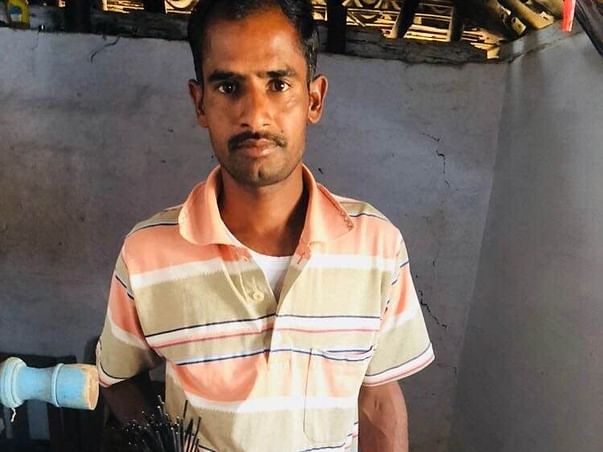 Manish is a farmer from a small village in Itarsi, Hoshangabad, Madhya Pradesh.

As a farmer he was mainly intrested in flori-culture, but since the transportation cost of the same didn't leave him with much profits, he had to shift to agriculture.

While working with flowers, he aspired to start his own business. Therefore he ventured to making incense sticks. He bought a machine for the same and began producing incense sticks. While at it for a period of 1 year, he realized that the cost of the essence for the incense incurred a lot of input cost as it had to be ordered or bought from Indore or Surat, which took his profit to a negative. Also, the quality of it was not good enough.

He now plans to get back to flori-culture again, so that the essence for the incense could be produced locally and the other remains of the flowers be used to make potpourri, manure etc.
Another issue being the branding of his business. There is a lack of legitimacy in his business because it does not have a brand name. Because of which the prices being offered or paid to him is very minimal, given that his products are of decent quality and the quantity for the same is also very good.

Three Gandhi fellows, Kanhay Kubal, Sahadeva and Jubeda Ali have initiated this crowd funding as we have had the opportunity to meet with him during our Learning Journey in Madhya Pradesh, with the help of a non-profit organization named Bharat Calling, which provides technical and enterprise support to Manish Varma

Hoping that this story touches your heart and your generous contribution touches Manish's life.