My 16-year-old brother works as a labourer to save our dying father | Milaap
Milaap will not charge any fee on your donation to this campaign. 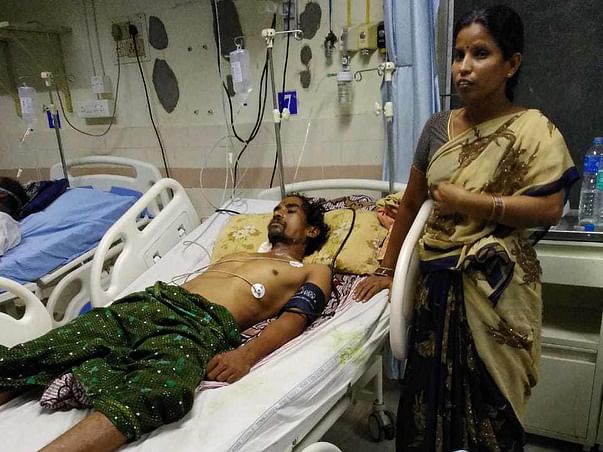 At an age where a teenager thinks about his life and pursuing his dreams, my 16-year-old brother, Balaji had to quit studies and take up a job to feed our family because our father is bedridden with kidney failure. When our father fell sick 4 years ago, he was only a child of 12, and our maternal grandparents were providing for the basic necessities of our family. But now they have also run out of resources and Balaji didn’t have a choice but to quit studies and join a factory as a daily wage labourer to provide for us.

Balaji left school, he didn’t even get a chance to finish his 10th grade. At such a young age, he has to shoulder the responsibility of our entire family. For 4 years now, we have been struggling even to get two square meals a day.

Our father is 40 years old and when he first fell sick with high fever, none of us thought he would be sick for more than a week. But when we took him to the hospital he was diagnosed with Malaria and malfunctioning kidneys.

Later on, we came to know that he used to have pain in his legs and frequent fevers. Initially he ignored the symptoms and didn’t tell us anything because we didn’t have any money to afford going to a doctor. But soon his symptoms started worsening. He would get splitting headaches, and throw up frequently. The pain in his legs was so bad that he couldn’t even stand without support. Then gradually his legs started swelling, leaving him motionless. Seeing him like that, we all got really worried and that is when he told us.

His treatment started in Bhimavaram, near our village in Guntur district. The doctors put him on dialysis immediately. But soon they realised that his condition needed better medical attention and facilities, and referred him to NIMS, Hyderabad.

When we came to Hyderabad for treatment, the doctors told us that both his kidneys had failed and that he has to be on constant bedrest. Initially they tried to cure him through medication and dialysis but his condition continued to worsen, and now only a kidney transplant can save his life. In order to be stable, he needs a dialysis every alternate day.

Seeing his only son sick, our grandfather died of a cardiac arrest

About a month ago, he fell really sick and his condition got so critical that he had to be admitted to the ICU for 15 days. During this time, our grandfather passed away from a cardiac arrest due to the stress of his only son being so sick. Our father, being sick and bedridden could not even attend his own father’s funeral and we didn’t have the money to do his last rites. The villagers pooled in money for his funeral and performed all the rituals on our behalf. When he gave this news to our father, he completely broke down, he felt guilty for causing our grandfather so much pain. He said he feels ashamed of being a son who couldn’t take care of his old father.

We don’t have any money left for his treatment. Even though he needs frequent dialysis and intensive medical care, we had to bring him home from the hospital. Every time his condition gets critical, we rush him to the hospital where he is immediately admitted to the ICU and as soon as his condition stabilises a little, we take him home again. Every alternate day, we have to travel by bus to either Hyderabad or Bhimavaram for his dialysis. The regular travelling makes him very tired and weak but what other option do we have?

Our maternal grandparents sold everything to pay for his treatment

Our maternal grandparents sold all their land to pay for our father’s treatment and keep our household running. But now, they don’t have anymore money to help us. So, my little brother had to take on the responsibility of feeding us and doing his best to provide for our father’s treatment and my education. I wanted to quit school too but he kept insisting that I continue studying so that I can have a good future.

He earns Rs 7500 a month, within this income he has to pay for our household expenses, my fees and also for the transport from our village to the hospital every alternate day. Our family friends in the village have been pooling money for his treatment too. But now all these sources are running dry and we are unable to pay for his treatment anymore.

He needs an urgent kidney transplant to survive. Every passing day is a test for him and without the transplant, he will not make it. But in order to get him the necessary treatment, we are in desperate need of funds and need your help. Every contribution you make will increase his chances of beating his illness and getting a second shot at life.

Please help us save him. 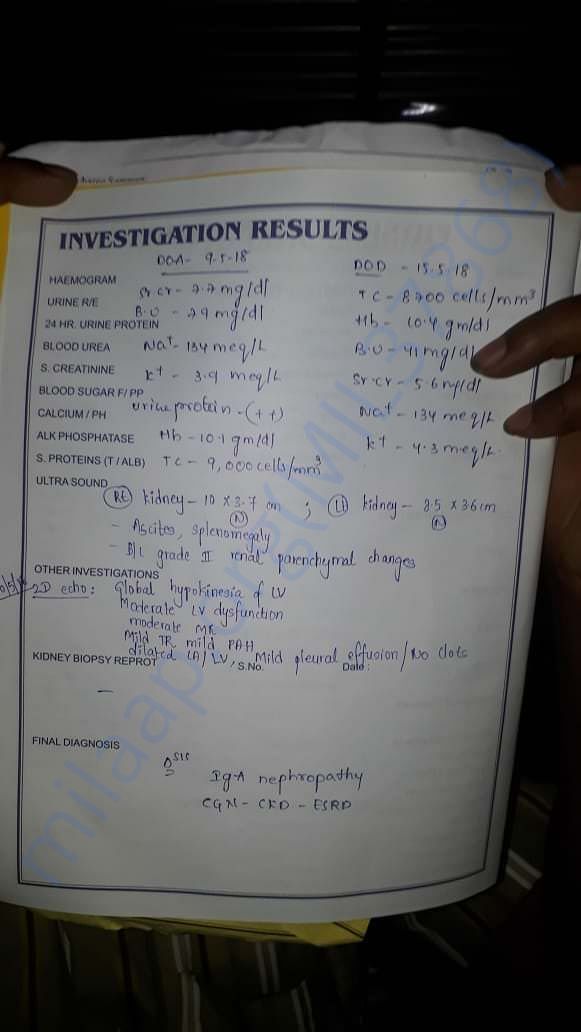 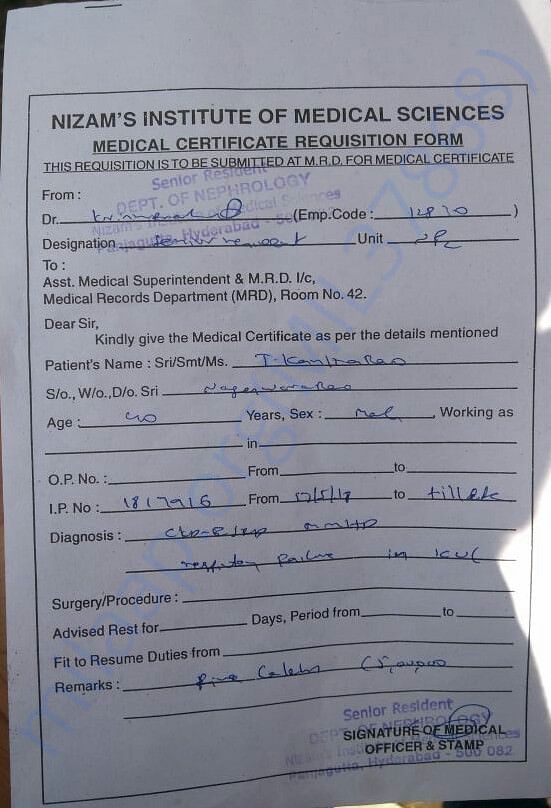 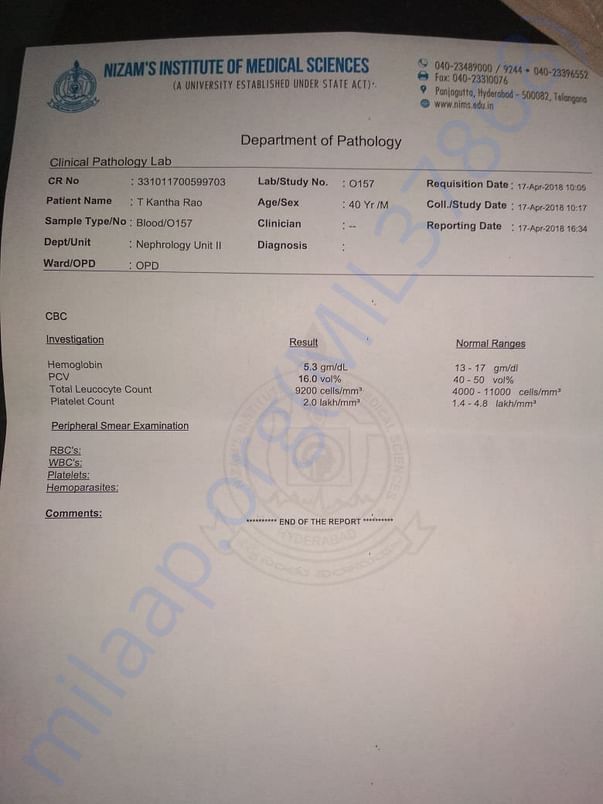 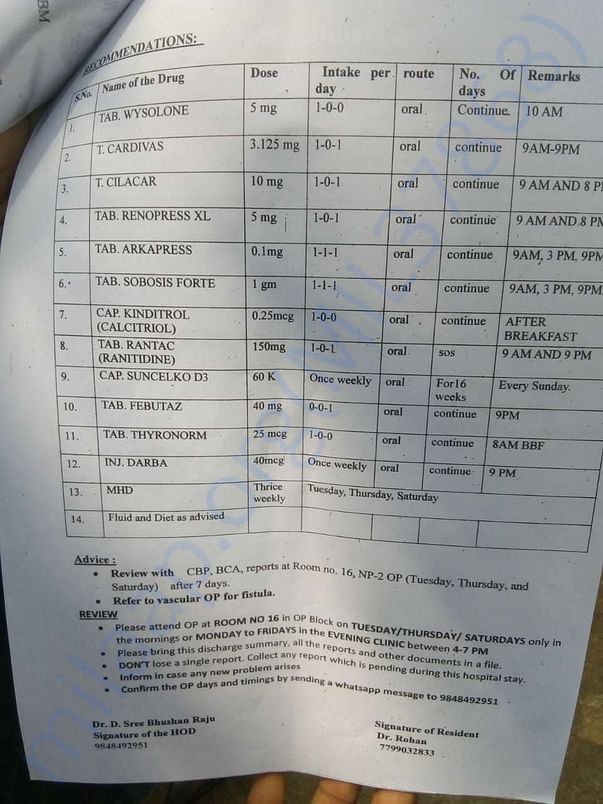 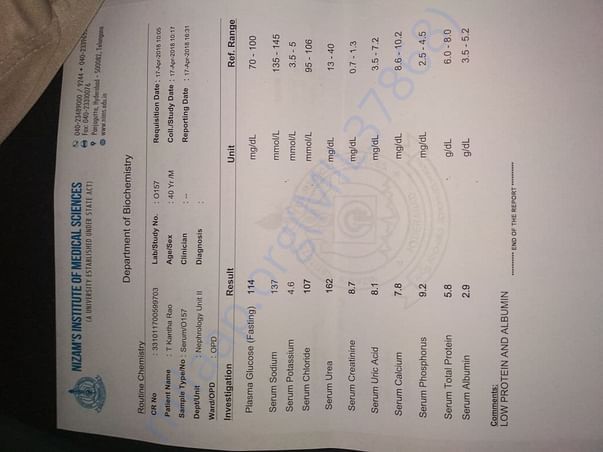 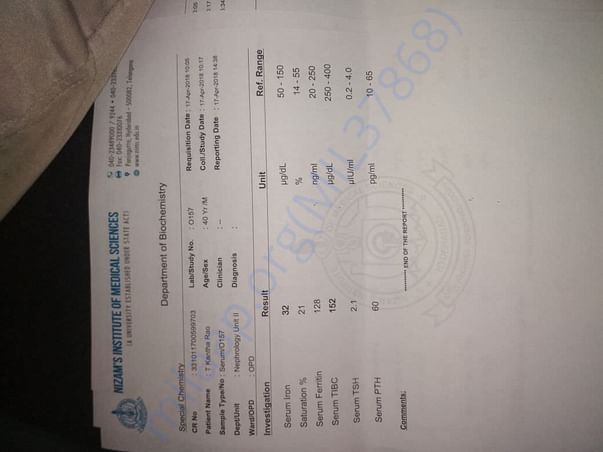 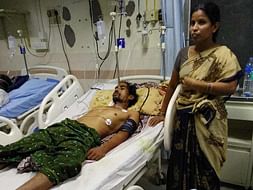