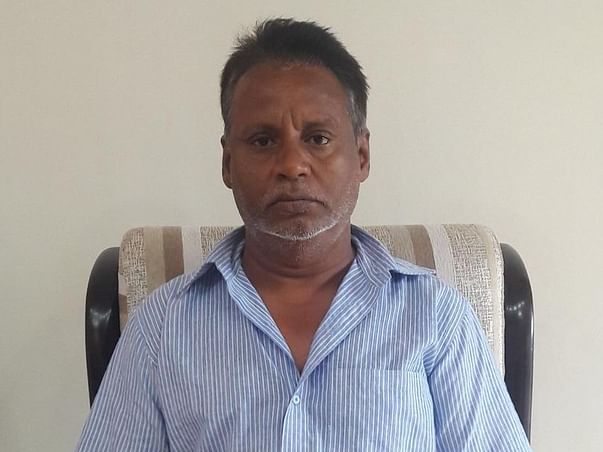 Jitesh is a 51-year-old who needs a valve replacement in his heart. An infection that wasn't caught in time led to the swelling of the valve which is now malfunctioning. His daughters Neha (24) and Twinkle (21) have just finished their education and have not been able to find jobs to help with their father's treatment.
For two weeks, Jitesh needed 24 injections just to live
The past three months have been hell for this family. At first they didn't know why he had a fever that wouldn't subside. Then, they were told that Jitesh had an infection and needed antibiotics. Even though he was admitted into several hospitals, his treatment did not progress as it should have.

“At first we took him to a hospital in Palghar. They started him on penicillin but then they stopped mid-way and discharged him. Unaware that the treatment was not over, we came back home. But in May, his condition became critical and we took him to the hospital again,” explains Neha.

The infection had by now severely damaged Jitesh's body. In particular, the aortic valve in his heart needed to be replaced. But before that, the infection had to be brought down. For over 2 weeks, he was given 24 injections so he could get better.
“The doctors wanted to keep him in the hospital because he is so sick and needs to be monitored closely. But we brought him back because we don't have the funds needed to keep him there. Even now, he needs injections worth Rs 9,000 every day and we dare not stop it,” Neha says.

It is hard to manage even the daily treatment at home

Jitesh's whole life was focussed on the present. He worked as a salesman selling plastic products to wholesalers. He earned Rs 4,000 and in that money he made sure his daughters were educated and his family had enough to eat. The family has never had any savings.


So far, Jitesh's daughters have not told him how expensive his medicines are because they just want him to get better. But the worry is not far behind. They have borrowed a lot of money from friends and family to pay their existing bills.


“We have settled bills worth Rs 3.5 lakhs and we need to pay another 1.5 lakhs to different vendors. Father's medicines are very expensive and we don't know how we will arrange for all of this. Even all the money we have paid is borrowed and we feel very alone and helpless without his help,” Neha says.

Neha and Twinkle have not had the time to attend any job interviews because they want to be around in case anything goes wrong. They really need some support getting through this difficult time. Contribute now and help them save their dad.