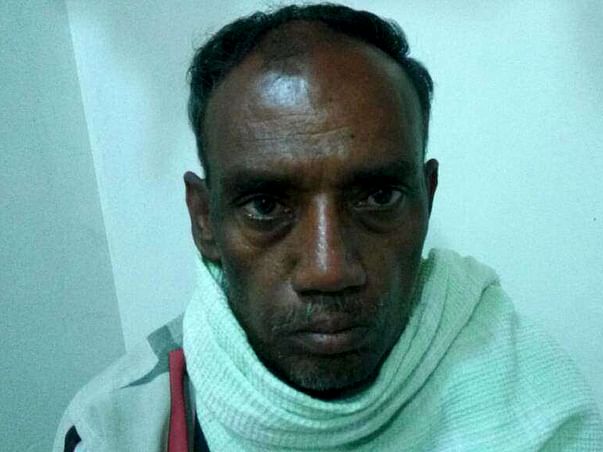 A year back, 50-year-old Jayanna had no idea what he was dismissed as an ordinary throat infection would turn out to be Cancer
“We have no idea when all of this will end. We don’t know if it ever will, or if there is anything called a permanent cure, in this case.  We have been going on this way for so long, but right now, we don’t even have the means to take one more step,” says Rajan, Jayanna’s son-in-law.

Jayanna has been a vegetable vendor. He devoted his life to his family, providing for them with what he made, with his vegetable cart. Now, his 24-year-old son has taken it up on his shoulders to fend for the family with his father’s cart.

Jayanna has been battling cancer for almost a year now. He silently suffered the unbearable pain convincing himself and his family that it was just an infection.
“What else can one do if he does not even have the means to battle something bigger. You don’t find the courage to even think it could be something so horrid. And he went on suffering without letting us know about it.”
Later, a doctor advised him to go for a scan. This led to the diagnosis. Jayanna had a cancer in the pyriform fossa, a part of the throat.
The family has already spent over Rs. 10 Lakh.

“Every time we had a test to be done, or medicines to be bought, we would have go mortgage ornaments till we had them. Then, we borrowed from friends and community members. That is how we have been surviving so far. Now, we don’t have any more sources. It is scary to think we will have to stop his treatment here due to this.”
Jayanna has devoted his whole life to his family. From pushing his vegetable cart around the streets in the scorching heat, to silently bearing the pain, he has stayed alive, just for his wife and children. Now, while they are desperately trying to save him, a small act of kindness on your end could save a life.
Estimation letter 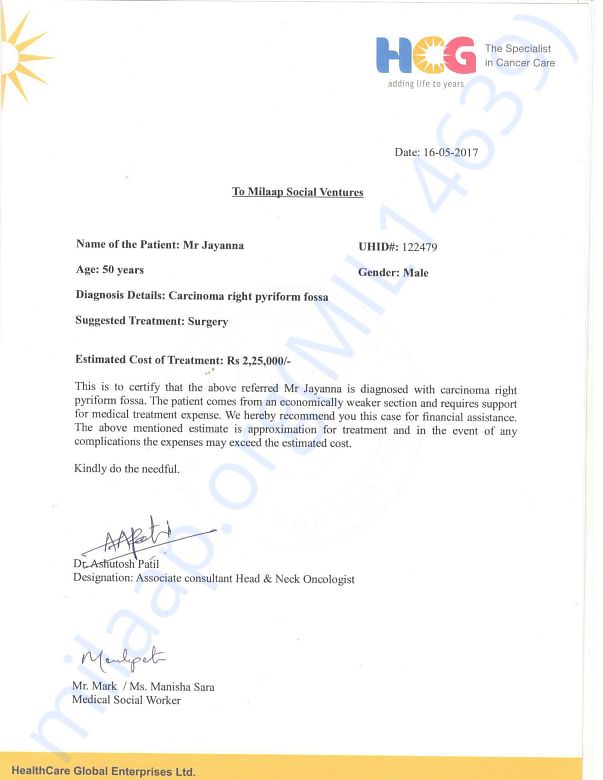 Report fundraiser
See how thousands are crowdfunding for their causes on Milaap
Rs.4,000 raised

Donated to this campaign via Paytm? Click here if you can’t find your donation listed below.
AT
Amrita donated Rs.1,000
A
AshokbRaj donated Rs.2,500

All the very best for a quick recovery.

Donated to this campaign via Paytm? Click here if you can’t find your donation listed below.
AT
Amrita donated Rs.1,000
A
AshokbRaj donated Rs.2,500

All the very best for a quick recovery. 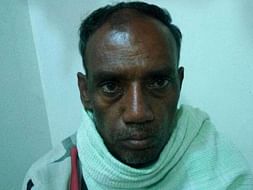