Ajay has a beautiful family. He lives in Indira Nagar Slum in Pune with his wife and three gorgeous daughters. Ajay is a hardworking person and loves his family.Three months back Ajay's elder daughter Janvi ( 8th standard ) was injured while playing a football in her school. The injury developed into a swelling. Ajay took her to nearby clinic and doctor thought its a minor swelling and treated her accordingly.

Unfortunately, the wound didn't recover even after one month. So Ajay took Janvi to Sasoon hospital which is one of the biggest government hospital in Pune. Even the doctors there thought that its a fracture or something nonserious and she was treated accordingly. One month was gone and still no results.
Its only after a few lab tests doctor realized that its a bone cancer.

Ajay was devastated and Janvi's entire family was shocked. Knowing Ajay's income ( 48000 / year) there was no way we would be able to bare the cost of treatment. Government hospital gave up and said that they are unable to treat her.  Also, it was too late as almost three months have passed in diagnosis and now cancer was spread in her body.

Since then, Ajay is running pillar to post to get some help so that he can treat his dear child. He could get some help here and there because of which Janvi could undergo chemotherapy in Dinanath Mangeshkar Hospital. Each Chemo session costed him Rs. 30,000 which is equivalent to 8 months of his annual salary. So far Janvi has gone through 2 chemotherapy sessions.

Now doctors have asked Ajay that they need to operate Janvi ( possibly remove her leg) before next chemotherapy session is conducted.

Ajay is in urgent need of money to save his lovely daughter.
We need to help Ajay to save Janvi's life.

Medical Documents are attached below: 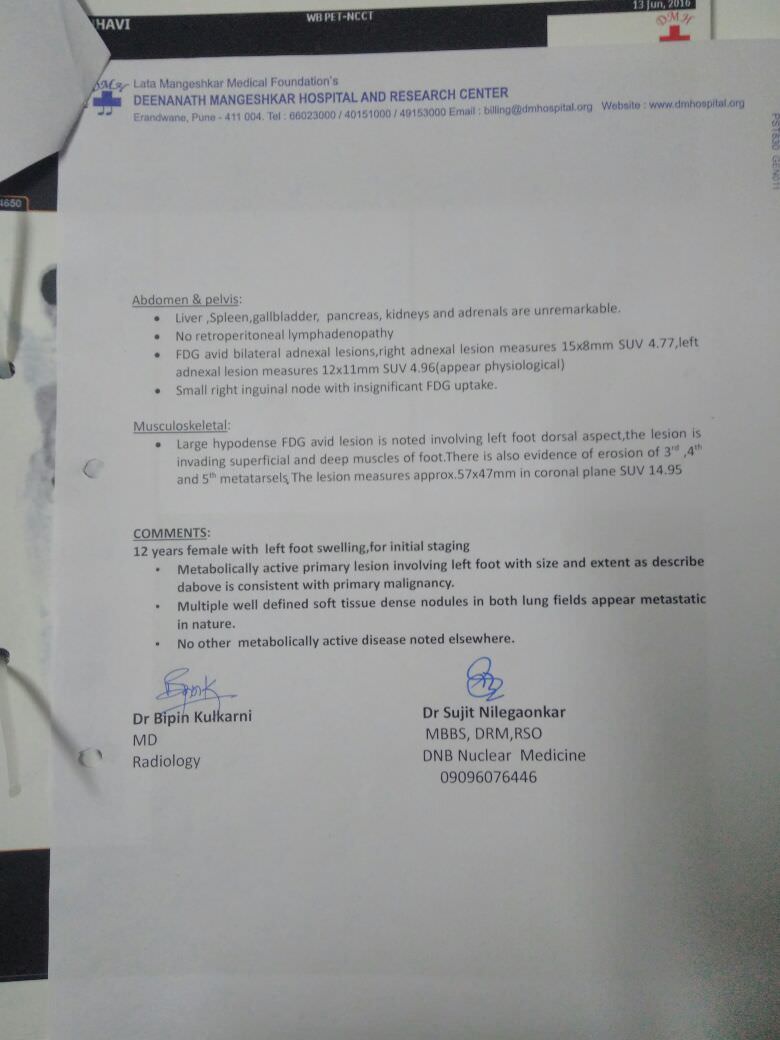 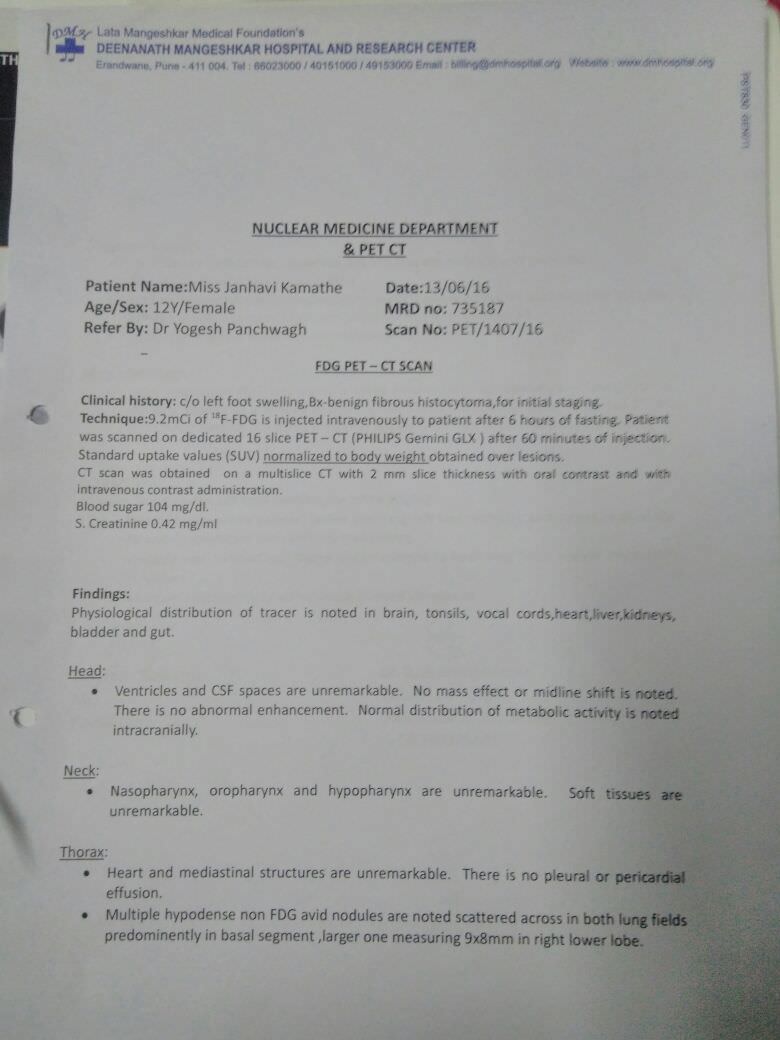