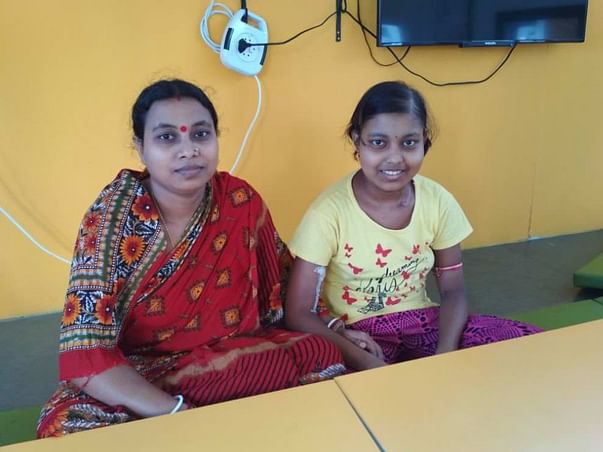 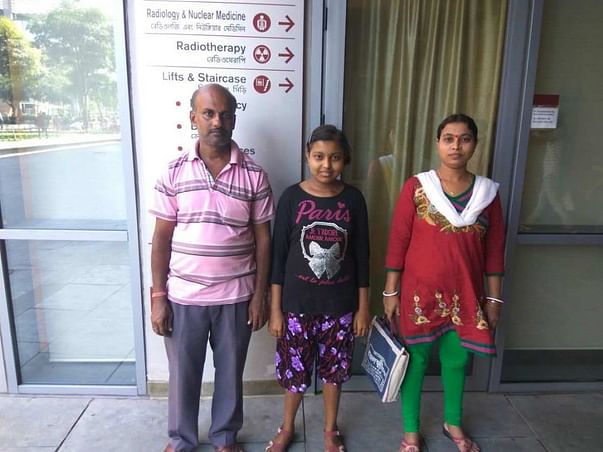 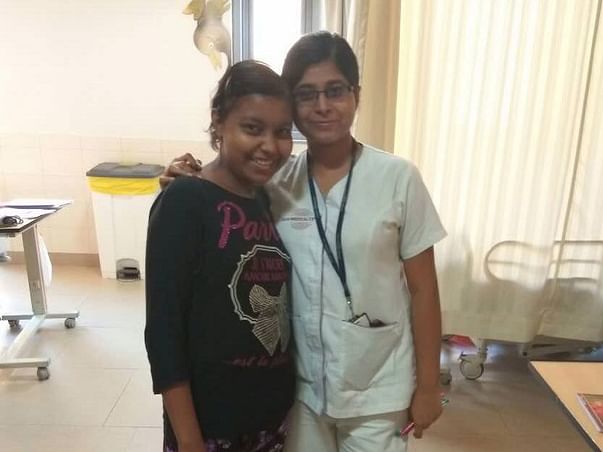 Share
A few months ago, Ishita noticed a lump near her throat. At first, Kallol and Eti, the parents thought it was a sign of heat, but when it kept growing, they visited the doctor. No one helped find the source of this sudden lump, and so these parents began their search for an answer from Ranaghat to Kolkata. Little did they know that their 12-year-old daughter has cancer and would soon be in a critical condition.
"We shuttled between hospitals until we reached TMC where we finally found out. It was not what we hoped to hear. She has Anaplastic Lymphoma - a rare type of non-Hodkin lymphoma where her white blood cells grow uncontrollably. Thankfully, Ishita’s condition is treatable if addressed immediately. Although it is fast growing, it can be cured with a year of chemotherapy if she starts now. Our problem is that we cannot afford the treatment.”'
While the family continued to contemplate on this, her symptoms just got worse. Ishita began having a fever, more swelling in that lymph node on the neck, loss of appetite, backache and extreme fatigue. She had to stop going to school because she could not get off the bed. Left with no choice, Kallol and Eti traveled to Kolkata with whatever savings they had, borrowed heavily from friends and family, and consented to start the treatment.
“When we kept her home or at the hospital since June, she began rebelling. While she felt her body weakening, she wanted to know what was really happening. I told her it was just an infection, but she did not believe me. She missed her life, and demanded the truth so it would help her make peace. I did not have the courage to tell her, so the doctor told her that she has cancer.”
Ishita has not been able to come to terms with her condition. She is terrified of losing her life. All day long, she is depressed and cries asking her parents why this disease chose her. Regardless of the reassurance that she can beat the disease, Ishita’s fear remains dominant of all her emotions, causing her to sometimes get uncooperative with the treatment.

“It has been a tough journey, and we have to go with it for a year now. This is the only way we can save our daughter. Kallol works at a factory for Rs. 3000/month. I make garlands and hardly earn about Rs. 1000/month. Generally, this is enough for us to run the family, but with her treatment, we hardly have enough to feed our children.”
She is just 12 years old, but she understands the struggle her parents are going through, and how difficult it is for them to fund Rs. 6 lakhs to keep her alive. While she is afraid for her life, Ishita is also worried for her family and what this illness means for them. Everyone in this family is suffering, and with some help, they can get through this.

Your contribution can help Ishita get the treatment she deserves.