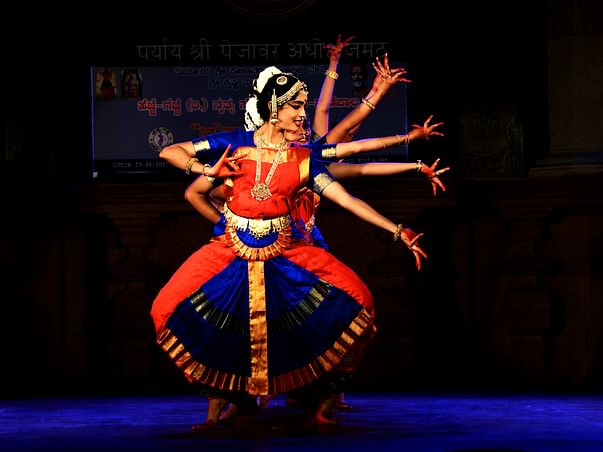 About the institution:
A School dedicated to Dance, Hejje-Gejje is the brain child of Vidushi. Smt. Yasha Ramakrishna, who felt the need to impart qualitative formal training to the children in and around Udupi and Manipal. Since it's inception in 1992, the institution has been rendering yeoman service in training the students in Bharathanatyam, Mohiniattam and folk dances.

Hejje-Gejje disciples have presented more than a thousand programmes at  State, National and even International level which have won wide acclaim from everyone and everywhere. Umpteen times , disciples of Hejje-Gejje have won State and National level prizes and scholarships.
And now, the Institution is celebrating it's 25th year anniversary and there are series of events that is being organized this year.

Vidushi. Yasha is being benefited by her expertise even to date, in attaining mastery in Tanjore quartet of Bharathanatyam. She later went on to learn Mohiniattam" from Sri. Raju Master of Kerala (disciple of the daughter of the great Kalyani Kutti Amma) from whom she even got the exposure to the Kalakshethra style of Bharathanatyam. At Rasavrinda School of Dance, Mysore , she has learnt folk dances of various states of India under the tutelage of Guru Smt. Nandini Eswar.

Having been admired and acclaimed by the scores of celebrities, critics and connoisseurs, Smt. Yasha Ramakrishna could gain appreciation both at the State and the National level. Since the inception of her School of Dance "HEJJE-GEJJE" in the year 1992, which celebrated its Decennial,in the year 2002, she has trained hundreds of disciples in Bharathanatyam and folk dances. Her students have bagged top prizes and awards at the State level and even at the National level and have received Government of Karnataka Scholarships, which bears testimony for the qualitative training imparted. More than hundreds of prizes lifted by Hejje-Gejje students at various competitions speak volumes about the exceptional perseverance shown.

Vidushi . Yasha Ramakrishna is a recipient of "Bharatha Prashasthi" conferred by Shri. Shri .Vidhyaadheesha Shripaadaru for her service rendered to the Field of Dance in Coastal Karnataka. She is also a recipient of "Nruthyakalaa Sindhu" Award from Bhaarthiya Nruthyakala Parishat , Mysore.
Vidushi Yasha Ramakrishna is now celebrating the 25th year of her Dance School "Hejje-Gejje", which she founded and is working towards harmonising several dance forms and creating novel and everlasting experience for her audiences.

Our Vision:
Our Vision is to nurture and promote Indian Classical art form to the present and next generations. As we are celebrating our 25th year anniversary this year in association with Sri Palimaaru Matha and Sri Krishna Matha Udupi.
We are organising series of events as a part of the grand celebration and endeavors like this are incomplete without financial support.

Funds will be used for the costumes, venues, artist renumeration, technicians. Even a smallest contribution will make a lot of difference.
Please do contribute and help us promote the Indian Classical Art forms.

We thank you for your support and look forward to your presence for the series of Events organized by " Hejje-Gejje (R.)", Udupi.

UPI: givetohejjegejje@yesbankltd (Copy to clipboard)
Or
Click here to read the instructions before you make a bank transfer. 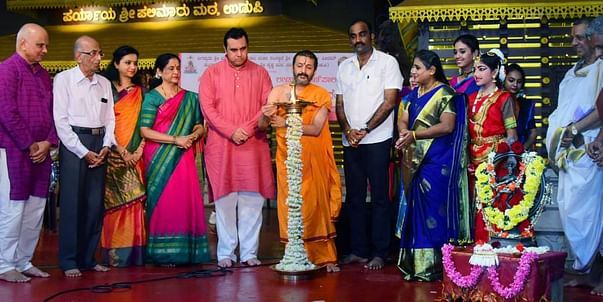 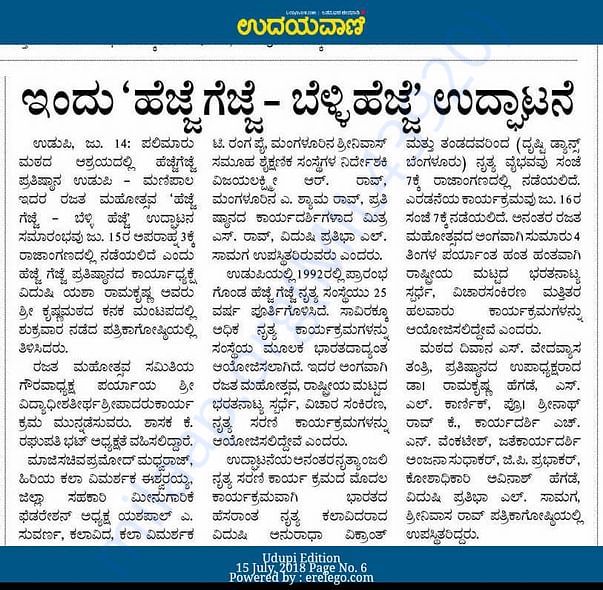 Performance by Hejje-Gejje students during the inaugural event 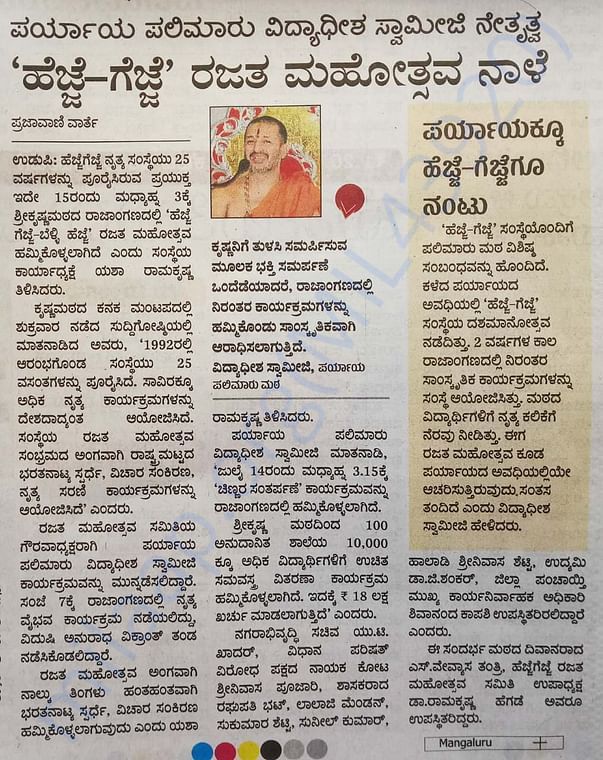 Performance by the Students of "Hejje-Gejje" 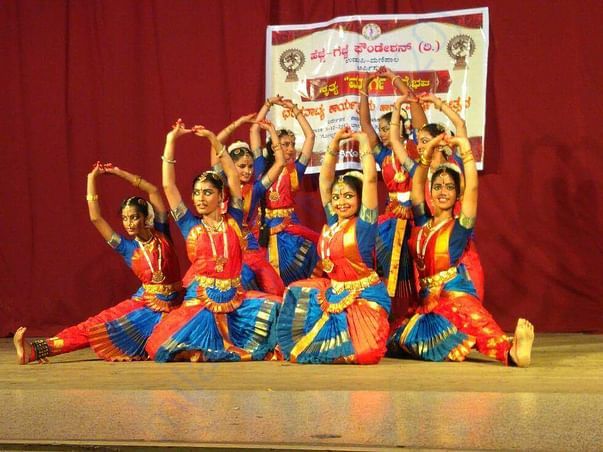 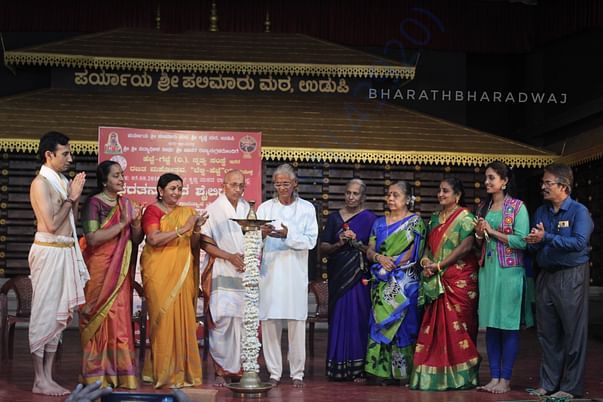 Article in the newspaper regarding Silver Jubilee celebrations 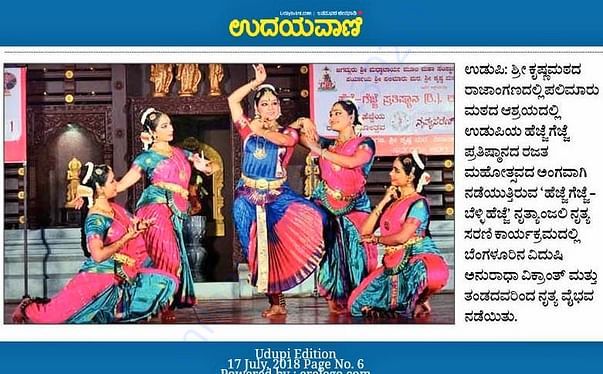 UPI: givetohejjegejje@yesbankltd (Copy to clipboard)
Or
Click here to read the instructions before you make a bank transfer.

Ask for an update
Donated to this campaign via Paytm or bank transfer? Click here if you have not received an email confirmation from Milaap.
Dear Supporters.

We wholeheartedly thank all the donors for helping us in celebrating our Dance institution's 25th year. A series of events are going on and we have invited so many artists from different parts of South India. We are looking  forward for more such events In the near future.

I’m art lover. I admire the efforts of Hejje gejje. All the best to entire team.

I’m art lover. I admire the efforts of Hejje gejje. All the best to entire team. 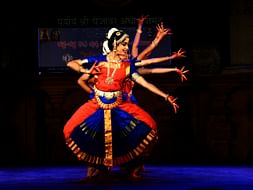