Share
This is the story of how a deadly cancer wreaked havoc in a small family in Tiruvannamalai. The parents, and their son travelled to Chennai to treat their son’s ear-ache. But, just before the lockdown began, 8-year-old Harshvardhan was diagnosed with blood cancer instead. Months of agony followed, and with his parents he remained stuck in the city for 6 months with no means to go back home. Now only a bone-marrow transplant can put an end to their misery. 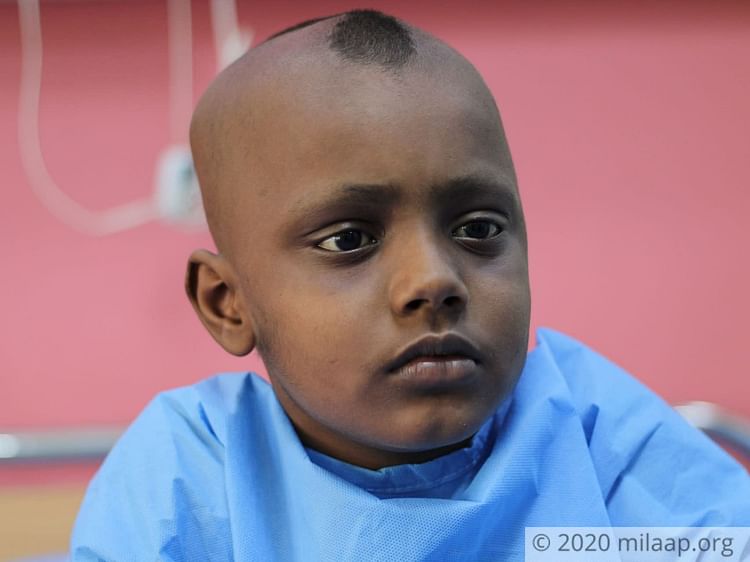 Throbbing ears, crooked mouth, and eyes that wouldn’t shut…he was in pain

“In February, he complained of a terrible ear-ache. He’d roll around on the bed crying. He couldn’t sleep. We took him to Chennai to get his ears checked, and scans said his ears were fine. He was in the general ward then, when suddenly his mouth went crooked both ways, and his eyes wouldn’t shut. I’d never seen anything like that before. He suffered for days, to eat and sleep. They’d stick his eyes close, with tapes. But that wasn’t all. His eyes swelled up and his nightmare continued.” – Deepa, mother. 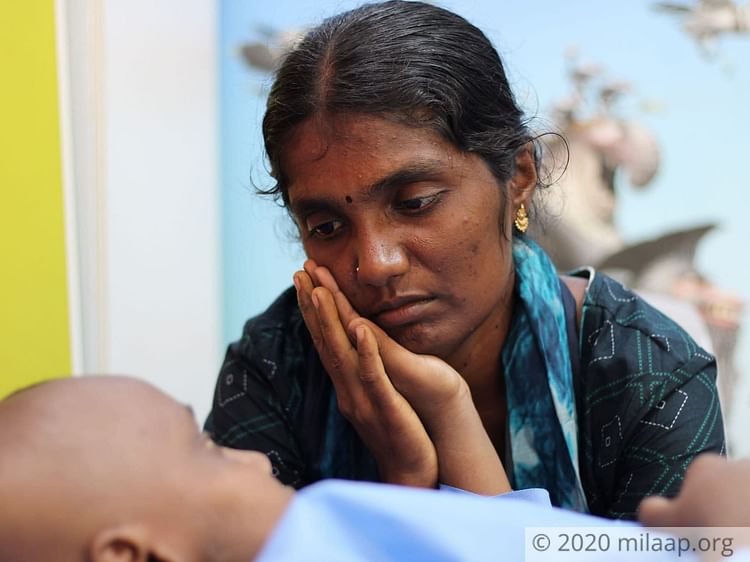 Scans revealed cancerous growth around both his eyeballs

An MRI of his swollen eyes revealed there were tumours right behind his eyes. Blood tests followed, and he was diagnosed with Acute Myeloid Leukemia, a deadly blood cancer. Chemotherapy began, and his eyes got better. But just a few weeks into the treatment, more complications showed up.

“His head went bald. He’d vomit blood. There’d be blood when he passed urine. Worst of all was when his brain started bleeding. He suffered from inexplicable headache then. He couldn’t drink a drop of water, and he became so skinny. It killed me to see him like that!” – Deepa. 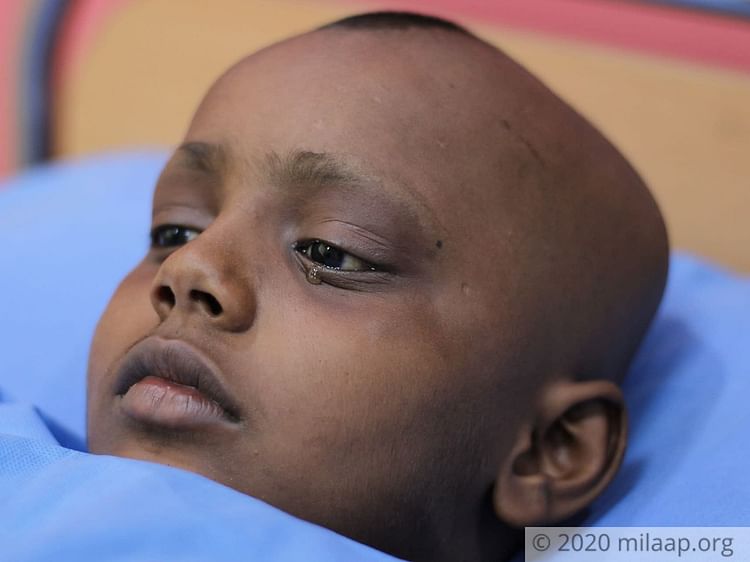 The tumours dissolved but without a bone-marrow transplant, it’ll come back

“We stayed here for 6 months, and his chemotherapy and radiotherapy were done. He required blood transfusions to keep him going. But with the lockdown, we struggled to find donors. There were days when we went all around the city just to buy fruits. We suffered, but it paid off. The tumours dissolved, and we went back home to our daughter. But they said it can relapse. We can’t live through this nightmare again. Only a bone-marrow transplant can put an end to this. Now we are back in the hospital again, this time with our daughter too.” – Babu, father. 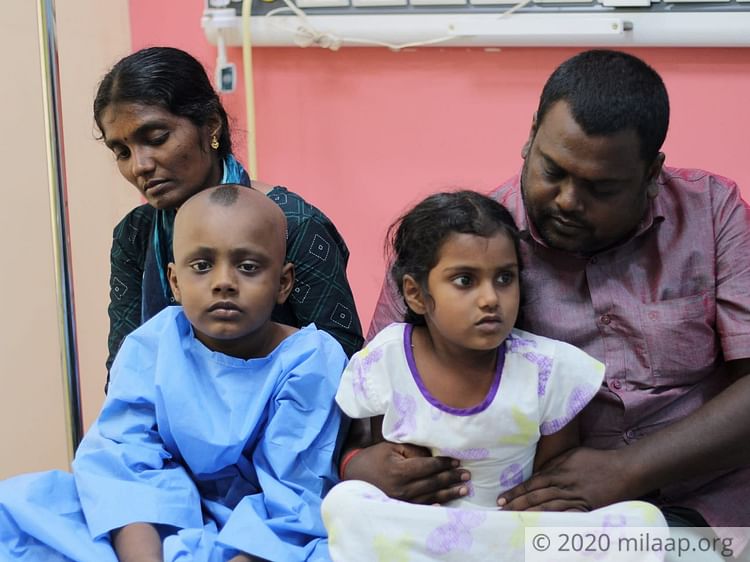 “3 years ago, my husband underwent an open-heart surgery, and had to quit his job. He did farming, while I assisted him by working at a private school nearby. But when Harsha fell sick, I had to quit my job to be around him. With farming, we got the day’s meals, and nothing else. Now, our daughter is the donor. She'll see needles too. She doesn't know what's waiting for her. She's so happy to see her brother, it's painful. Please help us beat cancer, and go back home!” – Deepa. 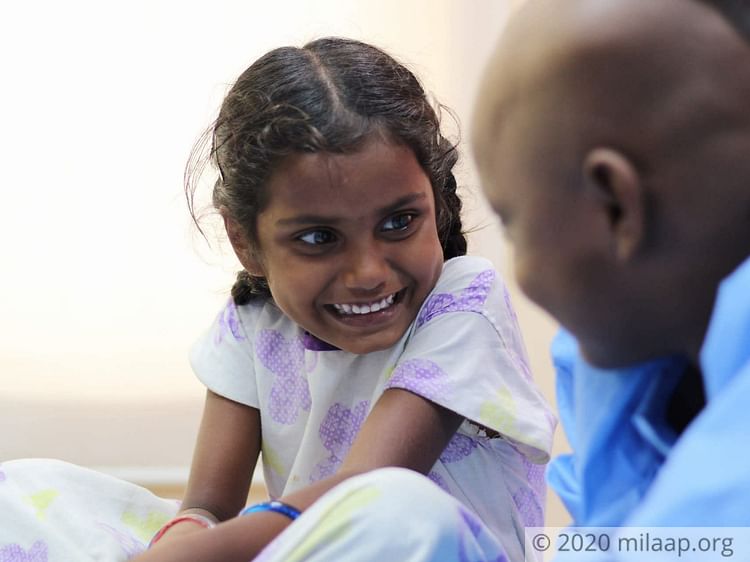 Your generous contribution can help this family put an end to the misery. Click here to save Harshvardhan.