Help Me Raise Funds For My Supernatural Theater Play | Milaap

Help Me Raise Funds For My Supernatural Theater Play 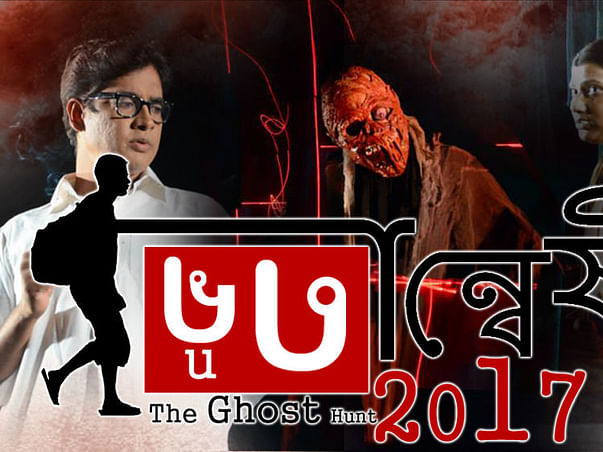 I am Indrashish Chakraborty (Eenu) and I live in Kolkata. My grandfather was and my father is actively involved in Bengali theater since the time before I was born, so my passion for theater developed at a very early age. Being an NIFT graduate my inclination towards creative art forms is very deep. I love telling stories in a more cinematic way still keeping theinteractive live first hand feel of theater intact. I have previously acted in 5 Bengali dramas and directed one play. My favorite genre is Mystery.
BHOOTANWESHI - The Ghost Hunt, is a play inspired from a Detective Byomkesh Bakshi Novel by Lt. Shri Sharadindu Bandopadhyay. I have already purchased the written permission to enact 100 stage performances based on the story "Byomkesh O Baroda" from the official rights owner for all works by Sharadindu Bandopadhyay.
Though previously many movies and TV series have been attempted on Byomkesh Bakshi, what makes this play unique is the fact that I have imagined Byomkesh as a modern day man. Imagining Byomkesh as a 1980's born man who is apassionate Wildlife enthusiast and a private investigator, while putting his soulmate and partner Ajit Bandopadhyay as an online blogger and mystery writer who runs a blog on Byomkesh Bakshi. Bomkesh in this play is also portrayed as a Die Hard fan of Feluda, another legendary Bengali detective created by Lt. Shri Satyajit Ray.
This story is set in present day Jabalpur, Madhya Pradesh. Where aman named Umapati Sen is murdered brutally by an unknown assassin. The plot soon intensifies when the GHOST of Umapati Sen starts haunting his old house.The entire locality and system gets tensed due to supernatural events which are further advocated by a local Ghost Hunter named Barada. When things start getting completely out of control, the local police seeks help from Detective Byomkesh Bakshi, who starts investigating this Supernatural Murder Mystery.
This is an Image from the rehearsals of the play, showing the makeup and costume of the ghost, the costume is designed by me while the facial make up is customized and imported from NY USA. I had completed writing the the 1st version of the script script back in 2015 though that version of the play was set in 1950's just post British Ruled India, I also started rehearsals for play (the lighting effects that you see in the above photo is also real) but due to absence of funds I was not able to stage the play. Back in 2015 I also took some video shots from the rehearsals to create a Youtube Trailer, the linkfor which is attached. But ever since then I started re-writing the script and finally came up with a modern version which can justify the transformation of Byomkesh Bakshi from Dhoti and Kurta to Tshirt and Denims.
This time round I aspire to design and construct the play in a very modern and scary way and plan to enact at least 10 stage performances of the same in and around Kolkata during September 2017 to November 2017. If invited and the additional expenses are taken care of, we are very eager to perform this in other states of India other than Bengal and also internationally. This script is written by me (Indrashish Chakraborty) and the Play will be directed by myself and Stantanu Nath who happens to be one of the very popular and prominent names in Kolkata theater industry. I am also planning to create a Byomkesh Bakshi theme song oriented music video, where the song will be song by one of the more popular present day Bengali Singers who will also be featured in the music video. We plan to use this music video for promoting our play and also to allure movie audience who are willing to have their 1st time theater experience.
Estimated Cost Division -
Set and Props Design and Construction - Rs. 85000
Costume - Rs. 25000
Music video recording and shoot - Rs.40000
Light scheming and designing charges - Rs.10000
Newspaper advertisements, road hoardings and Radio promotion, Colored Leaflets -Rs. 50000
Show cost for 5 shows - Rs. 215000 (Per Show Cost Rs.43000)
(Per Show Cost Breakup - Light operation - Rs. 6000, Makeup-Rs.3000, Hall Booking - Rs.10000, Dolby Speakers Rental - Rs.7000, Set Movementfrom store location - Rs.2000, Ticket Printing - Rs.1000, Music and projectionoperators - Rs.3000, Professional hired actor payment - Rs.9000, Tiff-inexpenses for the technical crew and actors - Rs.2000)
Rehearsal expenses - Rs.12000 (Including rehearsal room rentals, professionalhired actors travelling allowances for rehearsals and final rehearsal withlight and costume)
Milaap Fees of 4.5 % - Rs. 23000
TOTAL - Rs. 4,60,000
Scene from Rehearsal featuring Byomkesh Bakshi 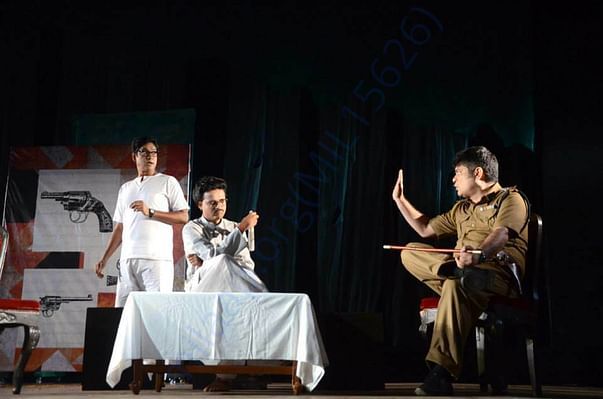 Another sequence from Play Rehearsal 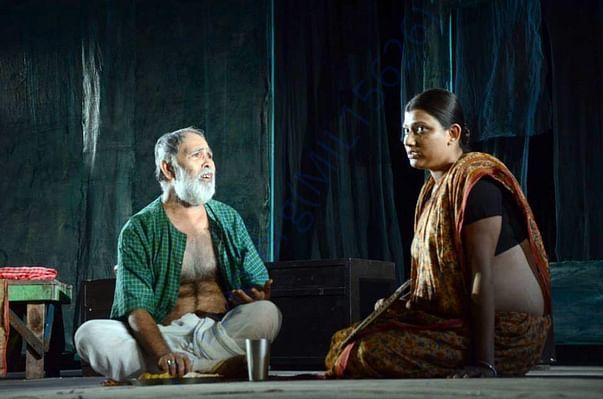 The Ghost Costume from rehearsal 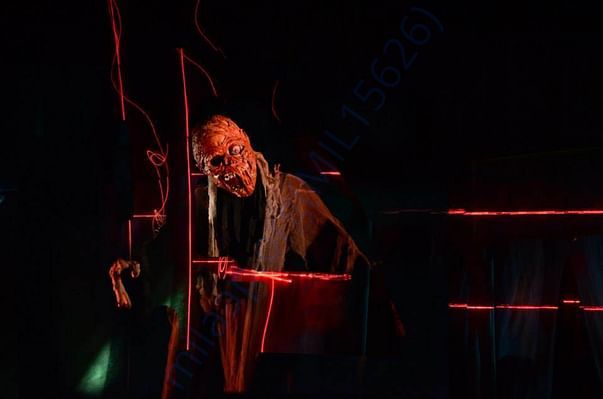 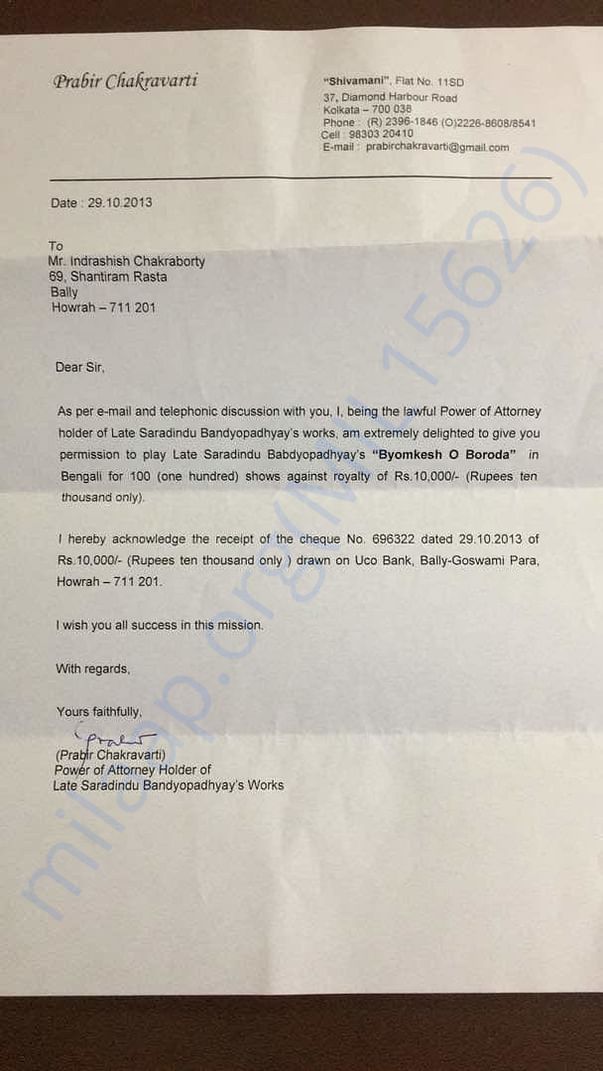 A fun choreographic scene from the play rehearsals 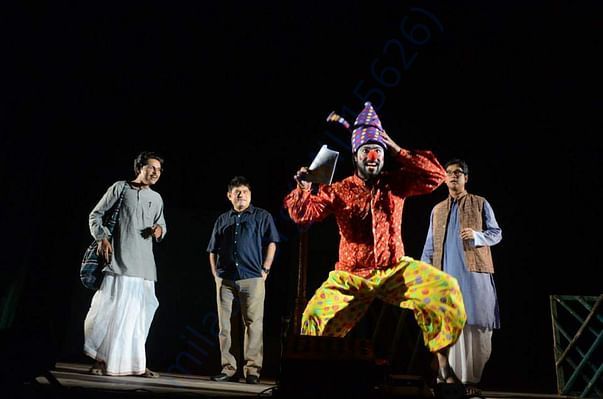 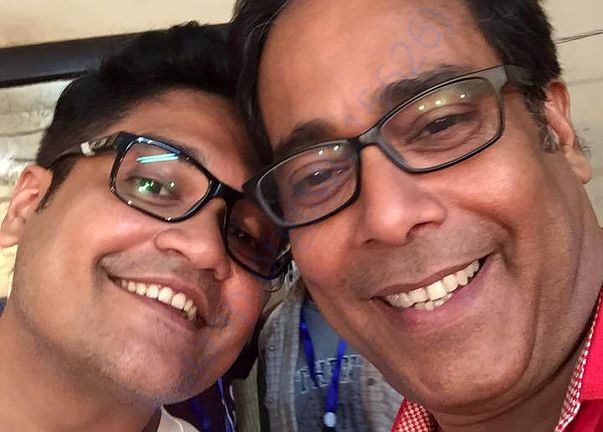 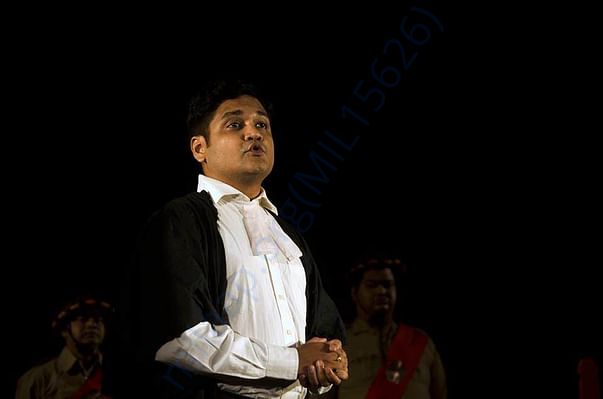 Report fundraiser
See how thousands are crowdfunding for their causes on Milaap
Content Disclaimer: The information and opinions, expressed in this fundraiser page are those of the campaign organiser or users, and not Milaap.
If such claims are found to be not true, Milaap, in its sole discretion, has the right to stop the fundraiser, and refund donations to respective donors.
Rs.0 raised

IC
You are sending a message to
Indrashish Chakraborty
Go back 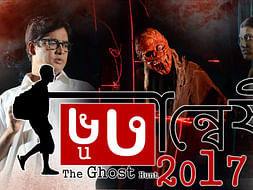 Help Me Raise Funds For My Supernatural Theater Play