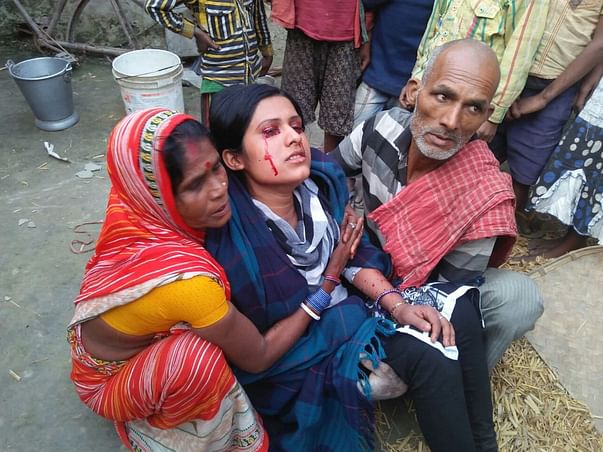 Geeta is a 21-year-old married young woman who holds a Bachelor's degree and lives in the Saharsa district of India. Her husband left her last year thinking of her as a witch when she suddenly started bleeding from her eyes.

It was only after taking her to some doctors that her parents came to know that she had to be taken to a metropolitan city like Mumbai or Delhi for the treatment as they were totally clueless about the condition. Dr Vinaya Kumar Singh, the CMO of the Sadar hospital found that surprisingly, her blood cell count and blood clotting functions were normal.

It is thought to be a case of Hematohidrosis- a disease that affects 1 in 10 million. It is so rare that many people including doctors don't know about it.

According to a study published in the Indian Journal of Hermatology, the many blood vessels which surround the sweat gland constrict or narrow under the pressure of stress, in this case. As the anxiety increases, the blood vessels dilate to the point of rupture. The blood goes into the sweat glands which push it along with the sweat to the surface, appearing as droplets of blood mixed with sweat.

Geeta's father who is a labourer is a poor man. He is completely baffled to know this and says that all his dreams are shattered after seeing her daughter's condition that is getting worse with every passing day. Blood has started to come out from her body as well. Her parents are afraid and helpless.
But they have not lost hopes.

The father has made an appeal to the doctors of the world for saving his daughter and putting an end to their agony and pain.

He is still hopeful of a miracle that would save their lives.
https://www.thesun.co.uk/news/5546828/woman-sweat-blood-from-eyes-branded-witch/