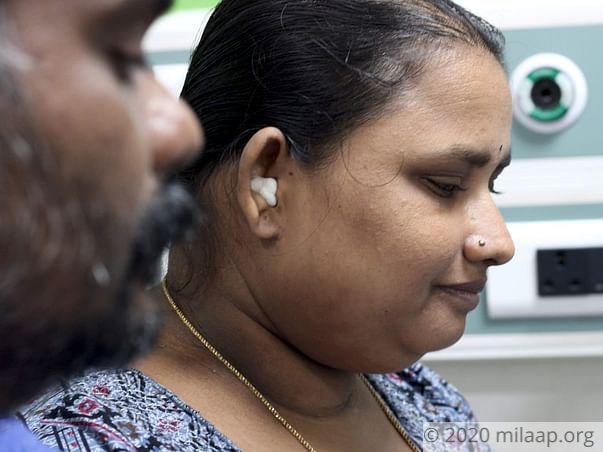 ”All this is new for me, for us! We did not know there could be these many complications involved at the time of delivery. I thought Lakshmi would deliver the child normally, and we’d take her home, and celebrate. That was how simple I thought it was going to be. Now, the baby is in the NICU, under all the tubes. She can’t breathe on her own, or drink milk. She has to be monitored every minute, they say. She’s just born, and they’re already talking about whether or not she’ll survive.” - Narayana, Father.

After 17 long years, Narayana and Lakshmi felt blessed, they thought all their dreams were coming true. Little did they know that fate had other plans.

She’s just a little longer than my palm

“My life till now, has been all about struggles. But now that our daughter’s very life is on the line, every other struggle seems petty.”

It was the sixth month of her pregnancy, Narayana and Lakshmi had come to Chennai for their usual consultation. Due to complications involved, the couple was advised to go for a caesarean as soon as possible. They had to save their child. Two weeks later, Lakshmi gave birth to an extremely preterm baby girl. The baby has been in the NICU for more than a month now, due to sepsis, and severe respiratory issues. The baby is still recovering and needs a longer period in the NICU in order to become stable.

After 17 years of prayers, the baby was born

Narayana and Lakshmi led a routine life in Nellore, with no one but just each other for company. They ached for a child to add colour to their life. After multiple failed attempts to have a child, the couple gave up. They were devastated. But 17 years after their marriage, when they were least expecting it, Lakshmi was told they were going to have a child. Their joy knew no bounds.

“Our life was simple, nothing to look forward to. I woke up, went to work at 10am and got back at 11pm. Every free minute I got, I thought of how life would be if we were to have a child. That was my life. As for my wife, she’s a house wife and hardly went out. Year after year, it had been a huge disappointment. There hasn’t been a temple we haven’t gone to. And now, after 17 long years, our prayers have been answered. We have a daughter! It’s still hard for me to believe! But…I’m afraid. What if all this joy doesn’t last for long?”

Narayana lost his mother when he was only two. At the young age of 7, he started farming along with his father for a living. When he turned 16, he joined a hotel as a waiter. 24 years later, Narayana still works for the same hotel, for an income of 9,000 a month. Ever since Lakshmi got pregnant, till now when the baby is a month old, Narayana struggling to make ends meet. His savings have been exhausted and he’s already neck-deep in debts that he knows he’ll never be able to repay.

“We’ve been waiting for this moment all our lives – for our baby to be born. But now, we aren’t able to celebrate it. I am torn between the joy of her birth, and extreme fear of the expenses. Where can I bring that money from? Even if I am able to borrow, how am I going to raise her when I’m neck-deep in debts? All I can think of is that! We’d be grateful if you’re able to help us.” – Narayana.

After years of prayers, their dream has come true! Your contribution can help it last.

UPI: givetonarayanaraju1@yesbankltd (Copy to clipboard)
Or
Click here to read the instructions before you make a bank transfer. 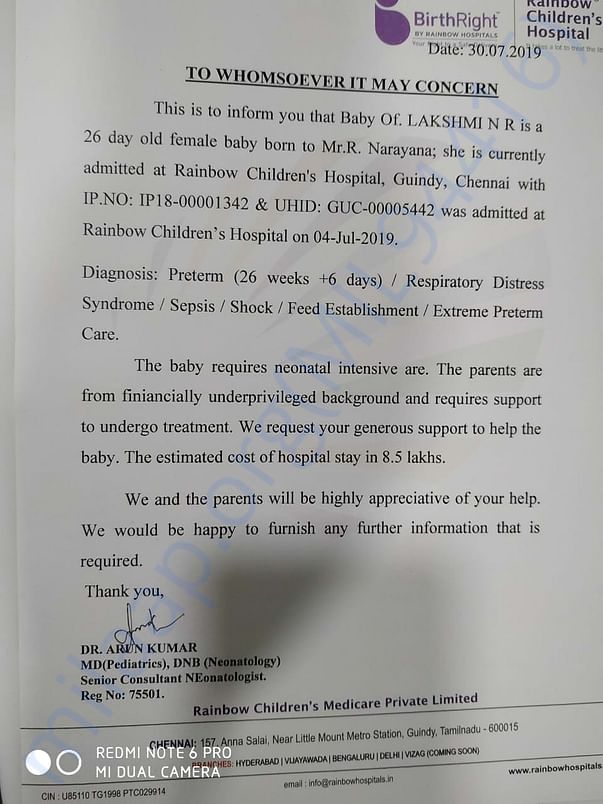 UPI: givetonarayanaraju1@yesbankltd (Copy to clipboard)
Or
Click here to read the instructions before you make a bank transfer.

Report fundraiser
See how thousands are crowdfunding for their causes on Milaap
Rs.23,067 raised 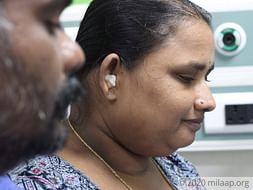