Share
It had started out as an exciting day. Manisha, four months pregnant at the time, could feel the little baby in her womb starting to kick. She wanted to tell her husband, Mithun, eagerly waiting for him to call during his break. But the call she received was from the company where he worked. They told the stunned wife that Mithun had an accident, and that he died on the spot.
It’s been just 3 years since that day, and now Manisha is desperately trying to prevent another tragedy. Anannya, the daughter she gave birth to, the only thing she has left of Mithun, is dying. 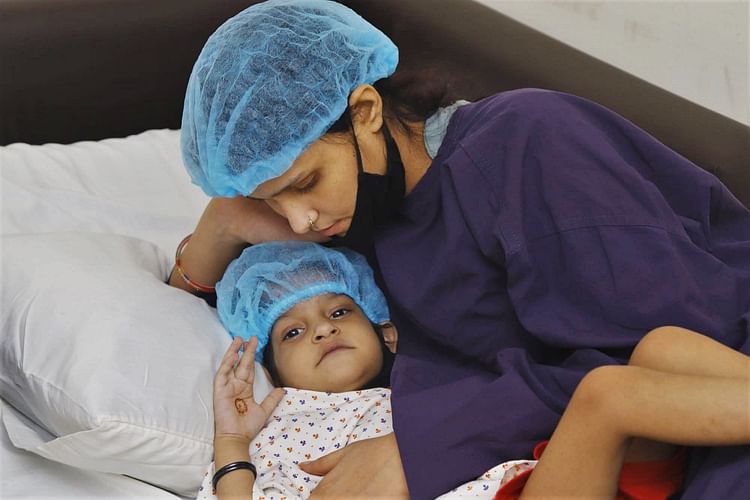 “I moved back in with my parents after the funeral, and a few months later I gave birth to my Anannya. For a year or so everything was fine, but then she started getting weaker. She would barely eat, and cry all the time. One day she cried so hard she stopped breathing! By the time I rushed her to a doctor, she had turned blue. They immediately ran scans and that's when I found out that my little one was born with four different heart defects. All of which are killing her!” 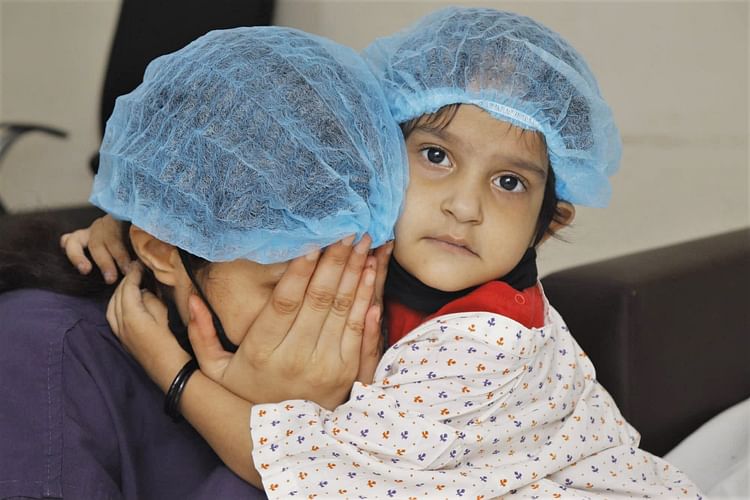 Her condition has reached a critical stage now

Anannya’s condition is quite rare, and very dangerous. Immediately upon diagnosis, Manisha started her daughter on a course of medication as per the doctor’s prescription. She has religiously followed it ever since.

“But instead of getting better, she kept getting worse. At first, those moments where she goes out of breath and turns blue, they used to happen maybe twice or thrice a month. But eventually it started happening twice or thrice a week! Now it’s so bad that only an emergency surgery can save her life!” 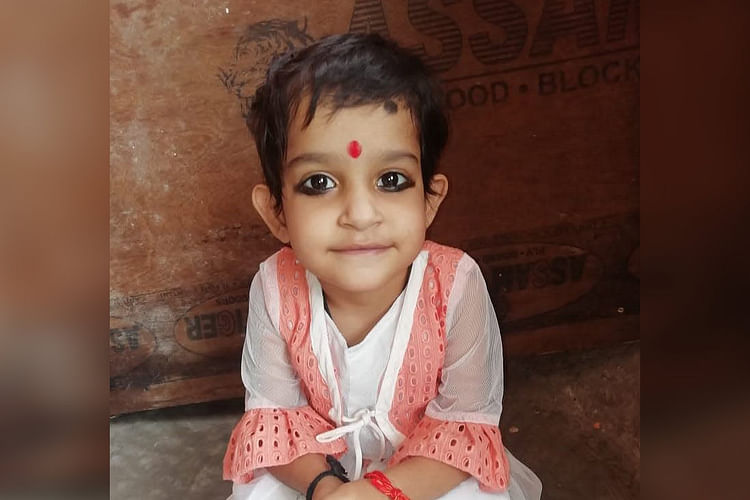 This little one needs urgent open-heart surgery to survive

Because of her condition, Anannya’s growth has been severely stunted. Though she’s three years old now, she looks like she’s not more than two. She’s physically weak, unable to run or even walk for long before gasping for breath. Her lips and fingertips are now permanently blue-tinged. All these signs indicate that she’s running out of time. If she doesn’t get an open-heart surgery within the next few weeks to fix the defects, Manisha may end up suffering another tragedy: losing her child. 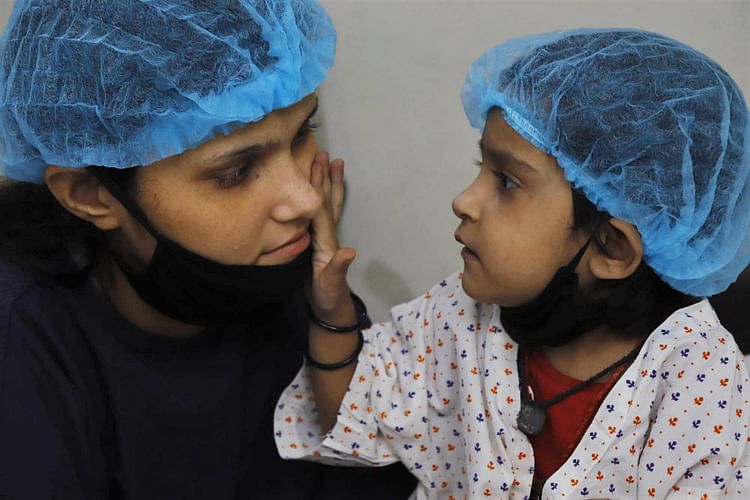 This mother is desperate and helpless, she can’t save her

“I prayed and prayed over the years that the medication would be enough, I prayed for my daughter to get better. I don’t want to lose her too, but the surgery costs 5 lakhs! I don’t have a job because I stay at home to take care of her. My father’s been supporting me and my daughter so far even though he’s aged, but he can’t afford such an expense either! Please, you’re our only hope now. Please save Anannya...”

Manisha has already endured great trauma in her life. Afterwards she tried to stay positive and strong for her daughter’s sake, but now that daughter is dying. You can help this family by clicking here to donate.