Dilip's online fundraiser for Others | Milaap
This is a supporting campaign. Contributions made to this campaign will go towards the main campaign.
Milaap will not charge any fee on your donation to this campaign.

Fundraising to help organic farmers come together to strengthen the responsible food movement. Support the project! 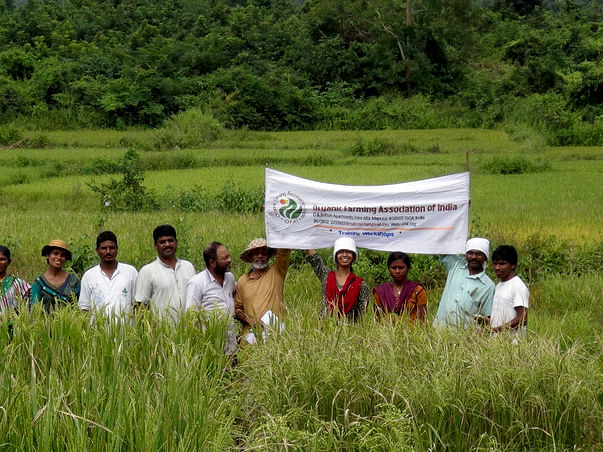 For the last five decades, the use of chemicals in agriculture has led to increasing quantities of chemicals in your food, air and water, leading to a general state of ill-health. Which human body can tolerate indiscriminate and almost routine consumption of deadly poisons? For thousands of years, people across the world grew huge quantities of nourishing food without choking their soils with artificial fertilizers made out of petrochemicals. How did they do that? Can't we do that all over again, and perhaps better? And, very importantly, would you like to support this major endeavor? We are fundraising to invite organic farmers from all corners of India to the 5th National Organic Convention. Read on further to know more!

The truth is that yields from organic farming – which avoids the use of synthetic chemicals altogether – are usually as good as those from chemical-based agriculture – and sustainable as well. The current model of chemical agriculture is ecologically and economically unsustainable and also a major contributor to global warming. Soil fertility and water tables have declined everywhere and farmers' production costs have simply spiralled. So now lakhs of debt-ridden farmers have been driven to despair and suicide. No organic farmer has committed suicide. It is simply a grand myth that organic farming yields are lower and cannot be adopted on a large scale. The real fact is, where knowledge is effectively available to farmers – and Government policies are supportive – organic farming is known to yield better and healthier produce.

Starting with just 12 villages in 2004, an innovative no-pesticide system of agriculture has today reached one million farmers managing over 3.5 million acres of land in Andhra Pradesh. As a result, a single village is now saving Rs 60 lakh every year, since its farmers no longer need to purchase expensive pesticides. Consumers are benefitted, because they can confidently access food not laced anymore with poisons. Farmers in these villages are coming out of debt, the happiness quotient has risen. Not only is the food safe, pollution of waterways is reduced and the public exchequer needs to spend less on doctors and hospitals and on fertilizer subsidies. The Organic Farming Association of India (OFAI) is organising the Chandigarh convention as a part of civil society's movement to expand the scope and reach of such wonderful farming innovations.

Come February 2015, a sizeable segment of India's amazing organic farming community will assemble in Chandigarh – the heart of the green revolution States of Punjab and Haryana – for a national convention. They want to change forever the way we grow our food: without chemicals, without pesticides, without genetically modified seeds, without destroying all the life in the soil. It's how you are going to contribute to this event that will indicate how really serious and committed you are to the idea of producing (and consuming) food grown without poisons. And supporting those who do. The 2015 Convention of OFAI and its partner organizations ( National Institute of Technical Teacher's Training & Research, Alliance for Sustainable and Holistic Agriculture and Kheti Virasat Mission ) is being designed to bring about huge and large-scale sharing of practical experience, techniques and ideas among about 2000 people – organic farmers, agricultural scientists, policy makers, consumer groups and others. Chandigarh, Punjab, is the venue. Once considered a model of agrarian prosperity, it is now reeling under the highest indebtedness per capita, depleted soils and ground water, and increasing incidence of cancer and illness caused by pesticides. The Convention will be held from February 28 to March 2, 2015. This could be the largest convention of organic farmers ever held in India and will directly and indirectly benefit lakhs of farmers and consumers, held re-orient agricultural policies and also impact positively on international trade.

The expected fund requirement for this mega-convention is estimated to be in the region of Rs. 70 lakhs. We are depending on government and humanitarian agencies and are hopeful that about 50% of this will come through these channels. Of the remaining, we are looking to raise Rs. 20 lakhs through this crowdfunding campaign.

Become a part of the Movement!

All organic farmers – who can afford the registration costs – will be paying their way. It's those who cannot pay that we are worried about. We are hoping that you can help them travel to the convention. We propose a Rs. 1,000 grant to all small and marginal farmers who want to participate in the convention. For every Rs. 5,000 donated, 5 good farmers can attend. It is unfair to load such costs on organic farmers. As it is, they do more than enough: producing safe food while keeping the soil intact and healthy. We are therefore approaching people who stand to benefit from access to safe food to dip into their pockets and ensure that no organic farmer who wishes to attend this convention will be deprived of the opportunity. So we provide you with an interesting way of doing something good: a contribution to ensure this event takes place and that it does not face any undue financial worries. If we do not get the money we have targetted, we would have to scale down the event – and its impact would also diminish considerably. For more information about the convention, www.organicconvention.in Claude Alvares Central Secretariat of OFAI -(Organic Farming Association of India) OFAI On Web

DK
You are sending a message to
Dilip Kumar
Go back 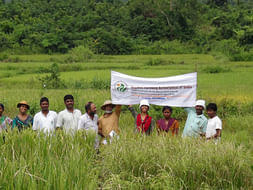 Fundraising to help organic farmers come together to strengthen the responsible food movement. Support the project!