Light Up Village Hipti (Ladakh) | Milaap
This campaign has stopped and can no longer accept donations.
Milaap will not charge any fee on your donation to this campaign. 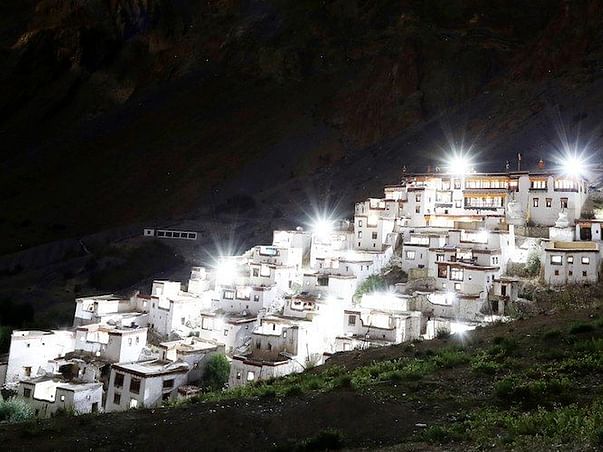 The Story
I knew it. I knew it back in the summer of 2014 whilst at college when a small girl from an urban slum tugged at my shirt requesting me to teach her for another hour. The same girl who till a few weeks back refused to walk out of her home and hid as I came into sight. A short stint in a social leadership program had done wonders. It brought smiles on otherwise glum faces and a sense of achievement to a young college student’s life.
I knew it again, back in the summer of 2015 when I successfully collaborated with and mentored a group of 6 girls for a pilot project in Delhi. This time as a continuation to the 2014 summer program.
Two consecutive years, first as an intern and later as a mentor at a social leadership program had not only helped the young boy understand the harsh ground realities of the poor but also helped him develop key social skills necessary to comprehend and grasp developmental issues. The boy’s life purpose was now clear: to implement holistic development models for the rural/urban poor and empower lives by formulating scalable & sustainable solutions. In many ways, the boy had tasted blood.
Flashback Feb-Mar'17 -  I solo backpacked across one of the largest states in India over a 16 day long tour. From villages to towns and suburbs I traveled in buses, trains, autos, on foot and stayed in hostels  along the way. The purpose of this trip was dual-fold. One a more personal one, to reconnect with my inner self and push myself to the limit. The other being to see and comprehend the ground realities of rural and urban India. And harsh they were. Even after close to 70 years of Indian independence, an easily accessible state lacks basic education, health and energy facilities. Some villages employ indigenous and inefficient ways of generating electricity such as burning charcoal and kerosene to light lamps, a health and environmental hazard. One can't even imagine the plight of people living in inaccessible regions of India such as Leh-Ladakh and north-east India. It was then that I decided to help develop rural India and implement solutions in a sustainable, scalable and environmentally beneficial manner in all possible ways.
Global Himalayan Expedition:  GHE seeks to provide clean energy, education and wireless connectivity access through solar power, to help improve the living standards of the rural population. The initiative focuses on implementing a holistic development model for the rural un-electrified Himalayan communities primarily in the Ladakh region.
GHE with its noble initiatives instantly grabbed my attention for it was in sync with my own personal ambitions. I have thereby been selected to be a part of a team to bring light to a centuries old remote village of Hipti, an attempt to end eons of darkness the village has been immersed in for ages come Aug'17.
Multiple expeditions by GHE have successfully solar powered 25 villages in remote areas of Ladakh. These villages are often so remote that it takes 4-5 days of mountain biking and trekking to reach them from the nearest motor-able road.
With sparse mobile connectivity and little to no medical facilities, clean and renewable energy is a must for these villages. Unfortunately, close to 100 villages are still plunged into absolute darkness after sunset.
Plan: I along with my team plan to take a 9 day round trip from Leh to install solar micro-grids in the village of Hipti and electrify the village for the first time ever in history.  For this we plan to employ solar micro-grid technological solution based on Direct Current (DC) technology. The capacity of these micro-grids ranges from 150W to 250W and can support upto 30 LED lights at a time. These are energy efficient LED Lights and provide 320 Lumens of light from just 2.5W of power. All our micro-grids are automatic in operation and switch ON whenever the sunlight is low and OFF when the sun is shining.
Where Do You Come In?
While I might physically install solar grids in the village, the expedition needs your constant support and encouragement. Solar energy, though a clean and renewable form of energy, is still an expensive form of generating electric power. On an average the installed cost of solar panels is between $7-$9 per watt, making it an expensive affair. Your help and contribution will help me and GHE procure solar grids, panels, wires and cater for lodging, transportation, food, welfare and other important project essentials.
The target thus is that of INR 60,000.
Can The Cost Of A Pasta Help Bring Electricity To A Village?
Support crowdfunding today with the cost of just a pasta(?INR250) and I along with all of you will solar power the village of Hipti.
"Little drops of water make a mighty ocean... Little by little the ant makes it's colony a thousand times it's size. It's amazing how something so small can make a colony the size of an average human-being...From the ant I learnt that a small beginning isn't what it seems to be... rather it's disguised success." 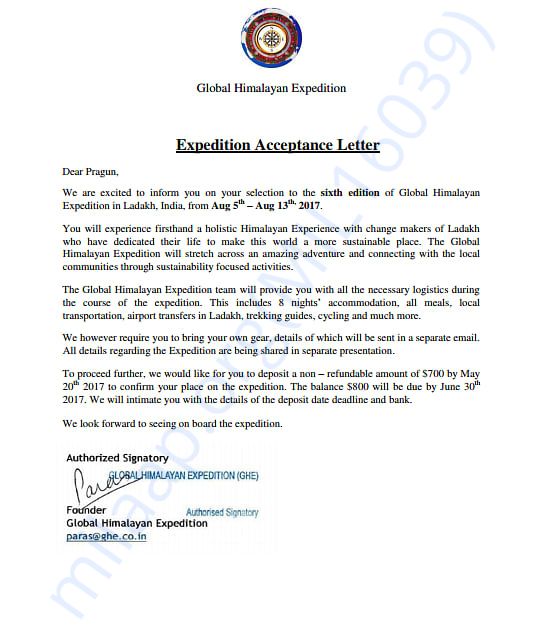 Ask for an update
Donated to this campaign via Paytm or bank transfer? Click here if you have not received an email confirmation from Milaap.
Hi,

Hoping for a quick resolution and also complete refund of money to those who have donated.

You are sending a message to
Pragun Aggarwal
Go back 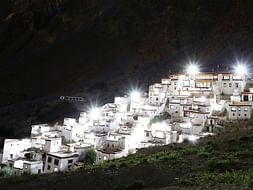