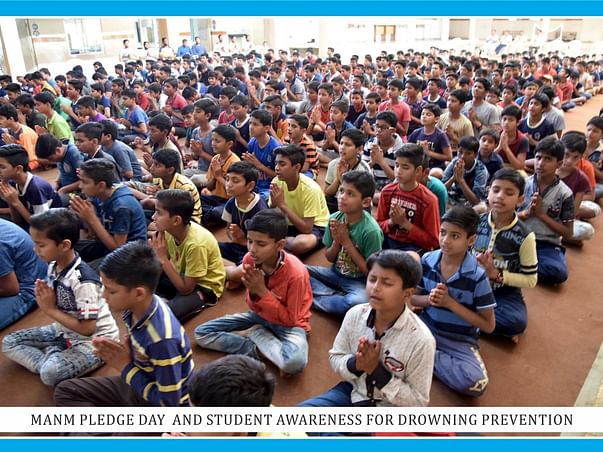 Background and Genesis
March 21, 2015; Mandar a 16 year old boy from Bhopal had completed his class X exams and went for an outing with his friends.
MANDAR NEVER RETURNED – he drowned in a notorious water body near Kerwa, in Bhopal, the capital of Madhya Pradesh which had taken 175 lived before and was colloquially known as "Maut Ka Kuan" - The Well of Death.
Pained and shattered, Mandar’s parents Vishwas and Pratibha Ghushe along with a few friends got into action vowing “Mandar And No More” and just from the 4th day of this tragedy on March 24, 2015 after the immersion of ashes in Narmada River in Budhni, Vishwas and Pratibha with their familiy and friends, resolved to prevent more drowning accidents on the spot "Maut Ka Kuan".
The First Intervention and its Success
The immediate action taken was to rectify the existing problems of the water-body at Kerwa, Bhopal, where Mandar and before him 175 others had lost their lives; by dewatering the entire area and having the uneven depths filled with boulders, getting security guards deployed and donating water safety equipment to Kerwa Police Chowki. The police and local community were sensitized. A Community Participation Centre was opened with the collaboration of Madhya Pradesh Police and Rotary International District 3040.
Strangely there was no mobile network available at the particular place which was not only a place of recurring disaster but also a popular picnic spot. This was a major concern since no one could be approached in case of emergency or SOS requirements. Mandar's parents approached BSNL and a tower was installed to address this issue, enabling communication for the masses. To acknowledge the efforts of this team, this tower was inaugurated by Mrs. Sumitra Mahajan, Speaker, Lok Sabha, on July 10, 2016 and was named "Mandar Tower". MANM is proud to state that there has not been a single case of accidental drowning at "Maut Ka Kuan" since their proactive intervention.
Going beyond Kerwa
Having seen these efforts of MANM, Mrs. Mahajan encouraged the MANM team to start similar intervention at the Patalpani water body near Indore. The work by MANM team at this site started in December 2017 and culminated into the Railway Department fencing the dangerous spots. No accident has been reported since MANM initiatives. On the eve of Drowning Prevention Day, October 5, 2018 BSNL also announced installation of a new mobile tower in that area to enhance communication. The MANM team of volunteers spreads awareness among people visiting that site, on the risks of drowning and mitigation measures.
Recognition of MANM Effort by the Government
The District Collectors of Bhopal and Indore have issued 2 orders in favor of MANM. The first was to mandate all private and government schools, colleges and universities in both the districts to organize programs on awareness Drowning Prevention in their institution, in collaboration with MANM Foundation.
The second order required all government officials in departments of irrigation, tourism, mining to provide MANM Team access to water-bodies, conduct surveys, allow photography and to provide required data for preparation of reports and recommendations on safety measures.
MANM’s Vision
To see a world where people are aware and sensitive towards the danger of drowning and are equipped to save themselves and others from any eventuality.
MANM’s Mission

Bring about an awareness on epidemic of drowning in the public at large and make them part of the solution. Our efforts should reduce the number of both intentional and unintentional morbidity and mortality by a significant number.
Goals
Our goal is to have a 100% sensitized society aware of the dangers of mortality through drowning and is capable of avoiding this mass killer through preventive measures and developing core capabilitiePeople's Mission addressing the neglected issue,
taking shape of the Foundation
MANM organized the first ever National Conference on Drowning Prevention in India, on February 12, 2017 in Bhopal. MANM has promoted October 5th (Mandar’s Birthday and also observed in the USA as “Do Something Good Day”) to be observed as the day for Prevention of Drowning and efforts are on to get it proclaimed as the National Day for Prevention of Drowning in India and eventually, at the UN as the International day for Prevention of Drowning.
MANM has adopted innumerable methods to take this issue closer to people and especially the youth. These include conducting programs like “Converse to Converge: C2C” bringing about awareness and sensitization through exhibitions, developing and releasing poetry book and song.
The parents of Mandar with the personal and financial involvement of family and friends had been carrying on all these works in an informal modus for 4 years till it was registered as a Not-for-Profit Organization in October 2018 under Section 8 of the Companies Act as Mandar And No More Foundation.
The Gravity of the Problem
While getting involved in the activities to prevent accidental death by drowning, MANM realized that they were actually addressing The Unknown - and what was This Unknown???
There are 42 drowning deaths every hour – about 2 every 3 minutes!
According to The International Life Saving Federation “The best scientific evidence available has taught us that 1.2 million people around the world die by drowning every year that is more than two persons per minute.”
In India, estimated 40,000 people reportedly die of unintentional drowning every year = 110 per day; approximately 5 per hour.
50% are youth - which means our country is losing 20,000 youth per year due to unintentional (accidental) drowning.


The Way Ahead - What Next
Knowing, studying and understanding the gravity of the status of unintentional deaths due to drowning; MANM has decided to address this singular problem in a dedicated move forward, by taking the Bull by its Horn. Using its 3-prong Strategy in form of the prevention triad projected, as under is doing this:

Create involvement of the masses through Awareness, Education and Sensitization
Looking at the magnitude of the issue the first and most effective action within the strategy is to create involvement of masses through awareness, education and sensitization, C2C = Converse to Converge.
The actions within this strategy (A) in order of priority would be to:
Have a minimum number of human resources till resources are mobilized and in place to ensure continuity of the action and also ensure that MANM does not lose momentum. The risk of this mission dying a slow death must be averted at all costs.
Mobilize a network of volunteers at 3 levels.
School and college going youth.
Distinguished members of civil society and Community Based Organizations like Rotary, Lions, NGOs, INGOs and others.
Bureaucrats and experts from different departments of the Government who could influence MANM efforts.
This would require aggressive meetings with stakeholders and identifying volunteers (not just listeners) and institutionalizing them under an informal structure.
Quality PPTs, well-versed speakers and expectations from volunteers.
Make a Job Description (JD) for all 3 segments of the volunteers network.
Ensure regular meetings – monitoring and evaluation against given JDs and action plans.
Ensure retention of volunteers through regular motivation.
Develop and disseminate awareness building and sensitization material for mass involvement.
Hold Annual Summits with credible sponsors, good speakers and a house full participation.
Attempt at having standees at all Government offices propagating the gravity of the cause being addressed while highlighting MANM’s contributions.
Have a dynamic and interactive website in place and be aggressively active on social media.
Impact Policy through Research for required action, Networking and Effective Advocacy
Have our 3rd segment of volunteers (Bureaucrats and experts  from different departments of the Government) in place in providing required data and information, while playing and active and effective role in implementing the 3-prong strategy of MANM.
Attempt at having standees at all Government offices propagating the gravity of the cause being addressed and MANM’s active participation.
Recruit interns for research papers.
Infrastructural intervention on making water bodies safer for public use with safety mechanisms in place
Identify water bodies, which are dangerous and responsible for drowning deaths and take corrective measures in collaboration with Government departments to prevent drowning.
Have proper, effective and multilingual warning signs at required sites.
Strong communication networks at all identified sites.
Mandar And No More does not expect its cause to be addressed by payed employees. Its is a network of volunteers who have adopted the cause contributing through flexi timings.

UPI: rzpy.givetomlpmandaran001@hdfcbank (Copy to clipboard)
Or
Click here to read the instructions before you make a bank transfer. 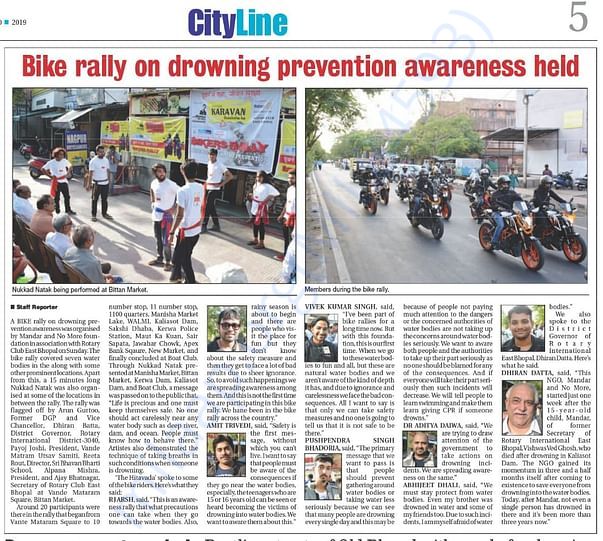 UPI: rzpy.givetomlpmandaran001@hdfcbank (Copy to clipboard)
Or
Click here to read the instructions before you make a bank transfer.

You are sending a message to
Bharat Parekh
Go back 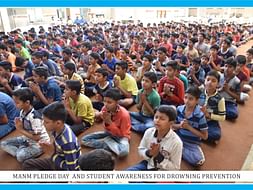