Blood cancer has numbed Dipanjan's entire lower body | Milaap
This is a supporting campaign. Contributions made to this campaign will go towards the main campaign.
Milaap will not charge any fee on your donation to this campaign. 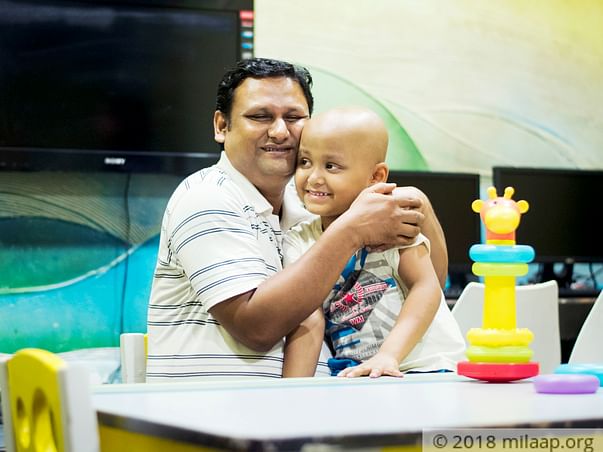 Dipanjan falls down even if he tries to take a few steps. His lower body has turned numb after severe pain due to cancer. His father holds him close and stays near him to support him. He had to quit his job to be near his little boy. With no income, this father lives in constant fear of losing his son to cancer.

"Whenever I meet my friends, they often talk about how they are being called to meet teachers because of their kid’s naughtiness.  My son doesn’t even know how it feels to be in school. He has not been able to make friends either because cancer has been his best friend for 3 years now.” - Sudip, Dipanjan's father

When Dipanjan was just 3 years old, he complained of severe waist pain. Instead of reducing, his pain spread across his lower part leading to numbness. He used to cry day in and out in pain. What his parents thought to be ‘growing pain’ was actually something else. The doctors told them that their baby has acute lymphoblastic leukemia, a severe form of cancer.


His parents Sudip and Anjana even have moved from their house in Krishnaganj, West Bengal, to Kolkata so that they can rush their son to the hospital whenever needed.

Cancer went away for a short period, only to come back more tragically

Dipanjan underwent chemotherapy from 2014 to 2017. After undergoing rigorous, painful chemotherapy and medication for 3 years, the parents’ happiness knew no bounds when they were told that their child is cancer-free. Little did they know that their happiness will be so short-lived.


“In February, this year, Anjana and I took him for his regular checkup. To our horror, his cancer was back threatening to take our child away from us again. Since last Saturday, he is admitted to the hospital again with a very high fever. His pain and numbness in the lower body never go away."- Sudip.

Cancer has taken away the normal life that a 6-year-old should have. What cancer couldn’t take away is that smile and playfulness on his face. It kills his parents to look at him in this condition. Anjana hides her tears so that Dipanjan can be strong and fight cancer. Without chemotherapy, he will not survive."

After quitting his job, it has become all the more difficult for Sudip to save his son

Sudip was working in a supply chain management firm until he quit in February. When Dipanjan’s condition deteriorated, the back and forth from hospital to home could also kill him - so this father did not have any other choice but to quit and move to Kolkata from Krishnaganj where he worked. Now without income, every day has become a struggle.

“I am failing to balance everything. In March, my dad had a heart attack and now Dipanjan is fighting for his life. I have no income now. Whatever help I received so far is gone. The little savings that I had made for our future is gone too. In just 5 months, I have already spent Rs 4 lakhs. Borrowing was the only resort and I am in debt now. I also have to pay Rs 8000 for rent. Spending every rupee is so difficult now. I am running out of money and my son is losing out on time.”

The cost required for his chemotherapy now is Rs 10 lakhs and without support, Dipanjan will not make it

6-year-old Dipanjan is suffering from blood cancer for the second time. His parents have done everything to keep him alive for 4 years now. They have spent everything they had and are in debt now. The cost required for his chemotherapy now is Rs 10 lakhs and without support, he will not make it.

Your support can help this child be cancer-free. 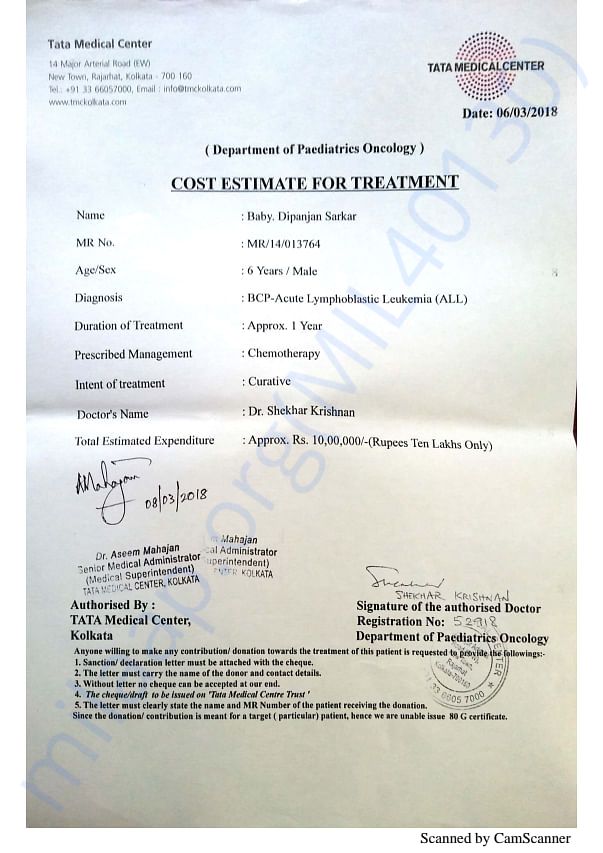 Thank you all or your love.

Dipanjan is undergoing maintenance protocol and it will continue for more than a year from now. Thank you all for supporting him.

Dipanjan's health is okay now. He is getting better. Currently, he is undergoing the fourth protocol of chemotherapy. We are all hopeful about his health. Once the chemotherapy treatment gets over, the further course of action shall be decided by the doctors, depending on his response.

Thank you everyone for being so supportive. We shall keep you posted.

Regards.
Sudip
Dear Supporters,
Thank you for your support.

Dipanjan is undergoing his third cycle of chemotherapy. He has responded well so far but there were few side effects such as fever and diarrhea.

Doctors have suggested he may also undergo maintenance therapy.
Thank you for your support up till now, we shall keep you all posted. 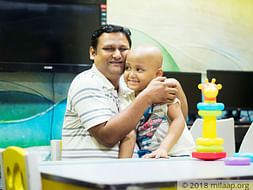