Help Govt. Primary School in Rural Punjab Raise Funds for its Children | Milaap
Milaap will not charge any fee on your donation to this campaign. 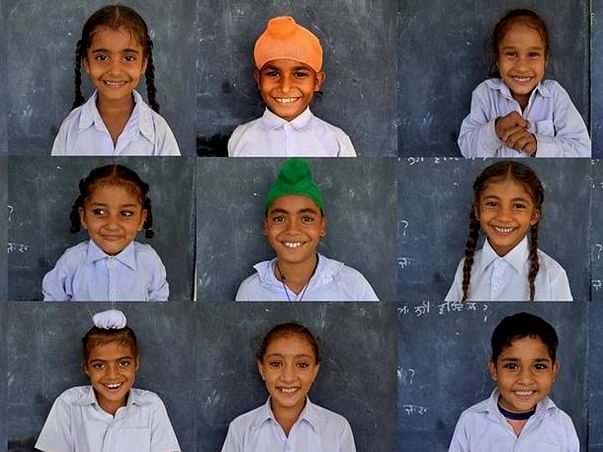 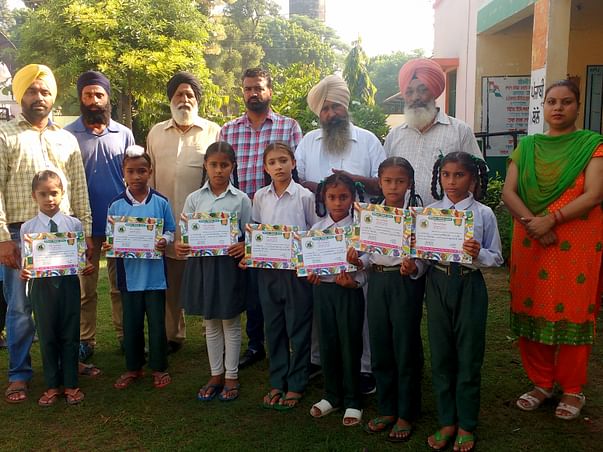 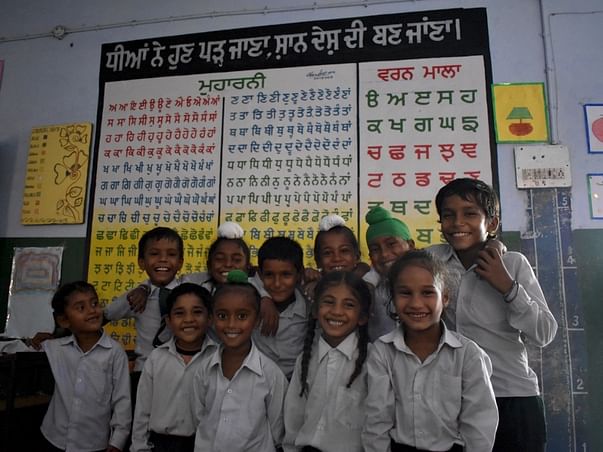 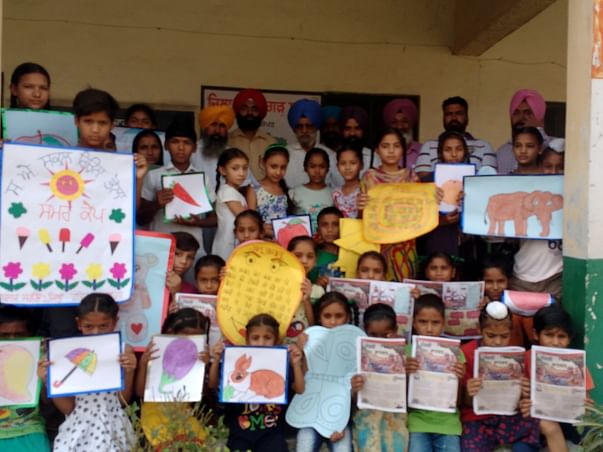 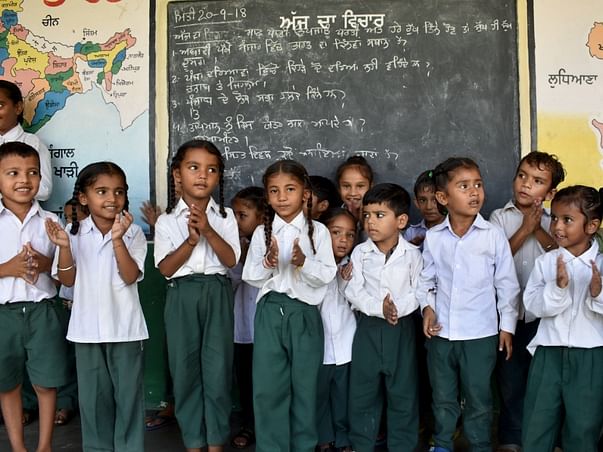 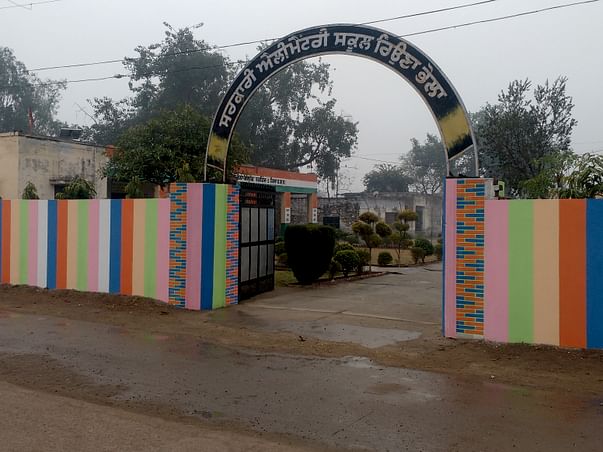 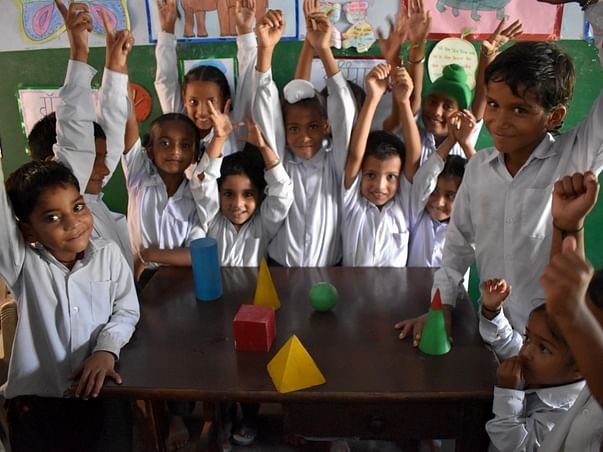 What Has Been Done So Far?

Government Primary School at Reona Bhola, a small village in Fatehgarh Sahib, Punjab is an interesting case study. Despite its 64 years of eventful history (refer below), a year and a half back, the school had a depressing count of just 30 students a year. It may have lead to a shut-down of the school eventually. But a motivated teacher of the school, Sukhwinder Singh, brought in a ray of hope. He started interacting with the community members and formed a registered society called 'Children’s Bright Future Society' (CBFS) which helped the school revive its infrastructure and reputation in the village. CBFS facilitated the development of a Smart Classroom with computers and an LCD Screen. It also renovated the school library and took many other measures to uplift the tools of education. The school now stands tall with an improved infrastructure and quality teaching. It also organized a 10-days Summer Camp in June’18, a first of its kind in this area. Watch the slideshow of transformation here.


Voila! Due to their efforts, within a year, the school was able to admit 22 new students in the Nursery section. The student-count has now increased to 60 and the school now attracts pupils from private schools and neighbouring villages as well. A small step towards the future helped the village members to join hands for a common cause and envision a school which helps children reach their highest potential. This earnest will is reflected in the words of Subhash Kumar, Secretary, CBFS “ਹੱਲੇ ਤਾ ਤੁਰੇ ਆ, ਪੌਂਚੇ ਨਈ” which could be loosely translated as ‘The journey has just started’.

What Can You Do?

One-third area of the school still isn’t covered by a boundary wall. That poses threat to one's safety as sometimes large snakes find their way inside the school. Besides, the school doesn’t have a proper playground and there are no swings for the small children. The school’s building looks dull and lifeless. All these factors adversely impact a child's overall development. Sukhwinder Singh, with his team of committed teachers and a supportive community, dreams of the school being well-equipped with all the facilities to promote a better learning environment. They want their children to receive an education that matches the quality of that being offered in any good convent school in the city (watch the video to know more). However, there is a limit to what can be done at a village level and that's why we need your help!  An extremely enthusiastic and well-intentioned community of around 1000 villagers is going to match your donation with theirs;

Your Contribution is Doubled by the Villagers

Out of total funds required i.e., INR 2,50,000, INR 1,25,000 is going to be raised in the village and 1,25,000 INR is raised online. Contribute as little as INR 100 to make an impact of INR 200. The community of GPS Reona Bhola has done a lot in improving the school and ensuring an accountability. It'll continue doing it in a better way. Now it's your turn to support their cause of making their village's school a model school competing with Kendriya Vidyalaya when to it comes to quality of education.

Why Community Engagement is Important?

In rural Punjab, through the example of Reona Bhola, we observed that the community is closely knit and willing to come together for a common cause. This spirit of the collective may make people work on common goals of the community like providing quality education to their children.

Although there is immense potential, yet a lot of communities are abandoning government schools. Families with decent resources are migrating their children to private schools; leaving behind the government school children who cannot afford an expensive education. This, among all things, sadly leads to segregation based on income and opportunity and most importantly zero accountability to make government schools better student learning centres.

We believe the community needs to start taking ownership of the government schools in their villages. Once the community is on board, accountability will begin to emerge within the school. Active indicators of this would be a rise in enrollment rates and an improved student learning outcome in the schools. By ensuring an active collaboration between the school and the community, we are positive that together we can go a long way!

Government Primary School, Reona Bhola has its origins in the house of the then Sarpanch Subedar (Retd.) Ram Singh Ji, who felt the need of an educational institution in his native Gram Reona Bhola and started teaching in 1954 in his house. The school strength increased to 60 in the successive four years.

In 1958, Ram Singh Ji laid down the foundation stone of the Government Primary School on land allotted by the Gram Panchayat and built two rooms with a courtyard adjoining the 'Community Pond'. Classes were usually conducted under a Banyan tree in the campus. The school strength stood at approx. 50 students including the ones from neighbouring villages (a practice continued till date), namely Reona Uchha, Dalomajra, Miyanpur, Patarsi Khurd, Deriya and Bahlolpur.

The school envisioned to expand its curriculum and provide sports facilities to the students. An initiative led by teachers Sohan Lal and Ved Prakash Sood, every student contributed three stones daily towards filling of the 'Community Pond' and levelling it to form a ground for the School. With both academic and sports opportunities, the school developed as a breeding ground for the educated youth and strengthened to 100 pupils.

Sarpanch (Smt.) Gurdial Kaur allocated additional funds to the School for the construction of three rooms and an office. He also facilitated the construction of a boundary wall. Under the guidance of Teacher Rachhpal Singh Ji, the school reached many milestones both in academic and sports events at the State level.

Armaanjot Singh, an ex-student of GPS Reona Bhola, joined the school in 2017 in 5th Standard from a nearby private school. Currently, he is studying in 6th standard at GMS, Pinjoli. According to his parents, "We were only paying fees for the last 7 years and our child didn’t learn anything but after attending one year in GPS Reona Bhola, he can read the Headlines on TV in Punjabi, Hindi and English, able to do Division, knows Maths tables to 25, is able to do his homework by himself and has a renewed interest in studies."

This success story, among many others, proves GPS Reona Bhola stands tall amongst many schools in Fatehgarh Sahib District. Amidst the increasing trend of enrolling in private schools, GPS Reona Bhola has reversed the trend and attracted students not only from the native village but also from neighbouring villages. Currently, the school has a strength of 60 students with 22 students in Pre-Nursery.

This campaign is made possible by the collaboration between Children's Bright Future Society, Panchayat of the Village Reona Bhola, Teachers of the Government Primary School, Reona Bhola and Sanjhi Sikhiya Foundation.

Children’s Bright Future Society was registered last year with the help of school alumni residing in the village. CBFS conducted monthly meetings with the teachers to discuss and improve school's condition slowly bringing along Panchayat and influential community members.

Sanjhi Sikhiya Foundation is a registered non-profit organization. It was born out of an aspiration that Punjab needs passionate individuals to come together and work towards the development of Punjab. Once these passionate and capable individuals commit to the cause by putting their collective time, efforts and attention for a long-term, we believe all change is possible. 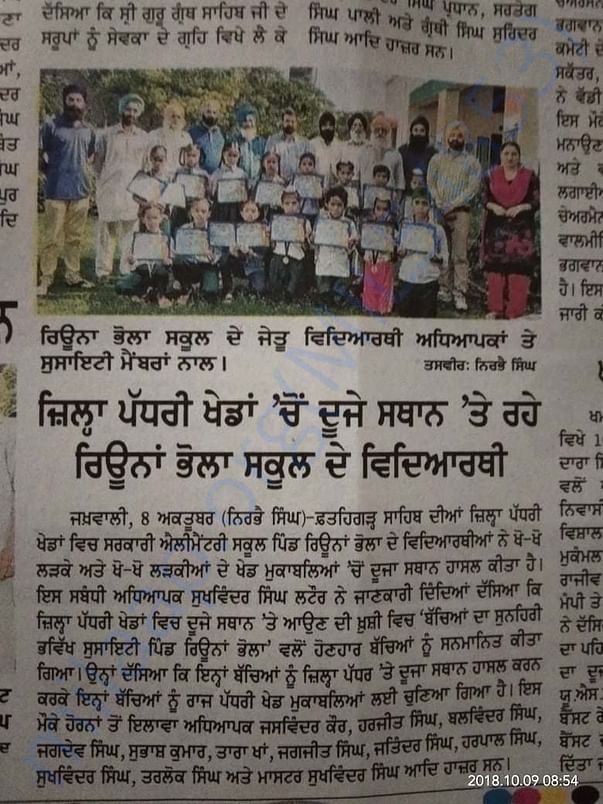 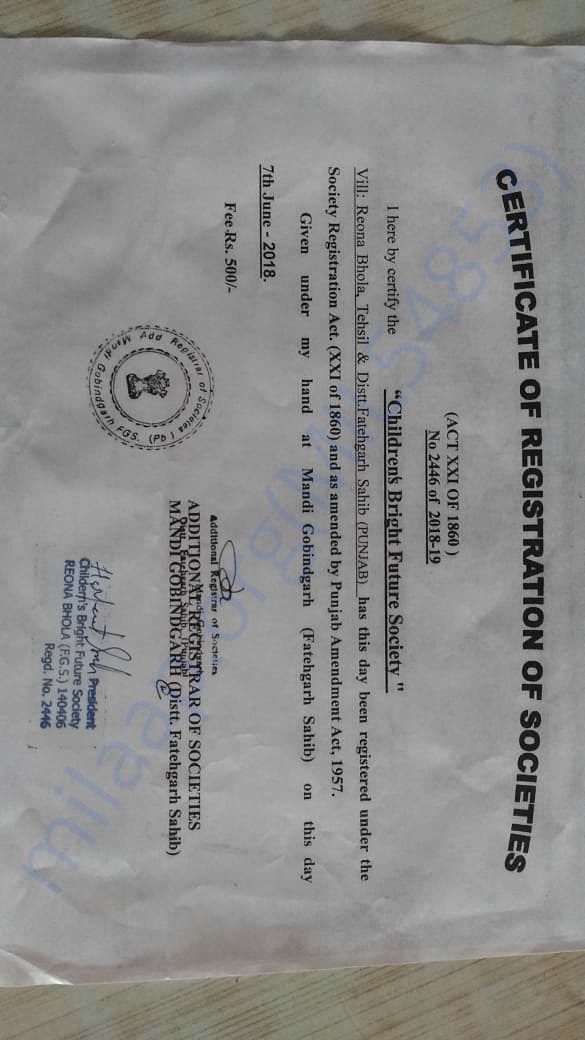 Ask for an update
Donated to this campaign via Paytm or bank transfer? Click here if you have not received an email confirmation from Milaap.
Thank you so much for your best wishes and support. We've reached 50% of our #SavaLakh target.

Help us reach our target so that we can make future of our children, bright.

Updates;
Here are a few pictures of Lohri Celebration in the school. Because of your enthusiastic participation in this crowdfunding we are also organising our annual festival. Please email at gpsreonabhola@gmail.com to get more details and invitation.

Help us reach rest of the target by 26th January 2019. Please share the campaign with your friends and family.

Thank you for doing this!

Scan & donate with any app
check_circle_outline Download payment receipt
Report fundraiser
See how thousands are crowdfunding for their causes on Milaap
Rs.67,900 raised

Keep it up. Sanity in India starts from educating everyone.

Keep it up. Sanity in India starts from educating everyone.

You are sending a message to
GPS Reona Bhola
Go back 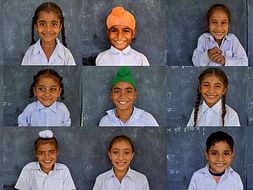