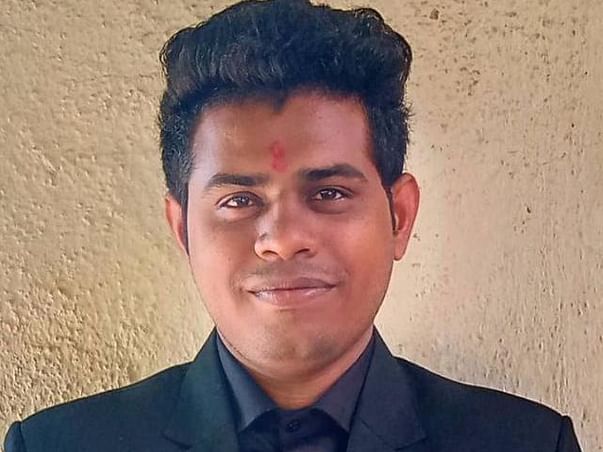 [Please Note]: Since we have revised the target in the same fundraiser, the actual funds available is 68 lakhs less than the total raised shown in the campaign.
About Devanand:
Devanand Telgote is a B.Tech graduate from IIT Bombay and he is a UPSC aspirant. He has cleared the Civil Services Mains Exam. He had interview scheduled in Delhi where he got infected with Covid-19. Due to lack of treatment and medical facility,  he had to return to his hometown Akola. After a couple weeks of treatment in Akola his situation still deteriorated and we had to move him to KIMS hospital in Hyderabad. He has been under treatment at KIMS for the past month and recently the doctors have concluded that Lung transplant is required to be able to save Deva
His father is a Retd. Army person Mr. Suresh Telgote.


As of 16th June, 21:
After our previous collection with this campaign, we were able to manage Devanad's treatment for the past month. We saw good recovery in his health till June 8th when he was shifted to General ward with no ECMO or Ventilator support required. As you'd have seen in our weekly updates, he was conscious and well, communicating with family and friends with gestures over video calls

However, the next day there were some compications caused by blood clot in his artery. This caused a cardiac arrest and his condition spiraled down after that. The doctors rushed him back to ICU and were able to handle the situation.

Currently Devanand is back on ECMO and Ventilator support and his condition is not improving. After analysis and attempt at treating via medicine Doctors have concluded that lung transplant is our only option at treating Devanand. In order to proceed with the Lung transplant, we would require to raise more funds as the family has already exhausted most of their saving towards the treatment till now.

Till date we have incurred the following expenses :
- Initial Treatment in his hometown(Akola): ~5Lakhs
- Transport to Hyderabad via Air Ambulance: 23.5Lakhs
- Treatment of Devanand in KIMS hospital(15th May- 15th June): ~45Lakhs
- Advance deposit towards Lung transplant: 30Lakhs

We have received the following estimate from KIMS Hospital to proceed with the process of Lung transplant:
- Surgery cost: 45-55 L (advance payment of 30Lakhs)
- Transporting the organ via air ambulance (basis location of donor ): 15-20 L
- 1.5 months minimum treatment after surgery at KIMS : ~1.5L/day = ~65 L

Apart from this fundraiser we were able to collect 30Lakhs in Devanand's father's account through donations from family and friends.

Hence we are re-activating this fundraiser with an updated target to be able to help Devanand and his family in this difficult situation.
We also request you to offer your prayers and blessings to bring our friend back to good health.
UPDATE:15th May, 21, 07:00IST
Devanand's latest RTPCR report is negative.
His father(also infected) is also doing much better today with nominal symptoms remaining.
The plan for today from KIMS team:
11:00 hrs: KIMS ET departs from KIMS Hospital
13:00 hrs: KIMS ET departs from Hyderabad to Akola
14:15 hrs: KIMS ET Arrives at Akola Airport
15:00 hrs: ET arrives at ICON Hospital, assess patient & update to KIMS team


Our Dear Friend Devanand Telgote is struggling with Covid-19. His lungs are severely damaged with 80%+ infection.  He is in very critical condition, HRCT Score being 19.

He needs to be moved to Hyderabad immediately with Air Ambulance for ECMO Therapy.
Air ambulance will cost ~15 lakh, and the ECMO Therapy ~ 60 lakh.
Furthermore, doctors have said lung transplant is being considered(we will update in a few days).. As of May 14 his medical treatment has already cost Rs 3 lakh and further required is another Rs. 70 lakh.
About Deva:
Devanand Telgote is a B.Tech graduate from IIT Bombay and he is a UPSC aspirant. He has cleared the Civil Services Mains Exam. He had interview scheduled in Delhi where he got infected with Covid-19. Due to lack of treatment and medical facility,  he had to return to his hometown Akola.
His father is a Retd. Army person Mr. Suresh Telgote.

Every little help will be a great support in a matter of life and death.
The entire amount that is donated will be spent for Devanand's treatment only ..

We will be regularly posting the updates here.
Thank you!!!!!!

Donate
0%
Be the first one to donate
Need Rs.21,000
Card, Netbanking, Cheque pickups
Or Donate using