CADET Program | Milaap
Milaap will not charge any fee on your donation to this campaign.
CADET Program 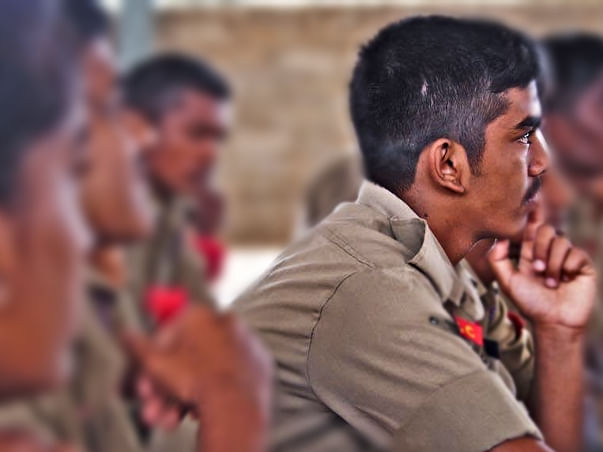 Share
Help develop the leaders of tomorrow! Help NCC cadets become better communicators, more effective contributors to society, more employable.
EXPA (NCC Exchange Participants Association of India) is a Society registered under the Karnataka Societies Registration Act, 1960, in Bangalore, Karnataka. EXPA members are NCC cadets who have travelled abroad on the NCC Youth Exchange Program, whereby selected cadets participate in a country-to-country exchange of cadets belonging to youth organizations of friendly countries. The YEP, in place since the 1950s, has included an estimated 5,000 cadets over the years.
EXPA’s objectives are broadly to develop the youth of India towards becoming responsible citizens, to assist the NCC in developmental activities, to create a forum for Ex-NCC Cadets and to promote International understanding via developmental activities.
EXPA conducts training programs for NCC cadets in NCC camps across the country. Starting in 2015, EXPA has conducted training in over 25 locations across the country, covering over 3,000 cadets. The training programs run for 2 to 3 consecutive days and focus on personality development in the areas of Communication, Critical Thinking and Creative Thinking.
EXPA’s target is to train 7,000 cadets in 2018-19, growing that number to cover a total of 1,00,000 cadets by 2025.
EXPA has not raised any money from external sources till date. All expenses have been paid for by members. We are now looking to raise money to support operations, with your help!

The CADET Program
The CADET (Comprehensive All-round Development and Employability Training) program is a Personality Development program that focuses on developing a high degree of Communication, Creativity and Critical Thinking among NCC cadets. CADET was designed with one objective: To develop confident and articulate cadets. It is delivered in NCC camps all over the country in a two- or three-day schedule, running for 10 to 12 hours every day. All training modules are interactive, experiential and exercise-based.
The program is as much fun as educational, since it is completely experiential and exercise-oriented and is run under the trees in NCC camps. It covers a wide range of the 4 Cs (Communication, Creativity, Critical Thinking and Collaboration), in these sub-domains:

Each training program runs for 2 consecutive days (Sat-Sun), 9 hours a day. Based on trainer assignment, anywhere from 120 to 250 cadets in each camp are trained, maintaining a Trainer-Cadet ratio of 1:35 or better.
The noticeable effects of the CADET Program are: