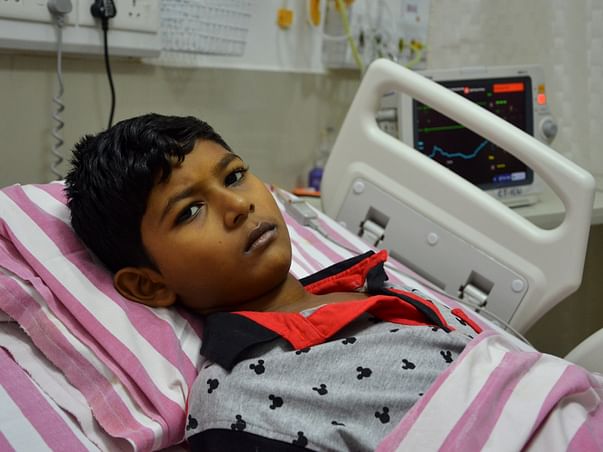 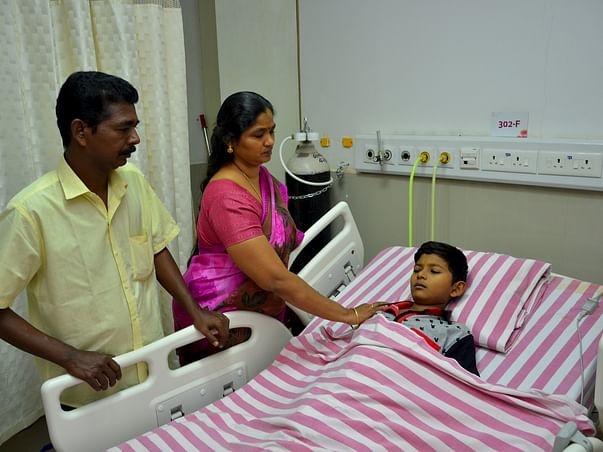 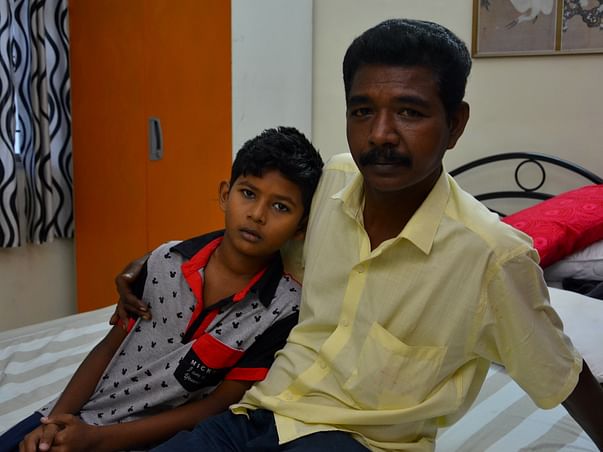 Previous Next
Until 2 months back, 9-year-Bose Nanda was a sports buff and a brilliant student, full of life. Not even in their worst nightmare did his parents Ayyapan and Shanti imagine that a heart condition would rob Bose of his smile. He needs a heart transplant immediately to survive.
Bose is the youngest in his family. He was always active and his parents still find it unreal to see him tired and lying down the whole day. When he had a fever, they thought it would get better but his condition deteriorated. He had diarrhea, suspecting dengue, the doctors gave him treatment for the same. Medicines did not help. When he developed breathing trouble, he was rushed to a bigger hospital.

Tests confirmed that he had a serious heart problem. There is a blood clot in his heart. In a blink of an eye, life turned upside down for this family. When he was admitted at first, his heart was functioning at only 25% of its capacity. Now, in just two weeks, it is functioning only at 14%. He is in and out of the ICU and needs an urgent heart transplant to survive.
"I still don't know how my life is going on after hearing that my son's heart is functioning only at 14% of its capacity. We tell him that he will be all right, but he learned about his condition by overhearing the doctor. He is in constant pain and now just wants to go home." - Ayyapan

Bose is in class 5 and playing with his friends is his favorite activity. He longs to go back to school. He refuses to eat and the treatment has made him tired. Adding to this, he developed painful fissures a few days back. Only a heart transplant will save him now.

Bose Nanda has an elder sister Monica (17), she is in class 12. It is a crucial juncture of her education but she is unable to focus on her studies because of how helpless everyone feels about saving her brother. The family is spending sleepless nights since the diagnosis. They can't bear to see Bose suffer this much.

"He is lonely and restless. I don't have the strength to see him suffering. He pleads with me to take him back home. Why is my child suffering so much? We have never been harmful, even in our thoughts. There must be a way to save him." - Sasi Rekha

Bose needs to remain in the hospital till the treatment is over in case there are any emergencies. ICU charges per day come to around Rs 20,000. Ayyapan has exhausted all his means and is running from pillar to post to arrange money for the transplant. He is both physically and emotionally exhausted. Money is the last thing that he should be worrying about now but the lack of it has left the whole family reeling in guilt and despair.

Ayyapan worked as a teacher in a small school. But because he needs to take Bose to the hospital often, he finds it hard to be regular at work. He spends most of his time in the hospital. He has already spent Rs 12 lakhs. He sold all that he could sell of and borrowed a lot of money. The transplant and medications require Rs 25 lakhs which is beyond his means. 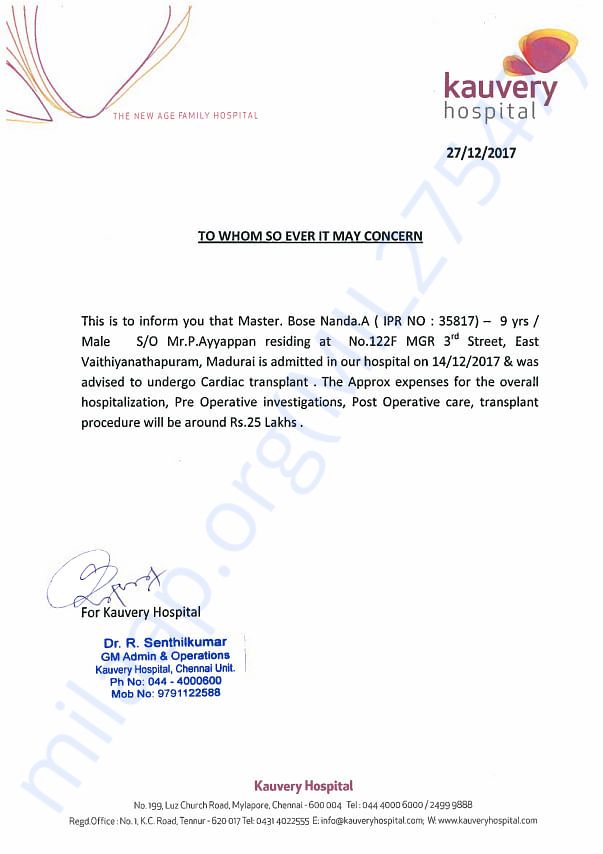 Thank you for your love and support.  This means a lot to us.

Bose is now doing well and successfully underwent the transplant. He is back home and is advised to visit the doctor for a regular follow-up to observe him closely for any irregularities.

He's also advised to undergo a biopsy in about two months' time to understand his progress. Thank you everyone!

Ayyappan, Bose Nanda's father registered in Heart Transplant Authority of Tamilnadu by paying Rs 1000 and waiting for a suitable heart to be available. Kauvery hospital has given an accommodation and care in annexure till suitable transpant is avilable. In case of any emmergency, it is helpful to stay in Annexure of the hospital.

Thanks very much for those who have shared the burden with us and wished Bose Nanda's recovery. We feel cared and supported. We feel that we are not alone, we have a community of people with us supporting this cause.

We thank those who could not contribute as well as their situation may be limiting them. Thank you for your prayers and wishes. We will update periodically in Milaap for donors to receive updates.

Thanks once again, God bless you all.
Donate

Scan & donate with any app
check_circle_outline Download payment receipt
Report fundraiser
See how thousands are crowdfunding for their causes on Milaap
Rs.272,211 raised

Wish you the best.

Wish you the best.

You are sending a message to
Kannan Krishnan
Go back 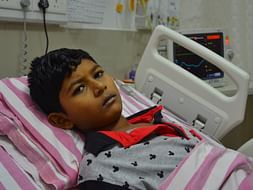