Baby Sumanth Has Sepsis After Being Treated For Dengue. Help Him Live | Milaap
This campaign has stopped and can no longer accept donations.

Baby Sumanth Has Sepsis After Being Treated For Dengue. Help Him Live 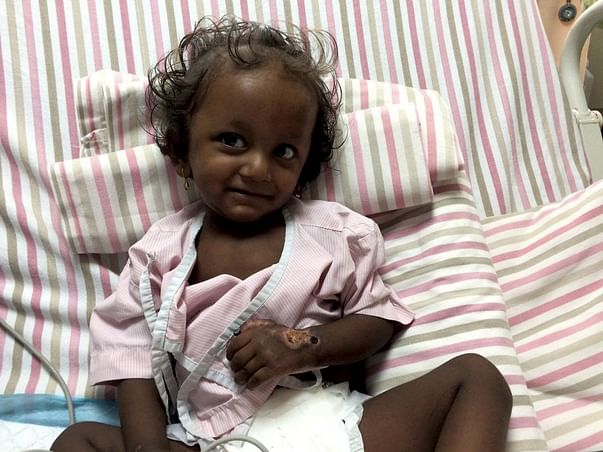 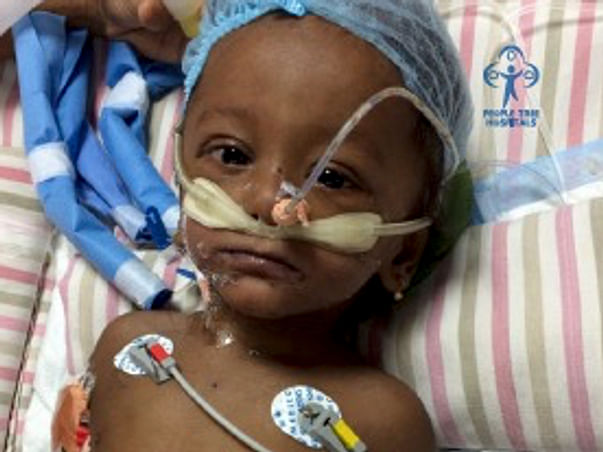 Previous Next
Nagaraj and Asha are worried parents. Their eleven month old son has been in the ICU the past couple weeks.
Nagaraj is handicapped. Despite his disabilities, he runs a small business - an eatery in Kunigal, in rural Bangalore. He barely earns Rs 15,000 a month. A huge chunk of this money goes in buying raw materials for the eatery. The family still has a loan of Rs 3 lakhs that they are repaying for the eatery.
A month ago, baby Sumanth fell ill.
His parents rushed him to a local doctor, who prescribed the baby with dengue.  Nagaraj and Asha admitted their son in a small hospital in Kunigal. Baby Sumanth was not given proper care here- and he developed blood poisoning.
His parents did not even understand what was wrong:
Nagaraj and Asha thought their baby was getting better after the medications for dengue. They had no idea that his blood poisoning was slowly causing sepsis. After a few days In the Kunigal hospital, they realized that something was wrong. Sumanth was getting worse, not better.
The family came down to Bangalore for their son’s treatment:
At this time, Sumanth was in a critical stage. He had severe shock as a result of sepsis. His lungs, heart, kidneys, and liver had almost failed. Doctors at People Tree Hospital in Bangalore worked constantly to revive him.
Luckily, his condition improved. Sumanth underwent dialysis for his kidneys for ten days. After a strong course of antibiotics, his health is now much better.
How Can you help?
Nagaraj and Asha have to pay more than Rs 1.5 lakhs to the hospital. Baby Sumanth still needs to be in the hospital, but his parents cannot afford the medical bills. They have taken Sumanth home- and are bringing him to the hospital for his doctor’s visits. Sumanth still needs medications and care to resume a normal life.
Baby Sumanth has already fought so hard for his life. Your contribution can help him live a long healthy life.

Letter from the hospital 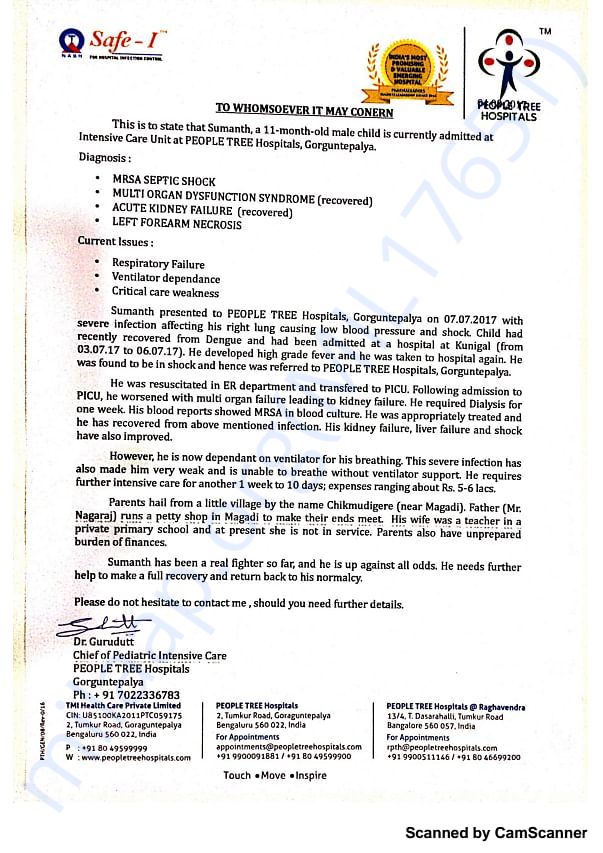 We have some good news to share with you today. Sumanth is out of the ICU and out of danger. He was discharged on 17th August and is recovering. The doctors have advised for routine checkups. We will be stopping the campaign now.

Thank you all for all the love and support. Please do pray for his health.

Regards,
Team Milaap.
Dear Supporters,
Following the previous update, I am sharing the pictures of his Birthday celebration.

Thank you all so much for the love and support.

Parents returned 2 days later and came to thank us. We also celebrated his birthday on 20/08/2017.
His growth and development have come a long way. We are seeing him in OPD once every fortnight.

Thank you all for the support and the prayers.
Load more
Donate

Scan & donate with any app
check_circle_outline Download payment receipt
Report fundraiser
See how thousands are crowdfunding for their causes on Milaap
Rs.210,402 raised

RC
You are sending a message to
Ravindra CN
Go back 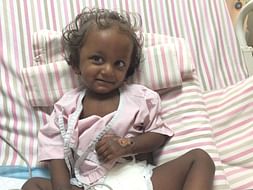 Baby Sumanth Has Sepsis After Being Treated For Dengue. Help Him Live