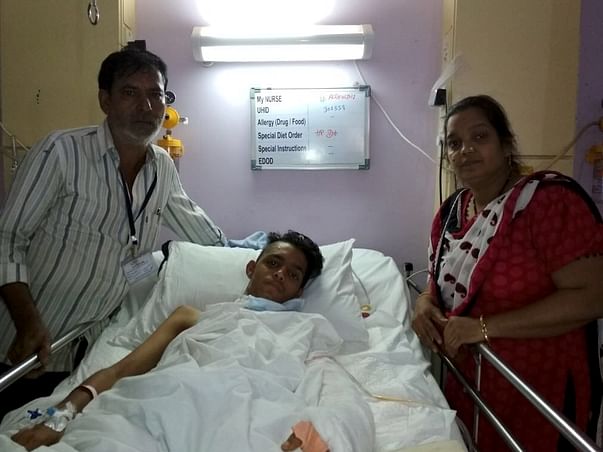 “One night we got a call from the hospital saying our son has met with a serious road accident. That was the scariest moment of my life. We didn’t even know if he was alive until we got there and saw him lying unconscious and wounded. Aman was alive, but his battle had only just begun," says Renu, Aman’s mother.
16-year-old Aman met with a terrible accident earlier this month which left him in a critical condition. Aman is now slowly recovering, but he is completely bedridden and has lost all movement of his left arm. Aman requires rigorous surgery at the earliest if he is to ever be able to use his left arm again and resume the normal life of a college going student.
Aman Is Too Traumatised To Be Able To Recall That Fateful Night
Aman and his friend were returning home on the bike from a friend’s birthday celebration one night when they met with the unfortunate accident. Both were rushed to the hospital immediately. Aman was in a critical condition, and his left arm was completely damaged. However, he couldn’t recall the accident. His last memory of the night was saying goodbye to his friends as he left for home.

“He doesn’t remember how it happened. He goes blank every time we try and bring up the accident. All he remembers is saying goodbye to his friends and waking up in the hospital. That night has left him emotionally and physically broken. He’s depressed all the time. It worries me to see him so helpless.”
Aman (kneeling) with his family.

Aman Was Told His Hand Would Be Amputated
When he was first brought to the hospital, Renu was told that her son’s hand would have to be amputated immediately. However, She was not convinced. Renu was determined to find a way to save her son’s hand. Aman hasn’t been able to do anything on his own ever since his accident. Once an independent, free-spirited boy, Aman now lays helpless on a hospital bed.

“He is such a young boy. He has his entire life ahead of him. He was already in so much pain and trauma about the accident, losing a hand would only weaken him mentally and physically.”

The family then took him to S.L. Raheja Hospital where they were told that his hand could be salvaged. Now, there was hope for Aman. His family was relieved, but not for long. They were told that the surgery was estimated to cost Rs. 12 Lakhs, which was an amount they couldn't afford.


His Family Is Doing All They Can To Save Him

Aman’s arm is severely wounded. He requires two more bone fixation surgeries to get better. He also needs a plastic surgery, and a surgery for his shoulder to ensure movement in his left arm. The cost of the surgeries is too expensive for his father, Abdul Baig, who works as a mechanic. He has already spent Rs. 4.5 Lakhs on his son’s treatment and can’t afford to pay for his future surgeries. Abdul is the only earning member of the family and is absolutely helpless now.

“Aman's health is our priority. We were determined to do everything we can to arrange the money for the surgery. We borrowed from family and friends, and managed to arrange 4.5 Lakhs for his first surgery. We're struggling to get the rest of the money now. We want to help our son, but are unable to despite all our efforts.”

Aman with his parents.

Aman dreamt of graduating with a bachelor’s degree in commerce. He is a good student and worked hard to make his parents proud. While his friends continue to work towards their future, Aman is confined to the four walls of the hospital. There is hope for Aman’s recovery, if only the family can fund the treatment.

Aman needs to undergo the surgeries at the earliest or he will be at the risk of losing his left arm.

How You Can Help
Aman met with a terrible accident earlier this month that severely damaged his left arm. He is completely bedridden and has lost all movement of his left arm. His father, Abdul, can’t afford to pay for the multiple surgeries he requires. Aman needs Rs. 12 Lakhs to be able to undergo the surgeries and get back to a normal, healthy life.

Your support will give Aman his life back. 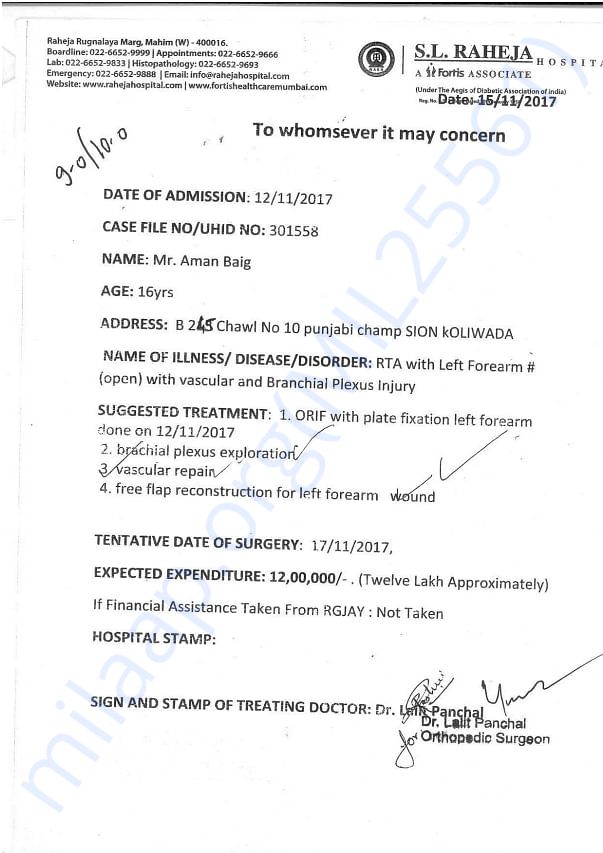 Aman is doing well as of now, he was discharged from the hospital recently.
He underwent a surgery last month. Currently, he is at home but he's not very active. The movements are less and he still needs support. Doctors have suggested that there maybe a surgery scheduled in seven or eight months from now depending on his condition then.

Thank you so much for the support which you have shown towards him, we shall always be grateful to each one of you. May God bless you all.

Thank you so much,
Regards,
Abdul
Dear Supporters,

Thank you for the support that you have shown towards my brother Aman so far. He is doing better now compared to earlier. He has undergone two surgeries so far, one surgery was on his left forearm and the other a plastic surgery.

There is another surgery scheduled around the 15th March and then he will be on physiotherapy so that he may regain his strength and be able to move his left hand.

Thank you all once again for the wonderful support that you have shown towards my brother. Please do pray for his health and speedy recovery.

Scan & donate with any app
check_circle_outline Download payment receipt
Report fundraiser
See how thousands are crowdfunding for their causes on Milaap
Rs.57,223 raised 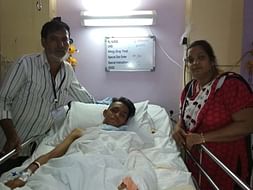