Malnutrition
Do you know? According to Global Health Index (2020)-which is calculated on the basis of total undernourishment of the population, child stunting, wasting and child mortality – places India at the 94th spot among 107 countries .
Hello there! My name is Allen Mathew a 12th standard student from St. Columba’s School New Delhi.  Malnutrition  is the most overlooked condition that is prevailing in our societies Malnutrition refers to deficiencies, excesses or imbalances in a person’s intake of energy and/or nutrients which leads to  stunting (low height for age), wasting (low weight for height), underweight (low weight for age) and micro nutrient deficiencies  (a lack of important vitamins and minerals). Look around us, hundreds of people are starving around , and we all are ignoring them . In recent years,  Around 1.9 billion adults worldwide are overweight, while 462 million are underweight. An estimated 41 million children under the age of 5 years are overweight or obese, while some 159 million are stunted and 50 million are wasted. Adding to this burden are the 528 million or 29% of women of reproductive age around the world affected by anaemia, for which approximately half would be amenable to iron supplementation.  If we just take some time and visit a nearby slum or just look at dozens of people lying on the footpaths you will always find all of them looking paper thin , eyes always looking for something to eat . The Government of India have taken many initiatives like Anganwadi services ,Pradhan Mantri Matru Vandana Yojana  and also Scheme for Adolescent Girls under the Umbrella Integrated Child Development Services Scheme (ICDS) for more common folk the system of rationing -the ration shops to address the problem of malnutrition in country .However is still not sufficient because of lack in public distribution system, also there is a lack of identity among those for who these schemes are made for - almost half of them don’t have ration cards so they don’t receive their rations even if they are in dire need of it. 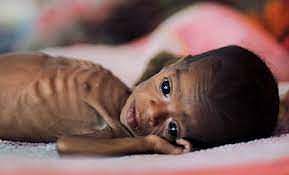 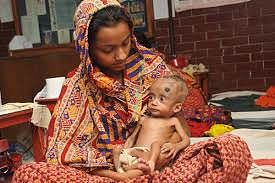 So , as a way to help the needful we who have the ration cards but aren’t using them you could collect the weekly rations and give it to a certain family in a nearby slum likewise  if we could also collect a dozen of like minded individuals could adopt a nearby slum and look after the food needs of the people of the slum which would greatly help the people . Also you can donate 50 rupees which would help to take care of a meal for a person in need .Please share the fundraiser with your friends ,family and colleagues
Remember-
“Giving is not just about making a donation. It is about making a difference.” Kathy Calvin