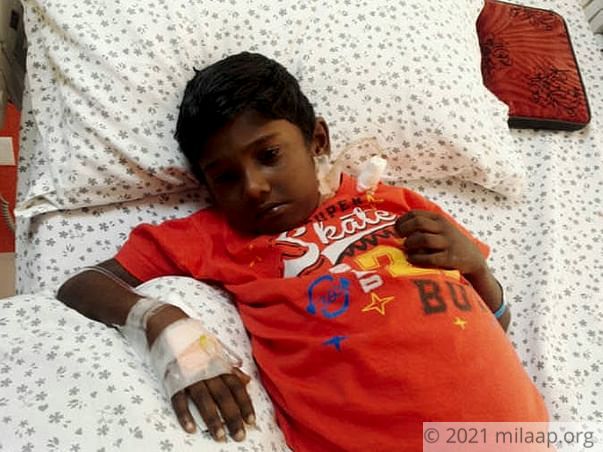 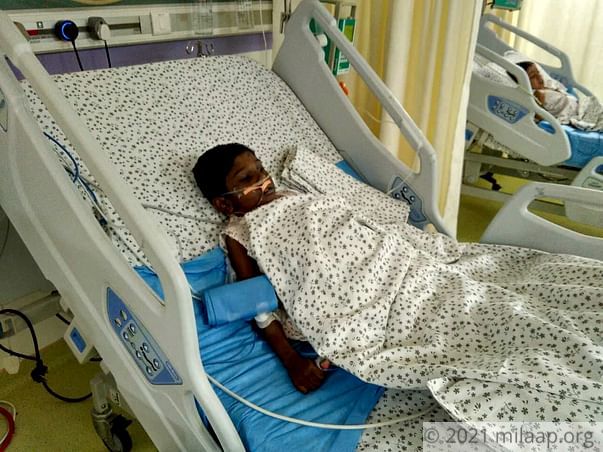 “Our boy has been sick for so long now. We never thought it would come down to admitting him to the ICU,” says Mark, Joel’s father.

For the past seven months, 7-year-old Akshay Joel has been suffering. It started with jaundice and typhoid. He began to recover from jaundice, but typhoid continued to weaken him. Further tests showed he had a damaged liver. Fifteen days ago, Joel started vomiting and having loose motions. His parents rushed him to the hospital and he’s been in the ICU since then.

Joel's childhood has been suddenly snatched away

Like other children his age, Joel was a very active child. He studies in class 2, in a school in Vijayawada. He loved going to school and playing with his friends. But since August last year, Joel became silent and lethargic. Although he continued going to school, he was not the same as before. Since his condition worsened, he hasn’t been to school and terribly misses his friends.

Joel’s parents Mark and Ratnashree never expected to see their child suffer like this. He’s confined to the bed in the ICU and due to severe dehydration, he continuously has electrolytes being pumped into his body. His stomach has started swelling and he is in insufferable pain. His disease has worsened so much, that now only a liver transplant can save him. It breaks his parents’ heart to see him like this.

Joel has an elder sister, Angela, who studies in the class 3. She doesn't know what happened to her younger brother. She misses him and wants to see him soon. But handling two children, one of whom is in the ICU is no mean feat. So Joel's parents left Angela at Vijayawada with relatives. They also don’t want her also to skip school because of Joel’s illness.

Mark's financial condition is the biggest hurdle is getting Joel treated

Joel is fighting for his life and is in a lot of pain because his liver is completely decompensated. The doctors are saying that he needs to undergo a transplant at the earliest to survive. Soon both his parents will be tested to see if either of them is a suitable match for donating a portion of their liver. But the biggest roadblock in getting him the required treatment is their poor financial background.

Joel works as an executive in a small firm and his wife works as a teacher at a school in Vijayawada. Between the two of them, they only make enough money to run the household and provide for their children’s education. Joel’s illness has thrown them off balance and their finances took a big hit. Their savings are over, and they have borrowed money from friends and relatives to pay the bills so far, which have come up to almost Rs 8 lakhs.

These desperate parents' resources have run out and they are in a helpless situation. They are willing to go to any lengths in order to save their son, but they can’t do it without the money. In order to save Joel, they need your help. Only your contribution can give little Joel a second chance at life. 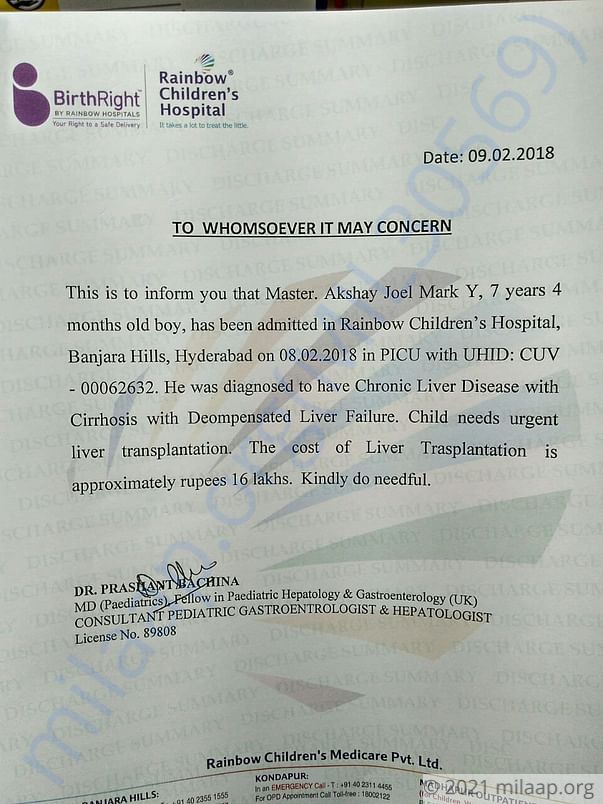 Scan & donate with any app
check_circle_outline Download payment receipt
Report fundraiser
Know someone in need of funds for a medical emergency? Refer to us
Rs.5,980 raised 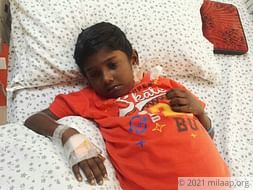