Share
Life is unpredictable and unfair, and so it has been for Partha Sarathy (30). In the wee hours, around 5 AM, on February 23rd, 2020, Partha and his friends were returning home after attending a friend’s birthday party in Mysore. If things had been different, in another hour Partha would have reached home and would have been safe in his bed.

Unfortunately, they met with a tragic accident and Partha sustained severe injuries. 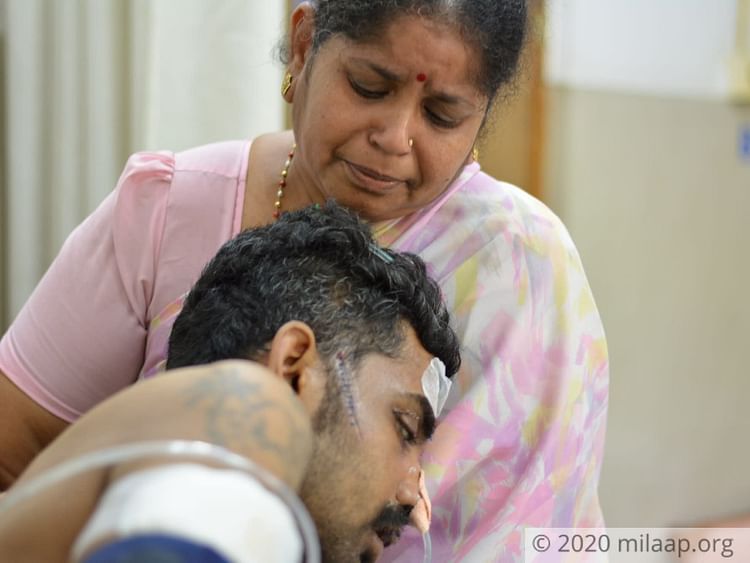 Their car was hit by a speeding truck

“We were told that their car was hit by a speeding truck from behind. There were 4 people in the car, including my son. All of them were injured badly, but my son… we almost lost him. He has sustained a severe brain injury along with multiple face and limb fractures. With God’s grace he is alive but in a very horrible state. He hasn't regained full consciousness since the accident. He he wakes up, sometimes, but he can't recognize me or his sister at all...” – Maheshwari, mother

His brain and body have been severely damaged, he has to undergo multiple surgeries to recover. Partha and his friends were admitted to a hospital in Bangalore by passers-by from the accident site. After being in a coma for a week, he is slowly recovering but his condition is still critical 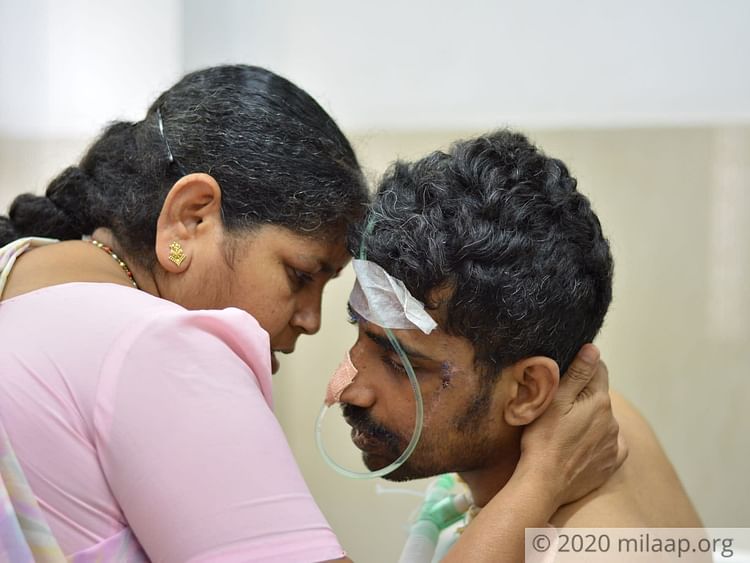 'My son is all I have, I cannot lose him'

“The day when one of Partha's friends came home and asked me to come to the hospital with him, my mind went blank. I was not able to comprehend what he was saying. I thought he has mistaken and had come to the wrong home. He kept saying my son had met with an accident. I did not want to believe his words…I just could not. He is all I have and I cannot afford to lose him.” – Maheshwari, Mother 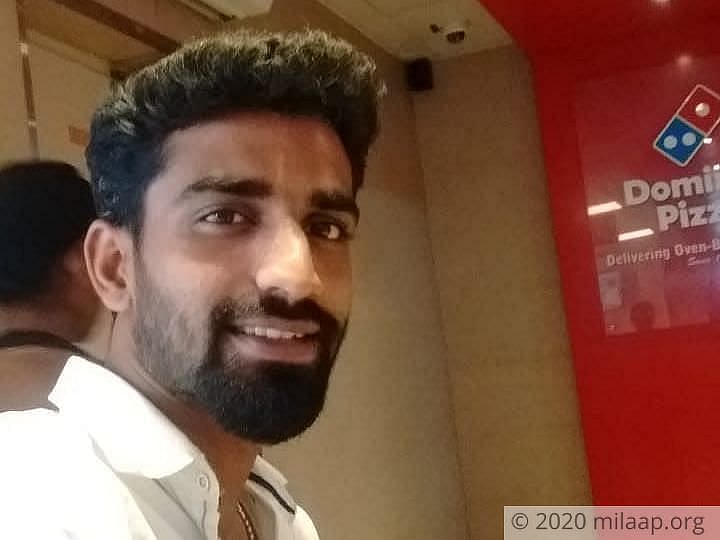 When his father died, young Partha took responsibility of his family

He was just in his early 20s at the time. Now, Partha works as a Senior Operations Officer at Grofers India Pvt Limited in Bangalore. Being the sole breadwinner of his family, he managed his life responsibly. A loving son, caring brother and a jovial friend… these are the words that describe him. Now, as he lies in the hospital in a semi-conscious state on ventilator support, his family and friends are inconsolable. 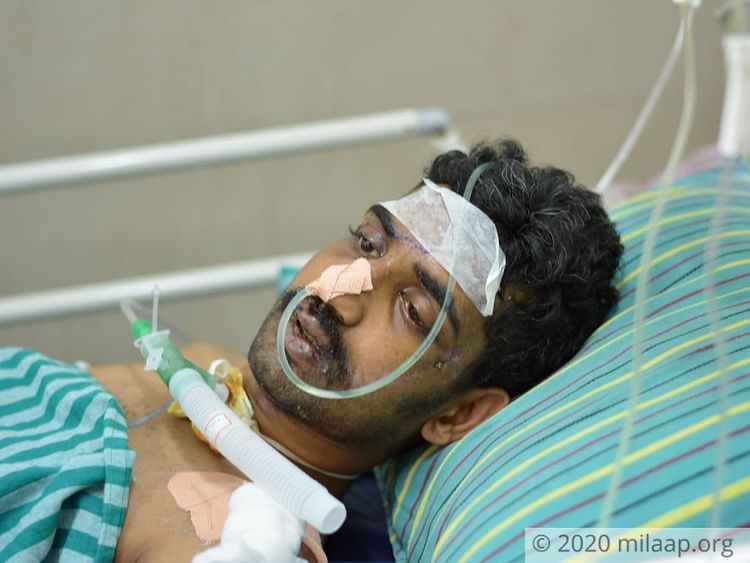 With proper medical care, he can recover… All is not lost

Partha has to further undergo facial and orthopedic surgeries along with intensive care hospitalization for another month. This would cost around 9 Lakh Rupees. The family needs your financial help. Partha has a good chance of making it back to normal life with your support and contributions.

“My mom and I are strongly holding on to our prayers. We are not financially capable of arranging such a huge amount in a short time. Every one of our friends and our family members have come forward to help us but it’s still not enough. Kindly extend your support and prayers to my brother.” - Durga Devi, Sister

Help Patha Sarathy recover and get back on his feet.