Aggressive Blood Cancer Threatens To Completely Weaken 3-Year-Old, He Needs Your Help Live | Milaap
Receive tax benefits by donating to this cause. 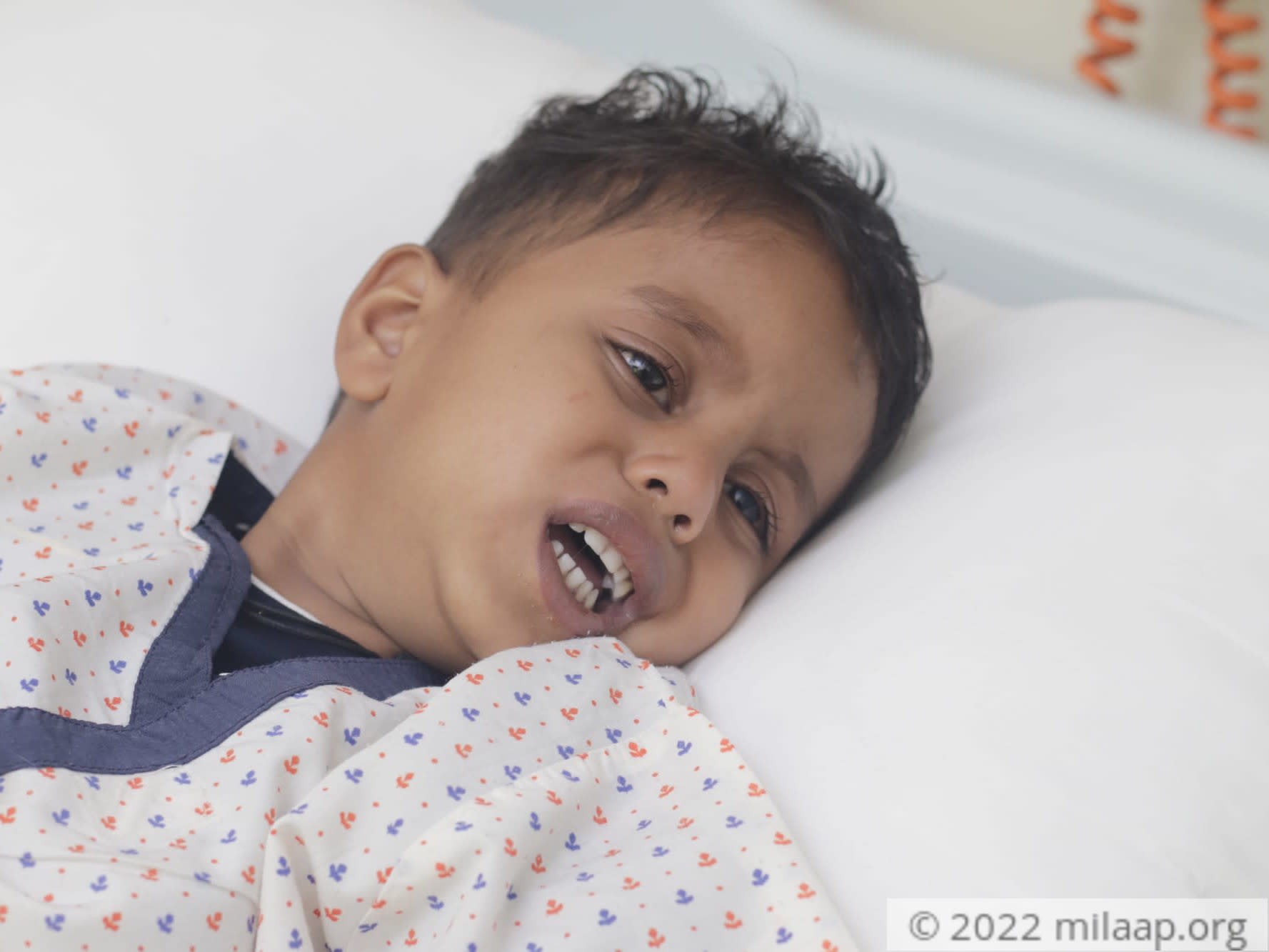 Share
Shivansh has always been a happy child, who loves visiting new places. That is why his parents Ankur and Kajal were able to coax him to cooperate with the nurses and doctors at the hospital he is currently receiving treatment at, by lying that they were going to take him to the mela (fair) afterwards. He keeps asking them when he can get out of the hospital, but his parents have no answer. They just try to distract him from the reality of his condition by making one excuse after the other.

“We can see our darling son’s energy levels drop with each passing day. Even though he has been diagnosed with cancer only recently, he has already lost all his vigour and charm. Earlier he used to keep giggling and chatting non-stop, and run around without rest. Now all he does is cry and mope because he is not strong enough to move about anymore. We are scared about what will happen when the cancer progresses.” - Ankur, father

3-year-old Shivansh suffers from acute lymphoblastic leukemia, a type of cancer of the blood and bone marrow that affects white blood cells. It is a rapidly progressing cancer and can be deadly without proper treatment.

An ordinary farmer, Ankur is not well-educated, nor has he seen much of the world. The only world he is familiar with is the one with his farm and family in Haryana. Though he had vaguely heard of cancer in the news sometimes, he had no idea of the gravity of the disease – until it happened to his own son. And ever since then, he has been restless, trying to understand how his baby boy fell prey to it.

“He just had dry cough that did not go away, despite having cough syrup and other medicines. Doctors told us to get some tests done which showed that he had a low blood count. Many more tests later, we were told he has cancer. We still haven’t come to terms with this reality.” - Ankur

With no savings, these parents cannot afford their son’s chemotherapy

Being a small-time farmer, Ankur only makes around Rs 8,000 to Rs 10,000 per month, depending on many factors like yield of the produce, weather, etc. that are not in his hands. His wife Kajal has only recently given birth to their second child, a baby girl, and his expenses had already increased when Shivansh also got diagnosed with cancer. Without any savings, these parents are struggling to save their son.

“The doctor has told us that to be completely cured, Shivansh will need to undergo chemotherapy for more than a year, at least. We ran from pillar to post to afford his first session of chemo, we have no way to finance the rest. Kindly help us.” - Ankur Kumar.

These parents are in dire need of your kindness. Click here to save Shivansh.
SK
Patient Shivansh Kumar is 3 years old, living in New Delhi, Delhi
IA
Being treated in Indraprastha Apollo Hospital, New Delhi, Delhi