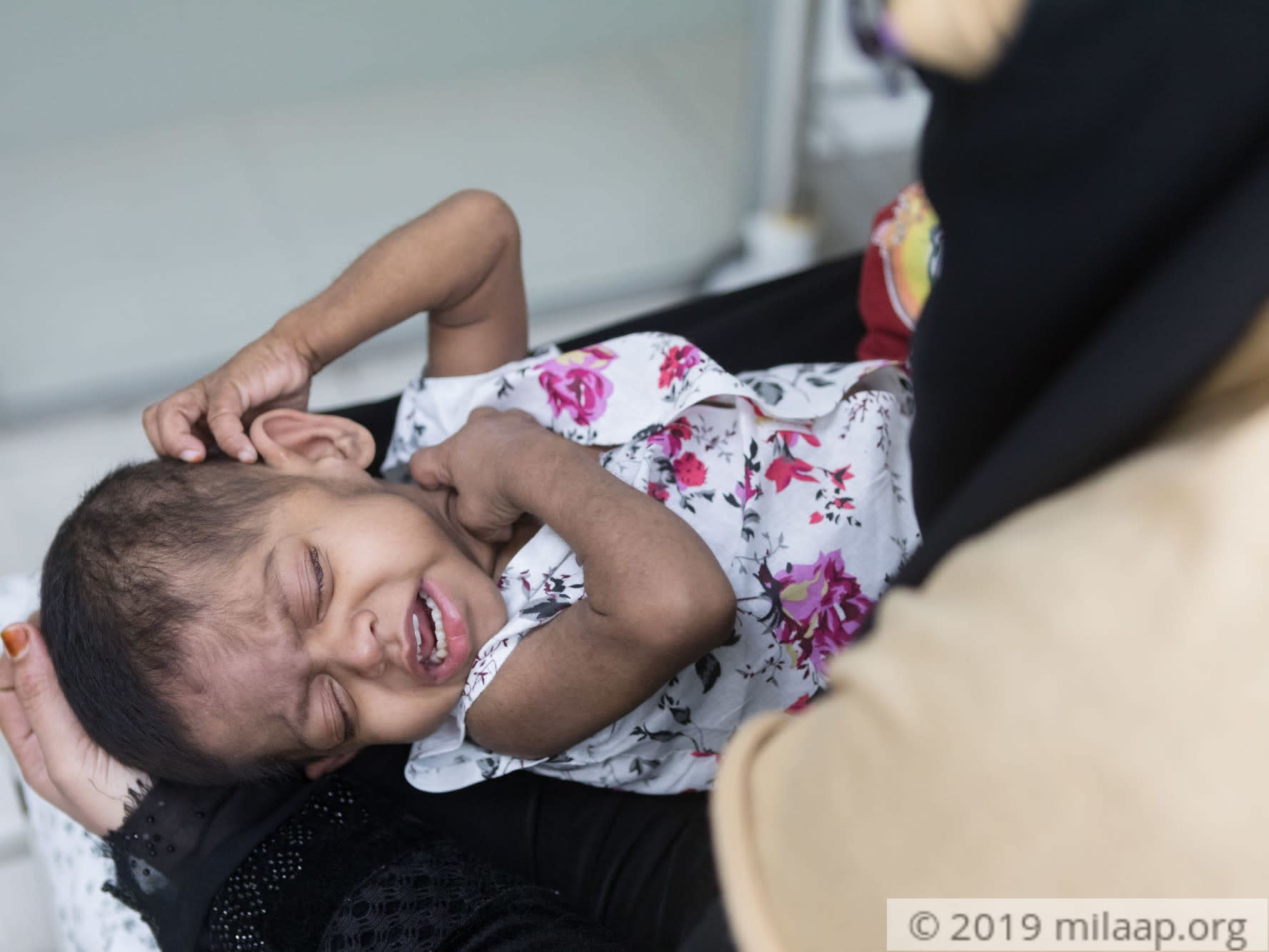 Share
“After a whole day of crying and itching, she had been napping one evening. I had gone to the kitchen to boil some milk for her, and... when I came back just a few minutes later, she had scratched herself so much that there were red streaks of blood all over my baby's body...”
– Hazira, mother, crying

Feroz and Hazira have been struggling to take care of their little precious daughter from the beginning. Weeks after she was born, she was diagnosed with jaundice. The doctors had told the young parents not to worry, that it was normal for newborns to have it. In any case, they were quickly distracted when little Zaina developed an incredibly rare co-infection of both Typhoid and Dengue fevers.

“We never even suspected… We were so busy helping her fight the fevers. After a year or so, the doctors finally told us they were gone. That our baby would be alright. But her jaundice never left, and soon her stomach had started swelling like a balloon. Worried, we’d gotten her a liver biopsy, and that’s... that's when we discovered that while she was fighting two diseases on the outside, a third one had been eating her up from the inside… Her liver was failing, and only a transplant could save her life…”
– Feroz, father

For the past year, these parents have been trying their best to come up with money for the expensive operation

Feroz doesn’t earn much as a carpenter. But he has still been trying to save up as much as he can each month. Moreover, he has been working extra hours and taking on multiple new projects, to earn more money. Zahira, on the other hand, has sold nearly all of her jewellery, and borrowed money from friends and family. Together the couple has been saving even more money by eating just once or twice a day. But despite a year of efforts and sacrifice, the couple is nowhere near being able to afford the 18 lakhs surgery that can save their daughter’s life.

Time has nearly run out for little Zaina

“She scratches herself every moment that she is awake now. We have to cut and file her fingernails every other day to keep her from hurting herself. But sometimes she still scratches herself so hard that her fingertips start bleeding. Doctors did more tests and are saying her liver has almost entirely failed. That it’s just a matter of weeks now before she... I don’t know what I’m going to do if something happens to her…”
– Hazira, breaking down

With a countdown looming over their heads, these parents are desperate. They tried their best, gave it their all, but have come up short. Without the help of kind strangers like you, they will lose Zaina at such a tender age. Please donate as much as you can, and save their 2 year old daughter's life.
ZB
Patient Zaina Begum is 2 years old, living in Hyderabad, Telangana
RC
Being treated by Dr. Prashant Bachina in Rainbow Children's Hospital, Hyderabad, Telangana