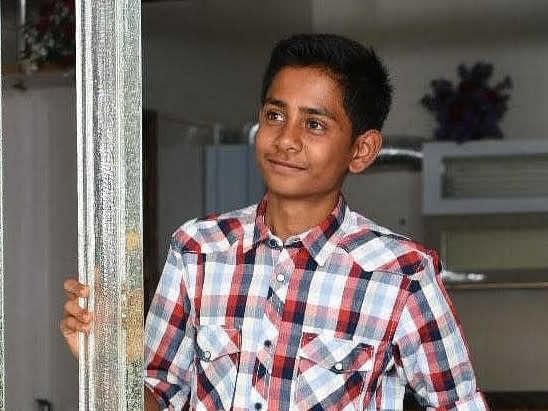 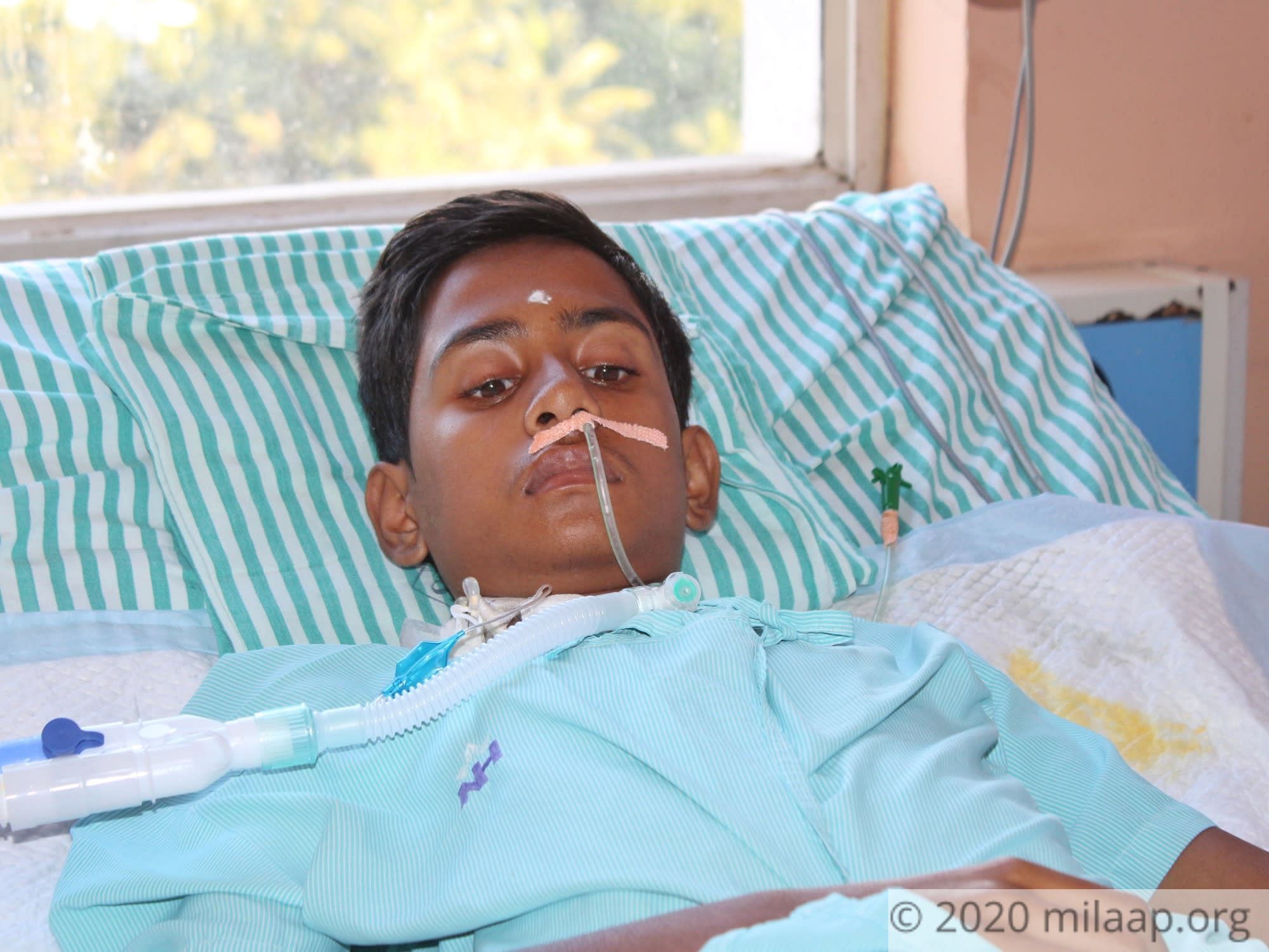 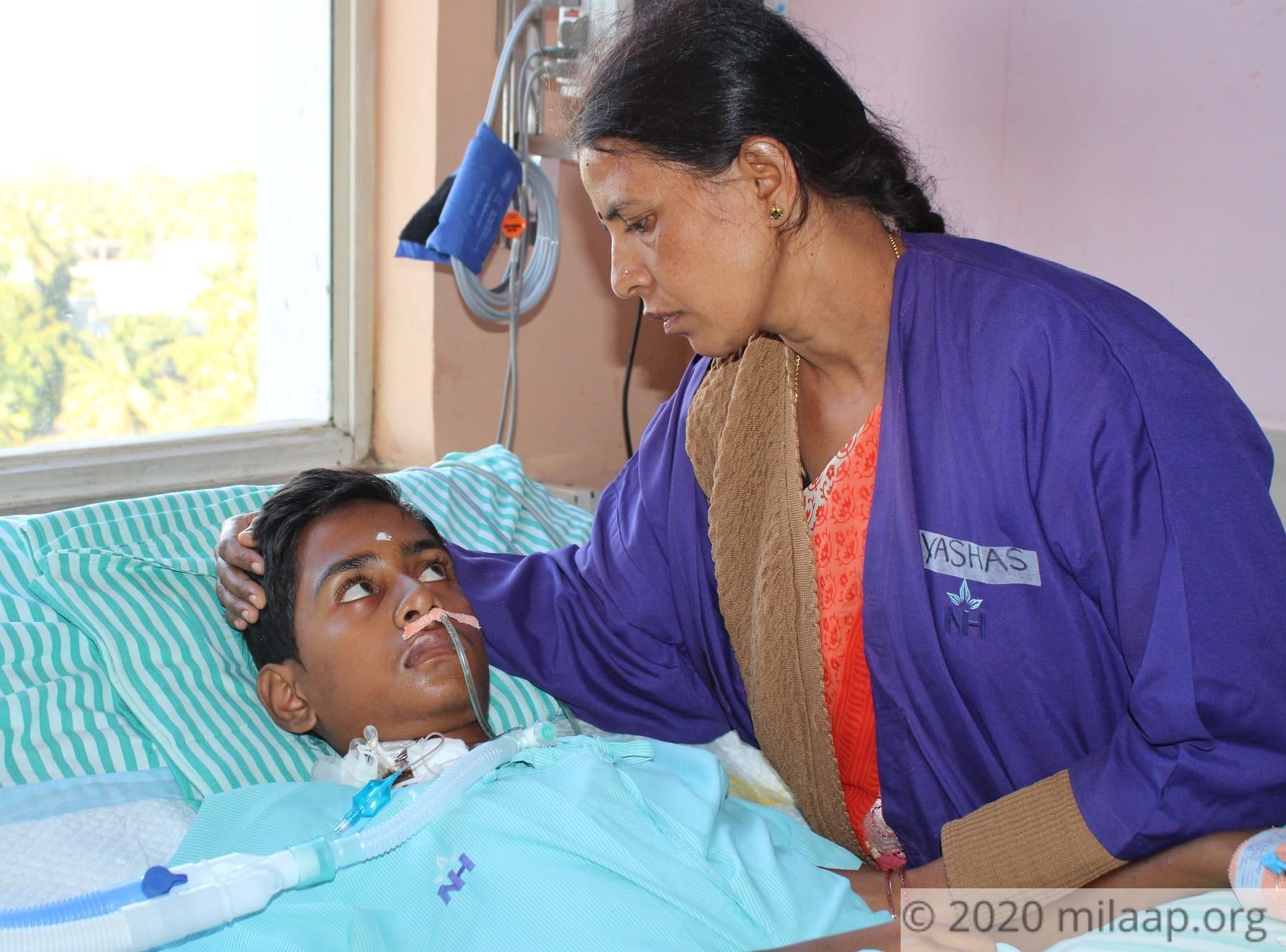 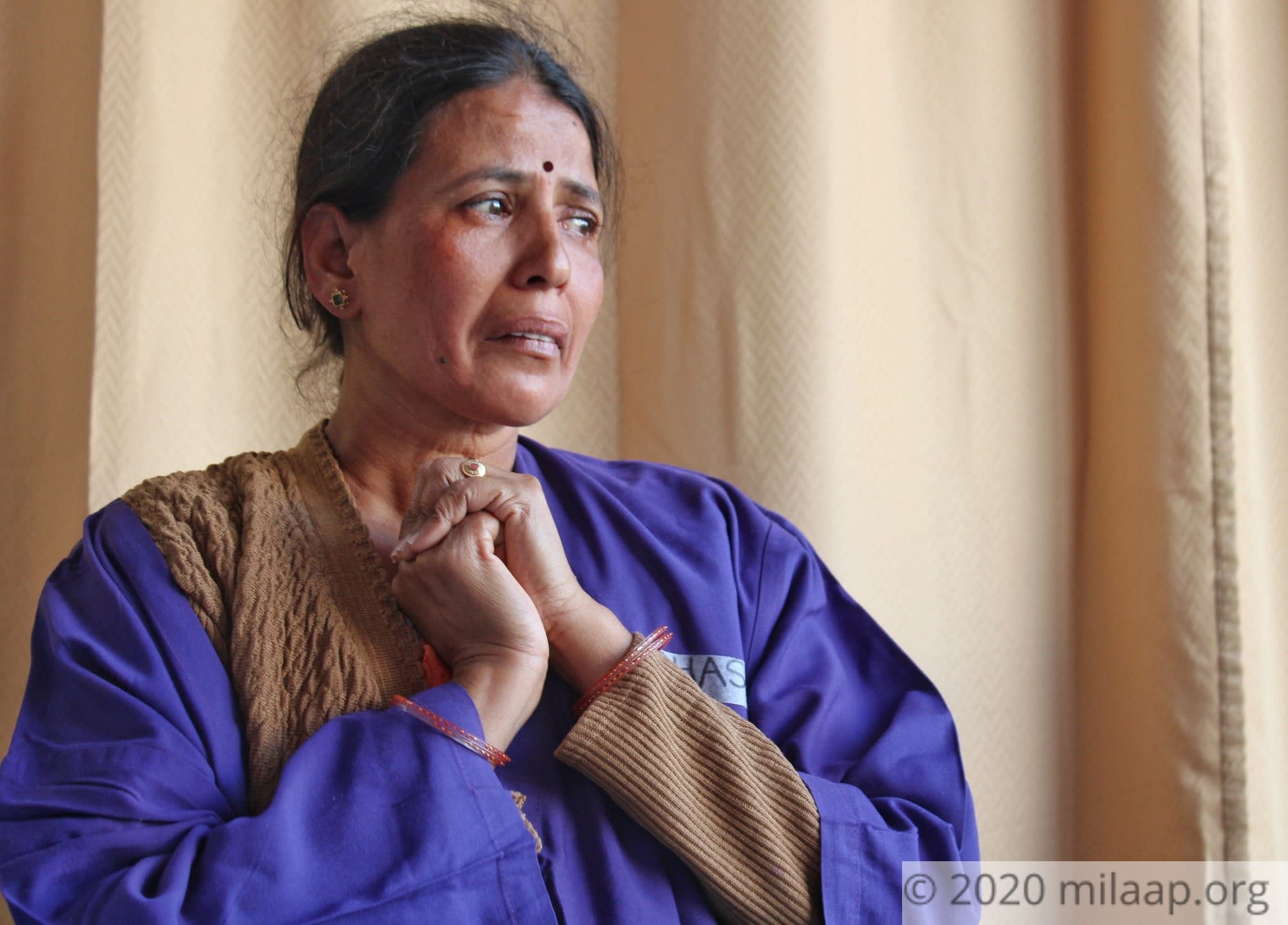 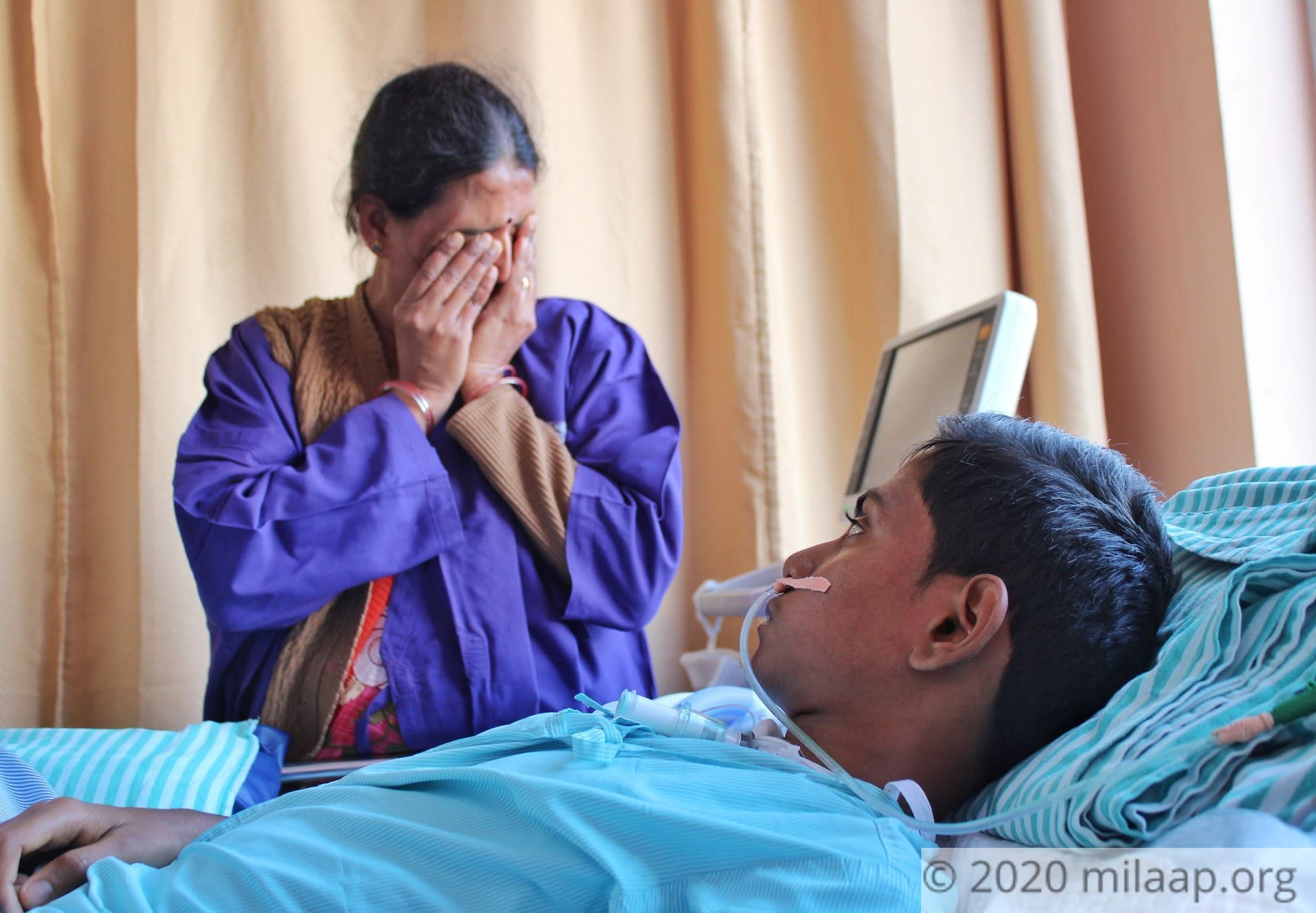 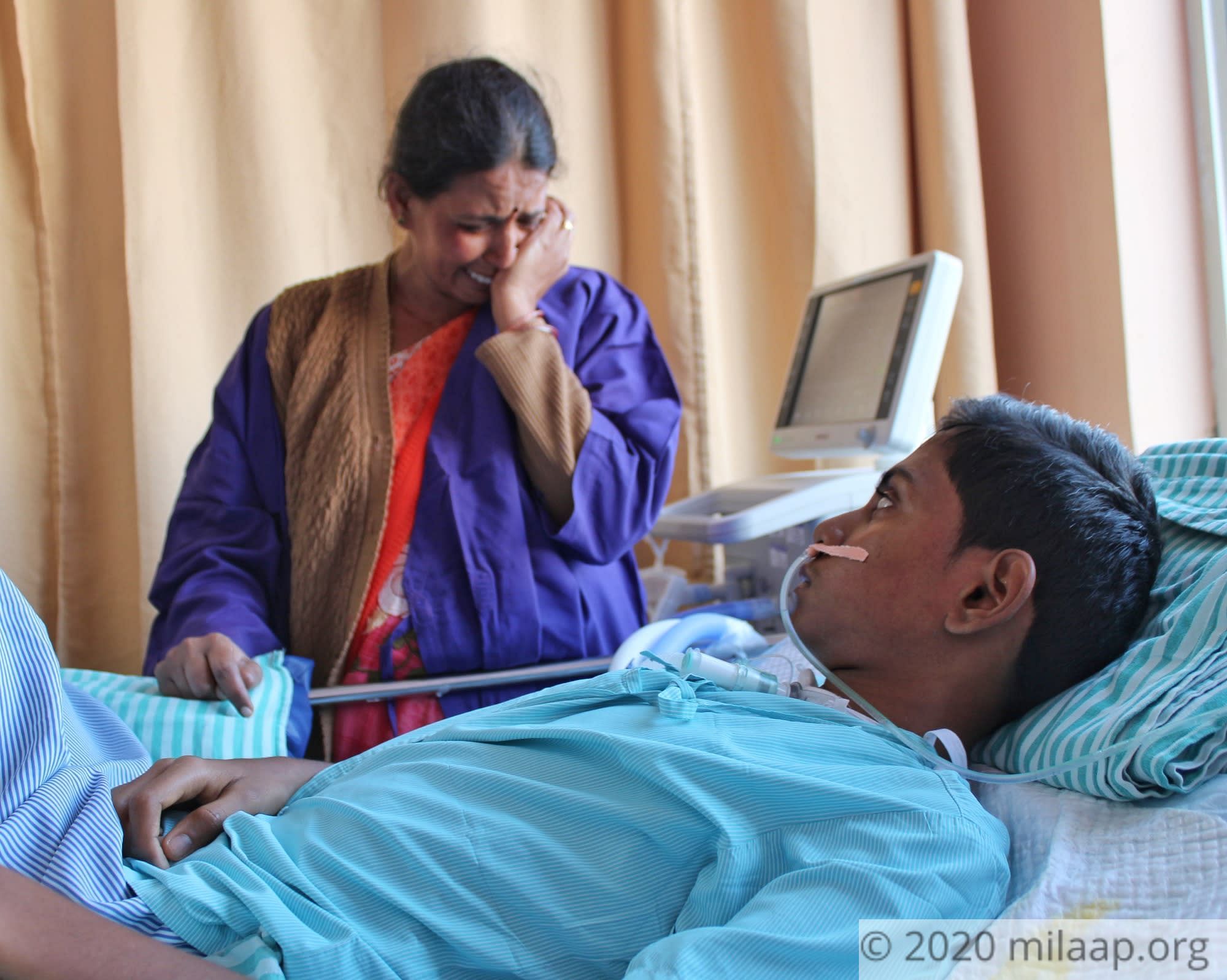 "I've raised my two sons by myself for so many years now. When my husband turned into an alcoholic and started abusing me and my children, I got him sent to rehab. It's just been us three since then. When my eldest son was diagnosed with a heart disease, it took everything to keep him alive. We ran into debts, nearly lost our house, but at least we were still together. Now, my younger son has been diagnosed with something I can't even pronounce! What am I going to do?!" - Gayatri

One morning, Yashas tried desperately to get up, but he couldn't even move

16-year-old Yashas was always on his feet, doing one thing or the other. He was an excellent student, but his heart belonged to sports. He never lost a game of kho-kho, and always came first in races. Life changed abruptly for him one day when he woke to find he was paralysed. It’s been close to a month now, since he has laid his feet on the ground.

"For a boy who loves nothing more than sports, being paralyzed is the worst nightmare ever! My son is living it, every passing day. Every day is a struggle!" - Gayatri, mother

“He was paralyzed; just like that, overnight. Initially confused, he became terrified. He had gone to sleep complaining of a slight throat ache, and nothing more... I was so shook, but I couldn’t afford to let my fear show. Carrying him in his arms, my elder son and I rushed to the hospital…” – Gayatri

He was diagnosed with a deadly disease that affects only 1 in 1,00,000 people

Multiple tests later, Gayatri was told that her son was suffering from a disease that affected only 1 in 1,00,000 people - Guillain Barre Syndrome. His lungs are infected and he can't breathe on his own. His hands and legs are stiff. With his throat severely infected, he can't even talk.

“It has been close to a month since he has said a word. His fear, the pain, it’s all inside eating on his mind; and all he can do is cry! He looks at his arms and legs and cries silently!"

Guillain Barre Syndrome is a rare condition where the body’s immune system attacks the nerves of the body, eventually leading to paralysis. Yashas is currently being treated for the disease. He has also been undergoing physiotherapy and IVIG, and has shown considerable improvement.

“The treatment is working! Every once in a while, he moves a finger or two. With prolonged treatment, he will get better. But it costs 10 lakh rupees!!”

With her alcoholic husband in a rehabilitation center, Gayatri is struggling all by herself to save her son

“My eldest son took up a job and he earns 10,000 a month, but it’s not enough. We have debts everywhere. My relatives have gone out of their way to help me. My brother who lost a leg to an accident, still did all he could for Yashas. My nephew is getting married in a month, but he’s been spending all his money on us. Despite this, we are far from gathering the required amount. I feel helpless, and scared! Help my son!”  – Gayatri

Yashas is living his worst nightmares and all he can do is hope it doesn't become his reality. With your generous contribution, he can recover and stand on his feet again. 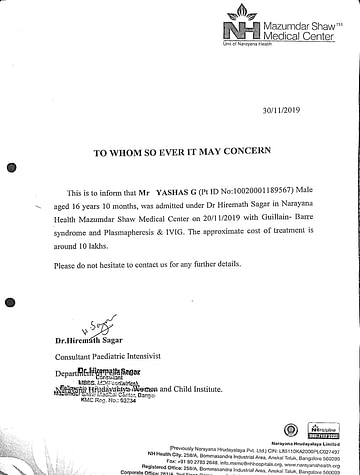 Click here to know more about Yashas
Donate now
OR
Click here to read the instructions before you make a bank transfer.