My Son Is The Only Family I Have Left, Now Cancer Can Kill Him Too | Milaap
loans added to your basket
Total : 0
Pay Now

My Son Is The Only Family I Have Left, Now Cancer Can Kill Him Too 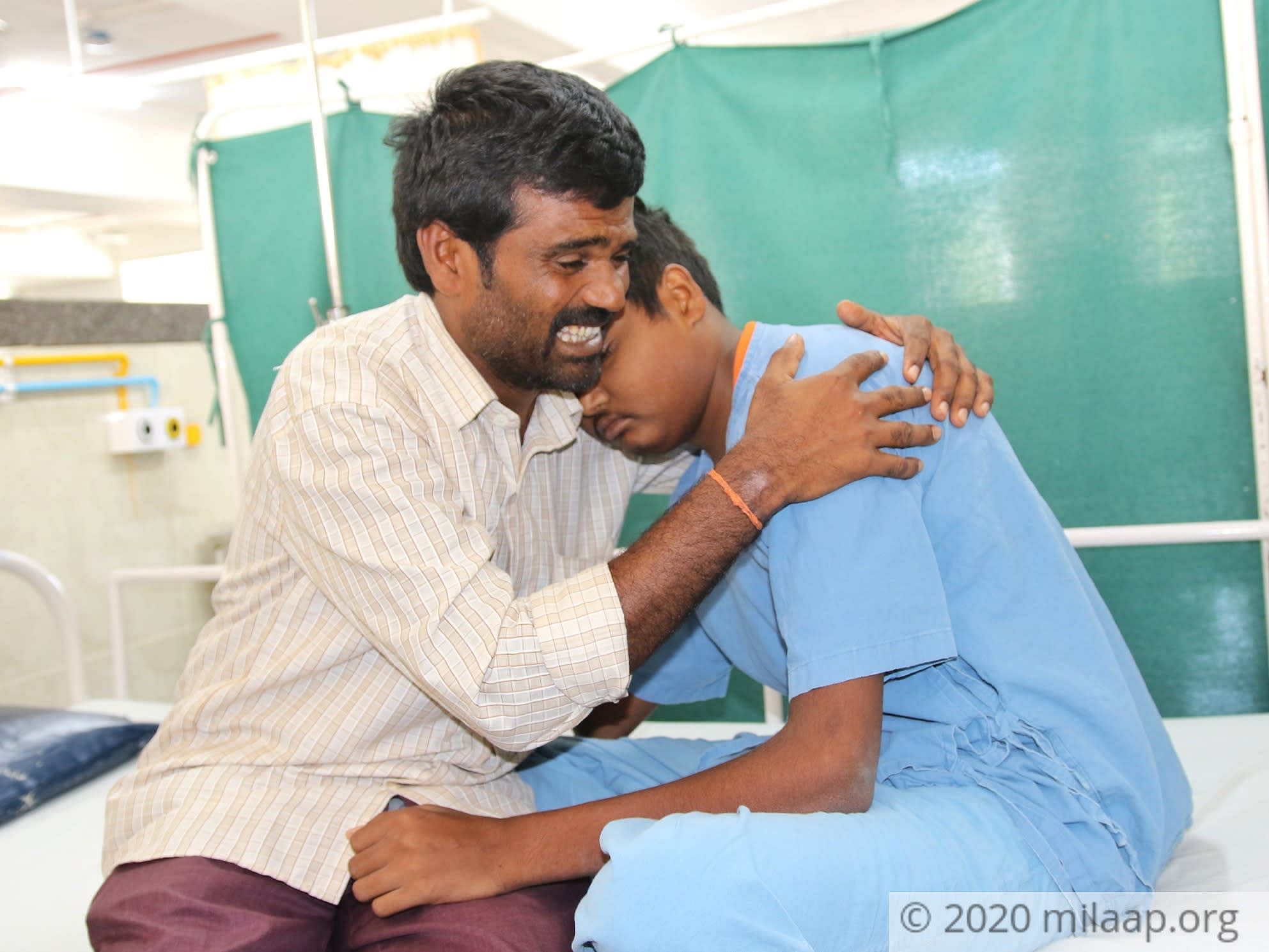 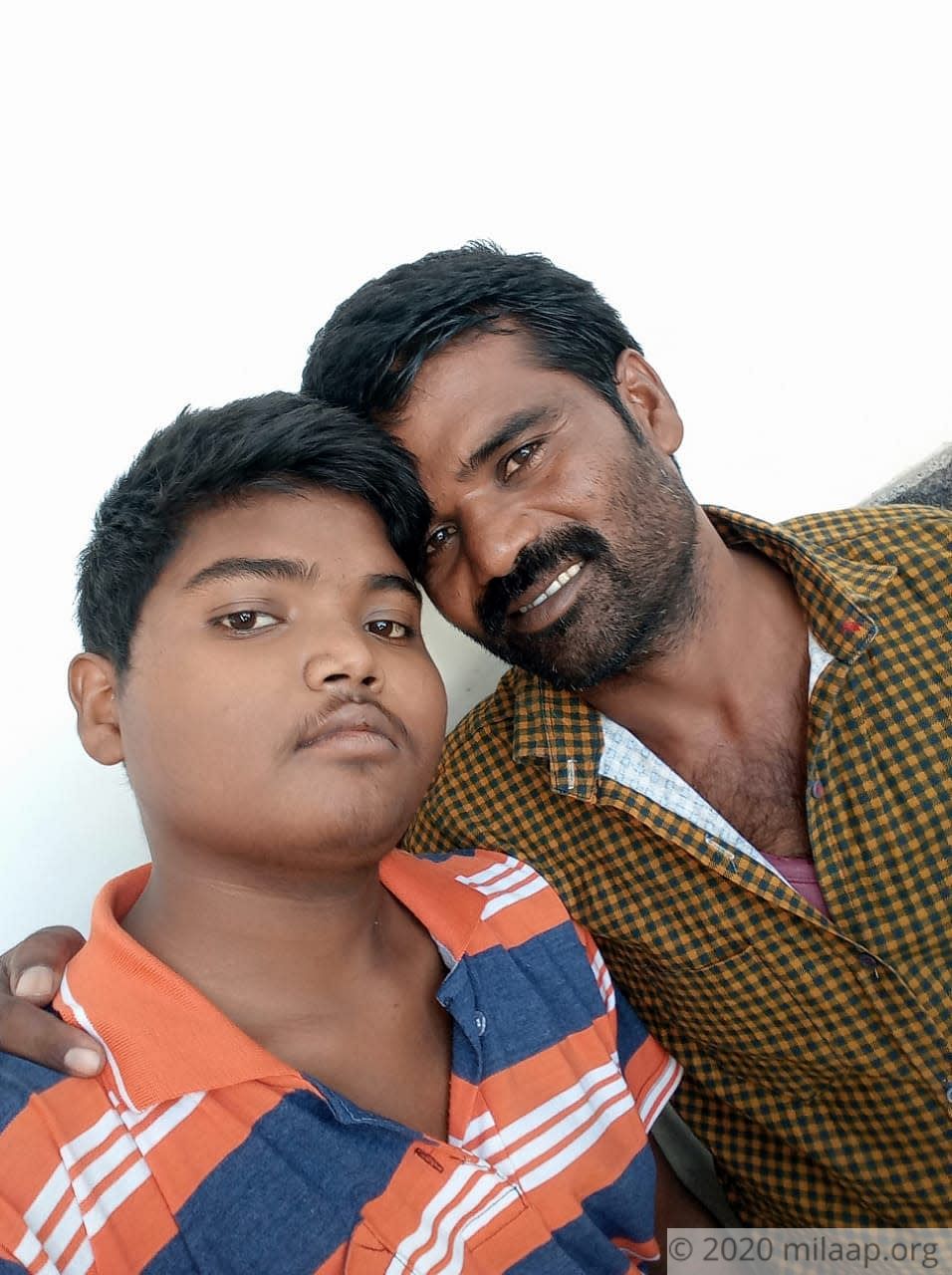 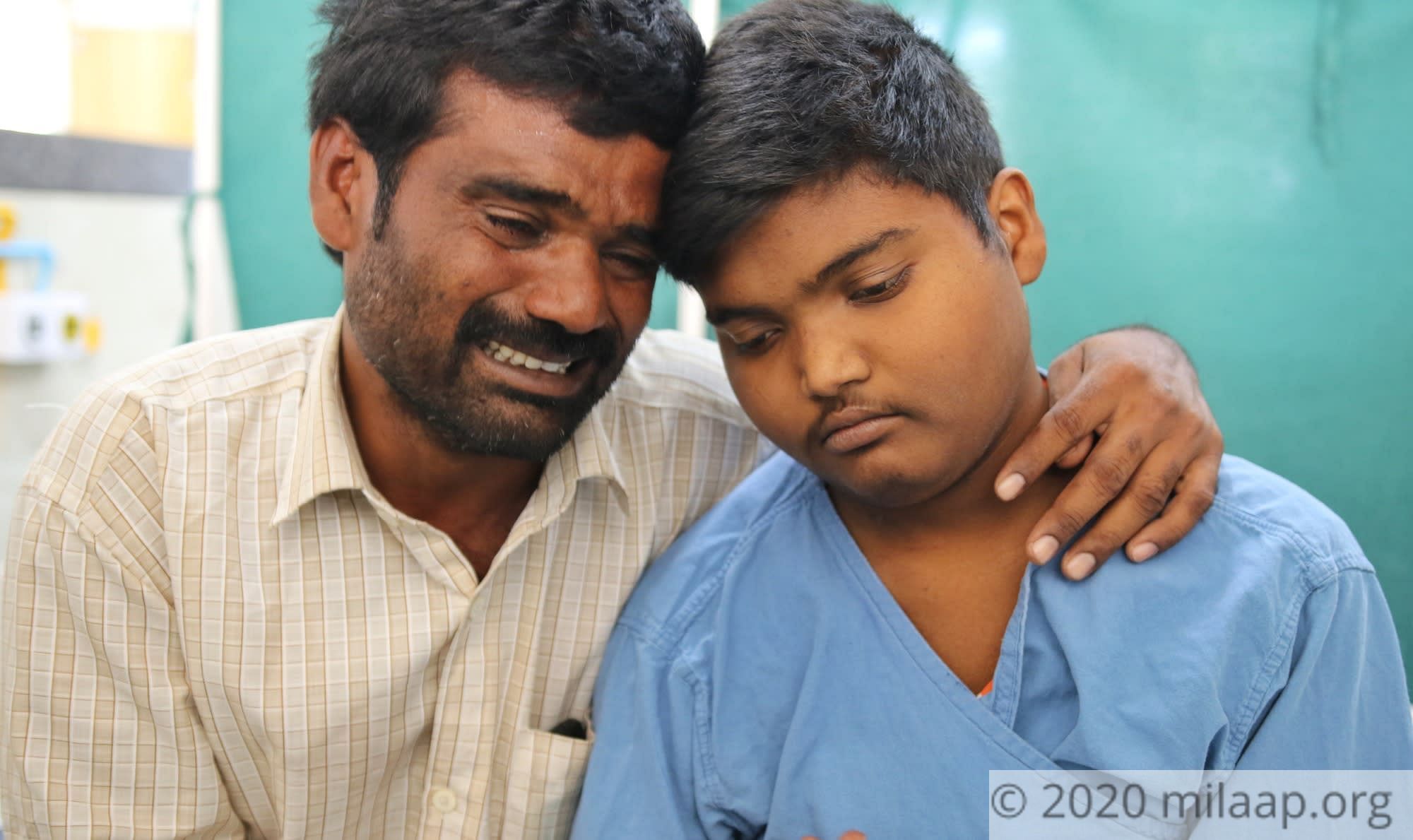 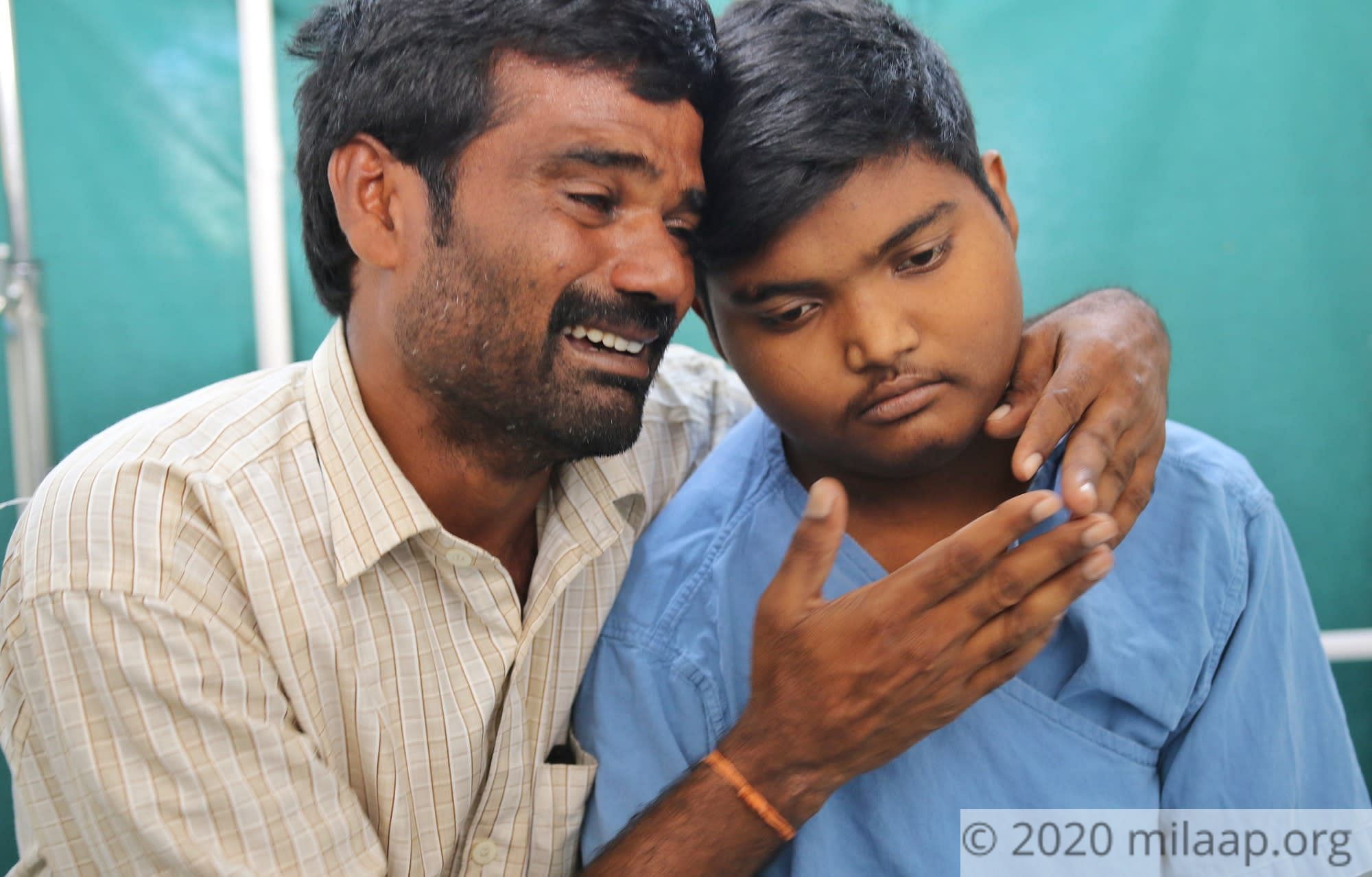 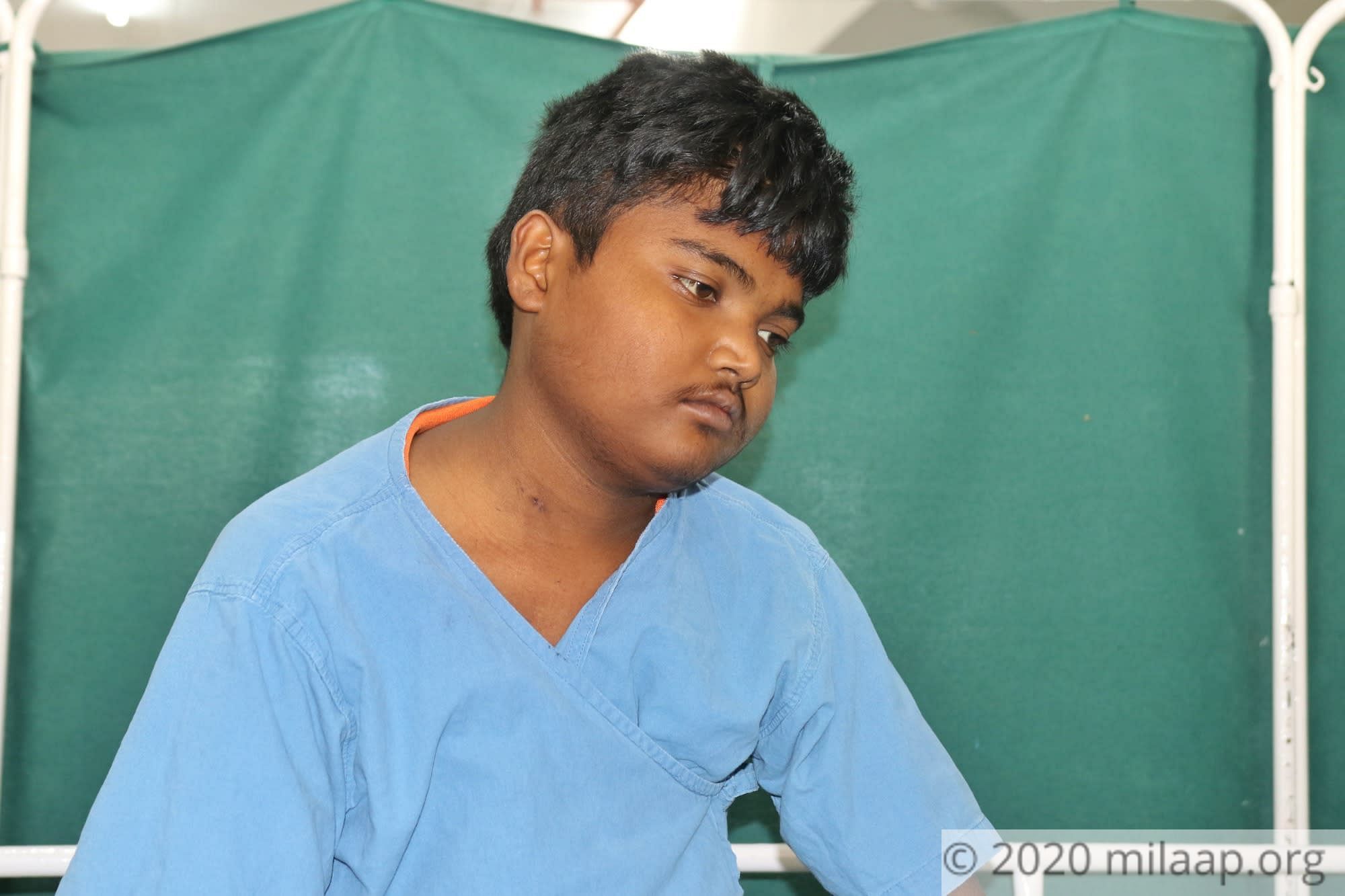 Share on facebook
Vishnu’s blood levels were low, his whole body was aching and he had a constant fever not less than 100 degrees. All these symptoms were so familiar and at last, they added up to Sankara’s worst fear, his son had cancer too.

“I feel like I am cursed. First my wife, then my elder son and now this cancer is taking away the only family I am left with- Vishnu. If I lose him too, who will I live for?”- Sankara, the father 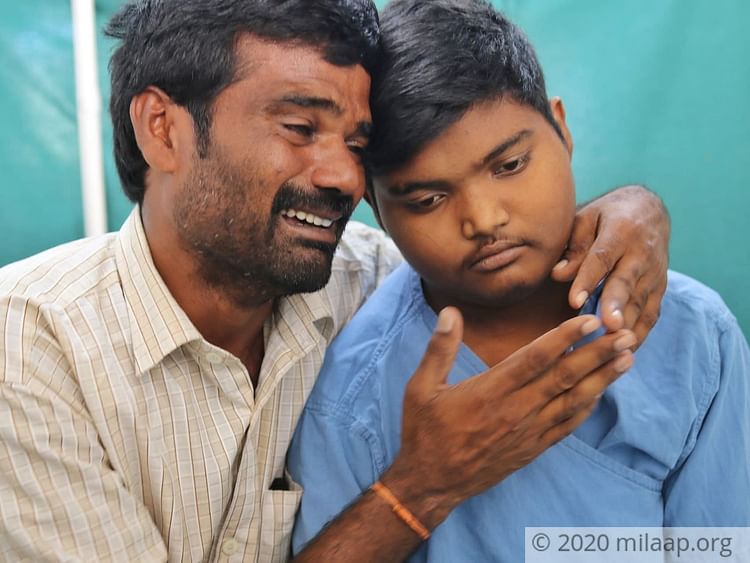 Sankara blames himself for his elder son’s death

Vishnu’s mother’s sudden demise in 2011 shook the entire family. She was diagnosed with a cancerous tumour and within days, she passed away. It was very hard for them to recover and just when they did, Vishnu’s elder brother was diagnosed with Acute Lymphoblastic Leukemia - blood cancer.

“He could have lived, he could have been with us right now but I couldn’t save him... I failed to save him. I begged and borrowed and tried everything I could but the cure, it was way beyond my capabilities. And now the same thing is happening to Vishnu…” 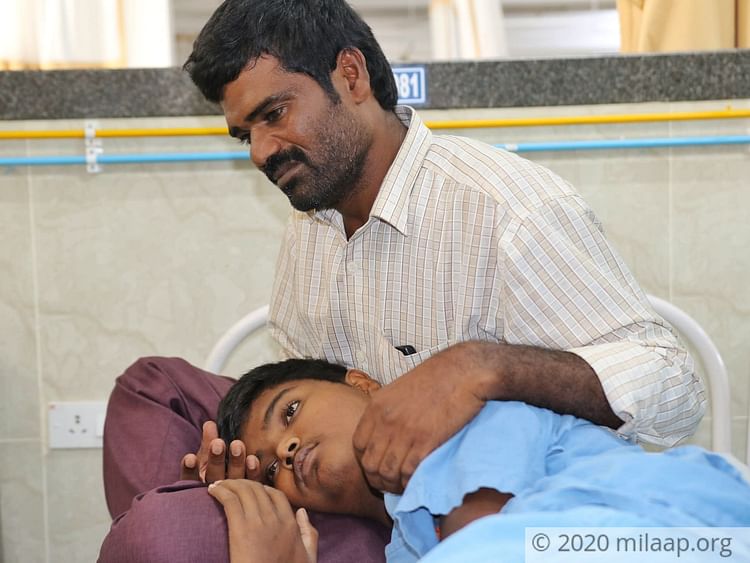 Vishnu and his brother Pawan were very close to each other. Pawan’s death shook Vishnu to the core. His best friend was taken away from him and he still hasn’t recovered from the loss. Now, he is scared for himself but he is scared for his father the most.

“It’s only me and papa now. Without me, he will be alone. I want to live and take care of him, be with him… I don’t want to leave him too.” - Vishnu 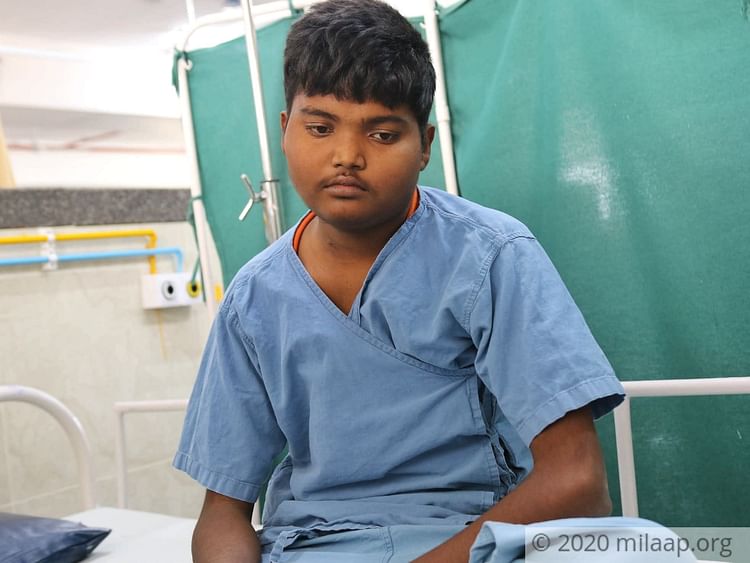 I am just a labourer with no land or wealth

Vishnu needs chemotherapy to fight this deadly cancer but it is going to cost 10 lakh rupees. Sankara is a daily wage labourer and his income is not enough to bear such a cost.

“How do I comfort him? How do I say it’s going to be okay when I don’t know for myself what I am going to do. I am failing again and it’s scary. I can’t let this happen but...but I am helpless.” 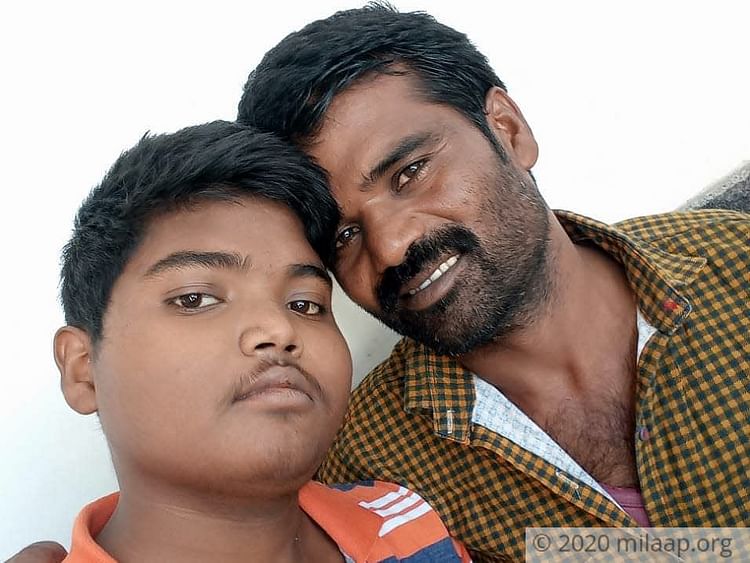 Sankara is helpless and devastated. You are his only hope to save Vishnu. Your contribution can save him. Click here to help. 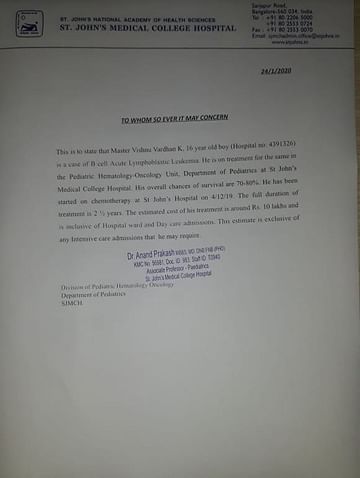 wishing you and your father the very happiest of lives. take care.

Donated to this campaign via Bank transfer/QR Code? Click here if you can’t find your donation listed below.
CT
Charlie donated RM3,800

wishing you and your father the very happiest of lives. take care.

Vishnu, May Hari Narayan Vishnu take care of you. Praying for your recovery and good health.