Vishnu's Disease Is Killing His Healthy Cells, He Doesn’t Have Long To Live | Milaap
loans added to your basket
Total : 0
Pay Now

Vishnu's Disease Is Killing His Healthy Cells, He Doesn’t Have Long To Live 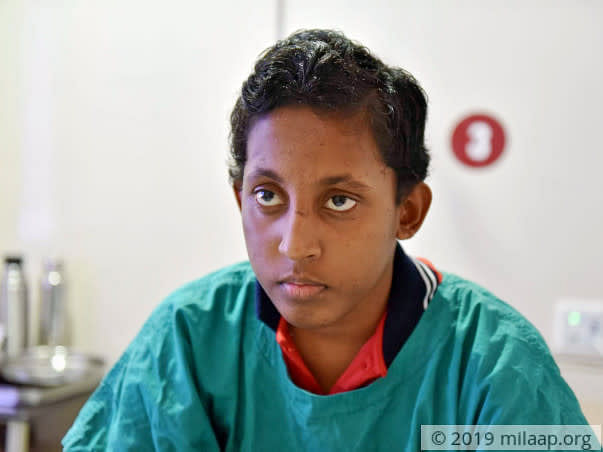 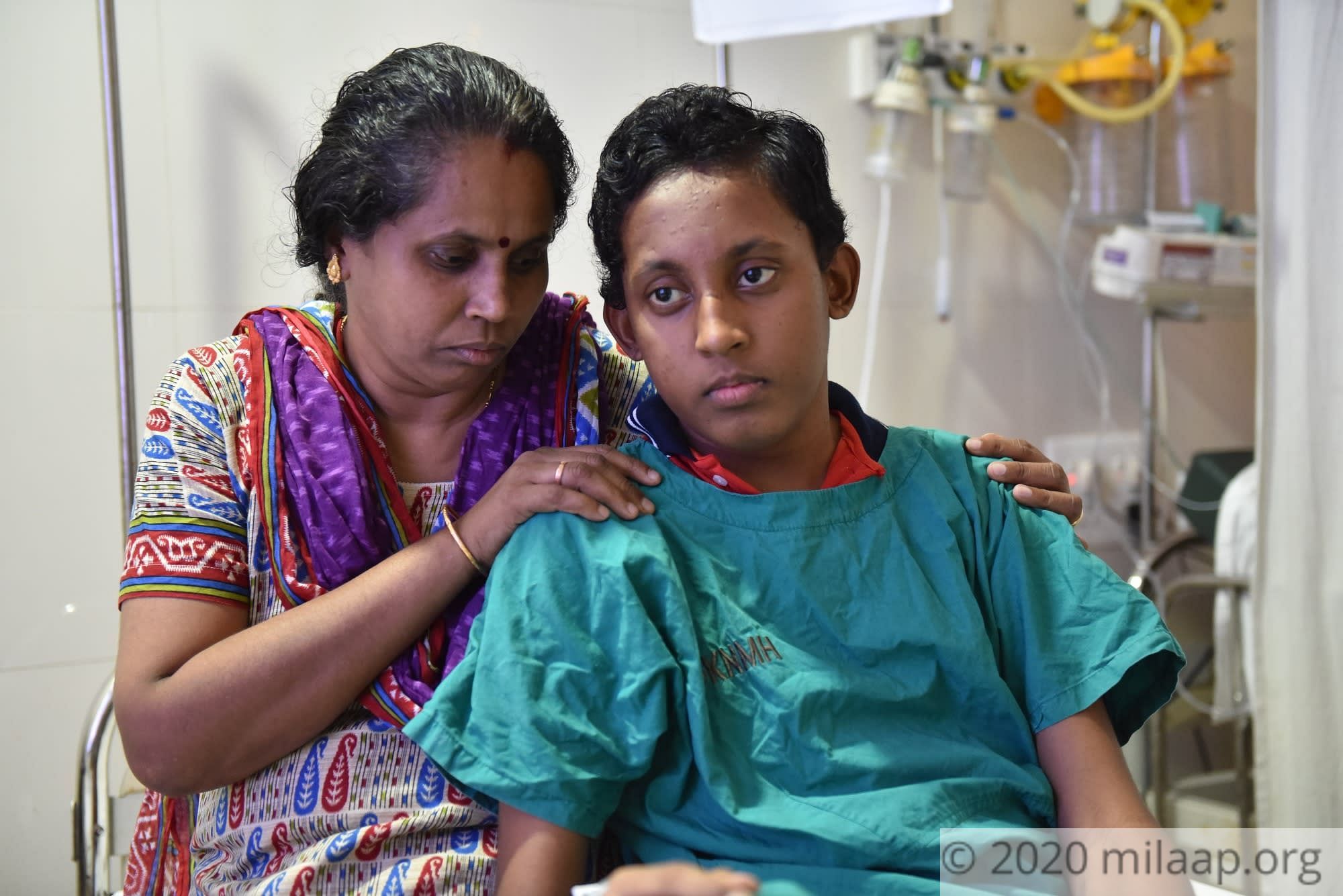 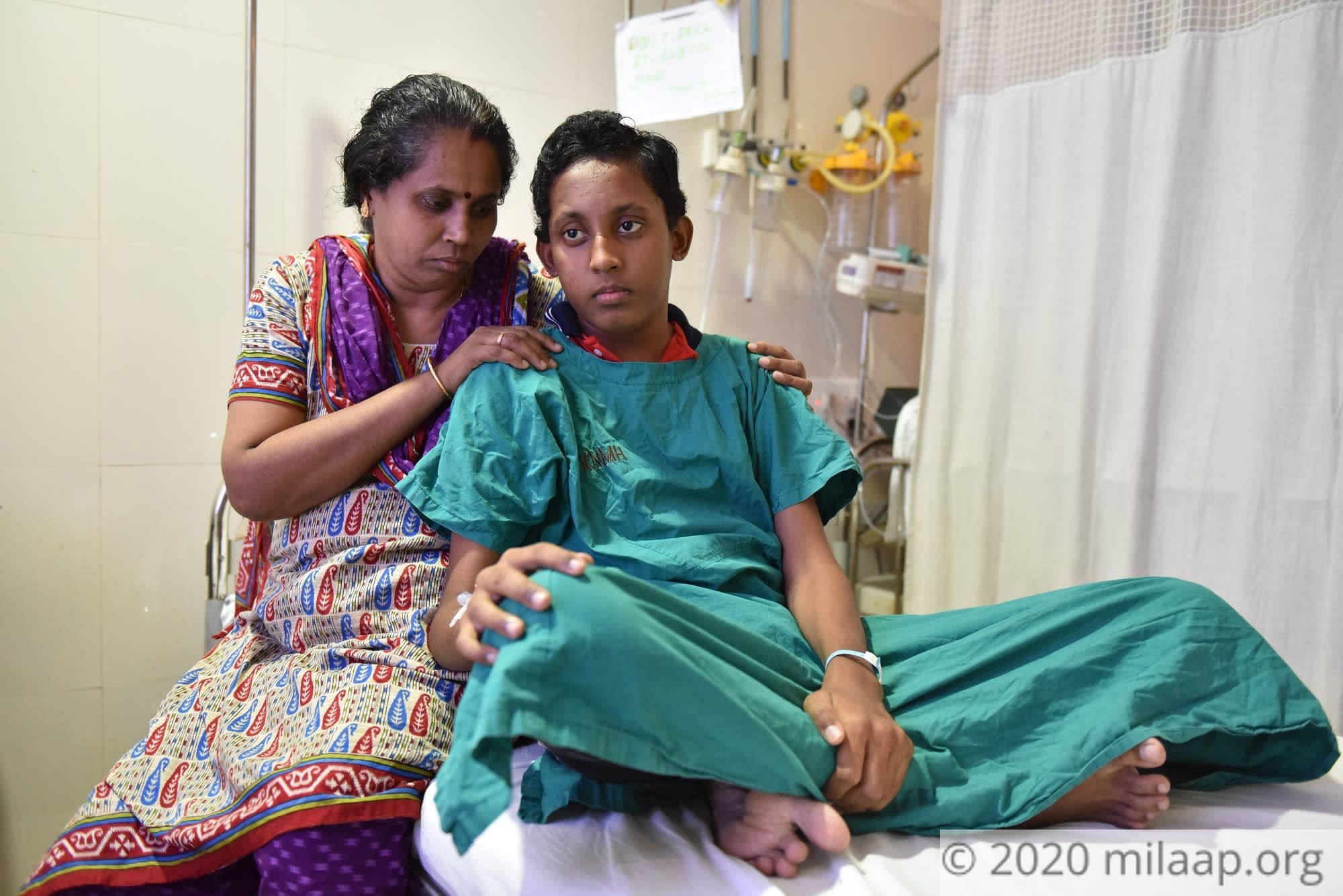 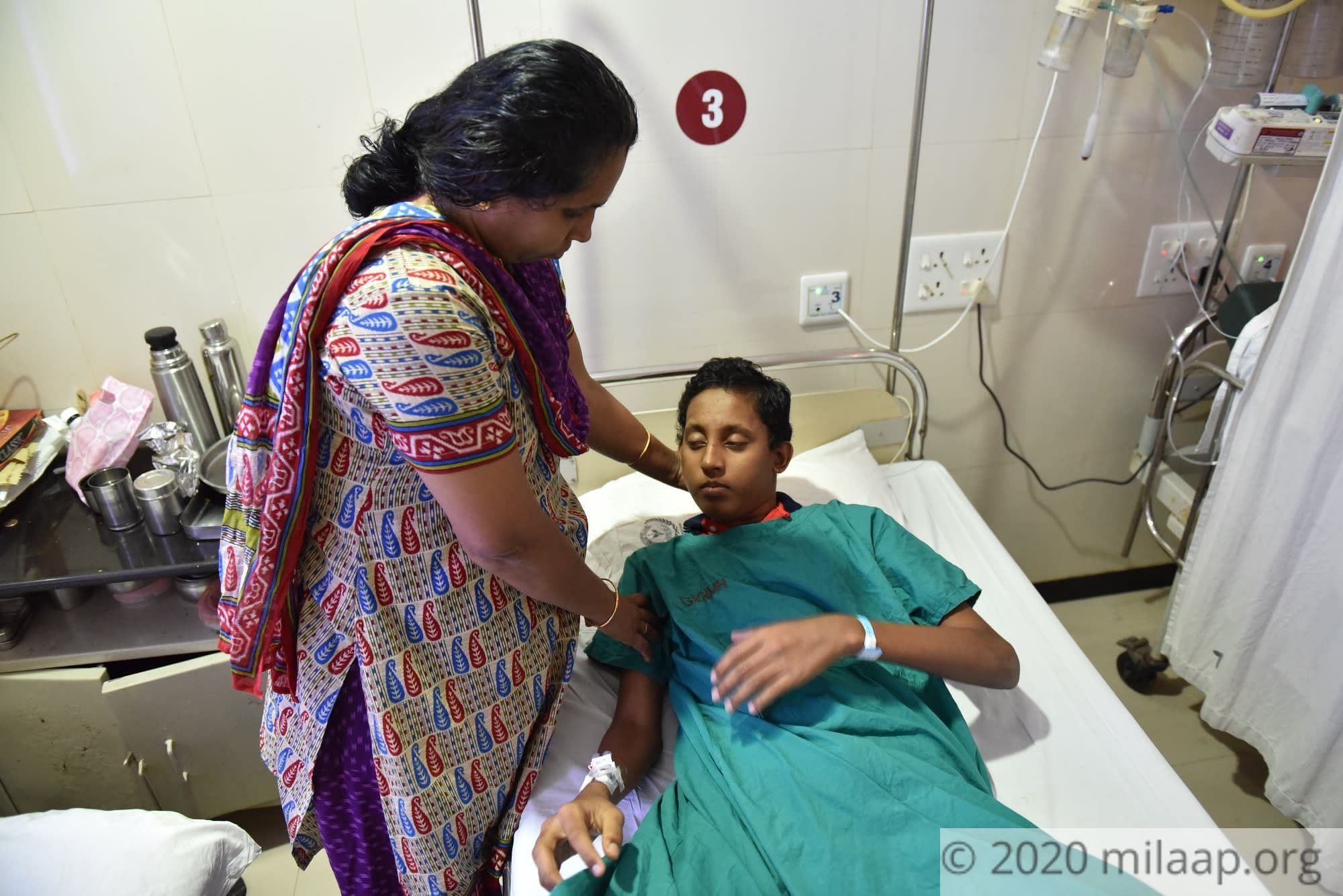 “Everyone his age is out there worrying about their college tests. But Vishnu is here fighting for his life, with each medical test proving fatal for his hopes and dreams!” – Prasanna, mother.

It all started with a recurrent fever

Vishnu had just started going to college when one day, he fell sick. It was only a normal fever and he was prescribed antibiotics by their neighbourhood doctor. It subsided only to come back the very next day. The parents were worried about the pattern, for the fever never left. Ten days later, when there was still no change, they rushed him to a nearby hospital.

“Seeing his condition, the doctors prescribed multiple scans and tests. We were afraid of what it might be. Luckily for us, it was all normal. There was nothing wrong with him and were relieved! We had no idea what was in store...” – Babu, father.

But the fever came back, stronger

15 days later, when he was in college, the fever returned again. This time, he was shivering all over and could barely stand. When the doctors saw the symptoms, they advised an immediate consultation with a haematologist. He was then diagnosed with Hemophagocytic Lymphohistiocytosis (HLH) – An immunodeficiency syndrome.

“He has always been a healthy child. Now he has a life-threatening sickness? I still don’t know how this is possible!” - Prasanna

Hemophagocytic lymphohistiocytosis is a rare disease of the immune system. It is a condition where the body produces too many immune cells that end up attacking internal organs such as the bone marrow, brain or liver. The treatment involves chemotherapy, amongst other medication.

"I am worried about my husband too. He comes rushing to the hospital as soon as he finishes his 12-hour-shift. The fear is eating us both!" - Prasanna.

Ever since the diagnosis, life has never been the same for Vishnu

Because of his sickness, Vishnu is leading a life of restrictions. He is not allowed to go out because of the risk of catching an infection. While kids his age are off to college, he stays home all day, trying to read whatever he can from the books. The kid who once played football for hours together has made do with watching it on TV, for months now.

“When I see boys of his age carrying on with their lives like always, I can’t help but feel a sting of pain. Why did it have to be my son?” – Prasanna, mother.

“Three days after the diagnosis, his treatment began. But on the second day of medication, he had an attack of seizure. That was just the beginning of his nightmares, and ours. They give him spinal injections every 15 days and now he doesn’t even wince. He has gotten used to the pain. College life is all forgotten. His life has become all about needles, hospitals and tests.” – Babu.

Vishnu needs chemotherapy and the cost amounts to 8 lakhs. Being the sole bread-winner for his family, Babu has been struggling to make ends meet with the hospital expenses growing each day. With his monthly income being Rs.13,000, he has no hopes of being able to afford his son’s treatment.
“When his treatment began, the medicines for just 3 days costed 3 lakh rupees. At this rate, how can we save our son?” – Prasanna.

“First, we were devastated about his sickness. Later, to top all that, the expenses came into picture. If the only way I can save my son is by having enough money to afford his treatment, I am afraid I will fail as a father. He is our only son! I’ve done all I can and now, I do not know what to do! At this hour of need, I request you to please help us save our son!” – Babu.

The parents have done everything in their strength to save their son and have no way forward. Your contribution can help save him.

Click here to know more about Vishnu
Donate now
OR
Click here to read the instructions before you make a bank transfer.