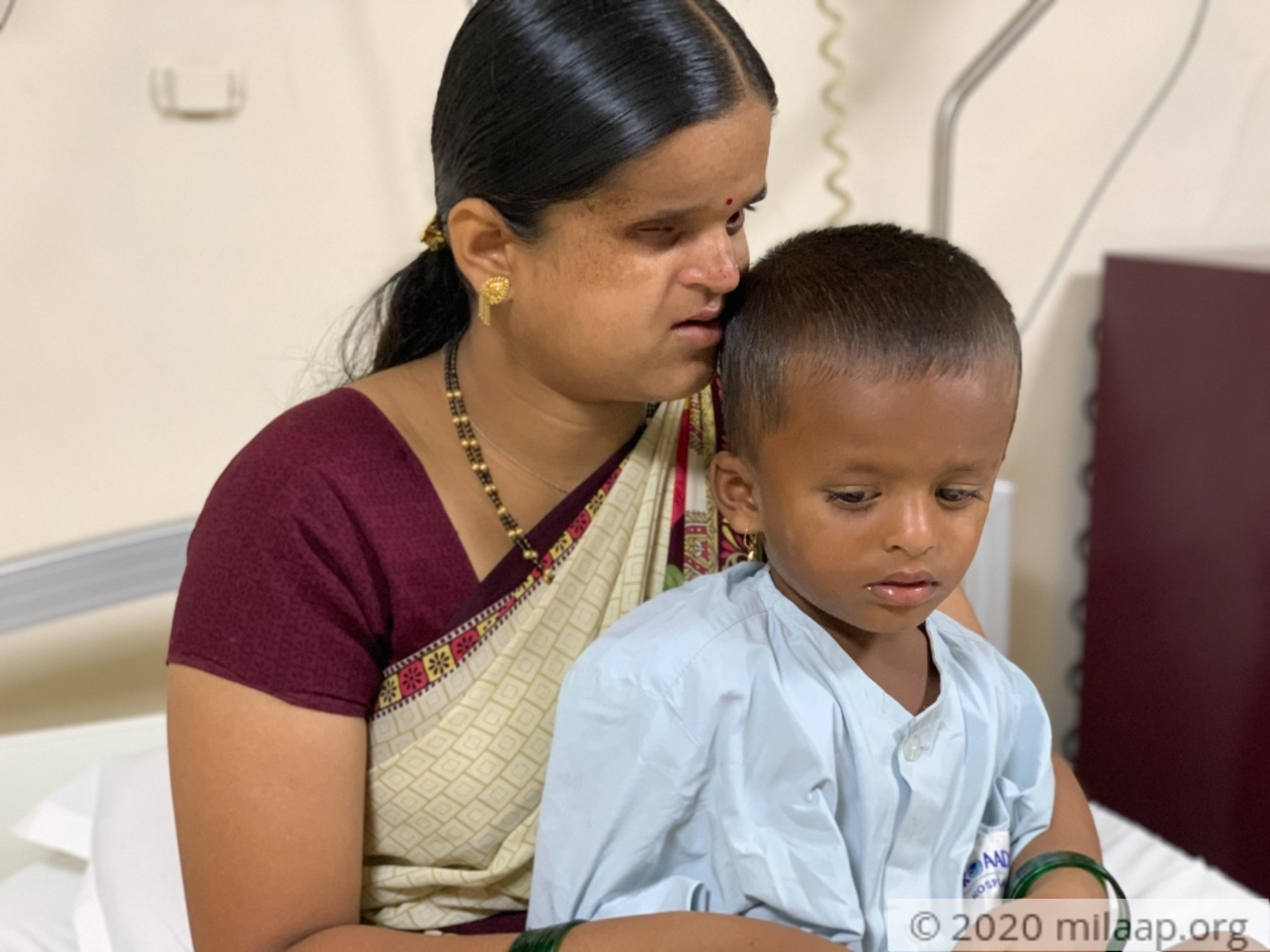 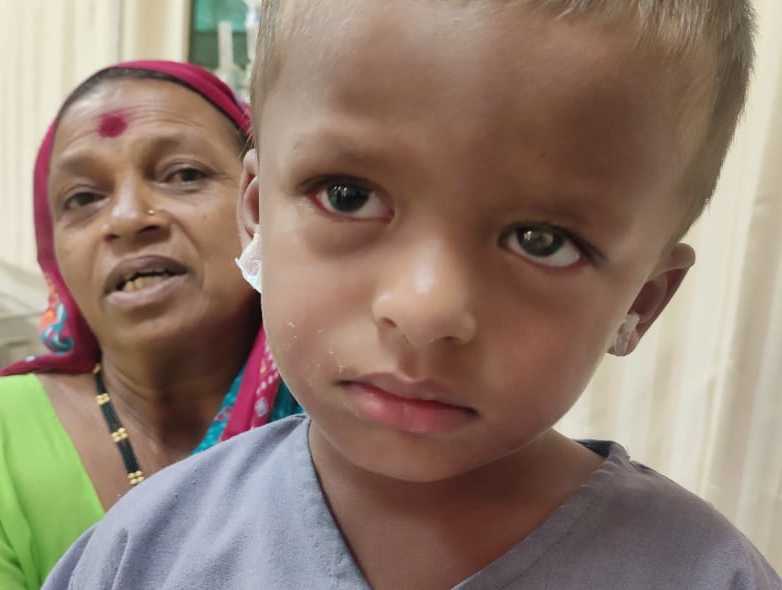 Share
When I first found out our son may lose one of his eyes, I just broke down. I know what it’s like to suddenly lose half your sight. I know the emotional pain when kids start mocking you for it, when those in your neighborhood start referring to your house as ‘kaanyacha ghar’ (the house with the one-eyed kid). I know all this because I lost my eye when I was a child. My husband knows the pain of being mocked as well, having grown up with polio.
If we can’t get our son treated in time, he may become handicapped just like us.
Or worse...
— Lata, unable to continue
Two weeks ago, in the last days of April, Lata and Manohar had noticed that 2-year-old Viraj’s left eye seemed to be very red. Thinking it was an infection, they gave him eye-drops but to no avail. At their local doctor’s recommendation, a confused and scared Manohar had taken little Viraj to a bigger hospital nearly 60km away to get some special scans done.

“Afterwards, we were in the waiting room for so long. Finally, we were called into the doctor’s office, and he asked me if I’d like a glass of water. I told him I just wanted to know what was wrong with my son, why he needed some special scan. That’s when I found out that... that my son has eye cancer!”

The cancer is already starting to clearly show as a white spot in the middle of the poor boy’s eye. Manohar has had to take his son to the doctor at least 7 times in the past two weeks, the 2-year-old's pain becoming more and more difficult to bear. He cries all the time now, and the gradual blinding has already started! If he doesn’t get treated immediately, first he’ll permanently lose sight in his left eye, then the right eye, and finally, a few weeks later, the cancer will take his life as well. That day the doctor had said that Viraj needed surgery and chemotherapy within 3-4 weeks, of which 2 are already gone.

“I got polio when I was a boy, and it left me barely able to walk. My whole life I had to suffer and struggle. It was hard for me to make friends as a child, hard to find jobs as an adult. When I got married, I had promised myself that I would work hard and send any child of mine to a good school, make sure they had lots of friends. I had wanted Viraj's life to be free of pain and suffering, unlike mine. Lata understood this as well. But now... my poor Viraj... Is the universe punishing us? Are we cursed? What have we done to deserve this?”

These parents can’t afford the cost of Viraj’s treatment

“They’re saying it can cost up to 8 lakhs for it all: immediate surgery, followed by chemotherapy to make sure the cancer is gone. We would happily spend 8 crores on our son’s treatment, but we have no money at all! Before the lockdown my husband used to work in a small kirana shop, but now we don’t have that either. All the savings we had built up over the years – a little over Rs 30,000 – we spent in the past 2 weeks for Viraj’s scans and medication alone. Please, neither of us can bear the thought of losing our child. He’s the only source of positivity in our lives. Please help us...” — Lata

Viraj has a great chance at recovery if  he gets treatment immediately. Even a week’s delay and he will lose his sight. Anything more and he could lose his life. Click here to donate, and save this family.
V
Patient Viraj is 2 years old, living in Malkapur Kolhapur District, Maharashtra
AA
Being treated in Aster Aadhar Hospital, Kolhapur, Maharashtra