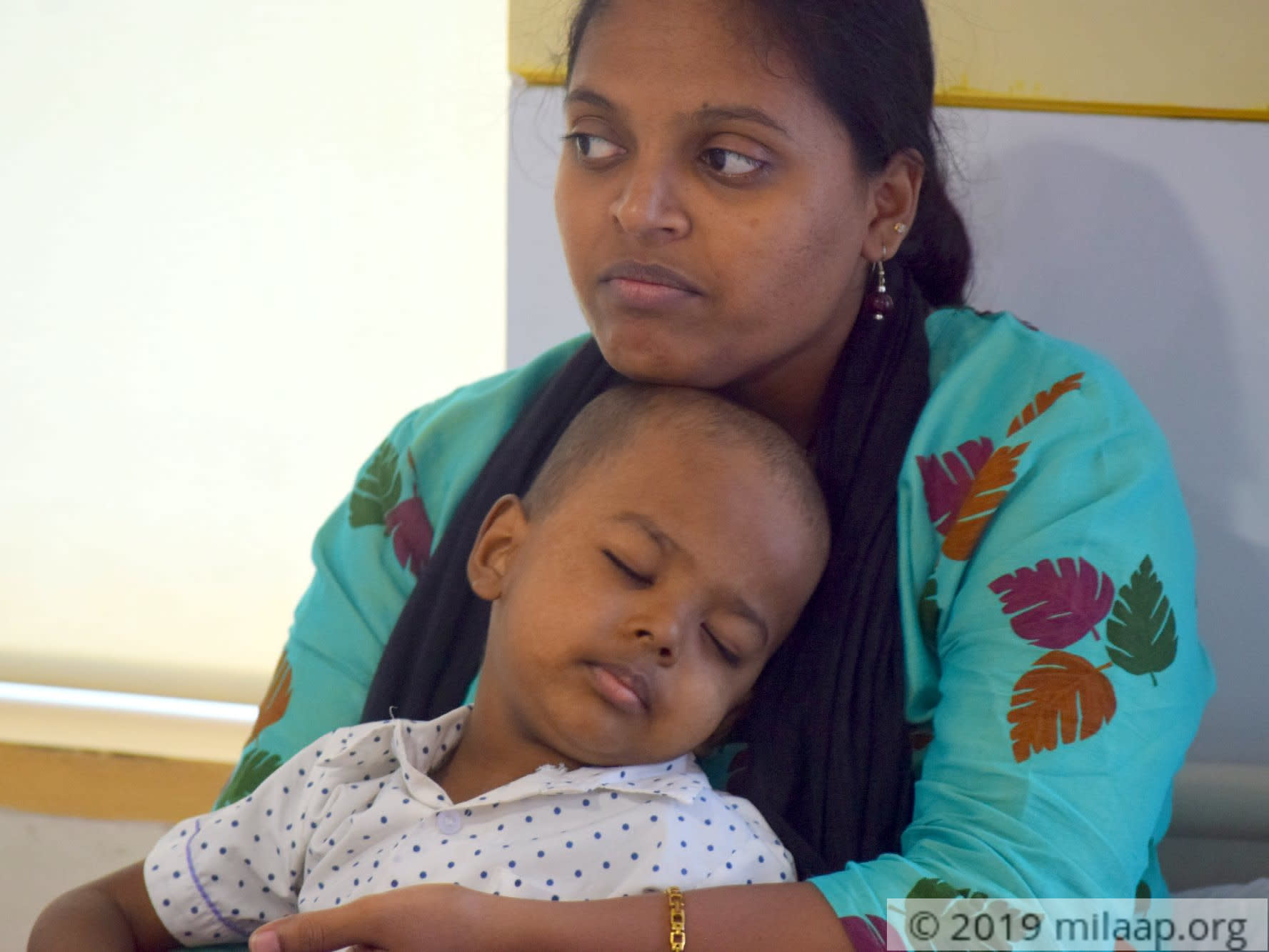 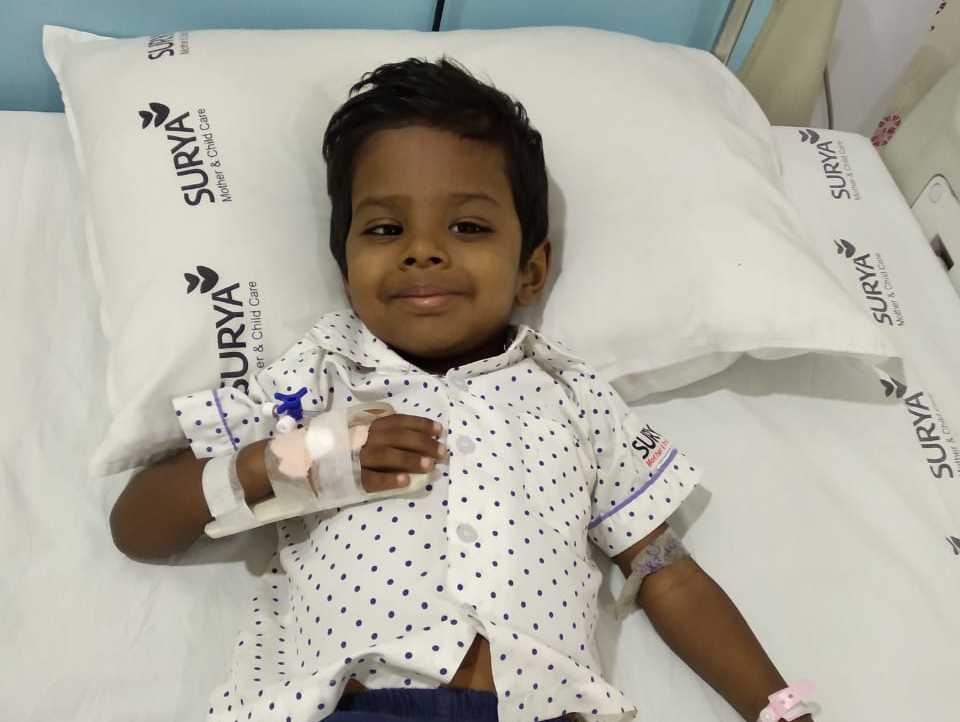 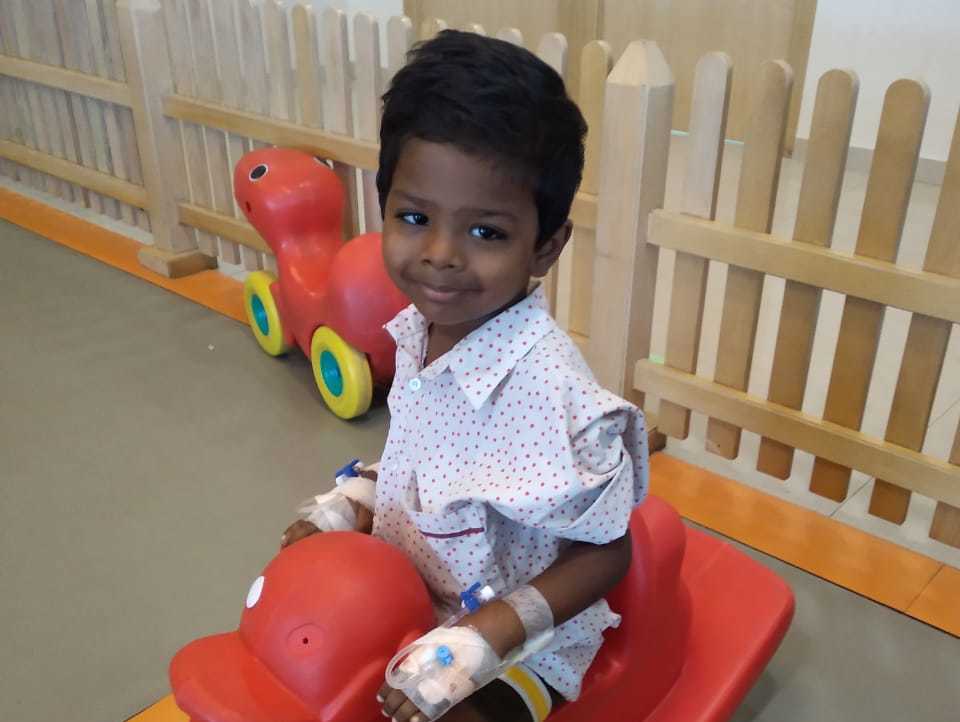 "Smoking causes cancer they say, why then did it choose my 4-year-old? He screams in pain and fear, at the hospital. He cries for us when the needles go in, while we stand outside the door, wincing. If left to me, I’d rush in and take him away from all this; freeing him of his pain. But he has to be cured. He has no choice but to battle this deadly disease…”
– Vaishali, mother.

Till a month ago, little Vipul’s parents would beg for him to stop talking and go to sleep. An ever-smiling, active child, he would run around the house, telling them stories. Now, things have changed and the parents are aching for him to just talk to them. He’s helpless, and so are his parents.

Vaishali was so devastated, she thought the doctors were lying to her

“He was vomiting, had stomach ache and unceasing cough. We knew it was serious. But never thought it would be a question of life and death…When the doctors told us he has cancer, my wife refused to believe it. She kept accusing the doctors of lying over and over again. She couldn’t take it. It’s been a month, and she still cries, seeing him; like she did the first time we got to know. She’s torn between taking care of our 8-month-old daughter, and our ill-fated son.”
- Wilson, father.

Just when they almost lost hope, his treatment began

Wilson and Vaishali decided to begin his treatment instantly, but it was on hold for days together. Every hospital they went to, suggested a different hospital. Just when they were about to lose the last strand of hope of saving his son, he was finally admitted, and his chemotherapy begun.

“The treatment has left him with pimples on his face and a forever-sore throat. His teeth have gone bad. He has not got the strength to walk. We understand this is just a small price he needs to pay for a lifetime of good health. But seeing him suffer in front of our very eyes, it kills us. We have shaved our daughter’s head too, in case he asks us why his hair is gone. But, we aren’t able to do anything about his pain.”
– Vaishali.

He needs many months of chemotherapy to cure him. But after just a month of treatment, the parents are already exhausted financially. Unable to continue the treatment, they are struggling for funds in a desperate attempt to save their son. The treatment will cost them 12 lakh rupees, and they have no means to afford it.

“I work as a peon at an office and earn just enough for a decent living. Till now, having sold all that I owned, I’ve spent over 2 lakhs. The savings are empty and I am neck-deep in debts. I have borrowed from every known person and now I don’t know who else to approach. Some loans I have borrowed with such high-interest rates, that I don’t know how I will ever repay. But it’s a matter of our son’s life; nothing’s bigger than him! Help me save him, please.”
– Wilson, father.

The chemotherapy is his only way to beat deadly cancer. With a little help from you, his parents will be able to afford it.
VP
Patient Vipul Pagare is 4 years old, living in Pune, Maharashtra
SM
Being treated in Surya mother and children Care Hospital, Pune, Maharashtra