This Mother Barely Sleeps At Night, Terrified Her Child Won't Be Alive The Next Morning | Milaap

This Mother Barely Sleeps At Night, Terrified Her Child Won't Be Alive The Next Morning 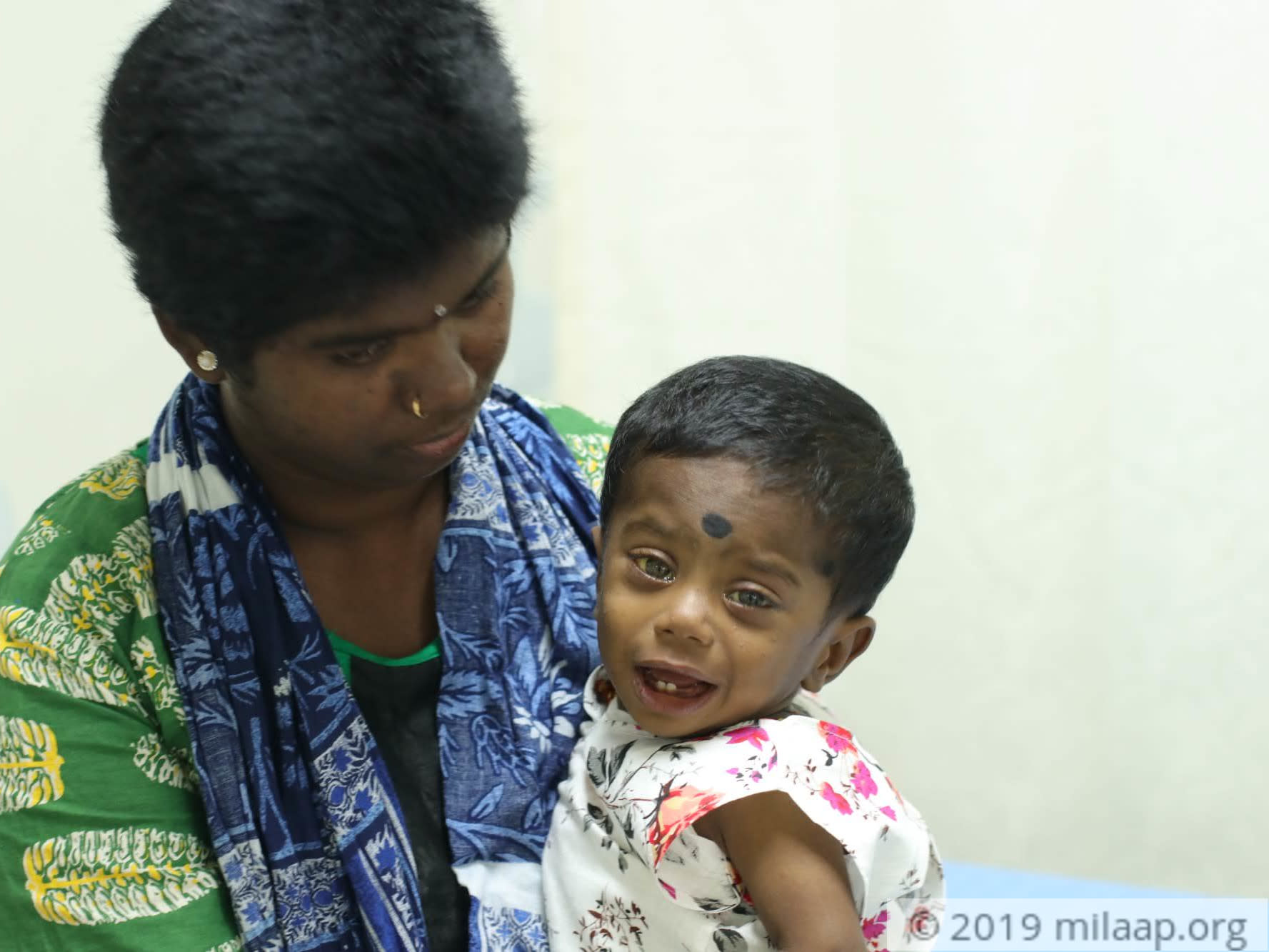 Share
He just turned one a few days back... And instead of celebrating, you know where we were?  We were at the temple. We were praying that he makes it to his second birthday.
- Nandeeshwari, mother
Vedanth was born prematurely at 32 weeks and stayed in the NICU for 1 week as a precaution. After all the tests, he was declared fit to go and was discharged but soon within 1 month his health started to deteriorate.

“He had jaundice... thrice. When it came the third time, doctors got worried that it might affect my baby’s internal organs. And it did… his liver is failing now. We have been roaming from one hospital to another for a cure.” - Sandeep

Vedanth has been diagnosed with Biliary atresia, which has now caused decompensated liver disease. It is a chronic liver disease that causes severe scarring of the liver in its terminal stages. Only a liver transplant can save Vedanth.

"He is not gaining weight at all, he doesn't look like a one year old. He is still so weak and tiny. But his stomach, it is swelling up so much" - Nandeeshwari

Vedanth is 1 year old now. And in this one year, this little baby has not slept in peace even for a single day. Nor have the parents. While Vedanth suffered with multiple problems, Sandeep and Nandeeshwari constantly kept trying to arrange the treatment money.

“We managed some 7-8 lakhs, all of which was spent on his treatment so far and now we are left with nothing to sell and no one to ask. My husband is just a small electrician, where will we get 18 lakhs from?” - Nandeeshwari

Our hands are tied, we are slowly watching him slip away

“Whatever I earn is not even enough to buy Vedanth’s regular medicines anymore, let alone to arrange such a huge amount. His health is deteriorating and we are helpless. We are watching him die slowly in front of our eyes.” - Sandeep

Vedanth has constant fever, his head is always warm. When he was born, he would smile at everyone and was playful. But with each passing day, he is becoming weaker and weaker.


The parents can see the weakness in his face but they feel helpless and devastated. They need your help to save Vedanth. Only a liver transplant can save him. Your small contribution can give him a second chance at life.
V
Patient Vedanth is 1 year old, living in Hyderabad, Telangana
RC
Being treated by Dr. Prashant Bachina in Rainbow Children's Hospital, Hyderabad, Telangana