Policeman Who Fought Death Now Struggles To Save Son From Cancer | Milaap
loans added to your basket
Total : 0
Pay Now

Policeman Who Fought Death Now Struggles To Save Son From Cancer 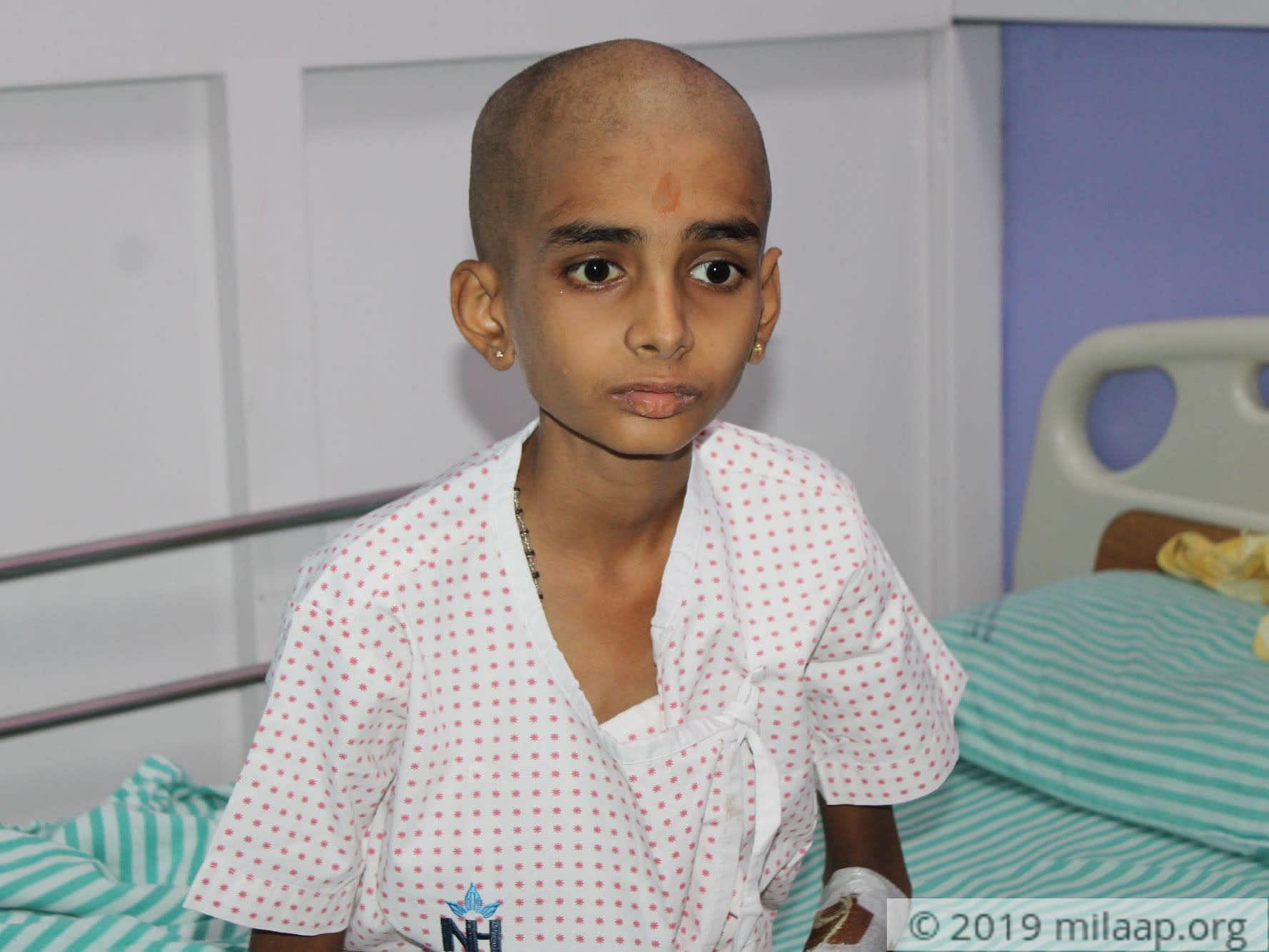 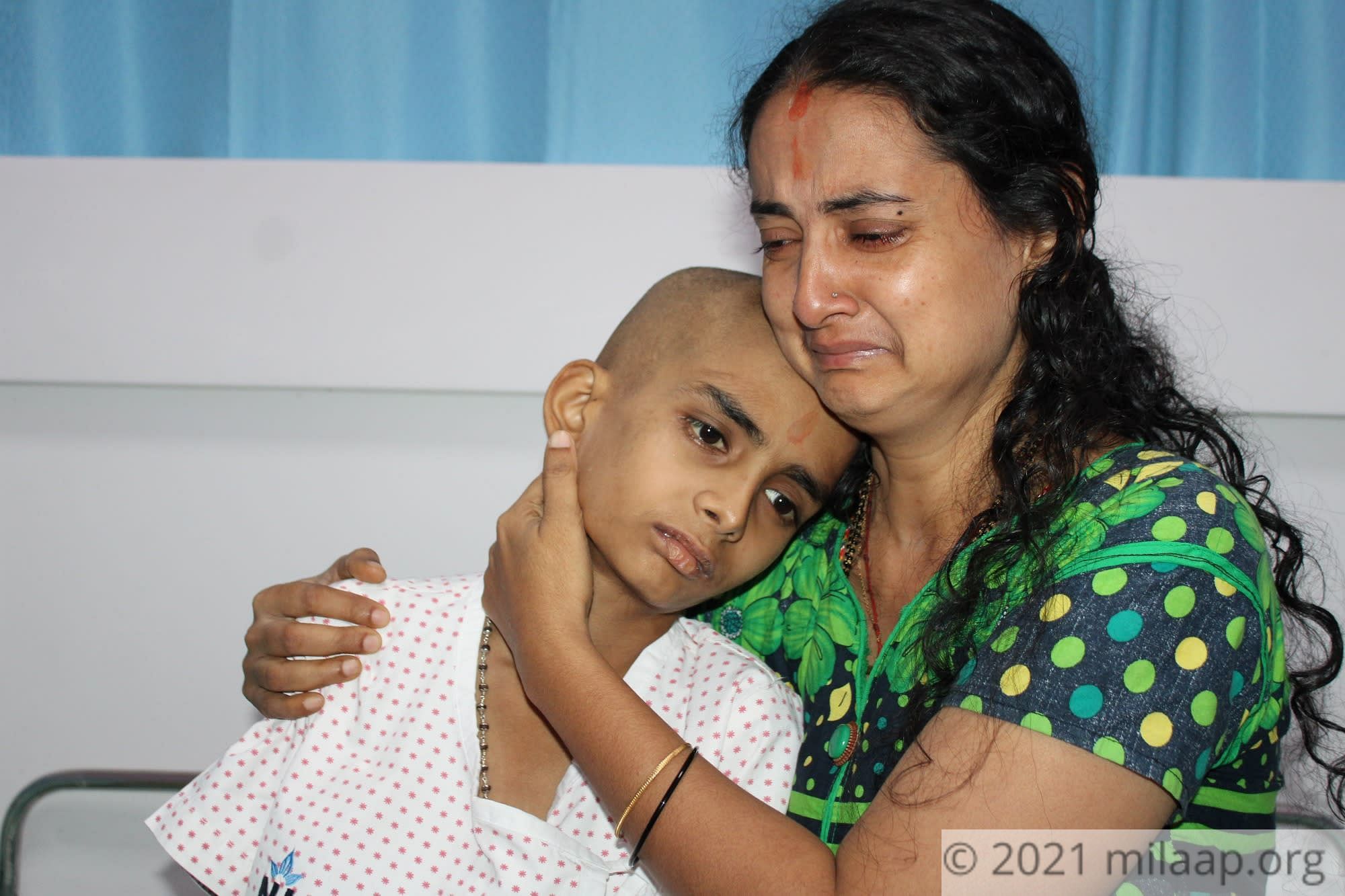 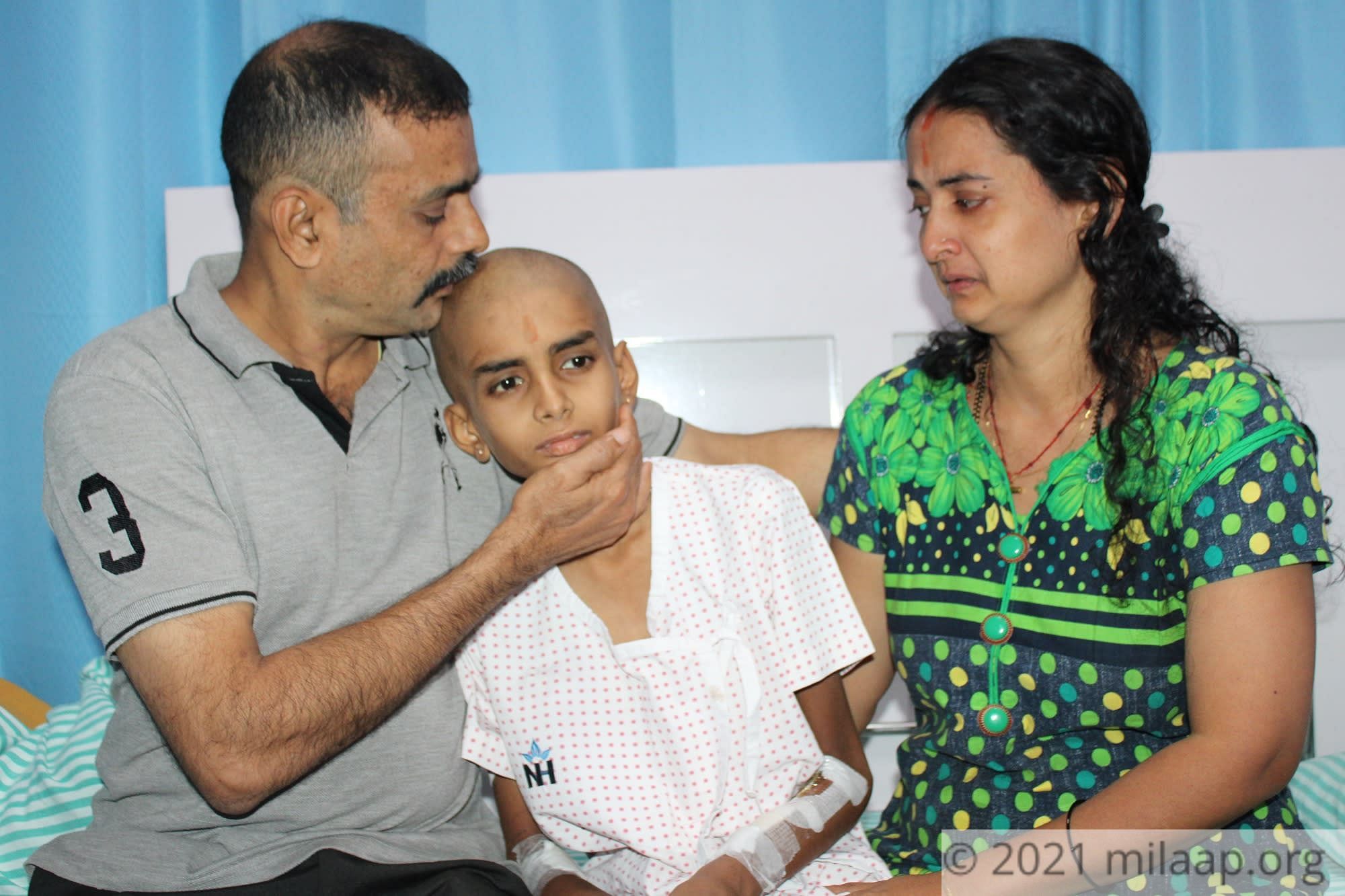 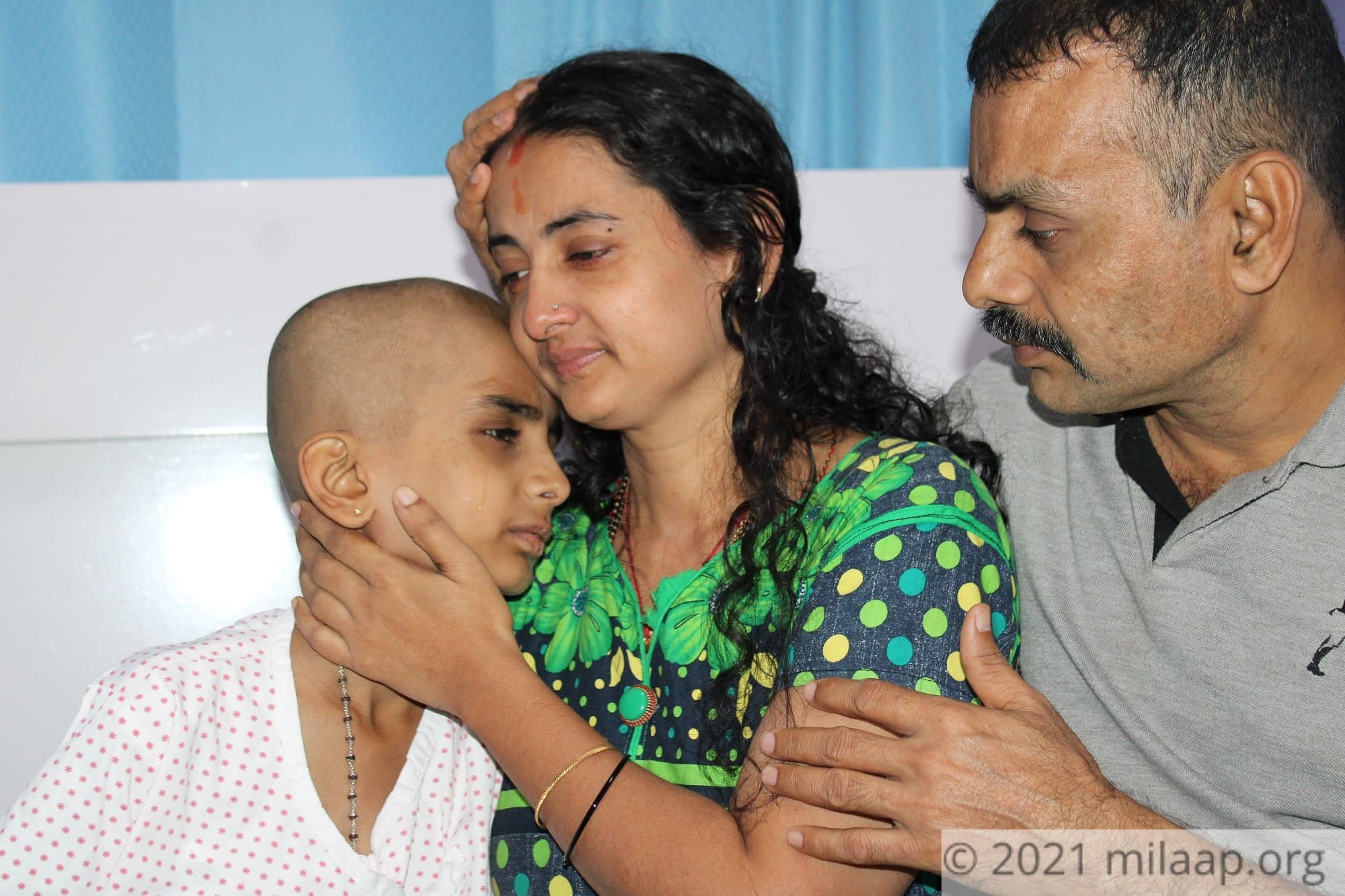 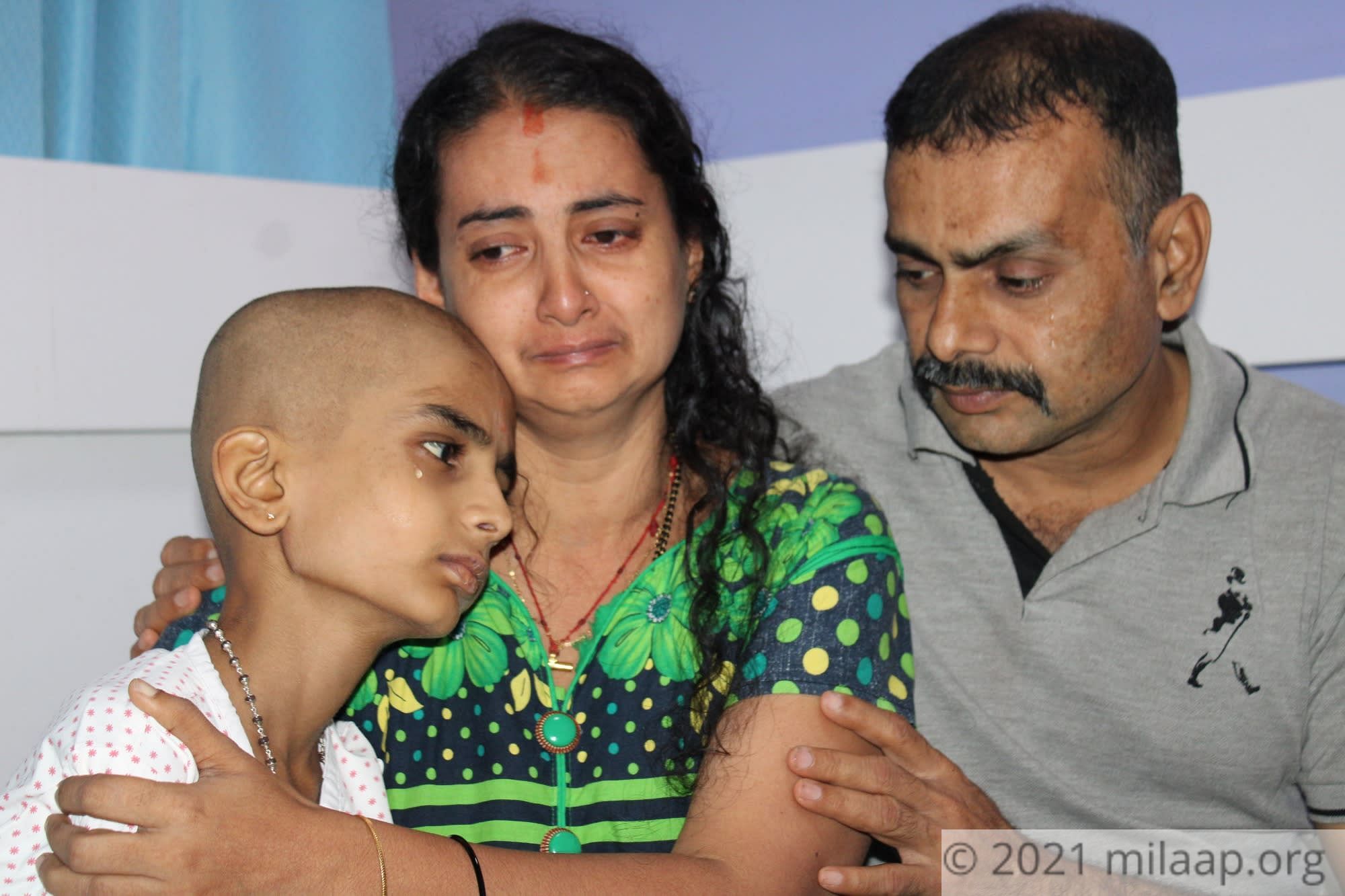 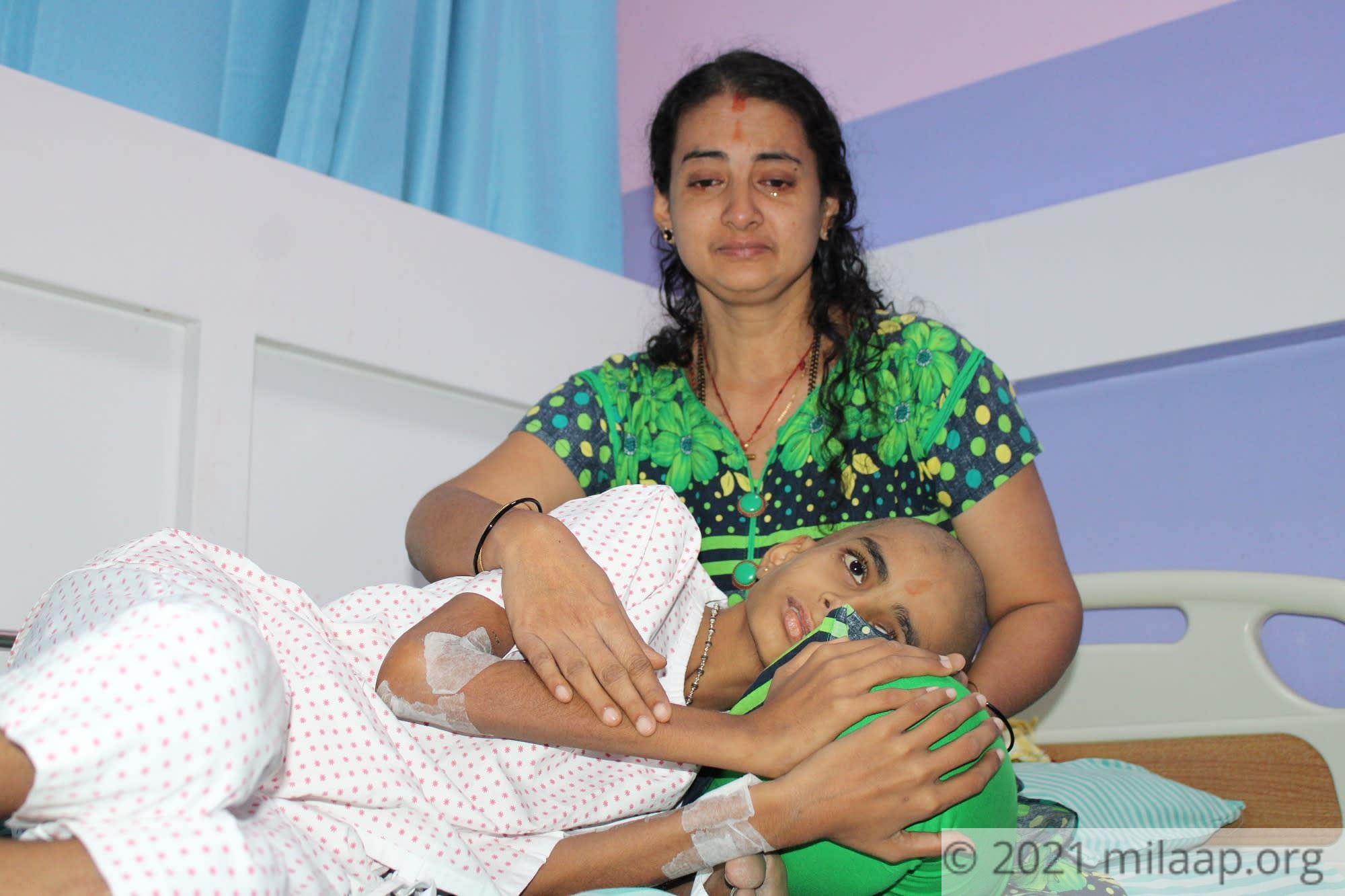 “I didn’t even recover completely from my surgery and my son is fighting for his life. After being through so much, after my near-death experience, we thought the worst was behind us but no. I still can’t believe that my son has cancer. And the scariest part is that, I am unable to afford his treatment," - Vishwanath, father of 11-year-old Vedanth.

Vishwanath suffered from brain hemorrhage and underwent a major surgery just 6 months ago. Vedanth was a very active and happy child. He loved to play in the playground after his school.It was not long after his father's surgery that the family started observing changes in Vedanth. As soon as he stepped into the house after school, he slept on his bed instantly. He was always tired and lost his appetite.

“We never thought it was something so serious until he got sick very often and his skin started turning pale. He started losing so much weight. He hardly ate anything," - Nirmala,mother

His parents were devastated when they got to know that Vedanth has cancer. They brought him to Bangalore for his treatment from their hometown in Udipi. While their elder daughter (15) stayed back which her aunt. She is constantly worried about her brother and keeps asking about him but the parents can't explain her little brother's struggle.

“I still remember standing outside the ICU all day waiting for my husband to wake up after the surgery. I was so terrified of losing him and now… I don’t know if I can handle this, but I know I have to be strong, stronger than ever for my child. He is already so weak, I don’t even want to imagine what he has to go through ahead," - Nirmala

BMT can save my child but 26 lakhs, how will we afford that?

Vishwanath is a diligent policeman who is revered by all.  But after his surgery he has been on a break.His condition hasn't allowed him to go back to work. He has been taking 9 pills a day for his recovery and the cost of these medication along with the money he spent for his treatment is already too much for him to handle.


“I am constantly thinking about my son, my pain was nothing compared to what he's going through now. He has been reduced to 23 kgs and it is getting scarier each day. I don’t want to lose him and I am so stressed, How will I get 26 lakhs?” -  Vishwanath

Vedanth has undergone 1 cycle of chemo. He needs a few more after which he will require BMT, without which he won’t be able to survive. Vishwanath is in distress. He has exhausted all his resources and can't find a way to save his son.

You can help save him. With your help Vedanth can go back home and lead a normal life again 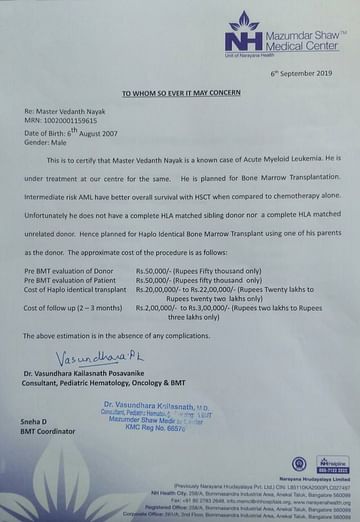 Click here to know more about Vedanth
Donate now
OR
Click here to read the instructions before you make a bank transfer.

God bless him with a speedy recovery

NA
Nitish Rs.33,000
1694 others have contributed
Click here to know more about Vedanth

Donated to this campaign via Bank transfer/QR Code? Click here if you can’t find your donation listed below.
A
Anonymous donated Rs.35,000

God bless him with a speedy recovery

May Bajrang Bali help you stay strong and bless you with a healthy and long life...Jai Shri Ram