This 12-Year-Old's Cancer Diagnosis Changed Not Just His Life, But His Family's Too | Milaap
loans added to your basket
Total : 0
Pay Now

You are sending a message to
Vaddi Varaprasad
Go back

This 12-Year-Old's Cancer Diagnosis Changed Not Just His Life, But His Family's Too 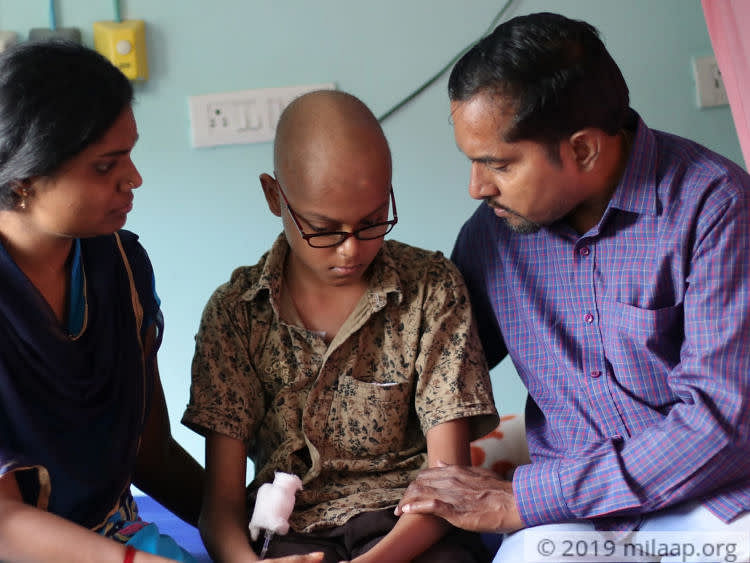 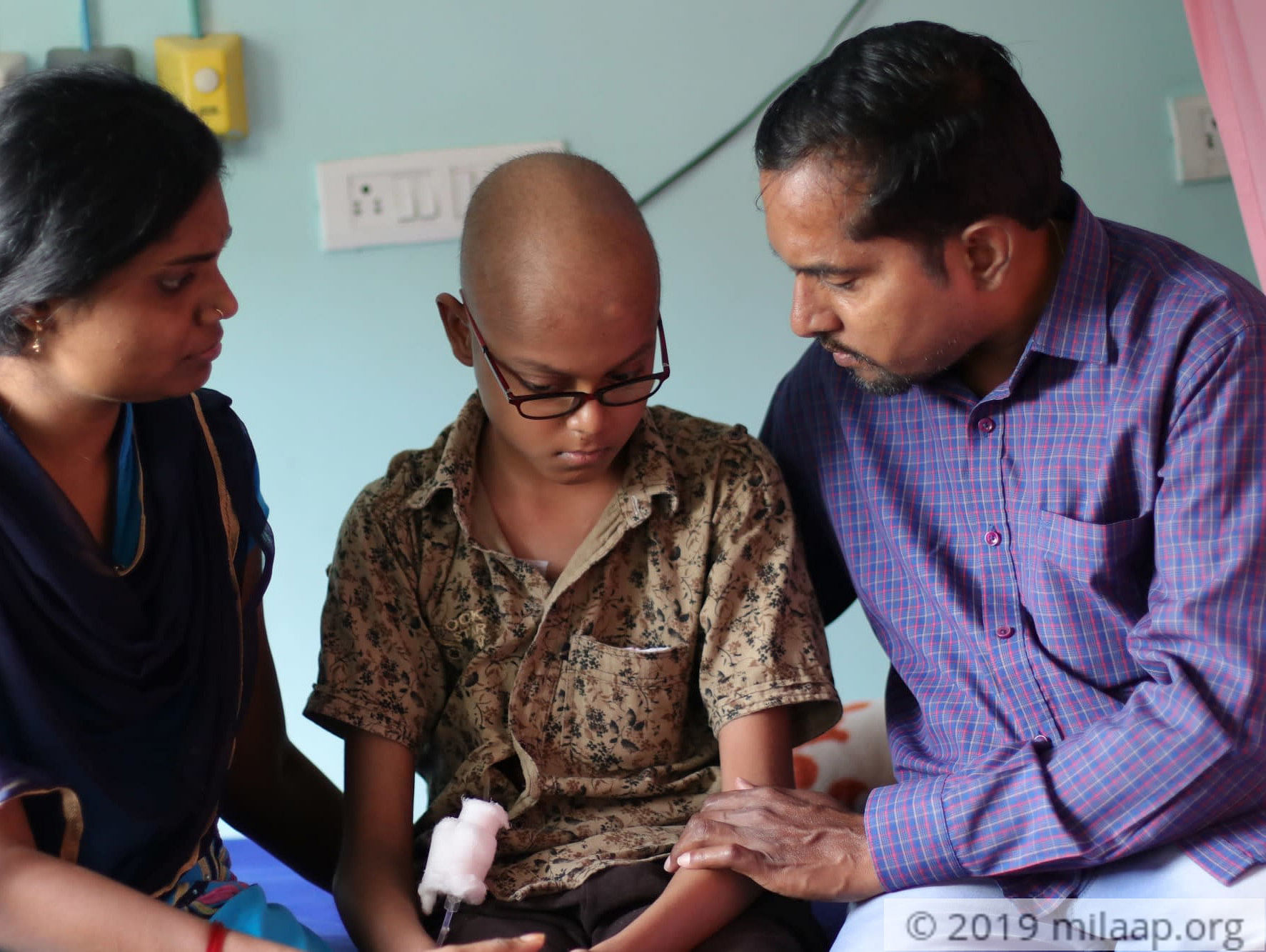 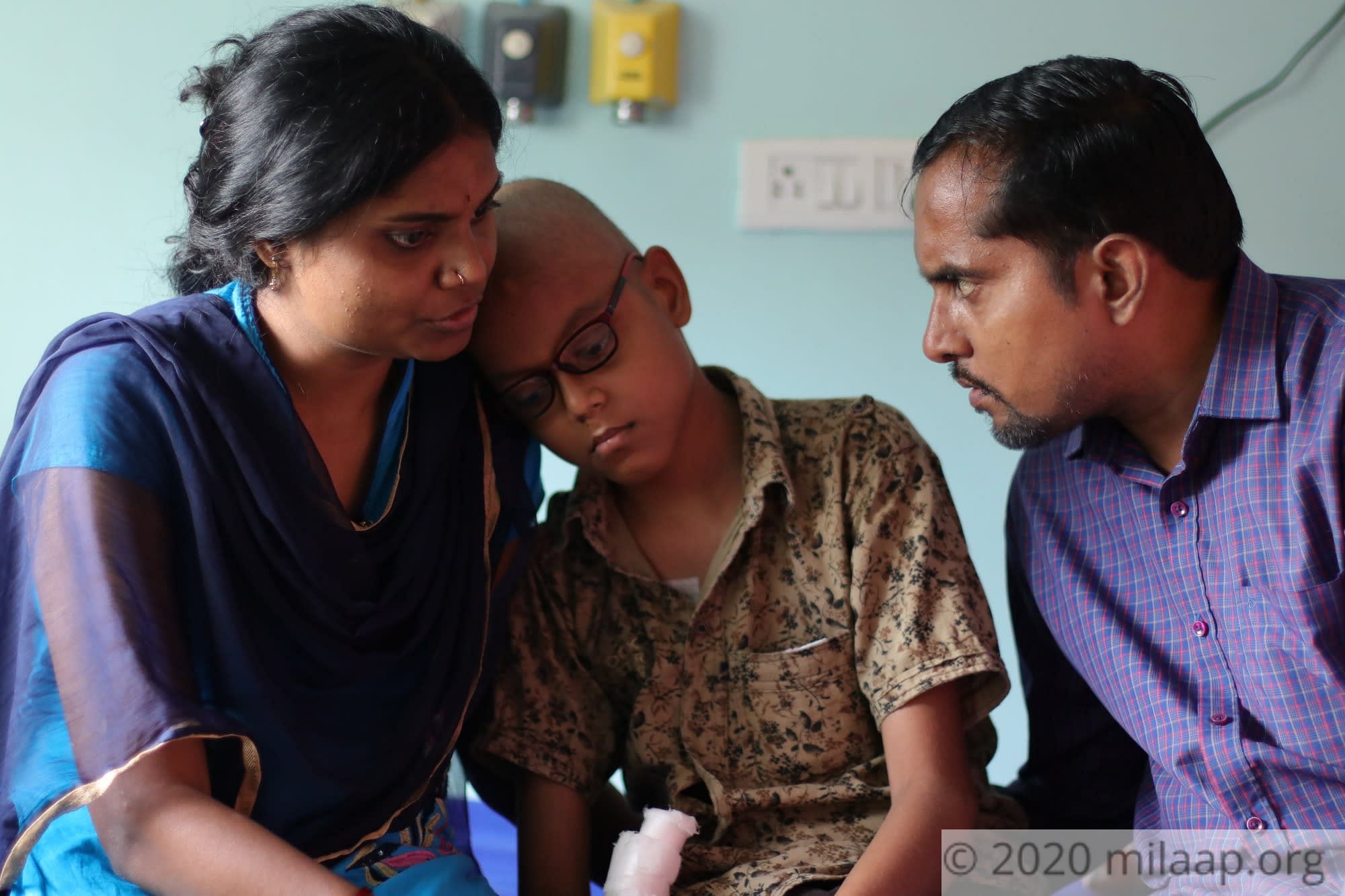 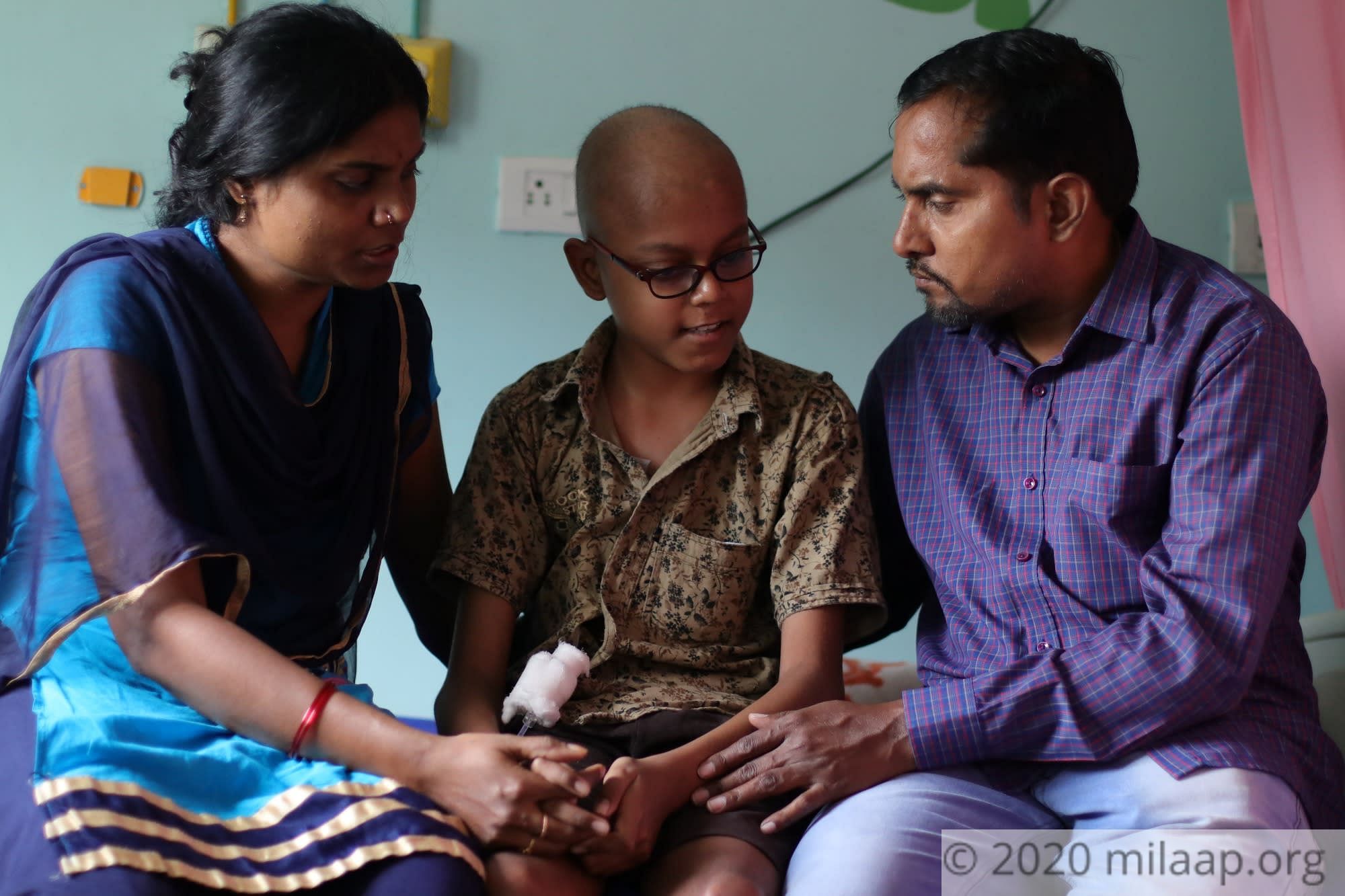 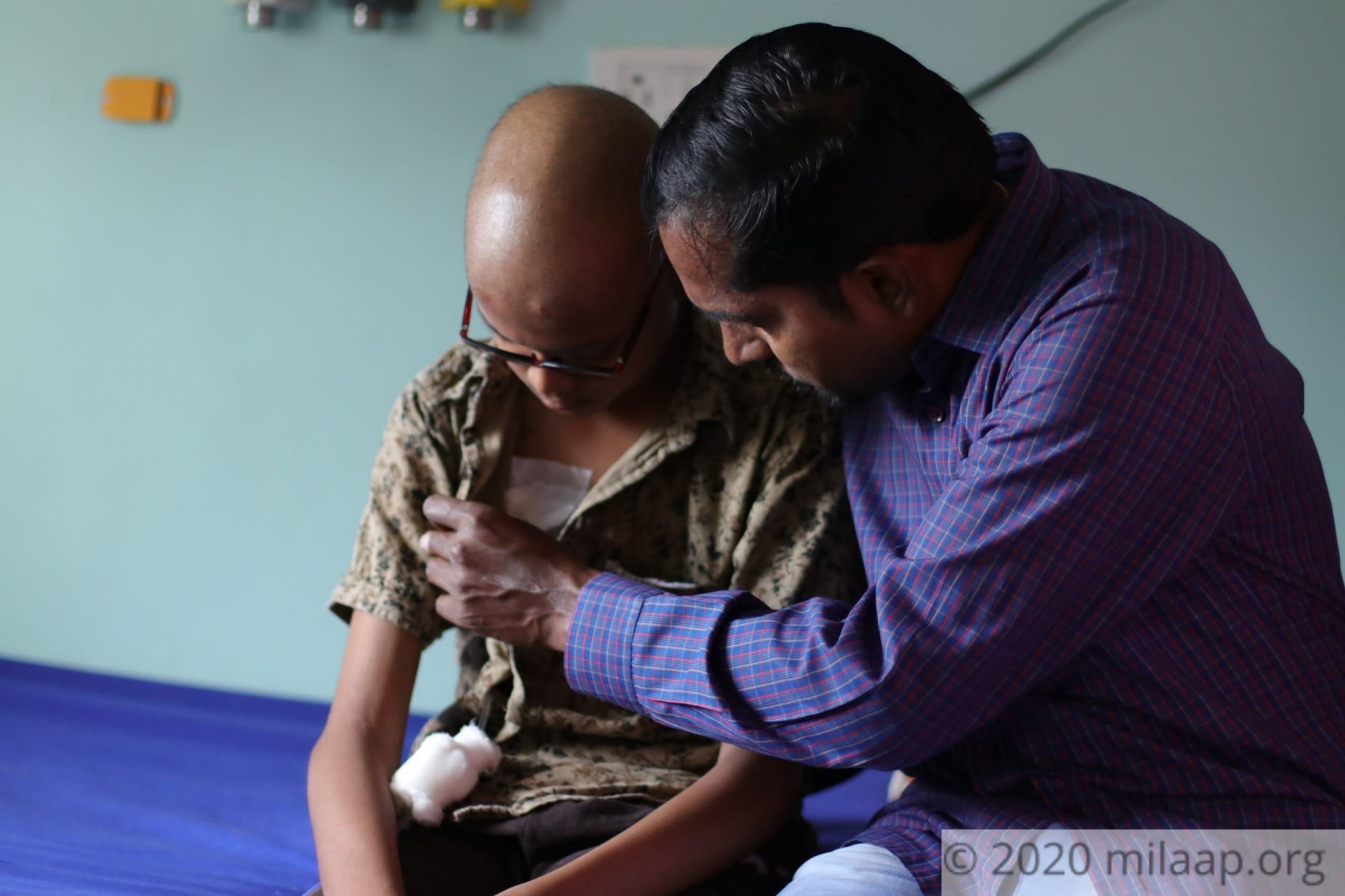 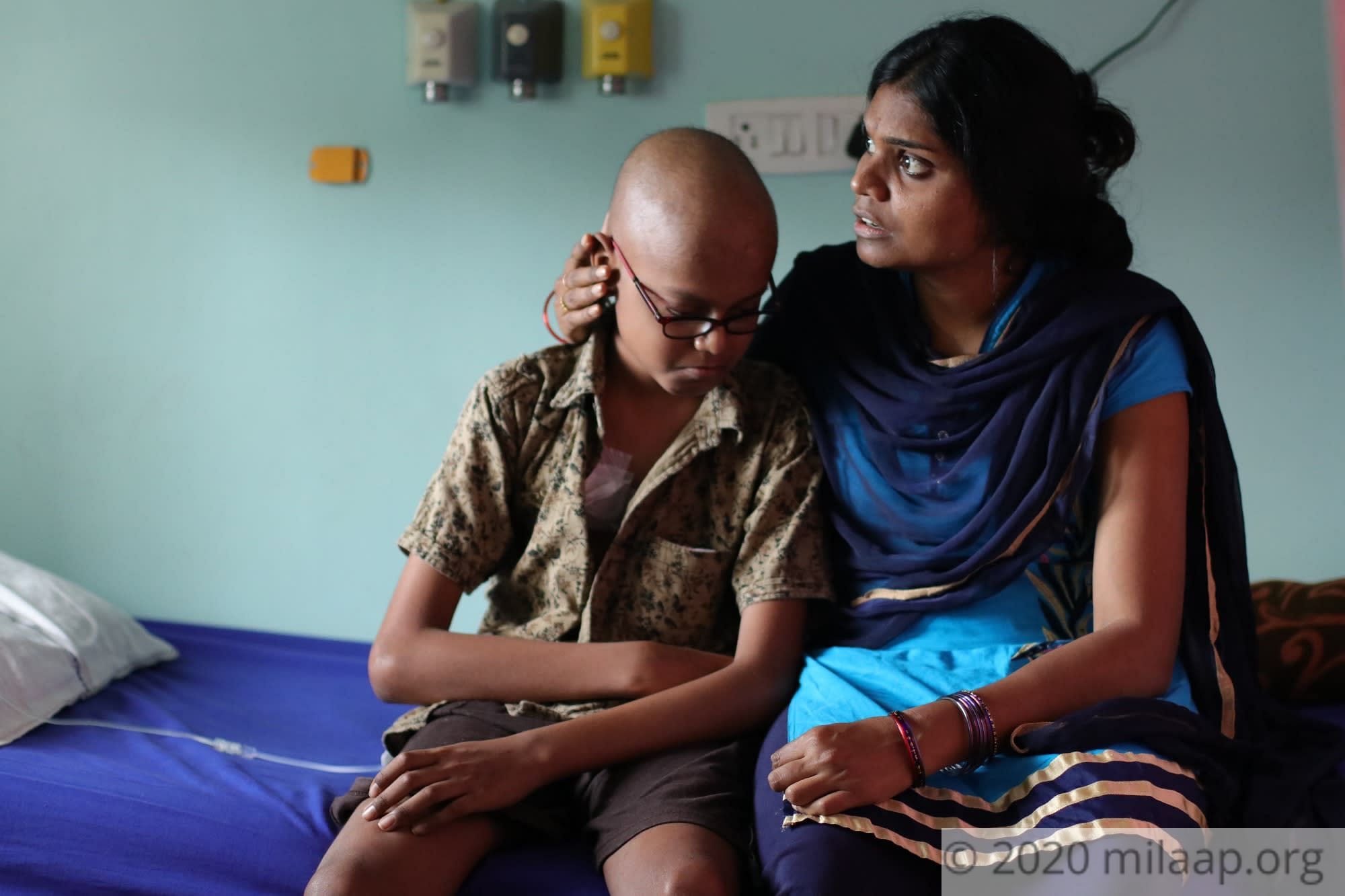 Share on facebook
I picked up the call thinking it was the lab technician I had met earlier, wanting to tell me the results of the blood test my son had taken. But instead, it was a doctor. He started asking me where my son was, if he had fainted recently, if he had any joint pain. I answered all of his questions, confused and worried. Why? What’s wrong? What’s wrong with my son?

Your son has cancer. Please bring him so we can…

He kept talking for a few more minutes, but my ears were ringing. I couldn’t think straight.

Cancer. My son has cancer.

It had started as rashes on young Phani’s legs and neck, that were both very itchy and painful. Soon he was consistently running a high temperature and would frequently get infections. Initially local doctors gave him medicines to control the symptoms, but they never guessed the underlying cause. It was only when one doctor ordered an extensive blood test that Phani’s family discovered that he had Lymphoblastic Leukemia (blood cancer), at the tender age of 12.

“It has been three months since we first found out. I’ve learned during this time that a cancer diagnosis doesn’t just affect one person, it affects the whole family. Every night, after Phani goes to sleep, my wife holds me and we cry together. Every morning, while she takes care of him at home, I go to work as an office boy in a private company. Every evening, she calls friends and family, while I go out onto the streets. And then we… we beg people to lend us some money for his treatment.
I’ve never been so tired, stressed, and afraid in my whole life. But what my son is going through is worse, so I just… I keep fighting. For him.”
– Varaprasad

Without chemotherapy, Phani will not make it

Despite his best efforts, Varaprasad is nowhere near being able to afford the treatment plan that young Phani needs. So far, he has managed to get his son 4 rounds of chemotherapy. But according to his doctors, Phani requires at least 3 years of chemotherapy to recover from his cancer.

We cannot lose him, he’s only 12 years old

“There’s already so much he wants to do. He says he wants to become a train driver one day, and drive trains all over the world. Before all this… every evening when my husband came home, Phani would start telling us these facts about the different kinds of trains in different parts of the world, and their history. I want him to get better and go back to being that happy again. I just want to see my son's face light up like that again…”
– Durga, mother

These parents are at the end of their ropes. They just want their 12 year old son to become healthy again, but cancer stands in their way. It’s a long journey to that point, and he can only stay on track with your help. Please donate as much as you can. 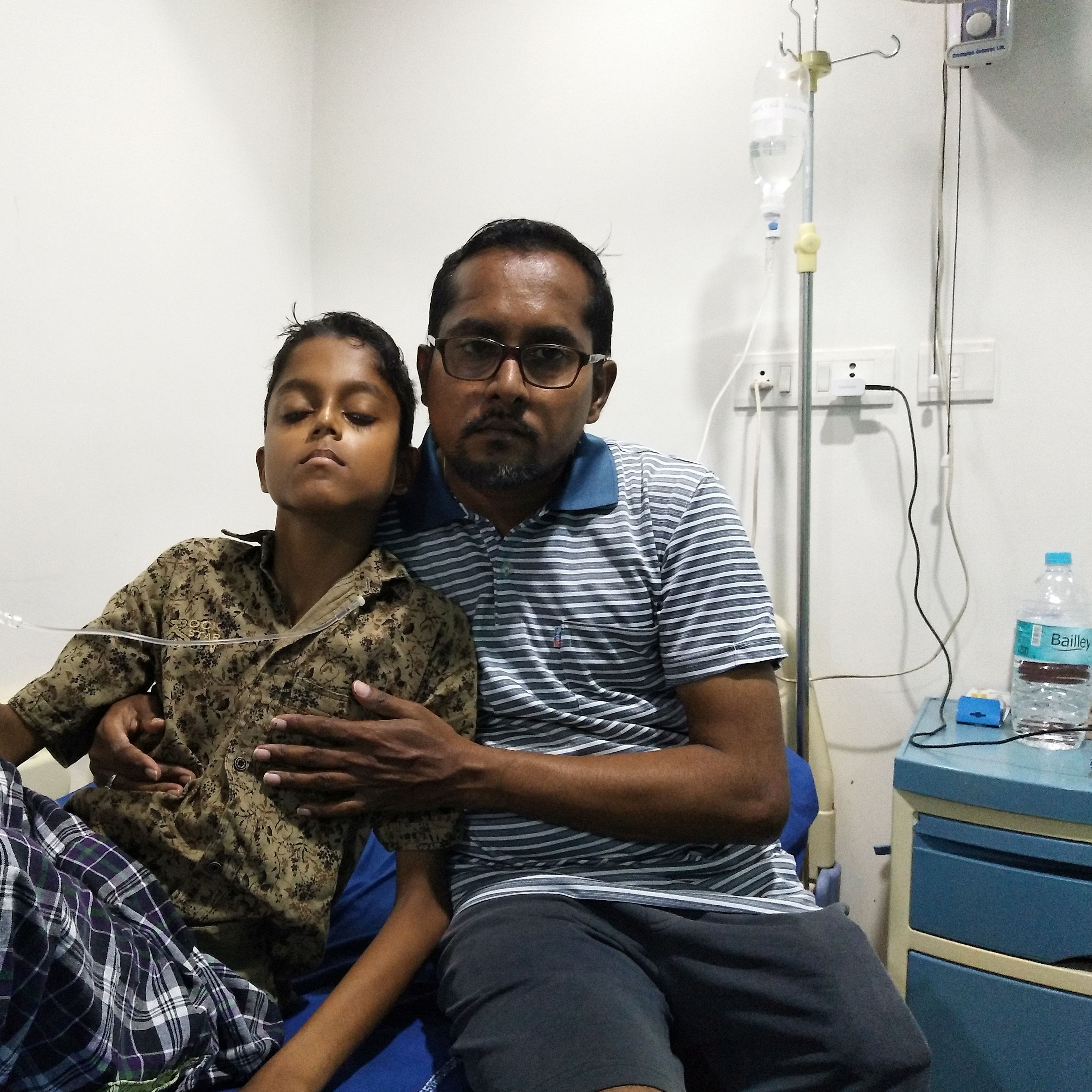 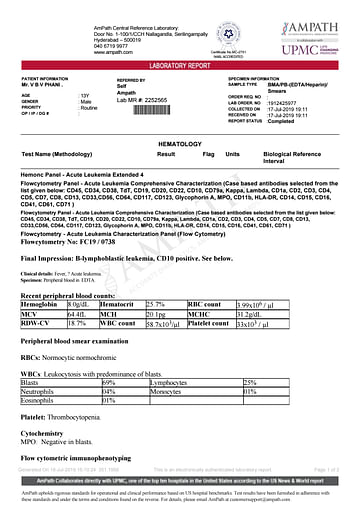 Click here to know more about VBV PHANI
Donate now
OR
Click here to read the instructions before you make a bank transfer.

Hope you get well soon

Donated to this campaign via Paytm? Click here if you can’t find your donation listed below.
RS
RAJA SEKHAR NANDIGAM donated Rs.15,000
B
Brahma donated Rs.10,000

Hope you get well soon