This Little Girl Had 8 Seizures In One Hour And Went Into A Coma... | Milaap

This Little Girl Had 8 Seizures In One Hour And Went Into A Coma... 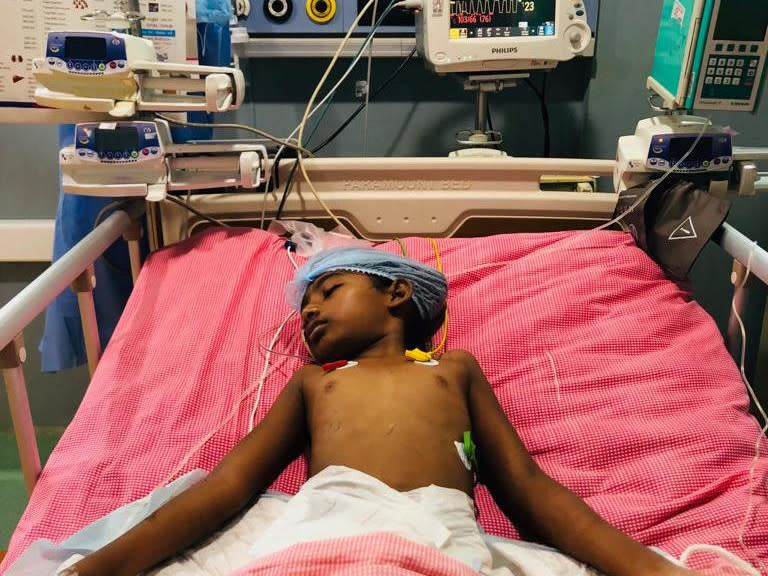 Share
“My son was back from his hostel for a few days, so we had all gone to the temple and had just come home, starting to eat dinner. Varsitha was so happy Harsha was back, and she was so excited as she told him about her day and her homework. But then… she just started repeating the same word again and again. She looked very confused, and she couldn’t hear us asking her if she was okay. I didn’t know what to do, so I just held her tight and started stroking her face when her eyes rolled back and she started having fits. I was so scared, I thought my daughter was dying in my arms…”
– Madhu, father

Over the next month little Varsitha started getting episodes of seizures more and more frequently, going from one a day, to three, to five…

“I took her to so many hospitals and so many doctors that month. Each time they gave her medicine and said she would be fine, and she'd started feeling like herself as well, laughing and making jokes. But then she’d get fits again within just a day or two. I felt so lost and helpless. I just want my daughter to get better… I just want her to stop suffering like this…”
– Madhu

One night, she had 8 seizures in one hour, and then…

“That last time when she got 8 seizures was both the scariest and most heart-breaking moment in my life. There was this moment afterwards… where she was awake and quietly crying… She reached out to me and started saying she doesn’t want to go. When I asked her where, she just kept saying ‘Amma, I don’t want to go’, ‘I’m scared, amma, I don’t want to go...’. Five minutes later, she slipped into a coma…”
– Chinnakeshwari, mother

Little Varsitha has been diagnosed with severe brain fever, and her parents can’t save her life

“I’m just a postman, I don’t have the 10 lakhs I need to help her survive. The doctors told us that even though Varshita is unconscious she can still feel things around her, so Chinna and I are both trying to stay positive, hoping enough people show us kindness in our hour of need. But it’s so hard… we have to take turns spending time with her. One of us stays and talks to her, so the other can go out and cry in the hallway…”
– Madhu

Varsitha is just 10 years old, and already battling death. Her loss would devastate this family. Her father who used to walk her to school every day, her mother who used to sing her to sleep every night, her brother who used to buy her chocolates whenever he could with his own pocket money, they would never be able to recover.