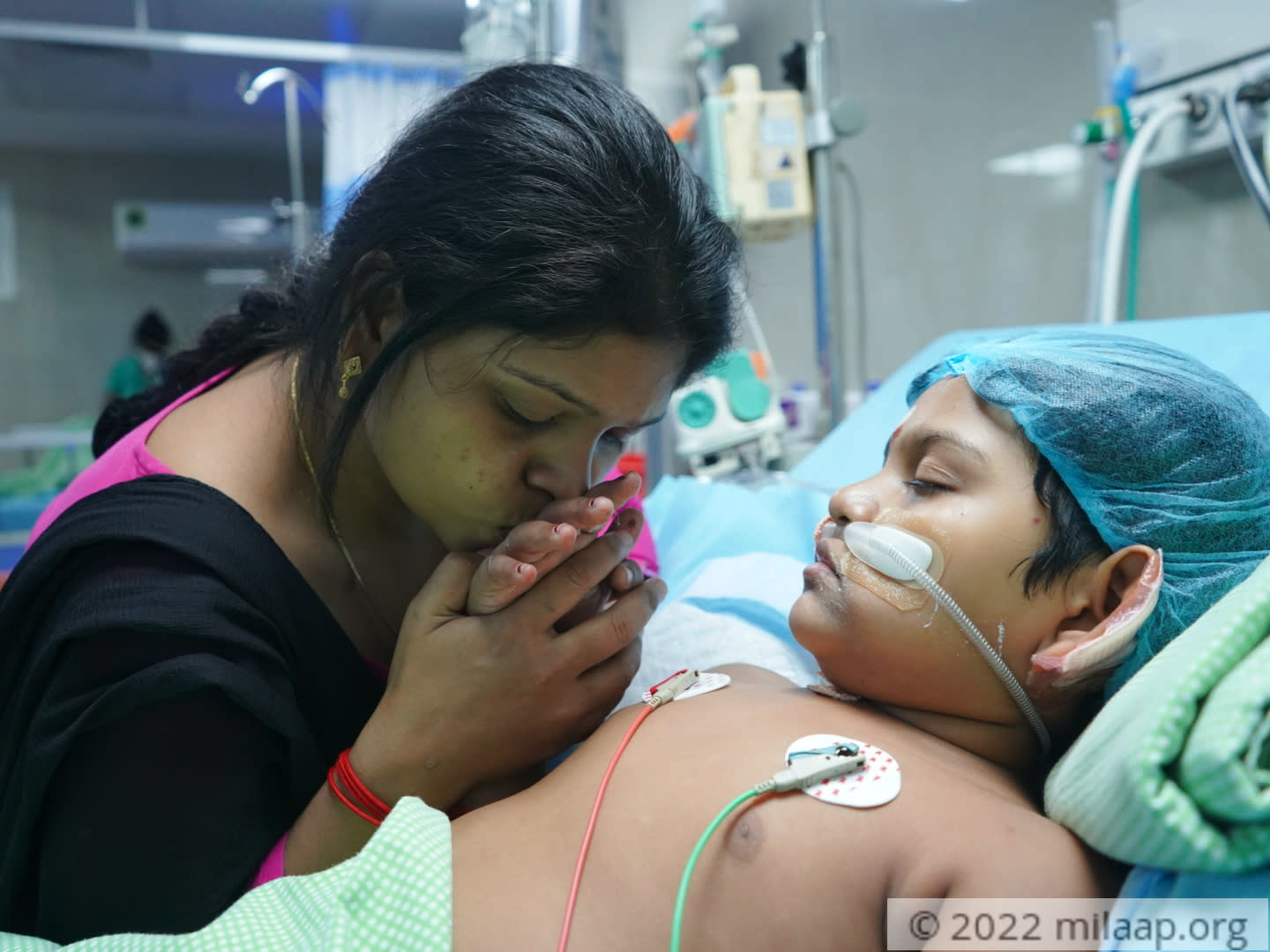 Share
Dhanalakshmi thought that her world had turned dark, the moment she lost her husband to dengue a few months ago.  Little did she know that her 5-year-old daughter, Thanya Sri, would be plagued by the same illness shortly after.

“I had lost all hope when my husband passed away. He was my pillar of strength. I was almost ready to give up on life but I couldn’t do that looking at my innocent child’s face. I wanted to live for her. And now I am on the verge of losing her too.” - Dhanalakshmi, mother.

Her temperature spiked and she fell unconscious

Little Thanya Sri was rushed to the hospital last week, after bouts of fever that refused to subside, and caused her whole body to shut down. She was unconscious and if she had reached the hospital any later, she would have lost her life.

On reaching the hospital, tests confirmed that Thanya Sri had dengue, the same disease that killed her father. Her organs started failing one after the other – her kidneys were the most affected and she had to be put on immediate dialysis. Her condition was so bad that she couldn’t breathe on her own, and had to be put on a ventilator. But worst of all – she couldn’t recognize anyone, not even her mother.

“When she would open her eyes from time to time in the ICU, I would call out to her saying ‘Amma is here for you’. But she would just stare blankly at me. I want to comfort my child with my presence, but I feel like she does not even recognize me at this point.” - Dhanalakshmi

Only a housewife, she is struggling to afford her little one’s treatment

Thanya Sri’s father was the sole earning member in the family. After his death, her mother Dhanalakshmi has been struggling to make ends meet. She had to use up all their savings and even borrow from family members to get by. But this medical emergency involving her daughter has completely run her down.

“I need lakhs of rupees to afford my daughter’s treatment. How will I arrange it? After my husband’s passing, I  had started taking computer lessons so I could secure a well-paying job to support the two of us. But before I could do that, my daughter landed up in the hospital.”- Dhanalakshmi

Generate QR
Scan & donate with any app
Protecting donors with refund for safe and trusted giving
Click here to know more about R.Thanyasree