'I Dread To Think Of Something Terrible Happening To My Son, I Want To Save Him From Cancer' | Milaap
Receive tax benefits by donating to this cause.

'I Dread To Think Of Something Terrible Happening To My Son, I Want To Save Him From Cancer' 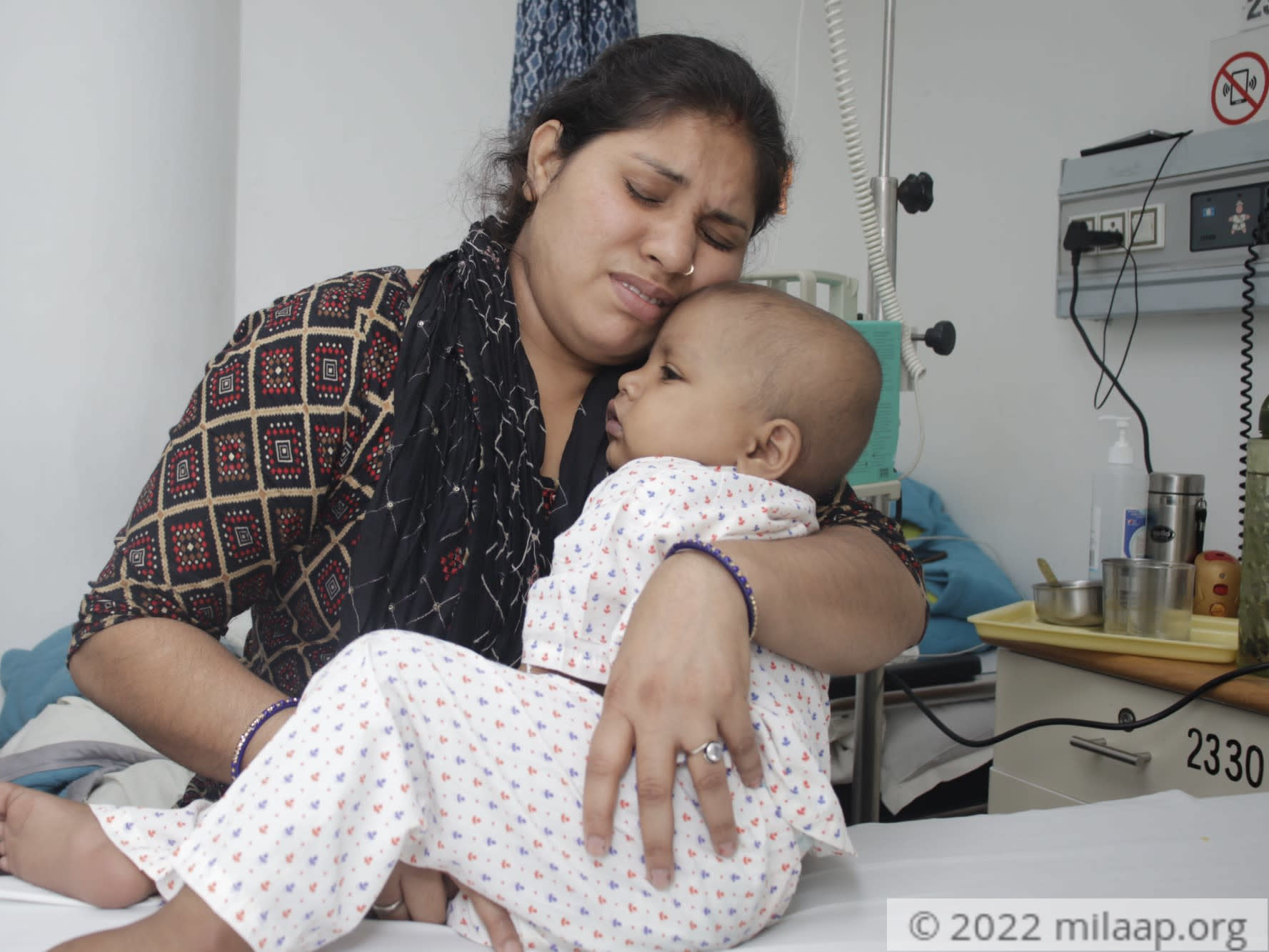 "With chemotherapy, those lumps on Takshit's neck and armpits were disappearing faster. All this while, I thought my son's cancer was fading away and we could keep his treatment going with whatever money we had. But that was far from the truth. We had to discontinue his treatment midway, making him sicker than before. All our funds wiped out in just one cycle of his chemotherapy. This deadly cancer is in his bloodstream and we have to stop it from progressing to his entire body immediately. Whenever my wife calls me from the hospital, I dread it because I am afraid to hear some terrible news about my son because of this lapse in his chemotherapy. I just want to save my child before that happens."- Sandeep, father

First dengue and then cancer, this 2-year old is constantly fighting for his life

At first, Takshit was diagnosed with dengue but even after being hospitalized for a month, there was no significant improvement in his health. After running several tests again, his parents were terrified to hear about his Blood Cancer.

"If life wouldn't have been so cruel to us, we would have celebrated our son's second birthday in April with our loved ones. But instead, my little baby was lying unconscious in the ICU with his platelet levels dropping and high grade fevers. His cancer had turned him completely pale, as if somebody had sucked the life out of my son's tiny body. His immunity was so low that I was not even allowed to go anywhere near him, for even a minor infection could have cost us his life." - Pushpa, mother

With 6 months of continued treatment, it can help Takshit beat his cancer but at the same time, if stopped it can also risk his life. In the past 3 months, his symptoms were reducing but recently the delay in treatment has again increased the frequency of his pain and nosebleeds.

With her husband away for his police duty, this mother is singe-handedly taking care of her son

Pushpa is single-handedly taking care of her 2-year-old in the hospital because Sandeep has to report for his police duty. With his job being the only source of their income, Sandeep is torn between not being able to be beside his son during such crucial times and his work.

"My husband can't afford to lose his job as this is the only thing that is sustaining us. He has been applying for loans to continue our son's treatment but all of them are being rejected as he is still struggling to clear his past debts. In such dire times, it's beyond our capacity to arrange 7 lakh rupees all by ourselves, but if we don't do that, all doors to save our only child will be shut completely for us." - Pushpa, mother

Please click here to help these parents save their only son from the clutches of blood cancer.
TD
Patient Takshit Dahiya is 2 years old, living in New Delhi, Delhi
IA
Being treated in Indraprastha Apollo Hospital, New Delhi, Delhi