1-Year-Old’s Failing Liver Will Not Let Him Live Without A Transplant | Milaap
Receive tax benefits by donating to this cause. 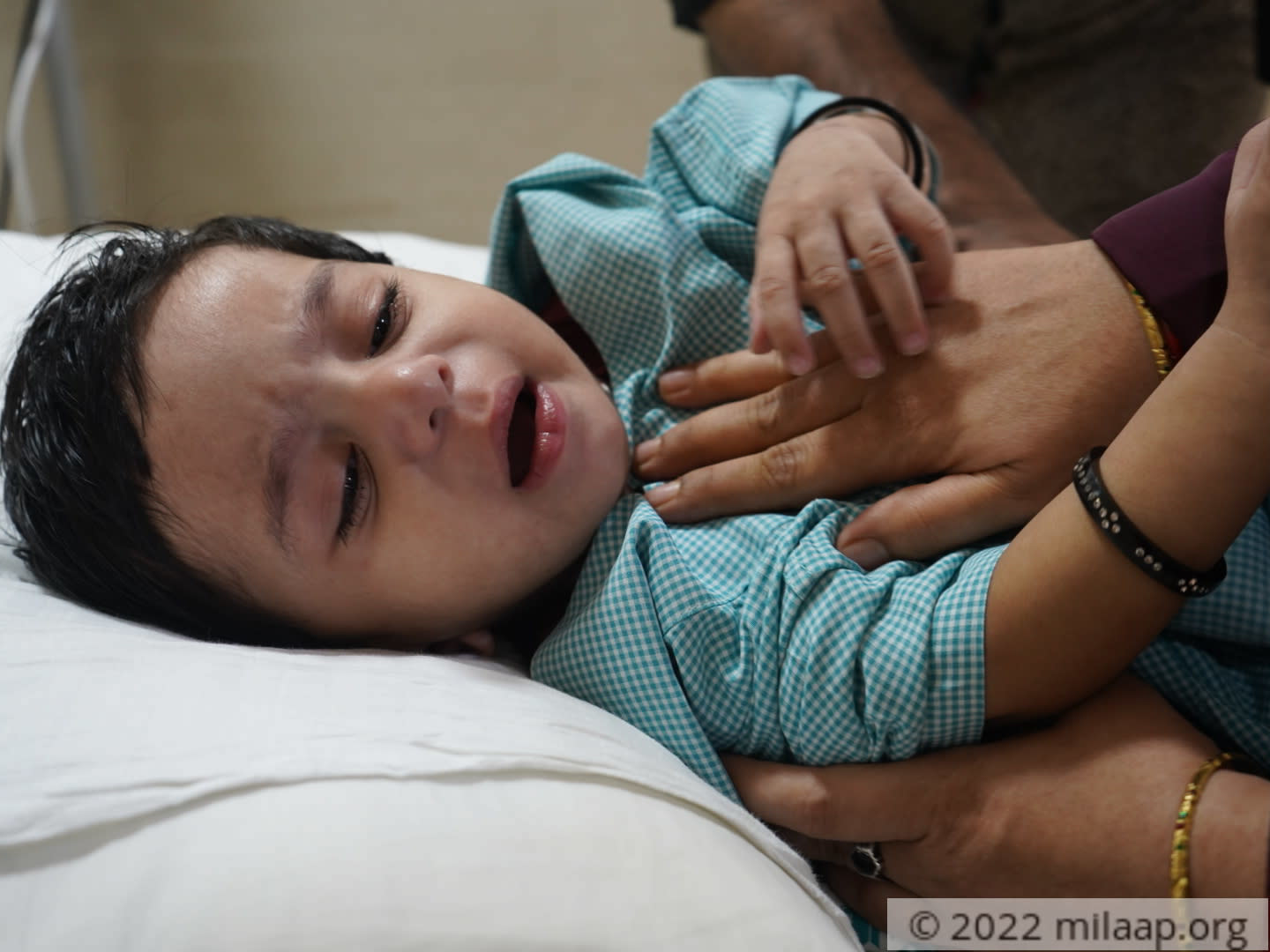 “If I tried to force feed him, he would spit it out. No matter how much I try, he just doesn’t want food. I don’t know what’s going on inside him. If only there were something I could do to ease him from this pain, but everything is just out of my hands. The doctors said only a transplant can let him live. How can we afford a transplant when we can’t even afford his daily medicines?-Shabana, mother

Shanawaz was a miracle child

Zakeer and Shabana were unable to conceive after 7 years of their marriage even after countless treatments. They almost lost their hope. But the news of Shabana carrying Shanawaz brought joy into their lives. Just when he took his first steps, his health started deteriorating.

“Shanawaz rarely had any fever or flu since the day he was born. When he had shivers the first time, we thought it was the flu. He stopped eating food, then again we thought it was because of the flu. When we saw blood in his vomit, we understood it was something serious and immediately took him to the doctors.”- Shabana, mother

A liver transplant is the only option for Shanawaz to live

Shanawaz is diagnosed with Wilson's disease, a condition due to which the liver can’t process copper, causing liver failure. Shanawaz who was once a bubbly and energetic child is now growing weak. Shanawaz who once used to run around the house, now only wants to sleep in his mother’s lap. He has stopped eating food and has only been surviving on milk for the past 4 months.

“Shanawaz brought hope into our lives when we struggled to have a child. It’s really painful to see pipes being inserted in my son’s mouth every time he vomits blood. The doctors said that the nerves inside his stomach are swelling and his liver is failing. Isn’t this too much for a 1-year-old to go through?”-Shabana, mother

Zakeer couldn’t even afford to look after his second son, let alone the transplant

Zakeer, a goldsmith, had lost his job due to a lockdown. Since then he’s been struggling to find work to take care of his family. He sold Shabana’s jewelry, begged money from others for Shanawaz’s treatment. Now with huge debt on his shoulders, he has no other way but to seek your help for his son’s liver transplant.