This Teenager Can Walk Again But He Can't Afford The Treatment, You Can Help | Milaap
loans added to your basket
Total : 0
Pay Now

This Teenager Can Walk Again But He Can't Afford The Treatment, You Can Help 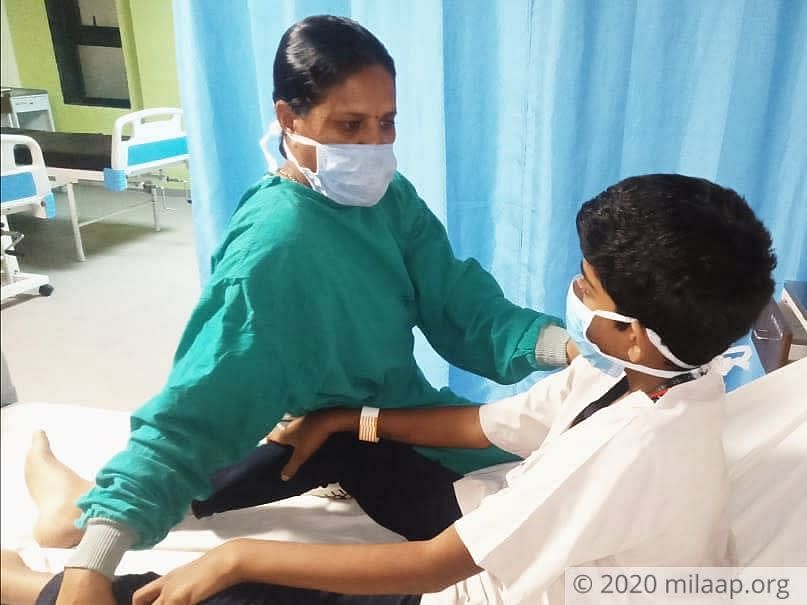 Share on facebook
It all started 2 months ago. Swaraj was unable to sit up properly. He tried walking, he couldn’t normally. The 15-year-old thought he had sprained himself somehow, he had no idea that this was just the beginning of a scary journey.

“We took him to so many doctors in our town. We thought medicines and physiotherapy could cure him. But no! The doctors in Nagpur have told us that only an urgent surgery can help my son walk again. And he is undergoing the surgery now,” - Neelima, mother. 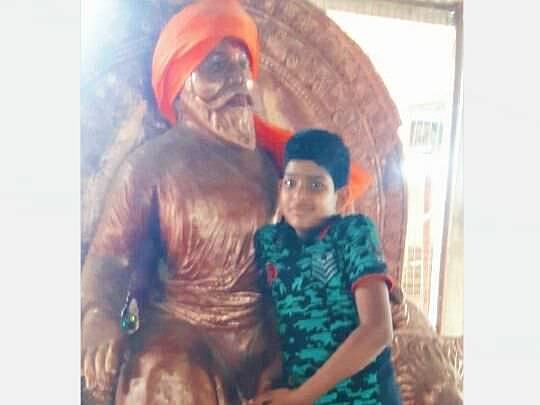 A bright child, Swaraj was the topper of his class. He enjoyed going to school. But for the last two months, even the simple act of walking was getting painful for him. He tried to ignore the pain but it was only increasing with each day. His shoulder blades started to become lopsided. The test results showed that Swaraj was suffering from thoracolumbar scoliosis. His back was curved outside in an abnormal fashion.

“The day we told him that he would need surgery, he burst out in tears. He was so scared. Even today, as they took him into the operation theatre, he couldn’t stop crying. I tried consoling him but in vain.” - Neelima. 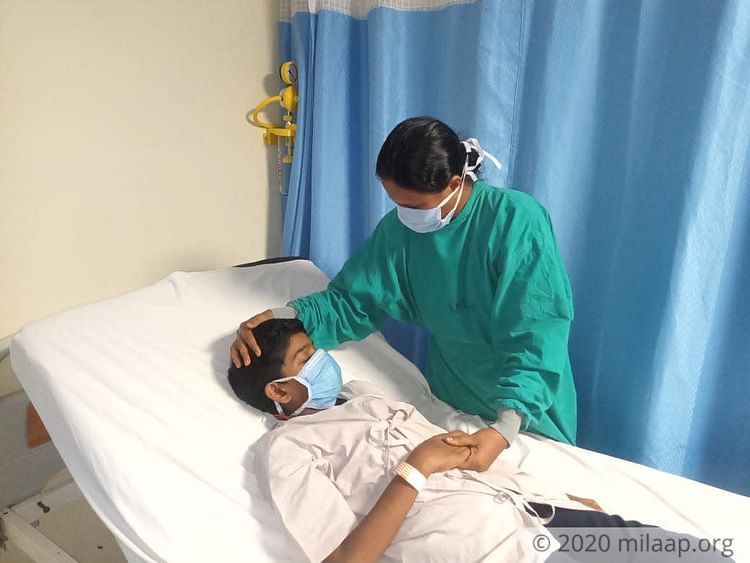 He was having trouble breathing, we couldn’t delay the surgery any more

Swaraj was having severe trouble breathing because of his bent spine. The reduced area in his chest doesn’t allow the lungs to expand and that is causing the breathing problem.

“Doctors had told us that only surgery can cure his breathing problem. Any delay would cause potential damage to his heart and lungs. So I begged from whomever I could and arranged for enough to start the surgery. But there’s so much more to be paid and Swaraj needs to be in the hospital for a little over a month more,” - Vikas, father. 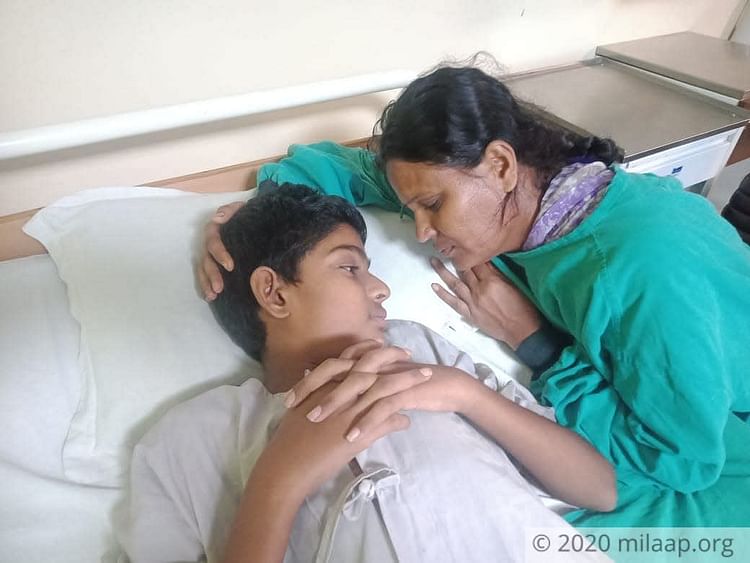 Vikas is a farmer in a small village of Maharashtra. He earns the bare minimum to support his family. Affording a 15 lakh surgery is beyond question for him. He needs your help, that’s the only way he can continue Swaraj’s treatment. 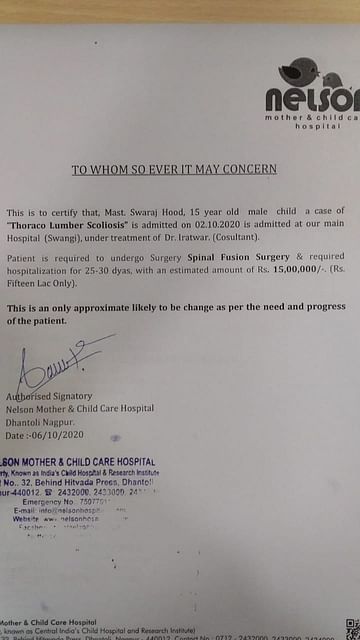 Click here to know more about Swaraj
Donate now
OR