Despite Painful Cancer, This Teenager Tries To Stay Strong For Her Parents | Milaap
loans added to your basket
Total : 0
Pay Now

Despite Painful Cancer, This Teenager Tries To Stay Strong For Her Parents 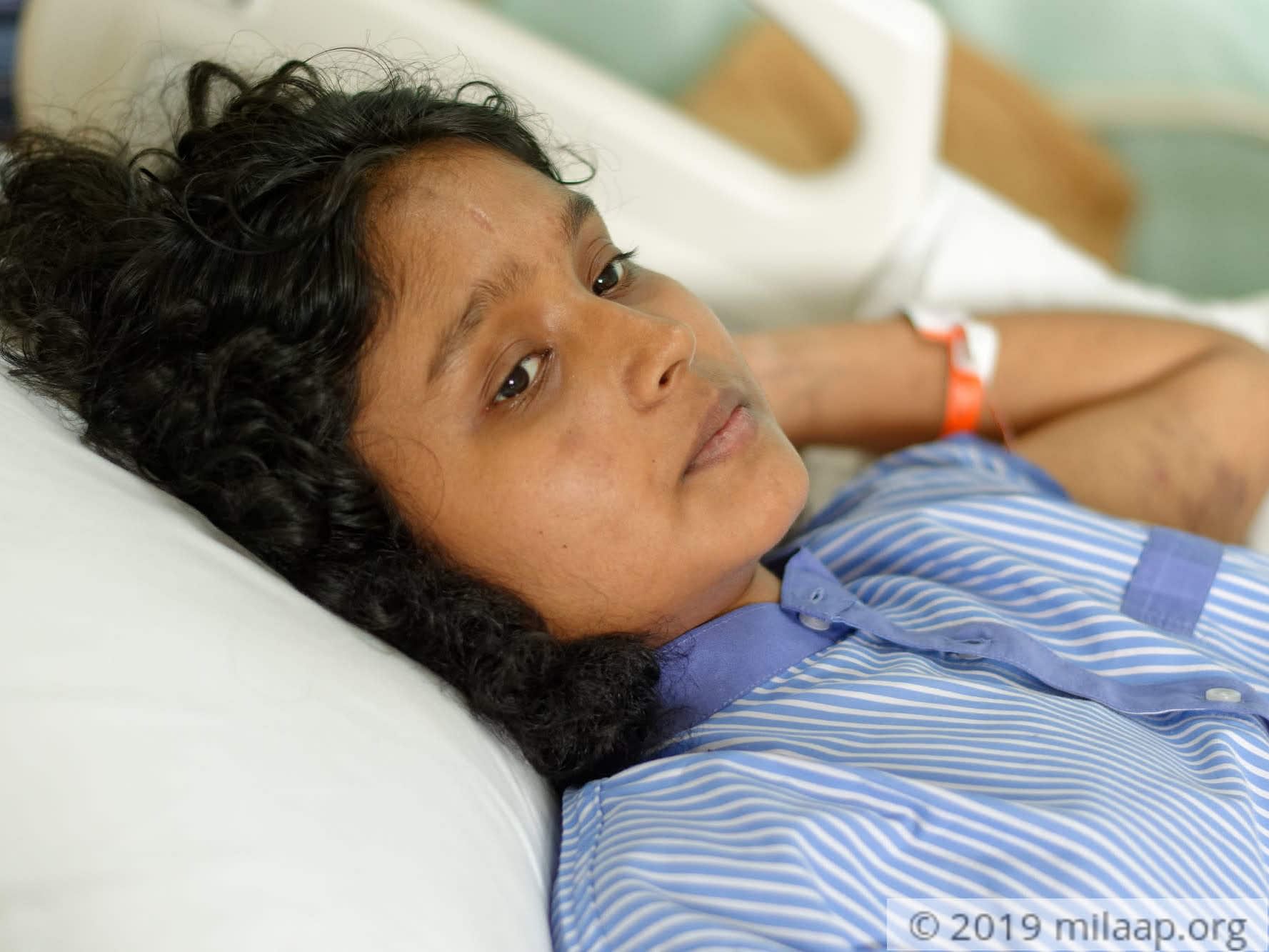 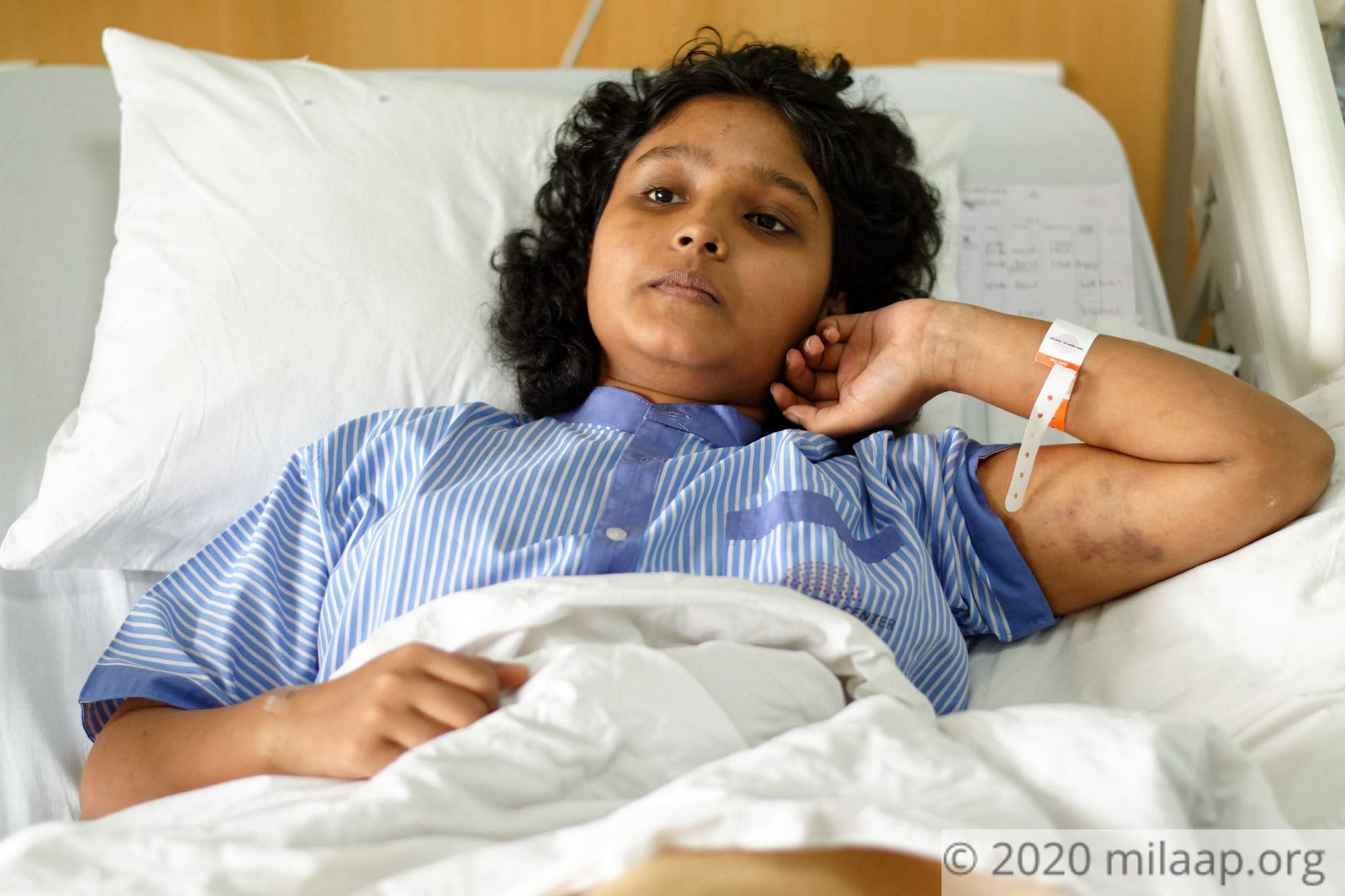 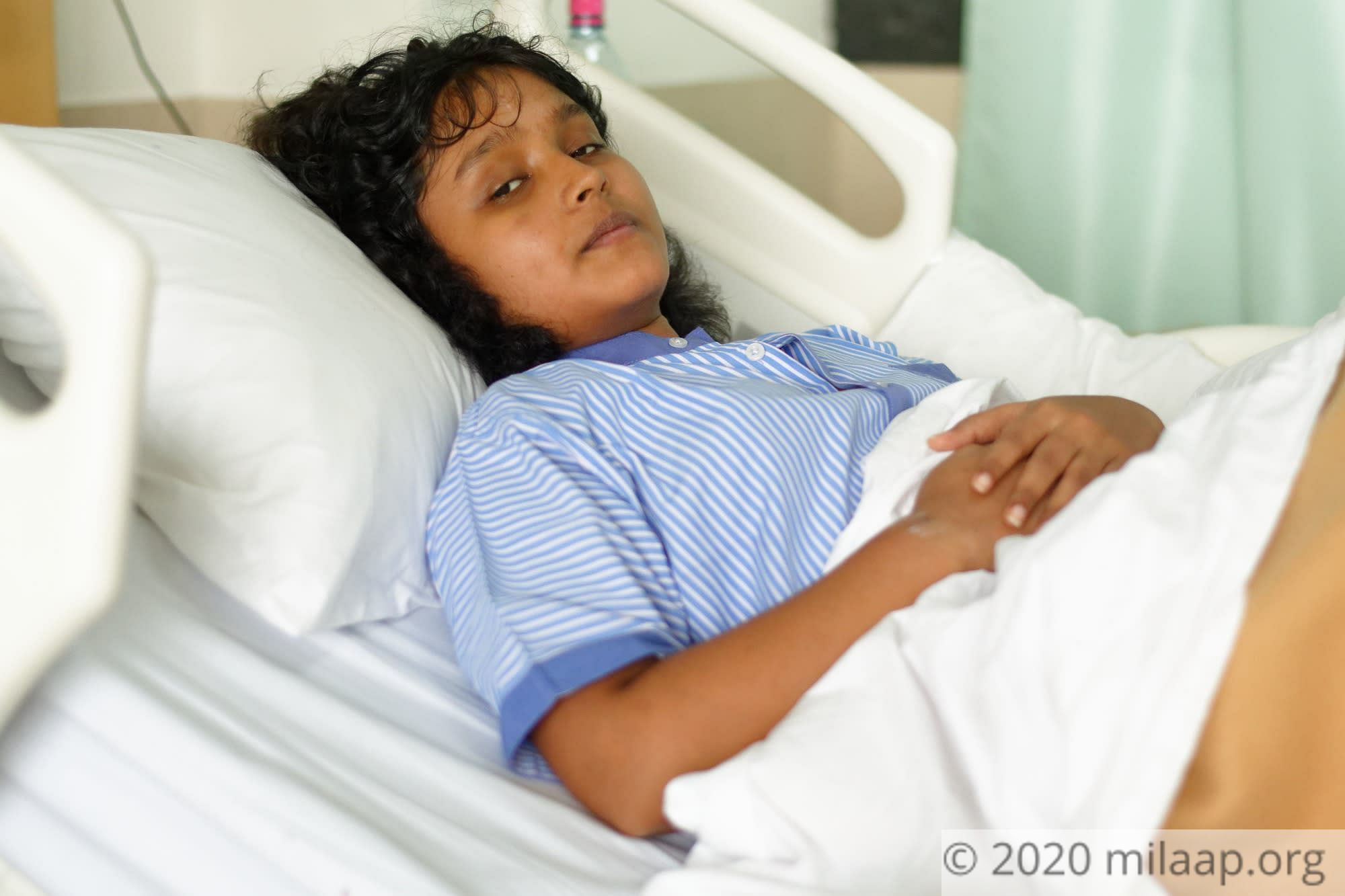 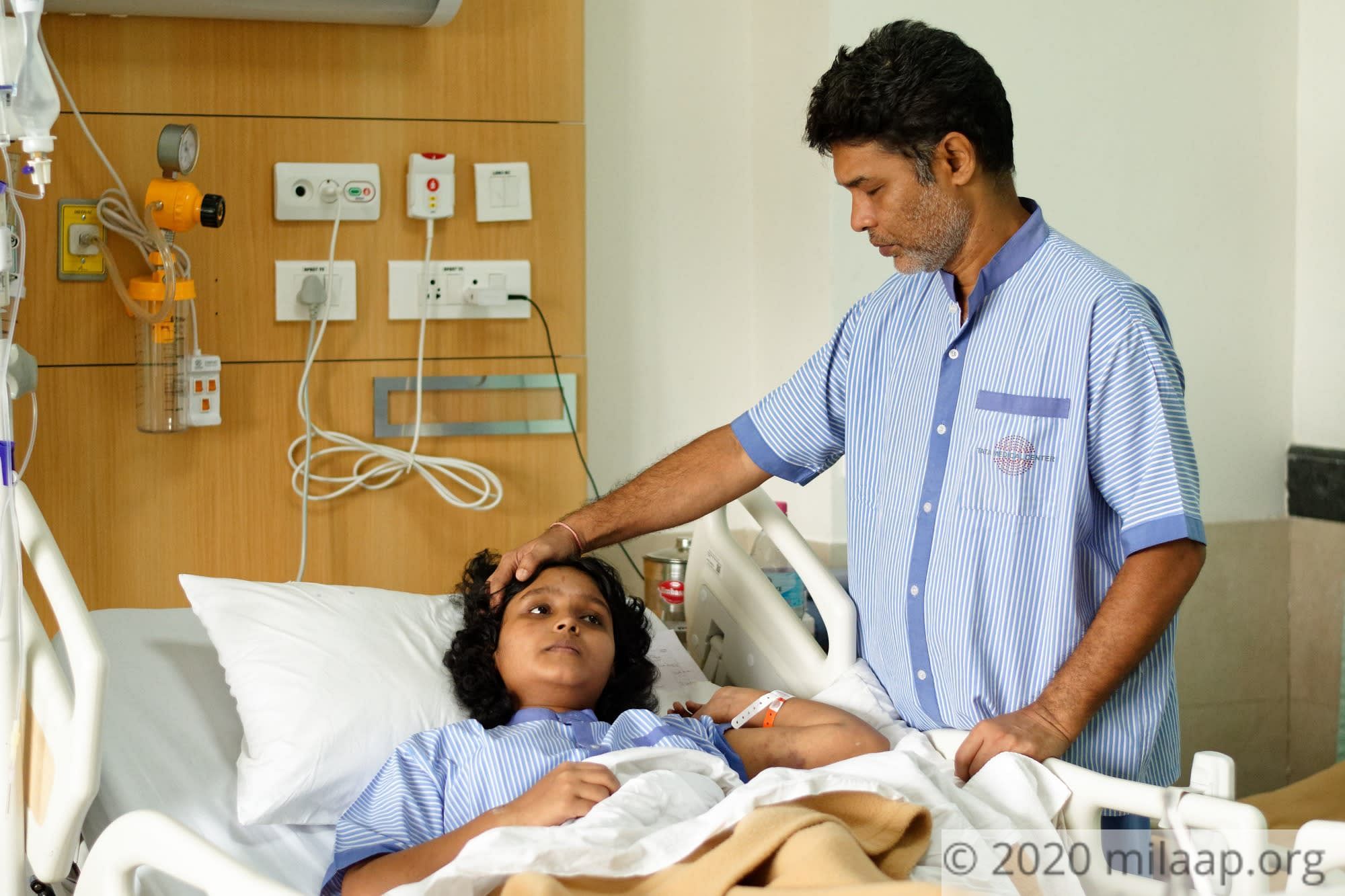 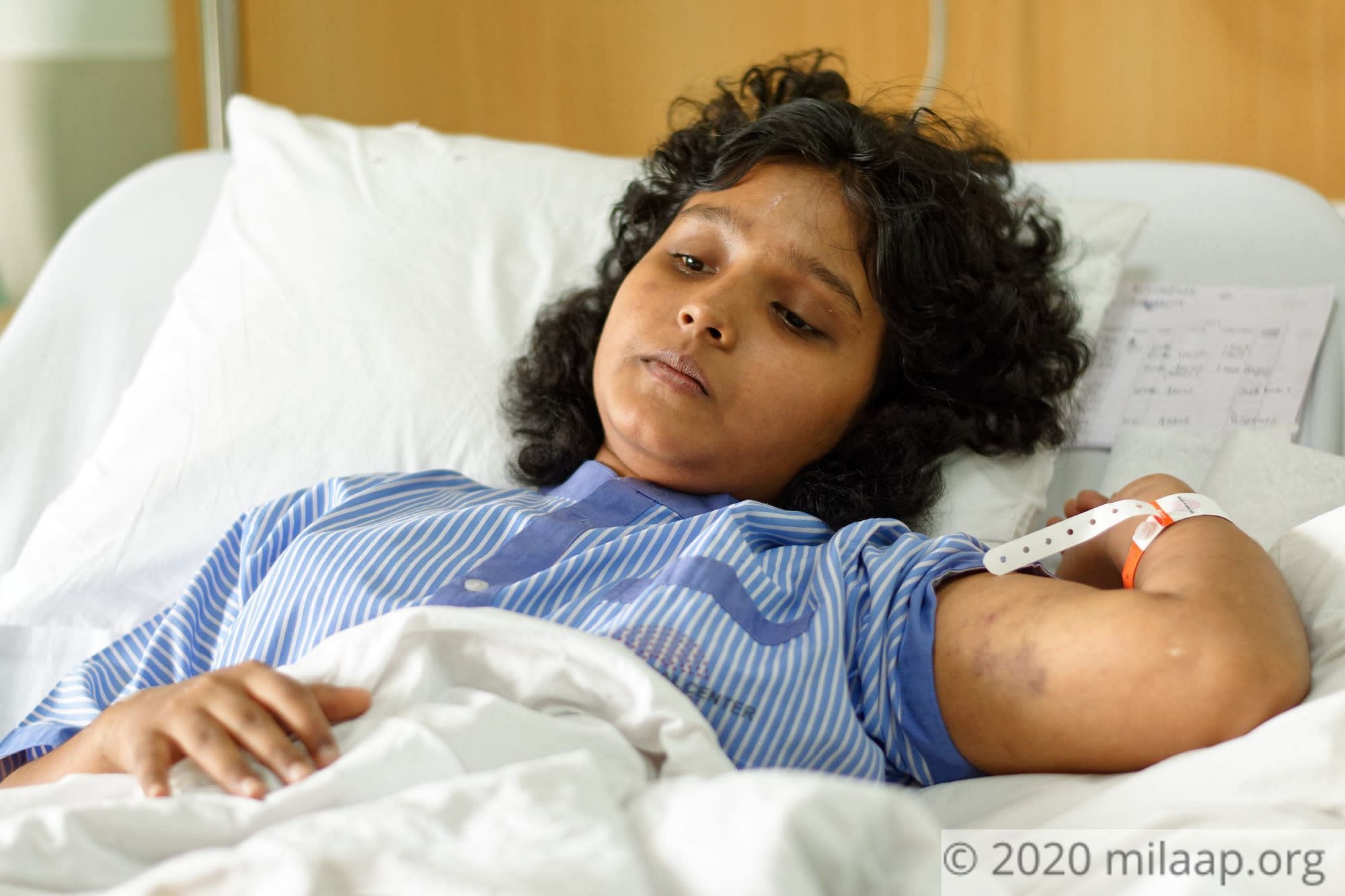 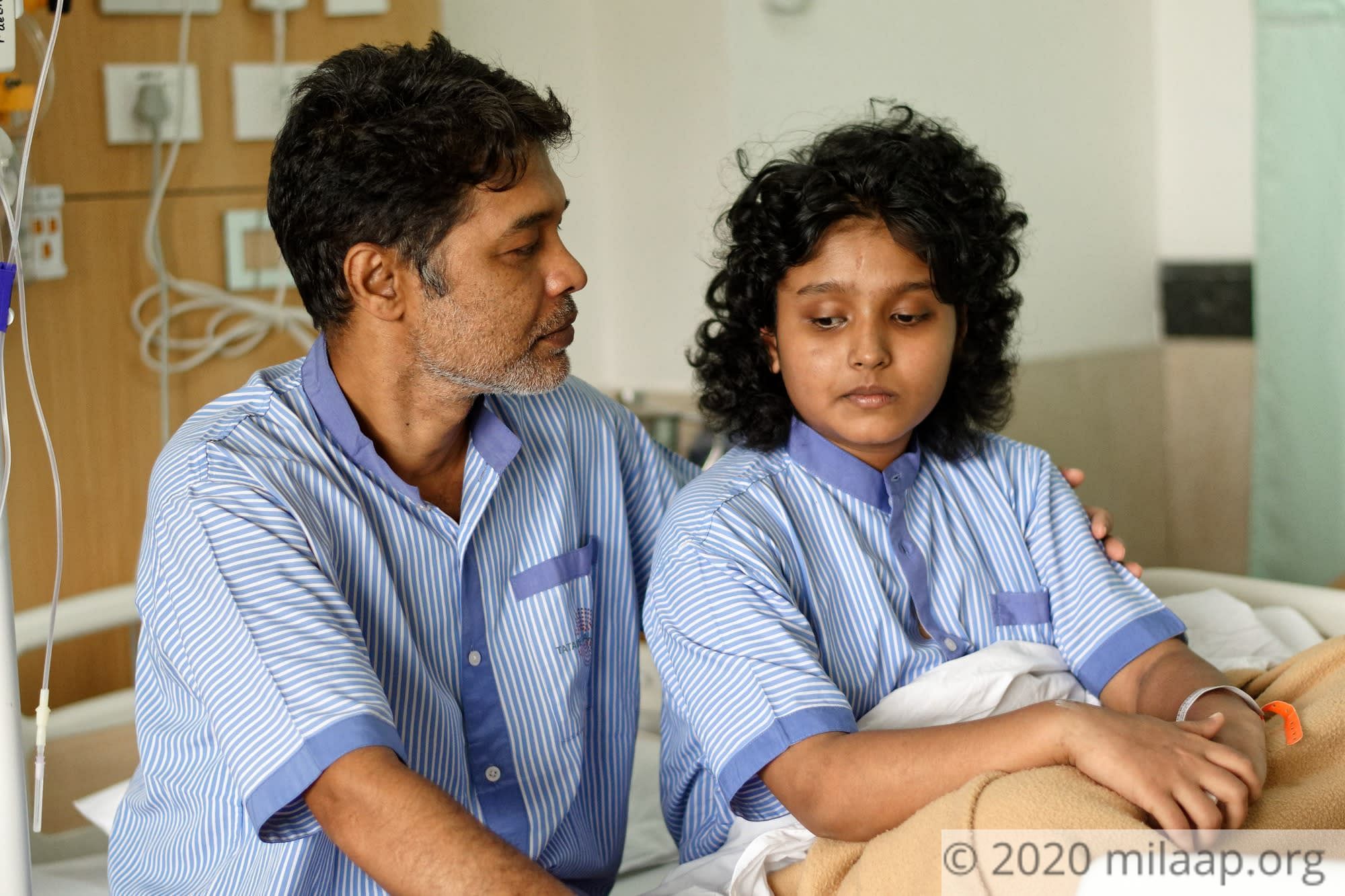 Share on facebook
Another frantic call goes to Debapriya's friend back in his village, but with no help. It's his eighth call from the hospital since morning but there have been no signs of any help. After all, how can he arrange an amount as huge as 10 lakhs in just a few days?

Just a year ago if you would've met Swagata, she would be chirpily greeting you. Not because she didn't have cancer then but because she had beaten it once fiercely and came out stronger. She had just resumed her normal life when last month, profuse gum bleeding gave her the worst scare again. Her cancer had relapsed.

I used up all my courage to fight cancer once, but again?

"It is not easy to be strong again but I'm still trying. I had used up all my courage to fight cancer once, but again? I am terrified. What if I lose my battle against cancer this time? If it was just me that the cancer would've hurt I would've been okay, but it is making my parents also struggle so much."-Swagata (15)

The same symptoms started showing up again - extreme vomiting, paleness of her face and constant fatigue. She is undergoing chemotherapy for which she is getting injections. Yesterday they couldn't find her veins. With no other option left, they have to inject her chemotherapy through neck, making it all the more painful.

Her spirit to keep fighting, is dying

15-year old, Swagata, is an ever smiling child, she's the sweetest girl in her neighbourhood. She has somewhere lost that smile now but is still hanging on a loose string of hope - a hope to recover again.

"I got her a bag full of story books because she used to always make me buy dozens of them from the book shops. Now she doesn't even want to look at them. She can't move her neck due to the stiffness, only staring at the ceiling full time. I try to read it out to her, hoping she will smile once even for a little while, just once."- Debapriya, father

Swagata and her sister

It will take Swagata another year to fully recover from cancer again but this time, her parents can't afford her chemotherapy. It took a lifetime for them to be able to spend 15 lakhs on her chemotherapy in 2018 but now they can't again.

Debapriya had recently got his new job at a private firm. Even when he was at a risk of losing his job due to a lot of leaves, he made sure Swagata received the best treatment. He is here full time in the hospital attending to every little need of Swagata but in vain. He is helpless now.

With nothing left with him, he won't be able to manage Swagata's chemotherapy. Can you help him save his daughter? 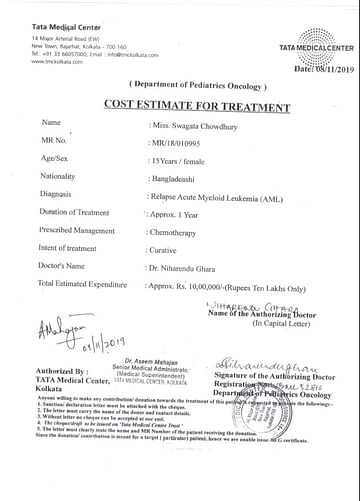 Click here to know more about Swagata Chowdhury
Donate now
OR
Click here to read the instructions before you make a bank transfer.

Get well & Come back strongly.