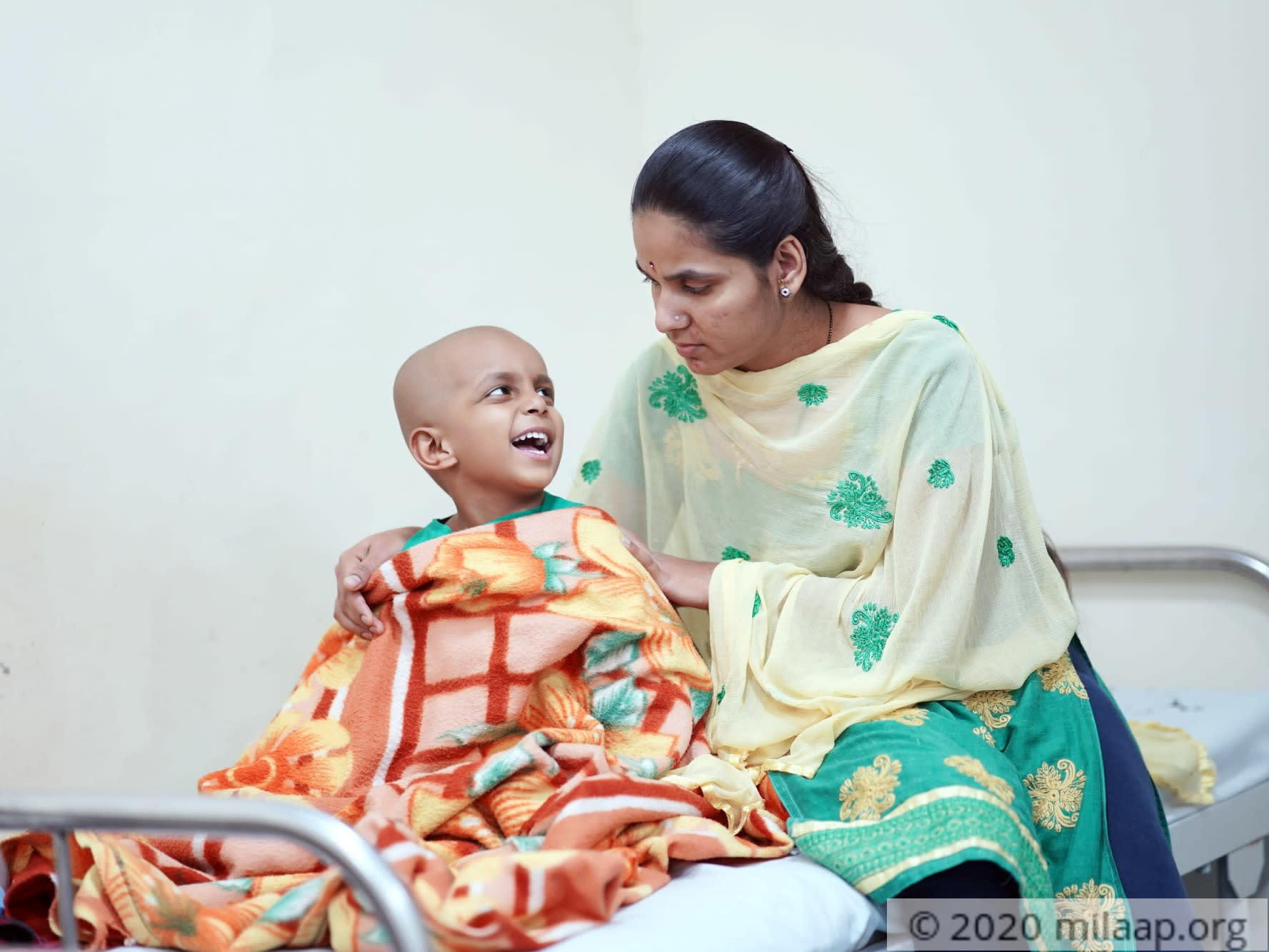 Share
"It does hurt, but I know I'll get better. I have to take care of my mom when I grow up." - Srinath, smiling as he coughs

Srinath has always been a source of joy and brightness in his parents' lives. He was both playful, and studious. Sometimes, he would practice his spellings while dancing. He was "sunshine in disguise" for not just them, but their whole village.

“He always seemed healthy. Never having to go to the hospital when he was a baby made us think we were lucky. But then...” – Sandip, Srinath's father

The parents discovered a truth they were not prepared for

When Srinath was a little over 4 years old, a stomach ache troubled him in school. The local doctor prescribed him medicines for viral fever, but two days passed by, but his health kept worsening. Worse, his ever-present enthusiasm was down at a bare minimum.

"There was a tumor growing in his stomach! We don't know why it's happening to him. Is it our fault?"

Little Srinath has cancer, and Sandip can't afford his treatment

Neuroblastoma is the third most common cancer in children. In Srinath's case, it started as a lump in his stomach. He requires an immediate life-saving treatment that costs 3 lakhs. Srinath’s father has only been able to come up with 30 to 40 thousand so far. With his monthly income of Rs 8000 or so from farming, he has never been able to build up much in the way of savings.

All they want is for Srinath to come home

"It's been 7 months since we brought him here. These tough times have made our Srinath so mature, and it's made us so strong as well. But with each day it gets tougher and tougher to keep smiling in front of him. We've exhausted all means of raising money. We need your help." – Srinath's mother

The best gift you can give him for his 5th birthday is a healthy future and quick treatment. Every contribution is a step towards Srinath’s recovery.
SS
Patient Srinath Sandip Kakde is 4 years old, living in Borivali
MC
Being treated by Dr. Mamta Manglani in MCGM- Comprehensive Thalassemia Care, Pediatric Hematology-Oncology & BMT Centre, Borivali