After The Deaths Of 4 Loved Ones, This Father Might Now Lose His Only Child | Milaap
loans added to your basket
Total : 0
Pay Now

After The Deaths Of 4 Loved Ones, This Father Might Now Lose His Only Child 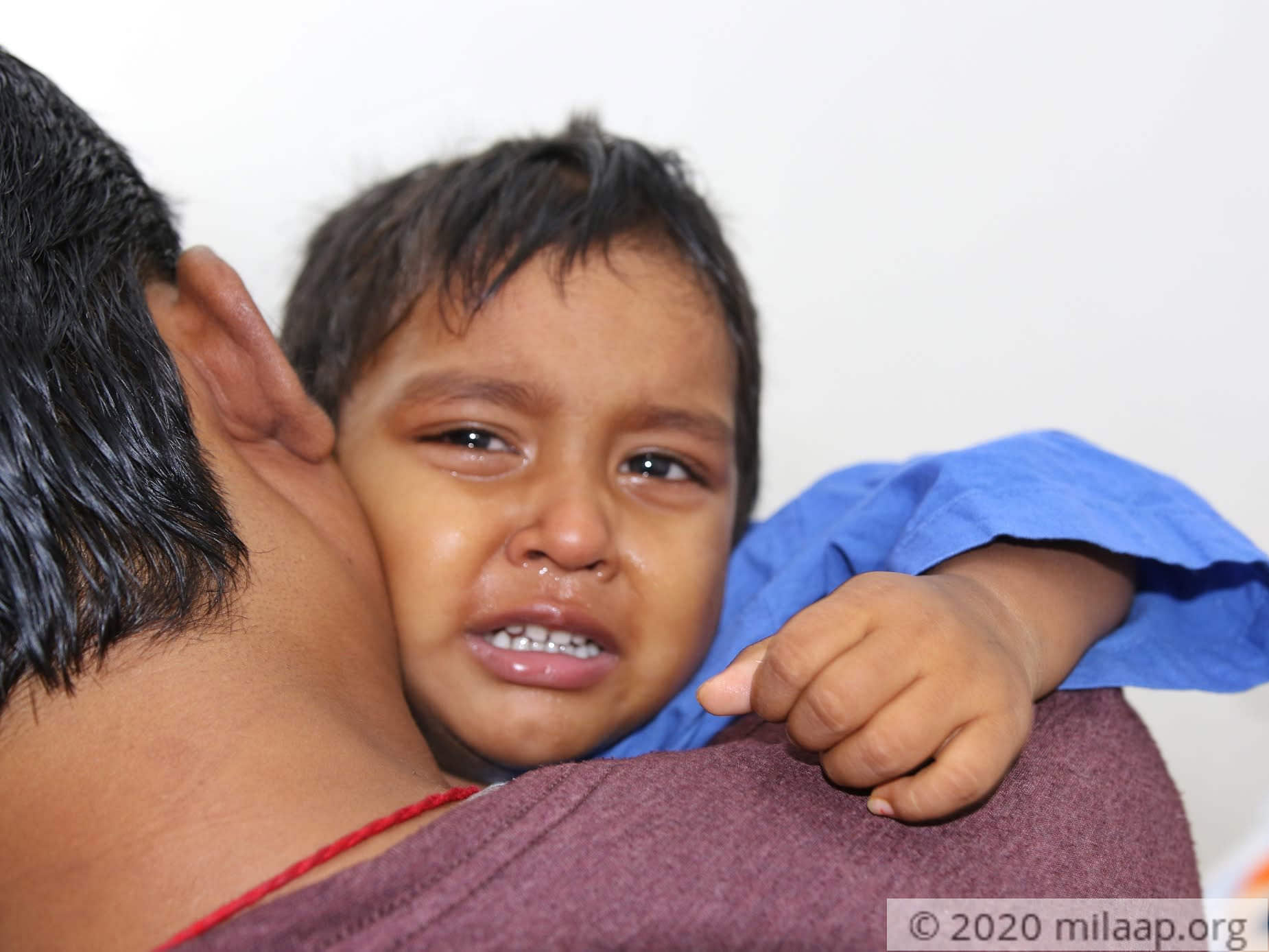 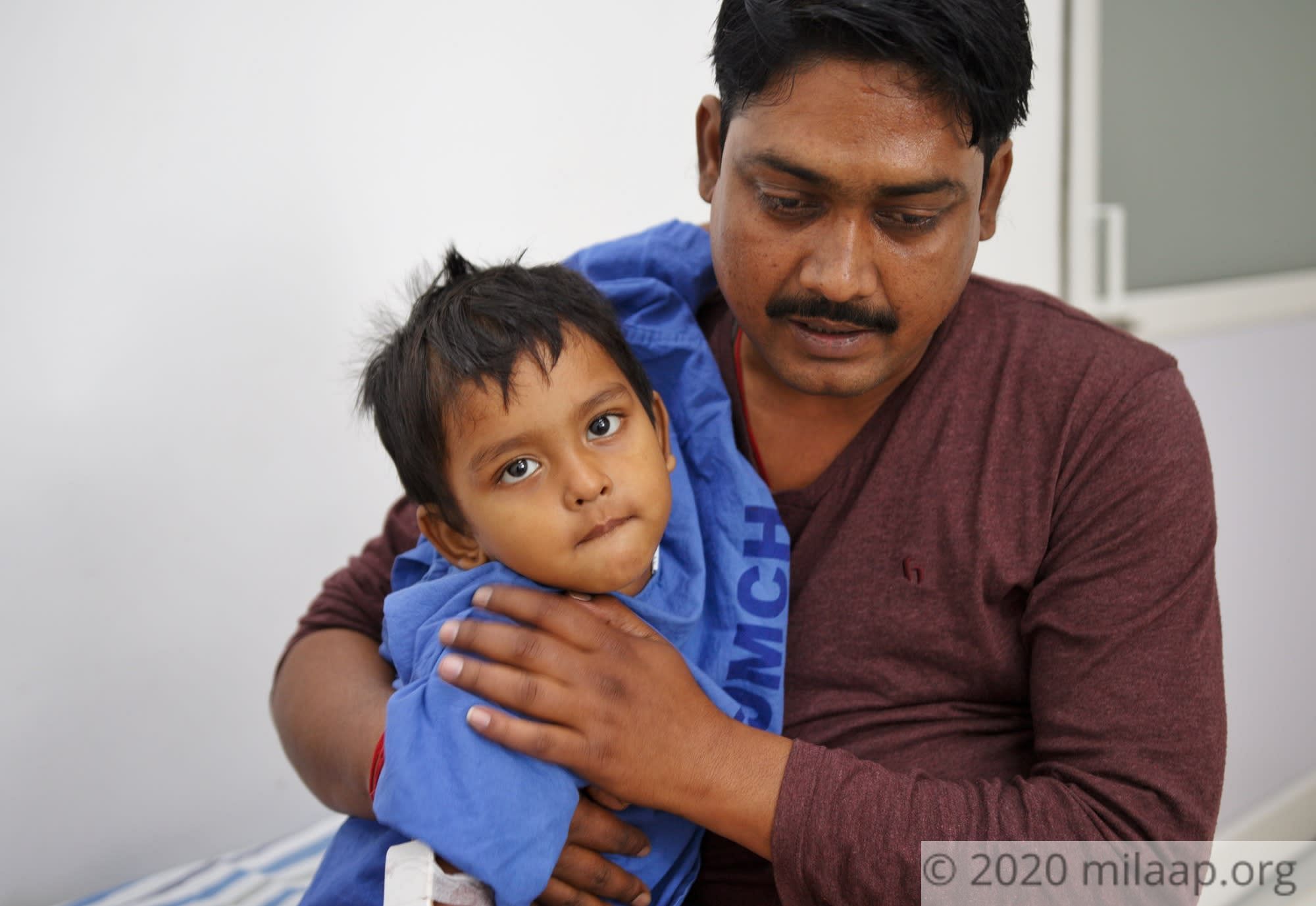 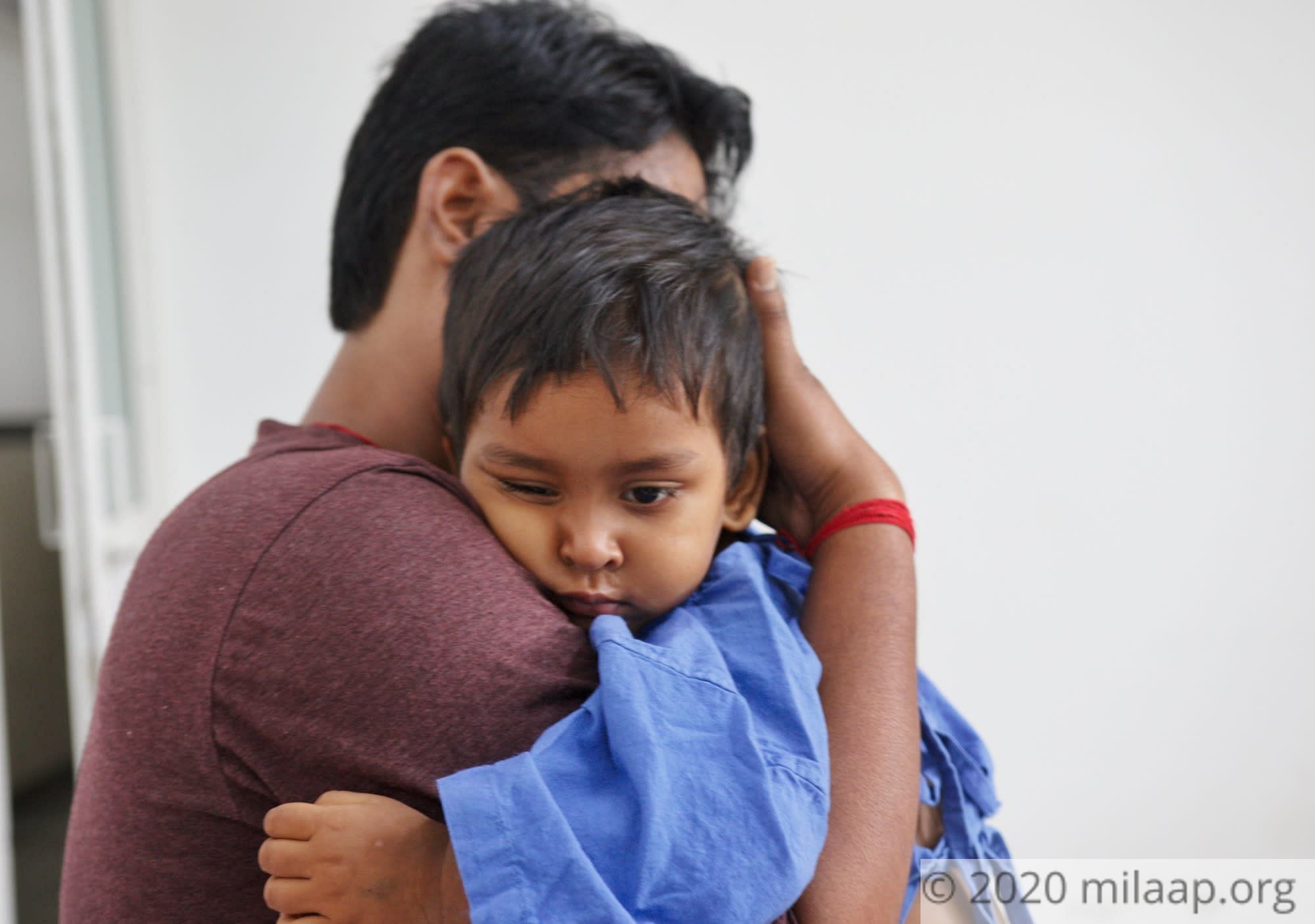 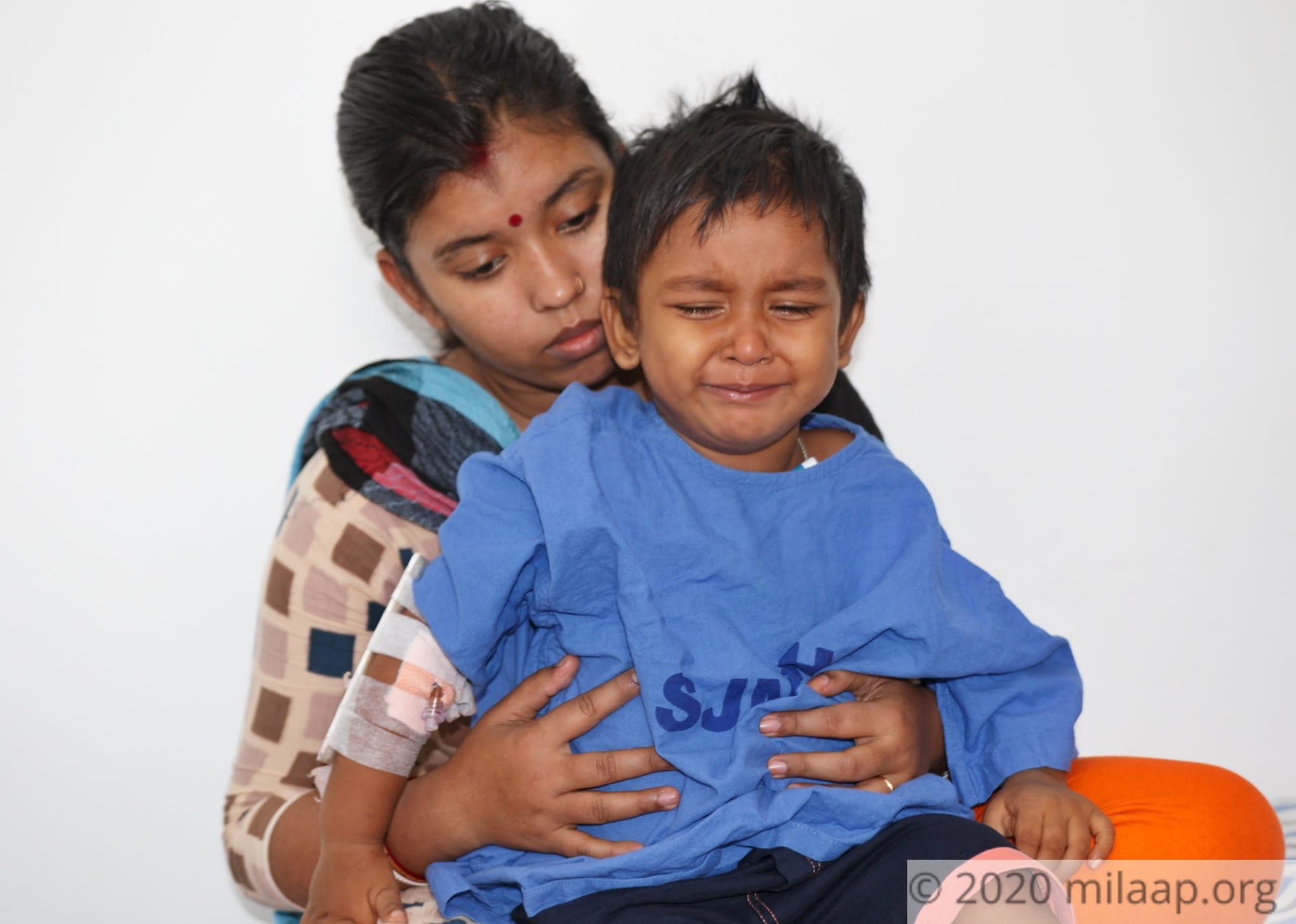 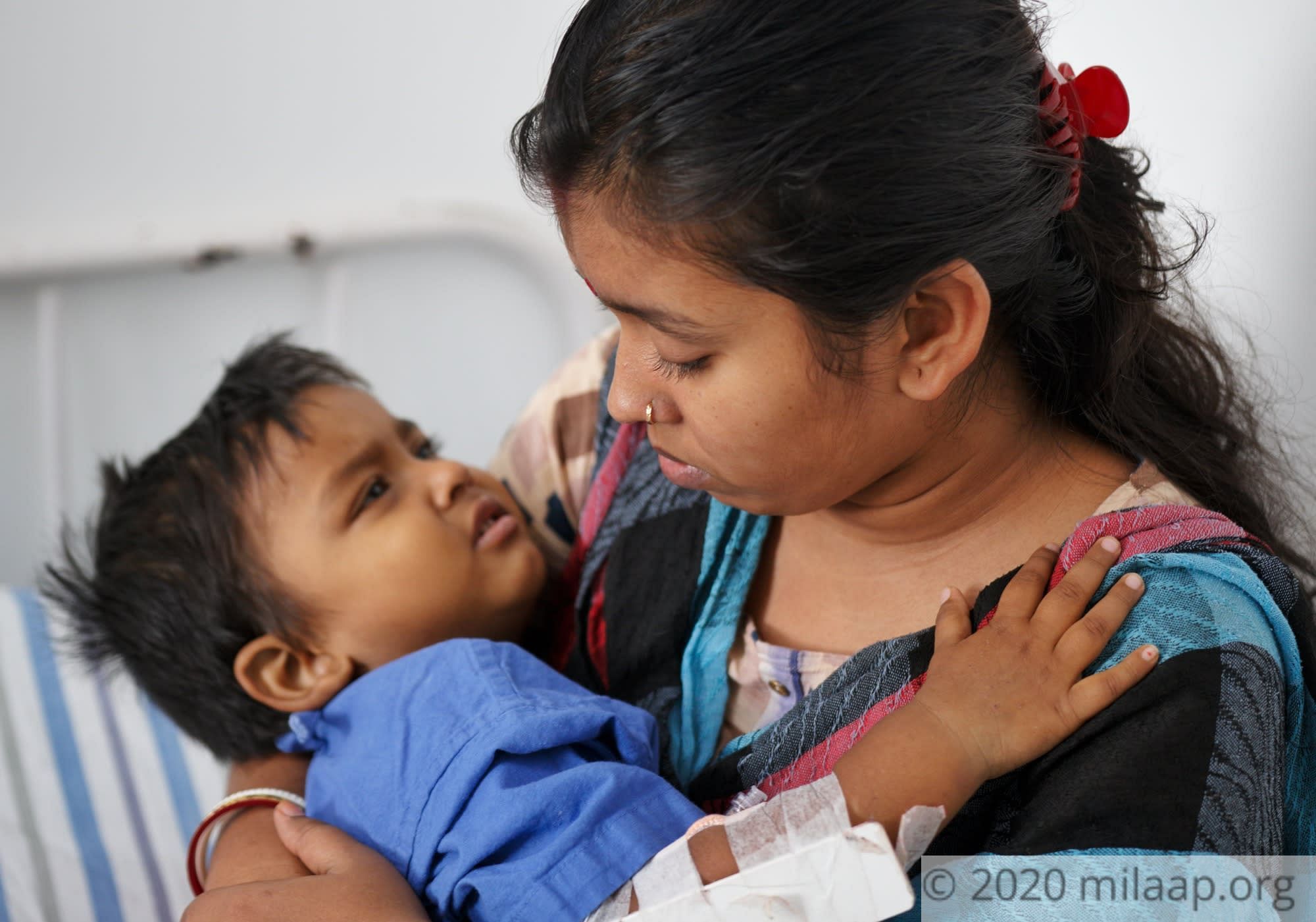 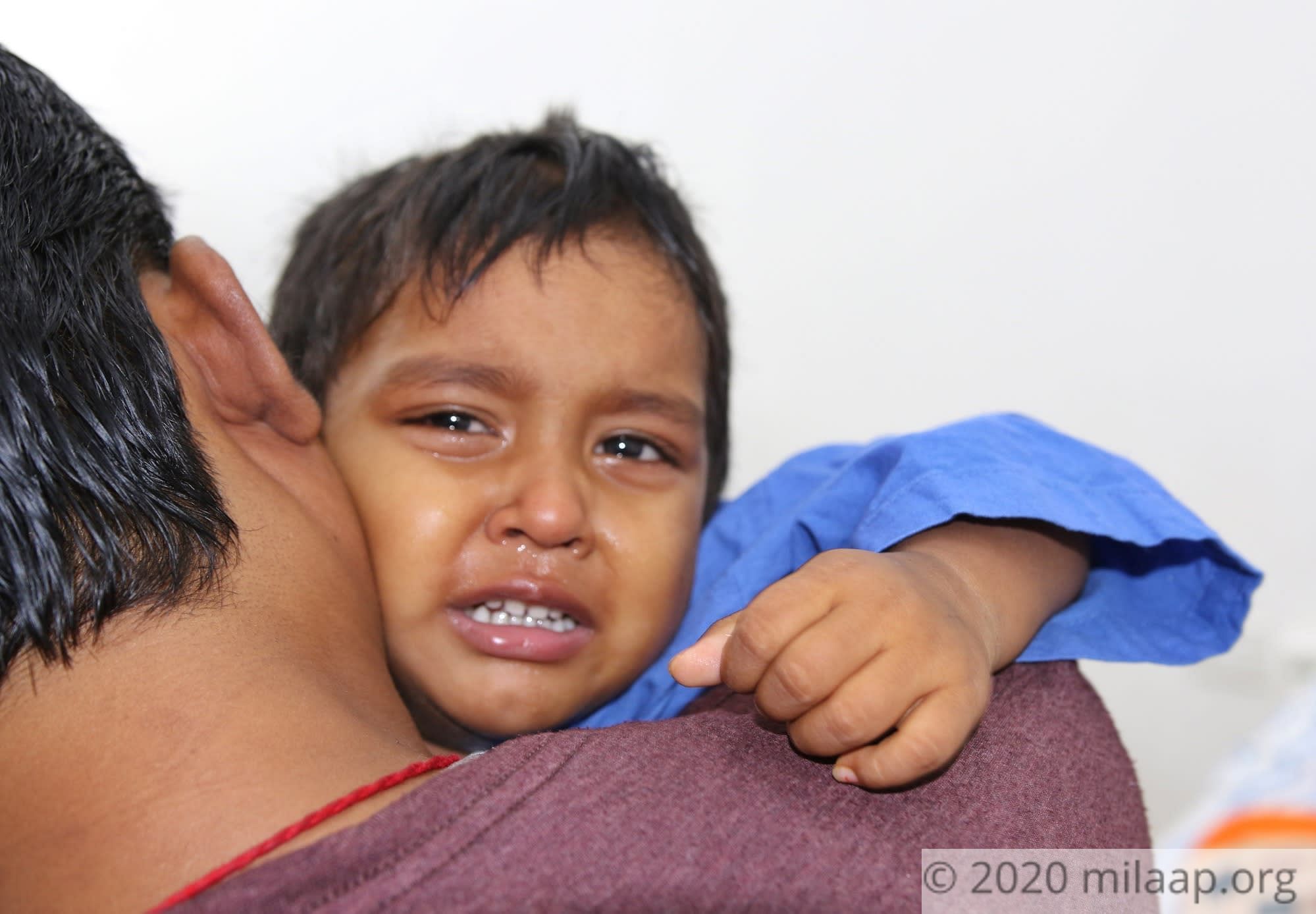 Share on facebook
Shantanu is not new to pain and loss. In the last five years, he has lost his elder sister, his father and his two uncles. His mother was diagnosed with cancer but fortunately she recovered. You might think that this is the end of all tragedies in Shantanu’s life. But just a few months ago, his 2-year-old son, Soumyadip, was diagnosed with blood cancer. Now this father doesn’t know how he can save his child - he hardly has anything left with him now.

I was just learning to be happy again, and now my poor son has cancer

“It was just a swelling on his neck, the first few days he didn’t even have a fever. But then, his fever refused to go. We had no choice but to take him to Kolkata but even the doctors asked us to come to Bangalore. Then came the shock of our lives - test results showed that Soumyadip has cancer!” - Shantanu, father.

The first time Shantanu heard of cancer was when his mother got the disease. The fight was difficult but he was able to save his mother. Shantanu knows cancer doesn’t always kill. He knows there is hope for his son. He also knows that the cost of the treatment is beyond his means.

Shantanu and his wife, Jayashree, trying to calm little Soumyadip down

Riots broke out in my village, there is no way I can arrange for more money

Once an owner of a small business, Shantanu was forced to sell his shares and work as a labourer in the same place. He makes somewhere around Rs 10,000 in a month. He came to Bangalore with all his savings but now they’re almost over, and he can't ask for more either.

“Over the past few months, riots have broken out in my village and there is no way my relatives can send me money. I only have the bare minimum to sustain us now. I need 15 more lakhs…” - Shantanu.

It hasn’t been easy for Shantanu, but he continues to fight for his son. He has lost so much, lost so many loved ones - he can’t lose his son too. Soumyadip is his only hope. Shantanu has desperately  been looking for work in Bangalore, but in vain. He has no other way to save his son.

Soumyadip can fight cancer with your help. A small contribution from your side can save this 2-year-old’s life 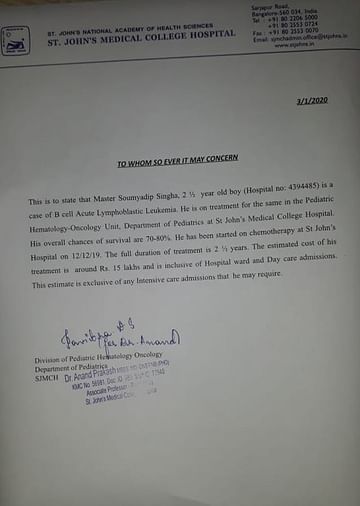 Click here to know more about Soumyadip
Donate now
OR
Click here to read the instructions before you make a bank transfer.

I pray God will heal you and give you a long life.

140 others have contributed
Click here to know more about Soumyadip

I pray God will heal you and give you a long life.

Hope the kid get well soon. My prayers with you..

Dear Soumyadeep, my son, we are all with you. God is with you, baba!

Jesus will heal you