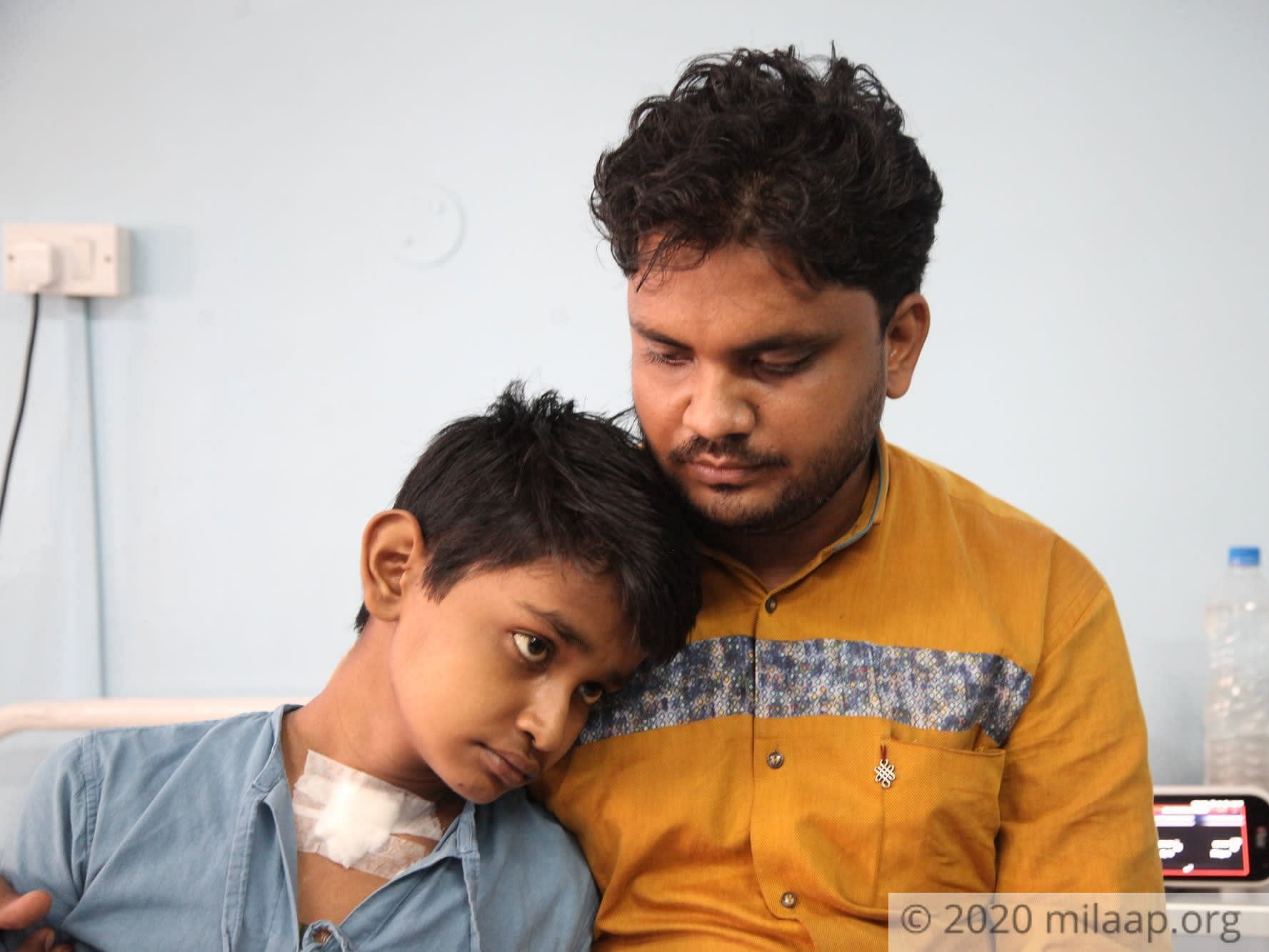 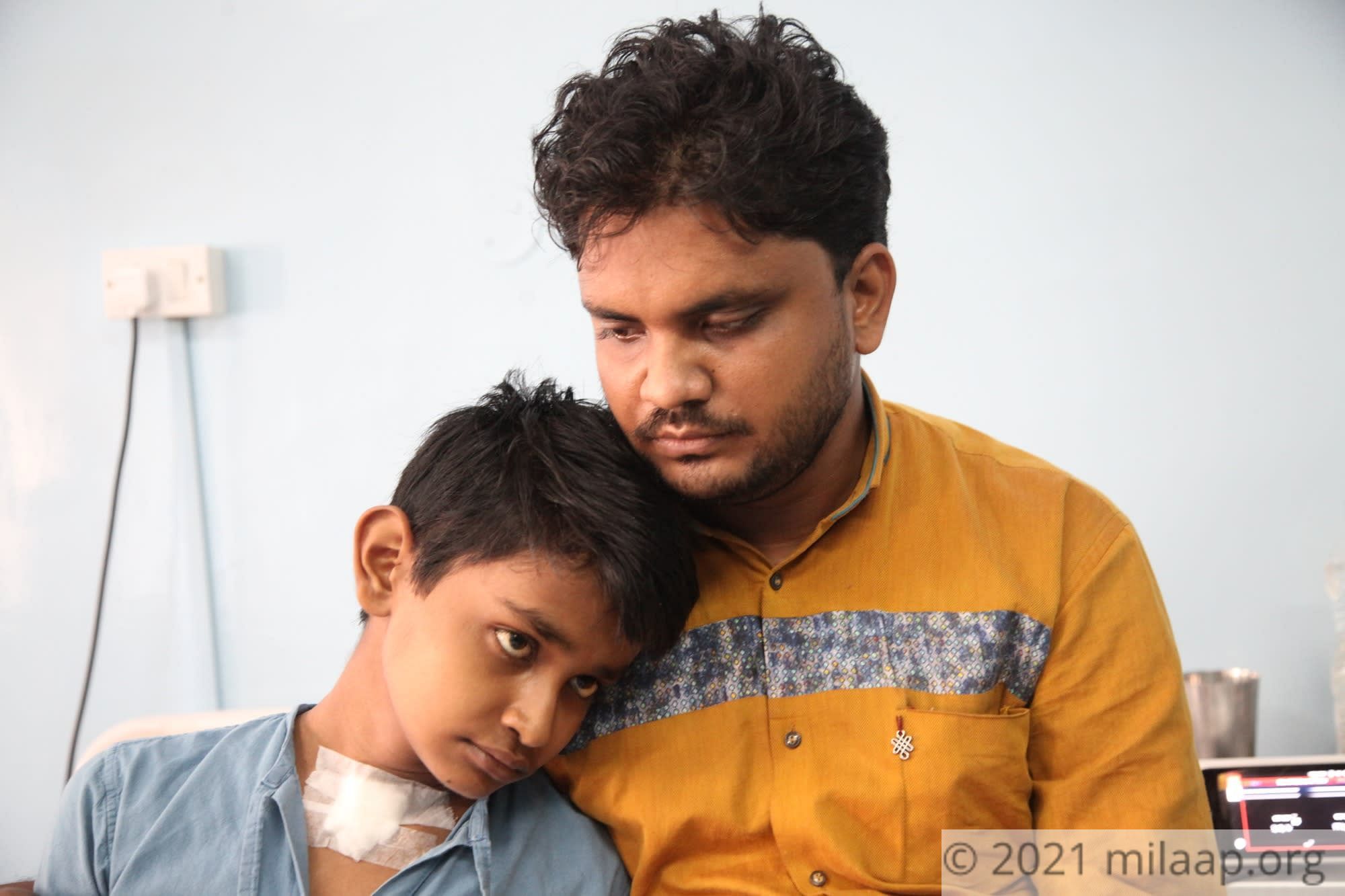 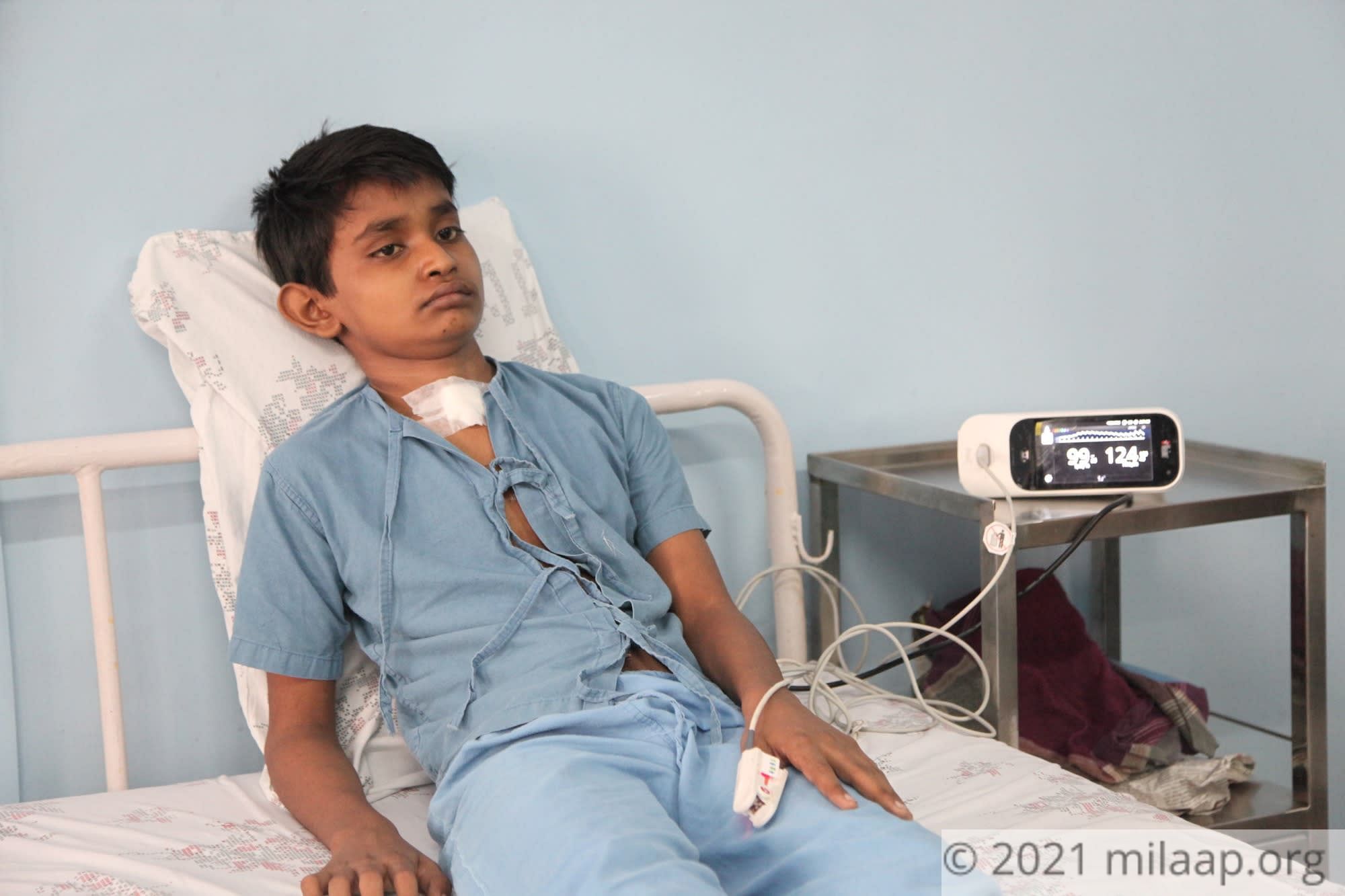 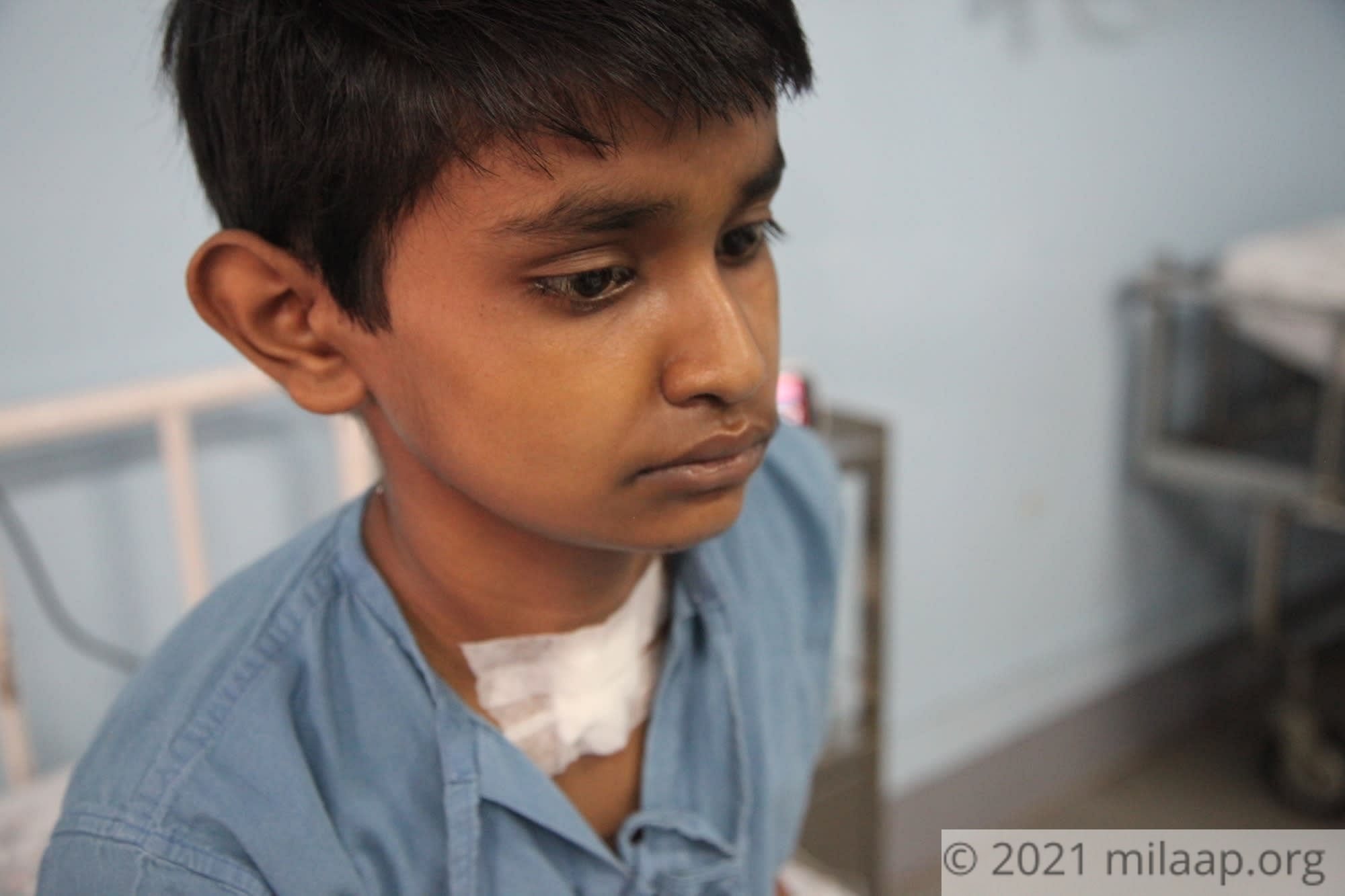 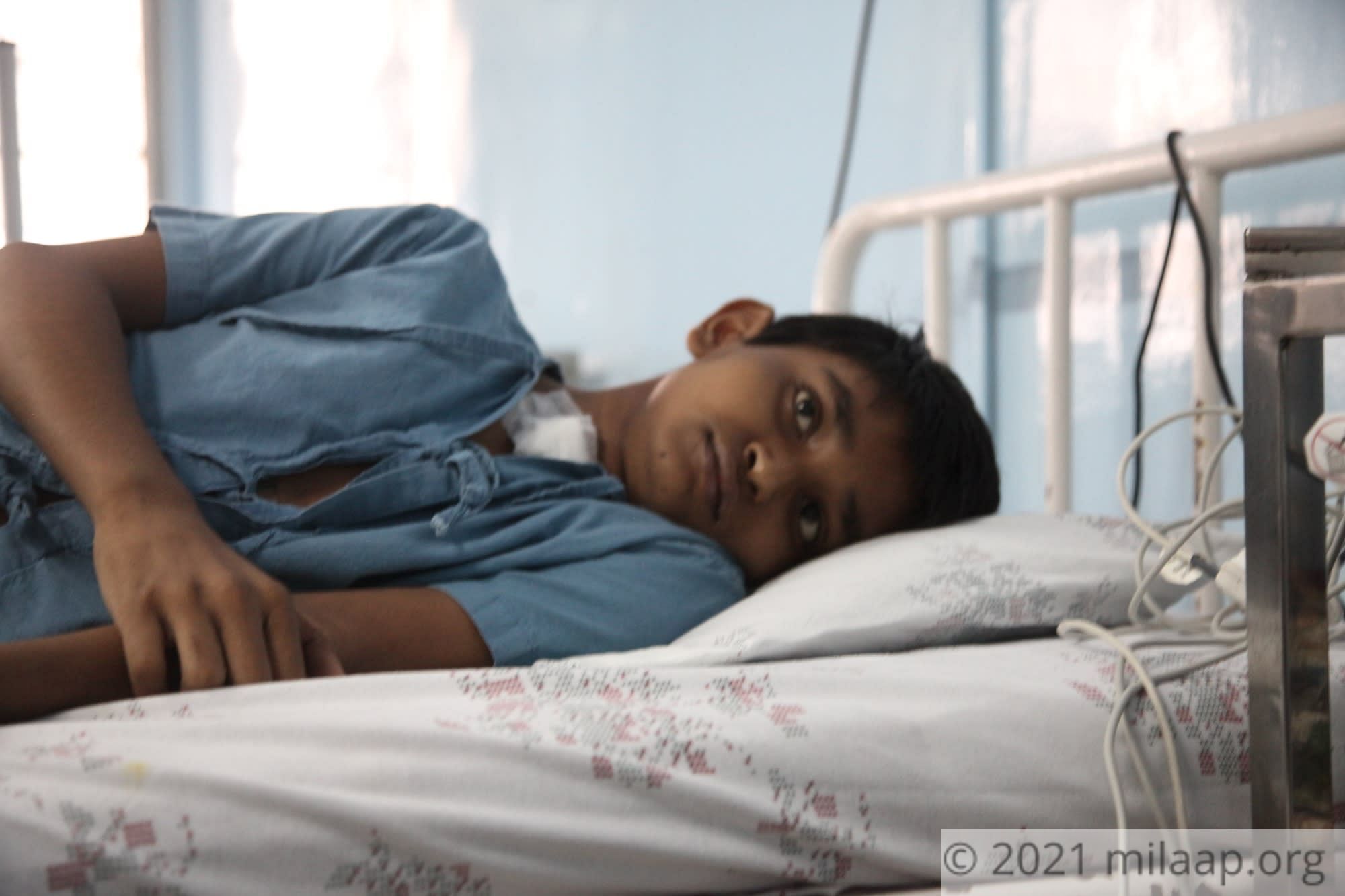 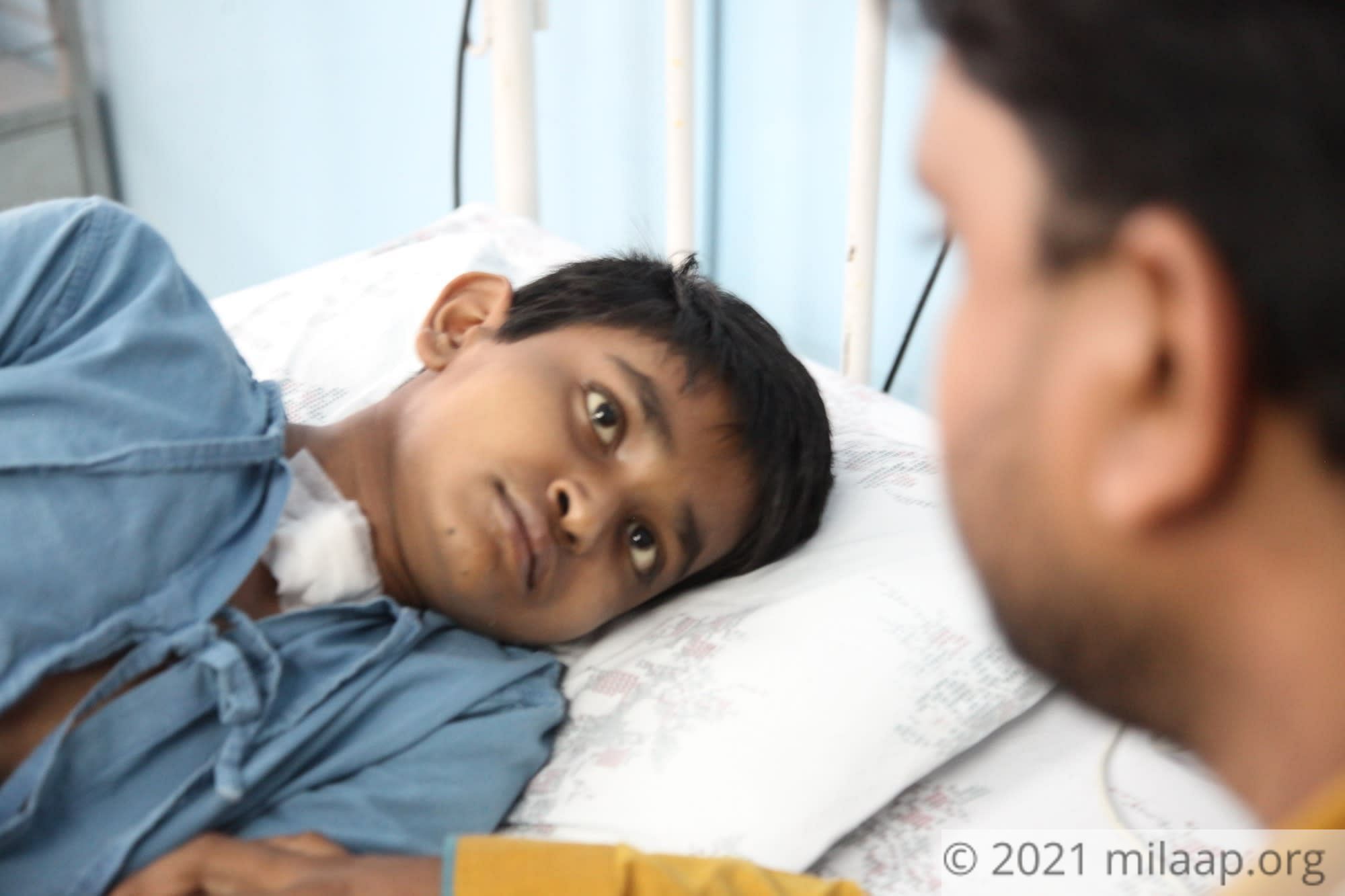 Share
“Last few months have been nothing less than hell for my little brother.
He has gone through so much that I can’t even tell in words. Cancer has changed him completely. He used to be on his feet all the time, doing some or the other thing but now...
now I can’t even remember when was the last time I saw him play or even talk to his friends on phone. He dreamed of becoming a doctor, now we don't know if he will live,” - Nazim Ali, brother 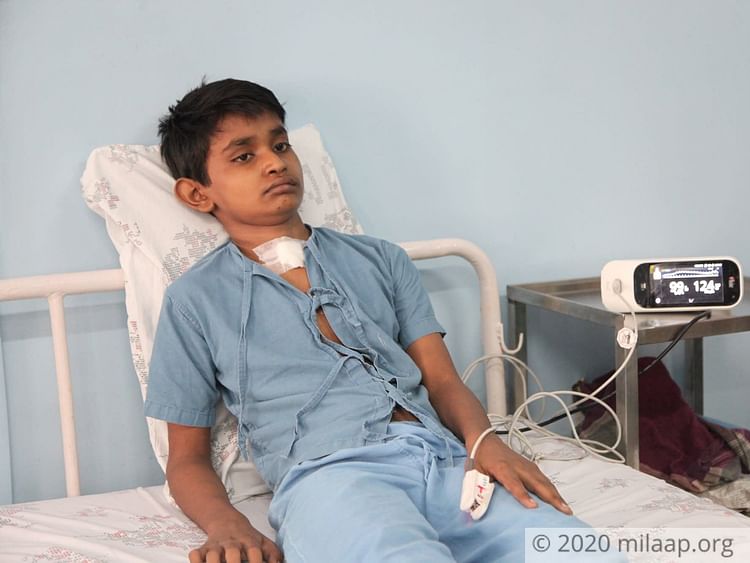 A cancerous tumour that changed his life

In February this year, Hossein started experiencing severe headache and had trouble concentrating on his studies. He vomited whatever little he ate and his health just kept getting worse. When taken to a hospital, he was diagnosed with Medulloblastoma, a cancerous brain tumour.

“He was all fine a day before and suddenly the next day he felt like his brain would explode with all the pain he was experiencing. He needed immediate surgery to relieve the pain and to remove the tumour. So, we sold everything we held of value, even my mother’s jewellery to get it done. We thought everything would be fine after that but it was just the beginning of his fight against cancer.” 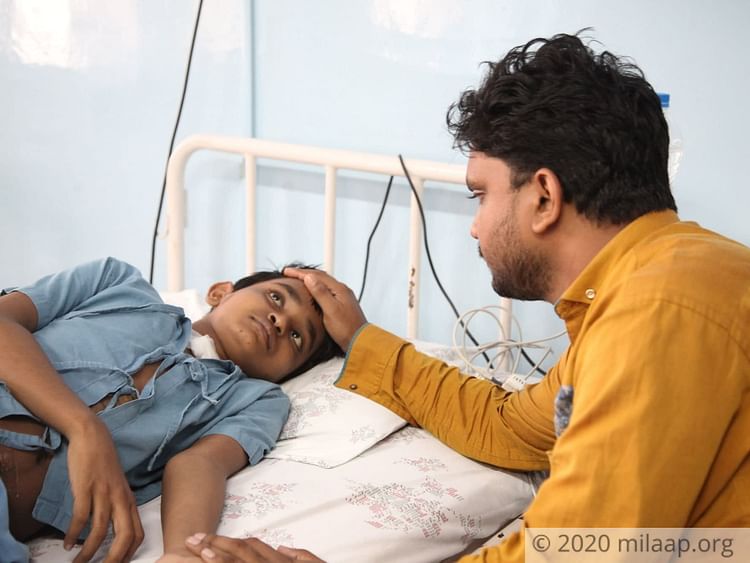 His entire left side of the body got paralysed

After the surgery, Hossein got severe pneumonia. He couldn’t eat or even breathe normally. By the time he got cured of that, his entire left side of the body got paralysed and it took him several months to even speak properly let alone getting up from the bed.

“Every day his eyes would fill with tears. He wasn’t able to say anything but we could see how much pain he was going through. He is better now but the battle is not over yet. He still has to undergo several rounds of radiation and chemotherapy but we are unable to keep up with the expenses.” 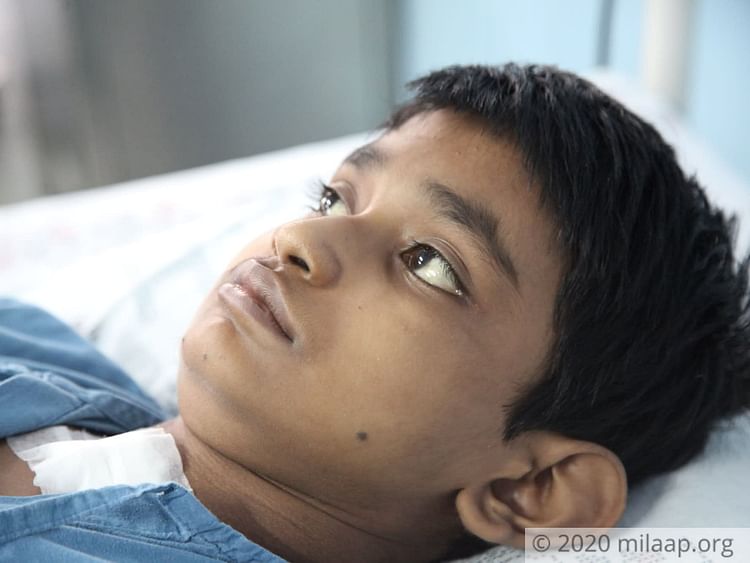 They are unable to save him, you can help

Hossein is the youngest and most loved in the family. He is bright and dreams to become a doctor. In fact, his village school wanted to support his dream and helped him get an admission in a big city school for better education. But his dreams will remain unfulfilled if they can’t afford his treatment.

“My father is old but to keep the house running he has to work too. He and I do odd jobs to keep the family running. We wished for a different and better future for Hossein but we can’t even afford to save him now.” 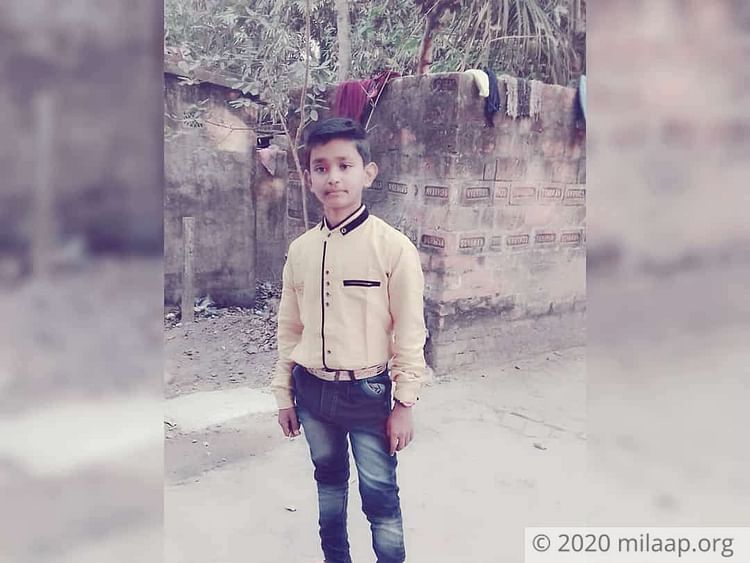