6-Month-Old Has 3 Holes In Her Heart And This Surgery Is Her Only Hope | Milaap
loans added to your basket
Total : 0
Pay Now 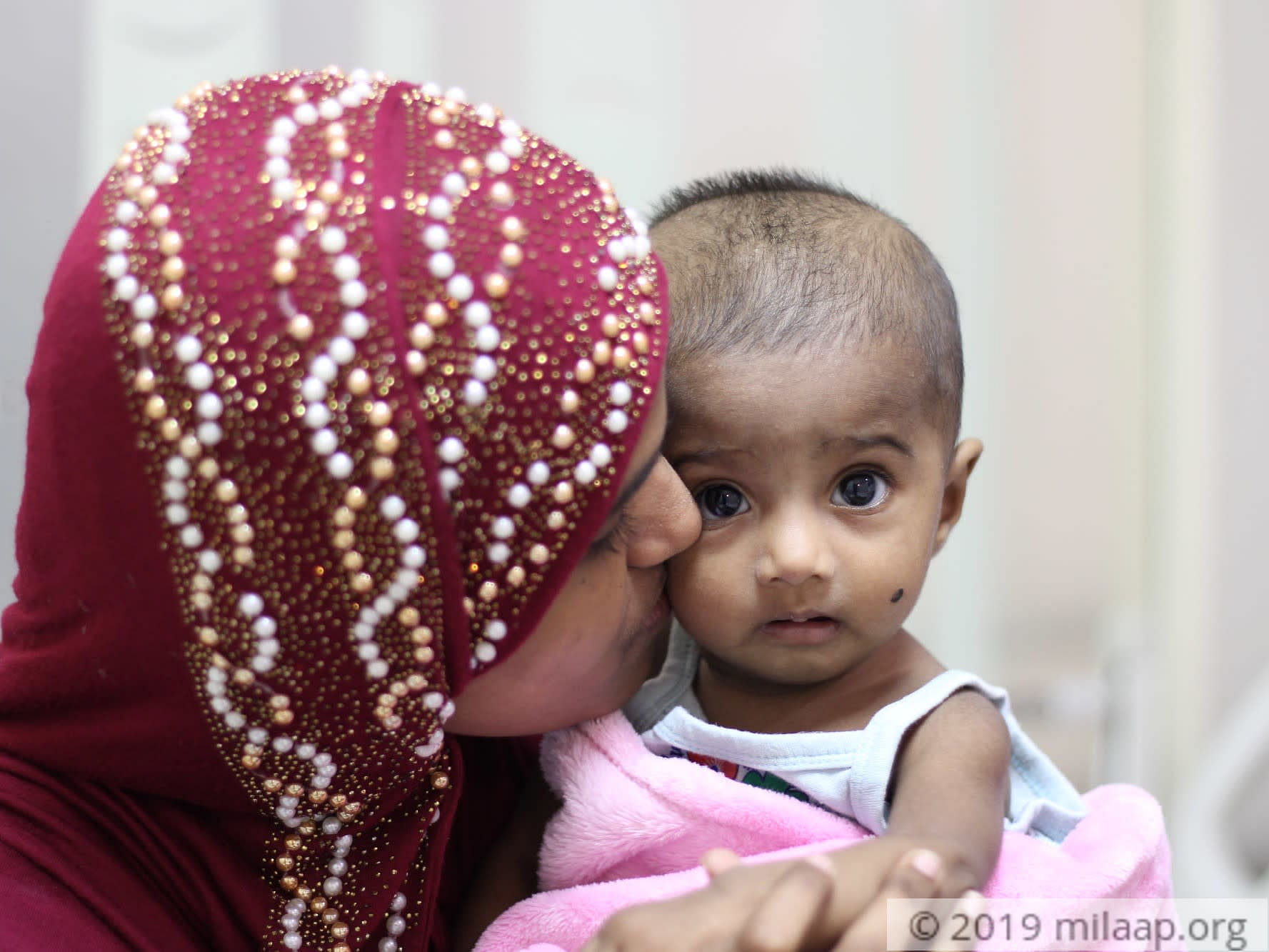 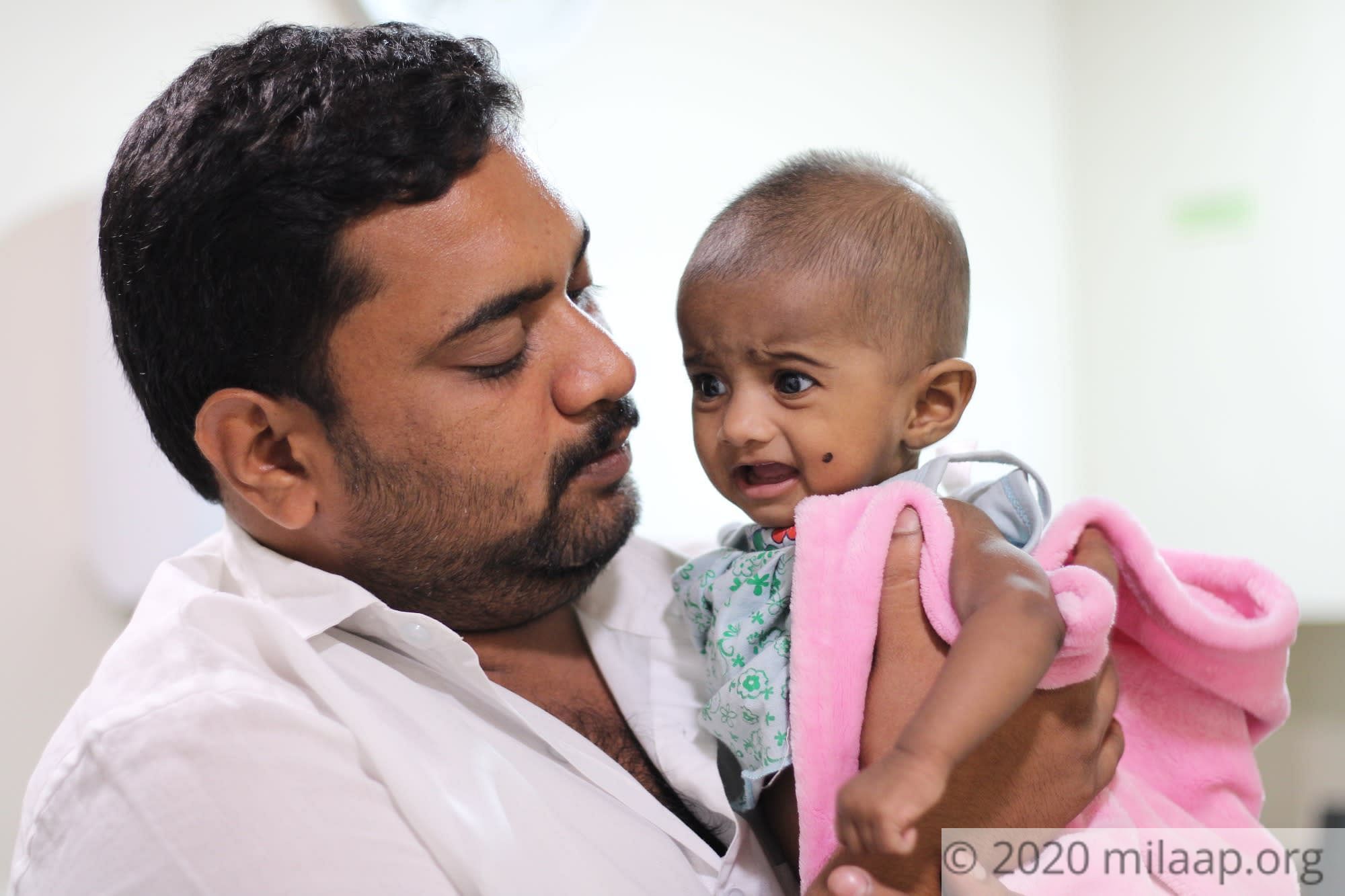 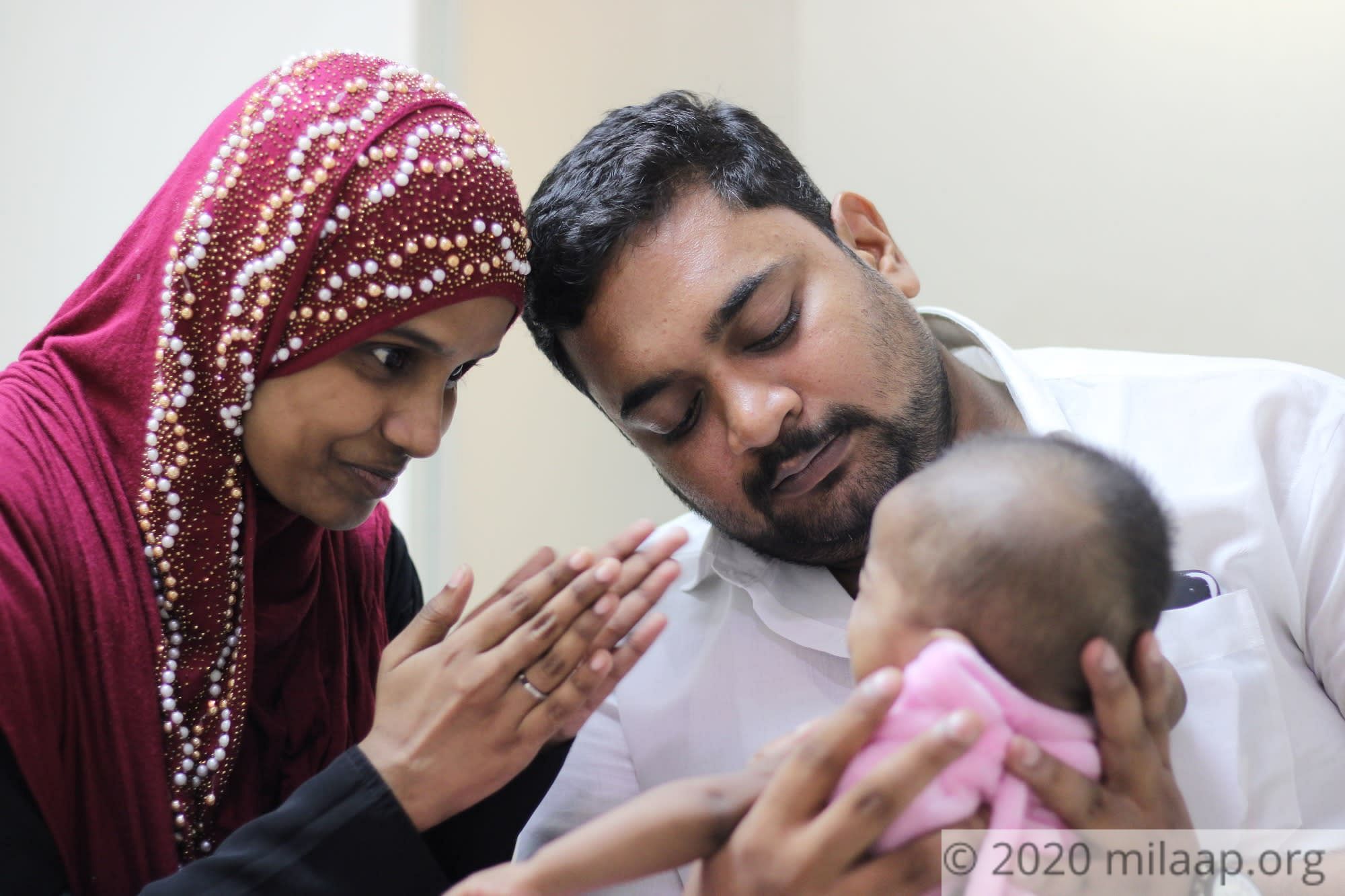 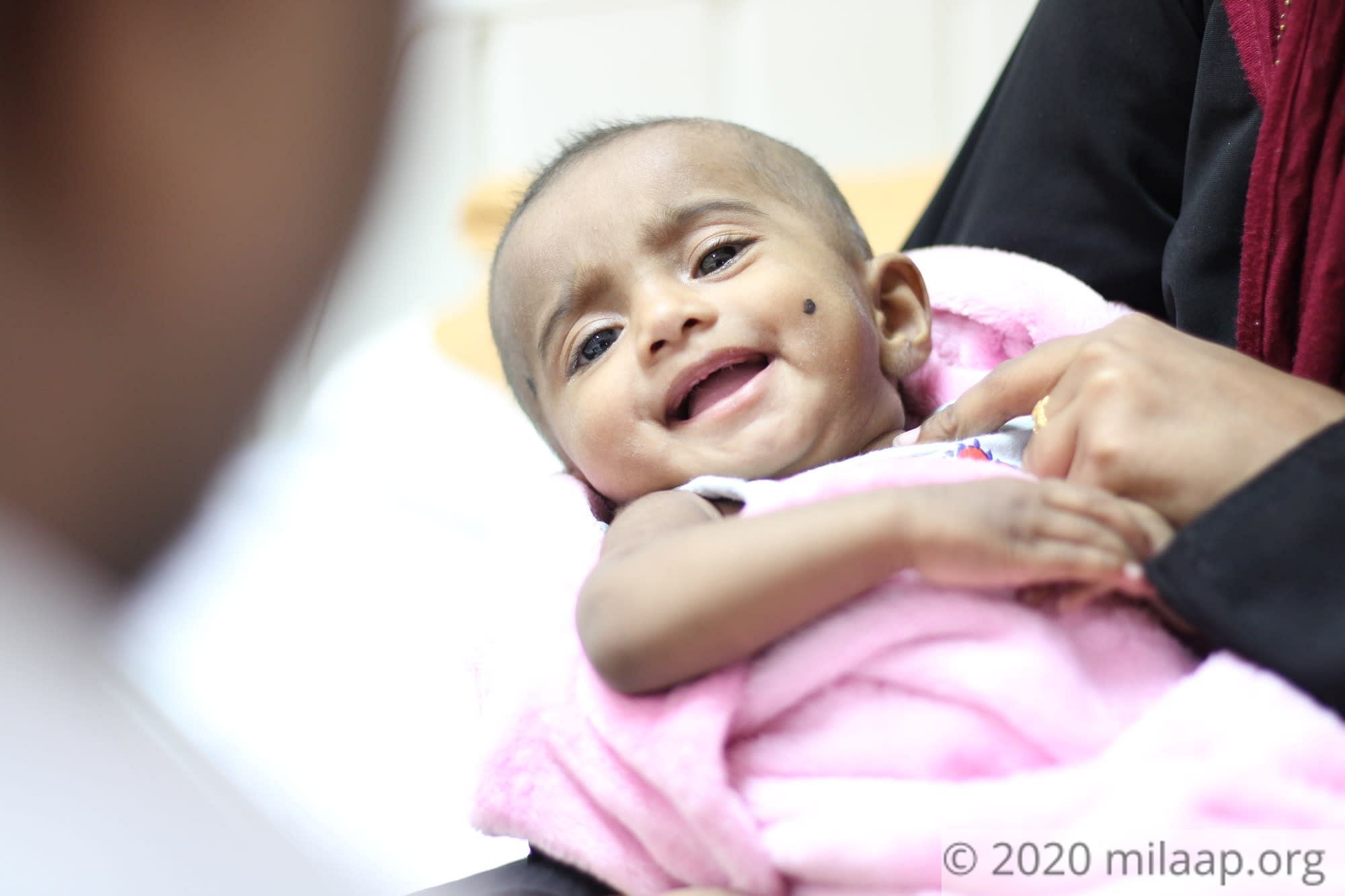 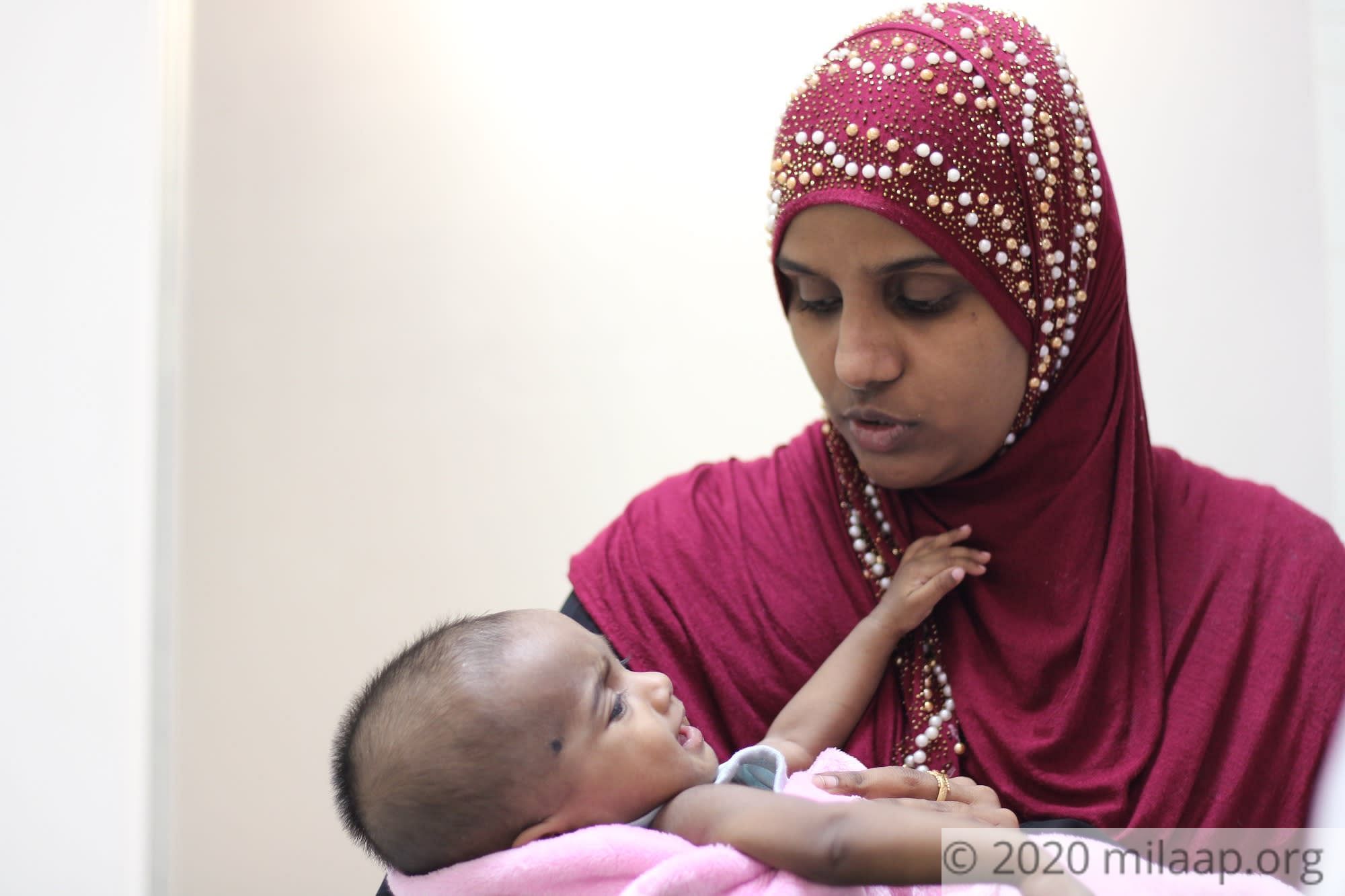 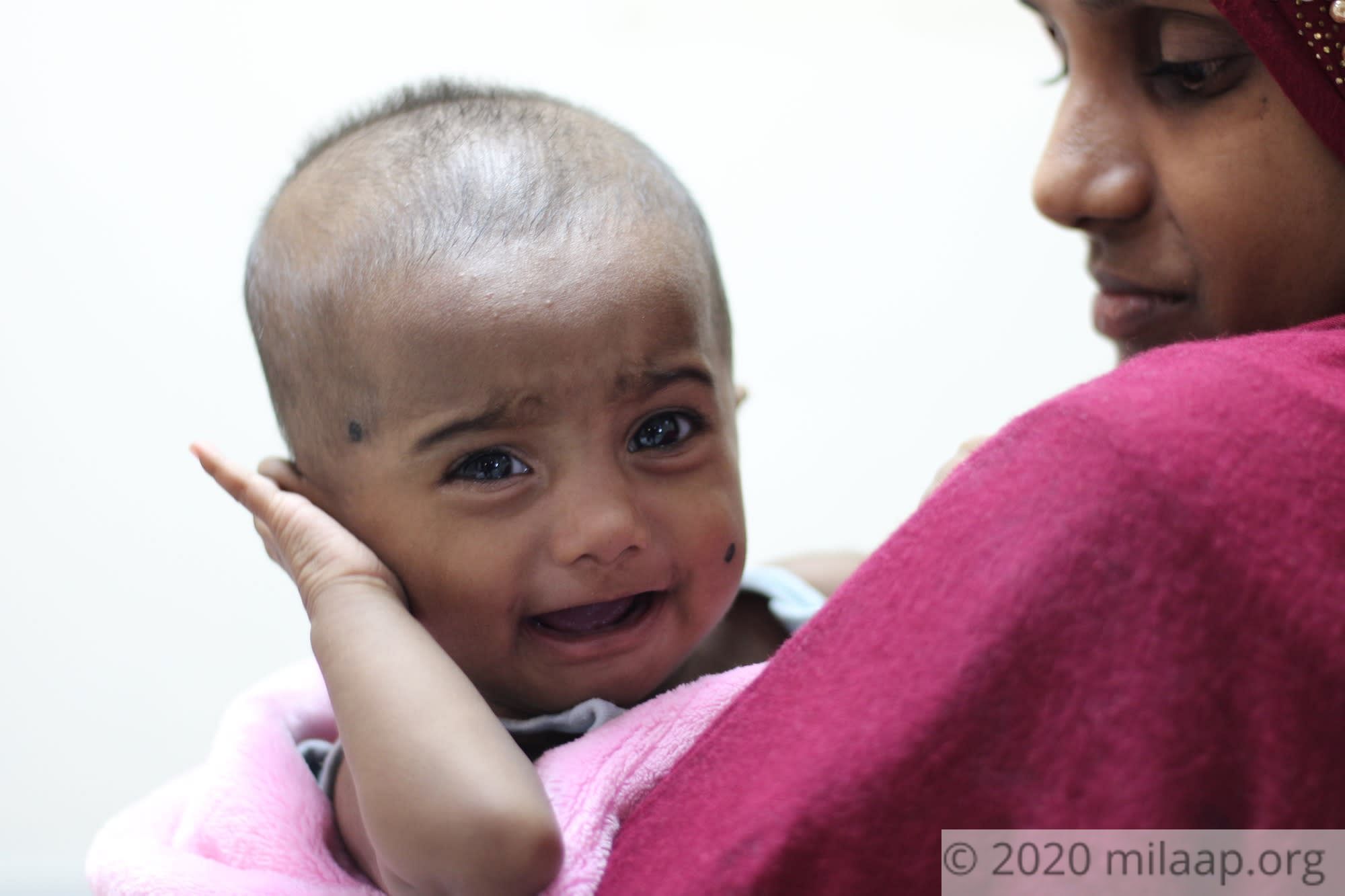 “I was holding her in my arms the first time she stopped breathing. Her eyeballs went beneath her eyelids and I froze. I thought I had lost her. But she survived!” Thabiya, mother.

6 months ago, Thabiya and Satham were blessed with a baby girl. Being their first born, Baby Simin was pampered by the whole family. Any free time he got at work, Satham would rush back home to play with his little girl; while Thabiya forever held her baby girl in her arms and doted on her. Their family now complete, the couple led a joyful life. But then one day, they had the fright of their lives!


“I can tell she’ll be a talkative child. Whoever walks by her, she calls out, strangers and family alike. She looks at them and smiles. Everyone loves her” – Satham Hussain, father.

At 3 months, they almost lost their only child

They rushed her to the people in their neighbourhood. They turned her upside down and patted her back thrice and her breathing resumed. She cried that day, like she had never before. Then on, Thabiya refused to leave her side even for a second. Despite all the care, it happened again, on the 20th day.

“When Simin slept, Thabiya would sit by her side and never take her eyes off her. She’d observe every rise and fall of her stomach, and panic when she drew long breaths!” – Satham.

Her health worsened and she struggled to breathe

A month later, she caught a cold that never left. Her food intake lessened drastically and she struggled to breathe. Her breathing was hoarse and she was helpless. Afraid, the parents took her to a bigger hospital where dreadful news awaited them.


“The doctors suggested an echo test and the results crushed us. He told us she had three holes in her heart, two of which would close on its own as she grew up. But one of the holes was very big and needed an immediate open-heart surgery. It all went over our head. We couldn’t comprehend. How could all this be happening! We were scared!” – Satham Hussain.

An urgent cardiac surgery can save her, but her parents can’t afford it

Satham Hussain, the sole breadwinner of his family, works as a server in a hotel. He earns Rs. 9,000 a month. While that has always been enough for them in the past, now it isn’t. In the last two months, whatever money they had, they spent on Simin’s hospital tests. They’ve also borrowed money from their close friends and haven’t thought about how they’d repay them. The cardiac surgery costs 3 lakh rupees and the parents are helpless.


He works till 1 in the night and comes back home, exhausted. But he doesn’t sleep. He lies awake, mentally making a list of people they can borrow money from. But there’ll be no one! 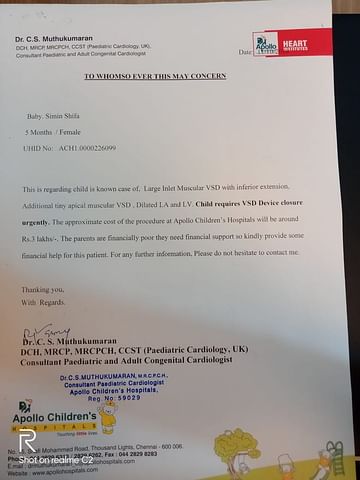 Click here to know more about Simin Shifa
Donate now
OR
Click here to read the instructions before you make a bank transfer.

A
Anonymous Rs.2,500
20 others have contributed
Click here to know more about Simin Shifa

Donated to this campaign via Paytm? Click here if you can’t find your donation listed below.
A
Anonymous donated $59

You will be ok ! Allah be with you

May Allah swt bless you in sha Allah