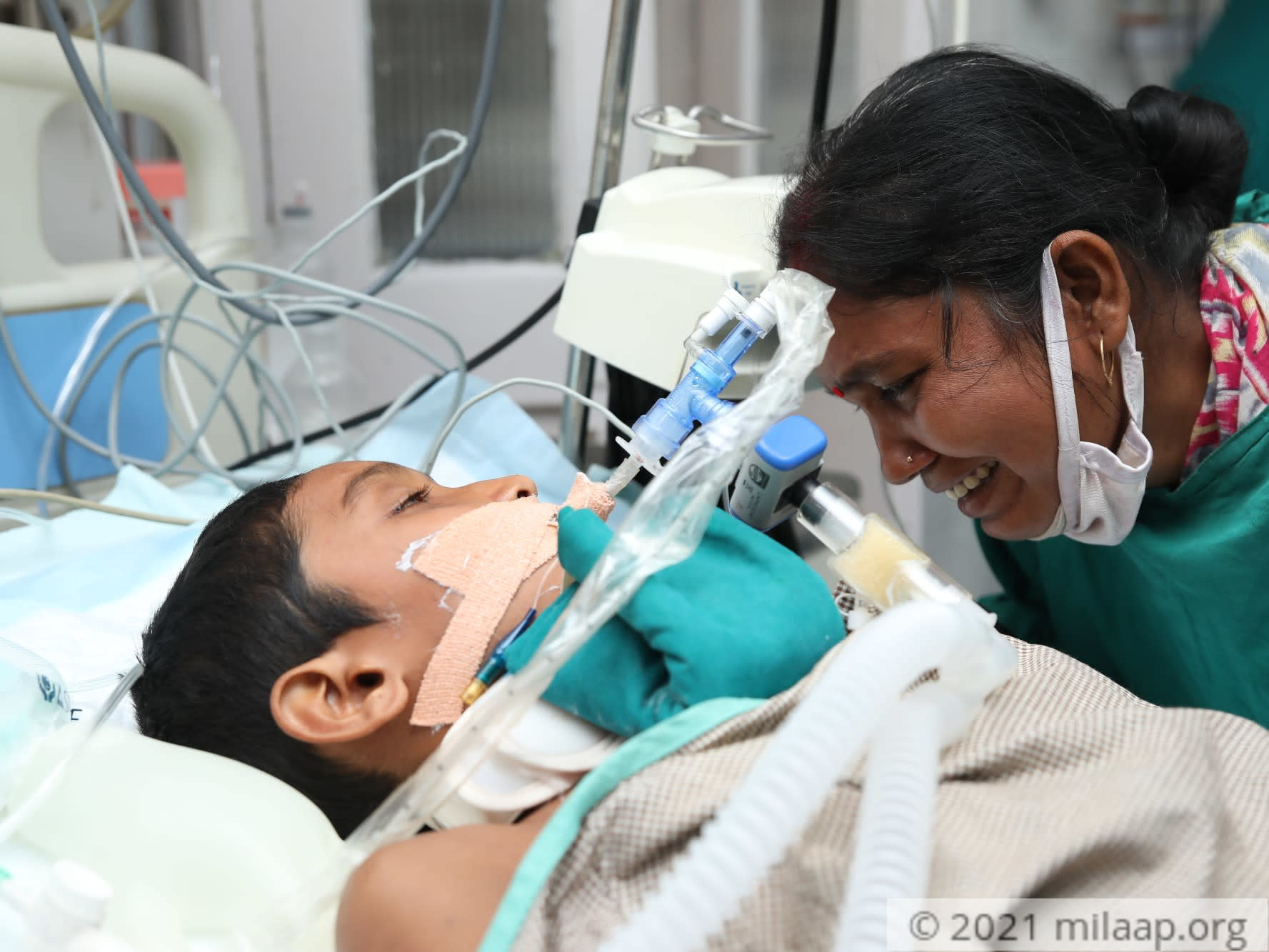 Share
Shubhrangshu was playing in the garden when his mother, Moina, heard her mother-in-law shout at the top of her voice - “Come fast, khoka is choking, he can’t breathe…!” Moina came running out of the kitchen and the sight she saw scared her to death.

“My 10-year-old son was lying on the ground with a towel and a broken branch of a tree around his neck. He was unable to open his eyes and could only mumble out ‘Maa’. I was shocked - for a second I didn’t know what to do. And then I called my husband, Ashok, and together we took him to the nearest hospital, without wasting any time,” - Moina, mother.

Shubhrangshu had nearly strangled himself while playing and is now in ventilator support. He was unable to breathe on his own.
Moina and Ashok ran from pillar to post with an unconscious child in their lap - none of the local hospitals had the facility to take care of Shubrangshu. Finally, he was admitted at a hospital in Kolkata and he has been there for the last couple of days. He needs to be in the hospital for a few more days but Ashok doesn’t have the means to afford it.

Moina keeps blaming herself for the mishap. She keeps replaying each and every thing that had happened on the fateful day in hope of understanding what went wrong.

“Nothing was out of place, Shubhrangshu had breakfast, finished his homework and was playing in the garden when all of this happened. Within seconds, our entire world came crashing down. Now I am looking at my son, helplessly. He hardly opens his eyes, he can’t even move his fingers. His limp body breaks my heart. The doctors say that he needs to be in the hospital but how will I afford 8 lakhs?” - Moina.

Moina and Ashok are daily wagers, they hardly earn anything. They don’t have savings. Till date, they have been continuing their son’s treatment on borrowed money. But now it’s no longer possible.

“We are eating only once a day, when my relatives in the city send some food. Rest of the time, we fill our stomachs with water. Every rupee we save now is important for us but that won’t be enough. I need your help to save my son, please!” - Ashok, father.

These parents have no where to go, no one to turn to - you're their only ray of hope. Click here to donate.
SP
Patient Shubhrangshu payra is 10 years old, living in Kolkata, West Bengal
IO
Being treated in Institute of Child Health, Kolkata, West Bengal