This Disease Took Both His Brothers, Little Shivraj Is Scared He's Next | Milaap
loans added to your basket
Total : 0
Pay Now

This Disease Took Both His Brothers, Little Shivraj Is Scared He's Next 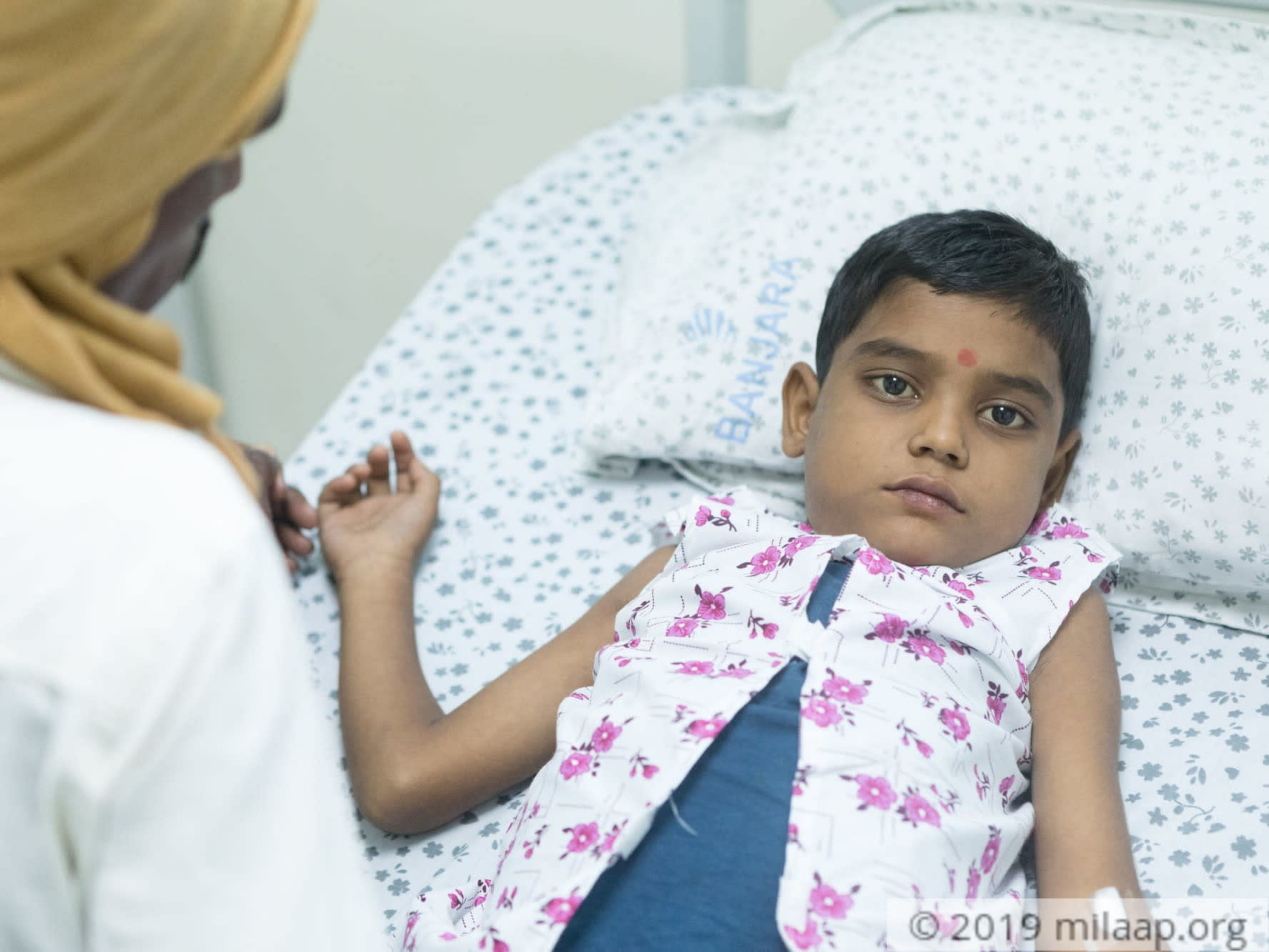 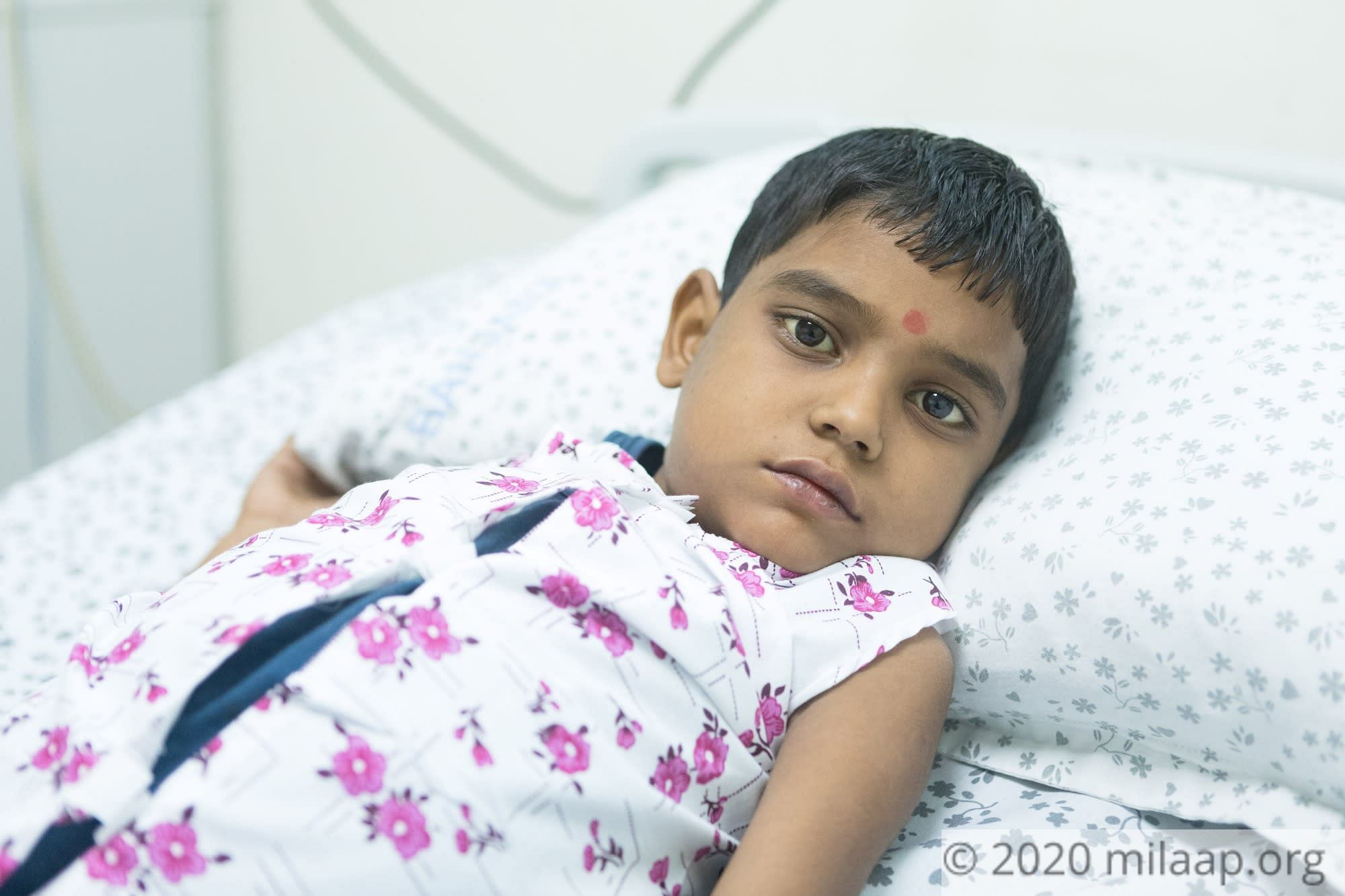 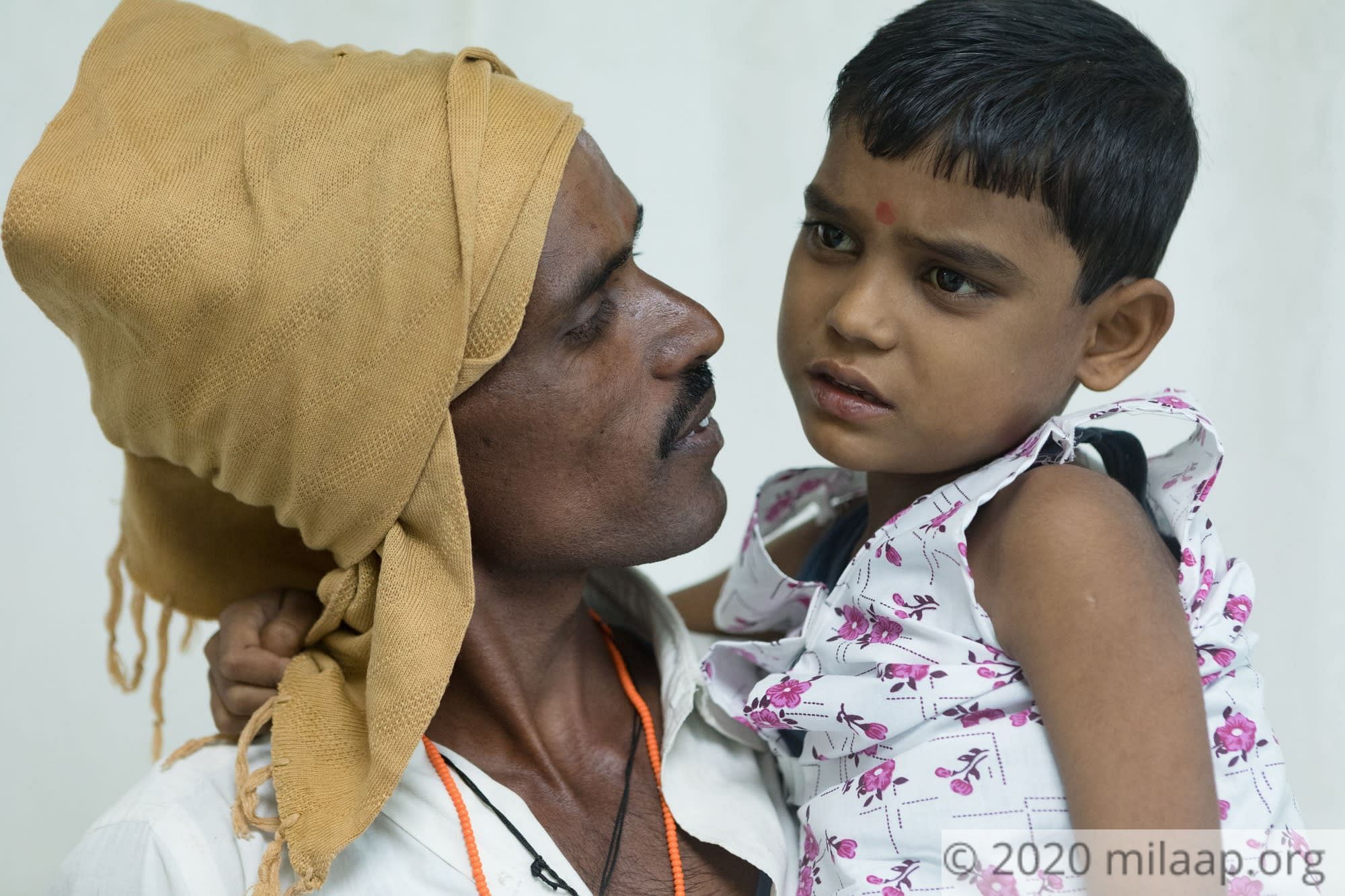 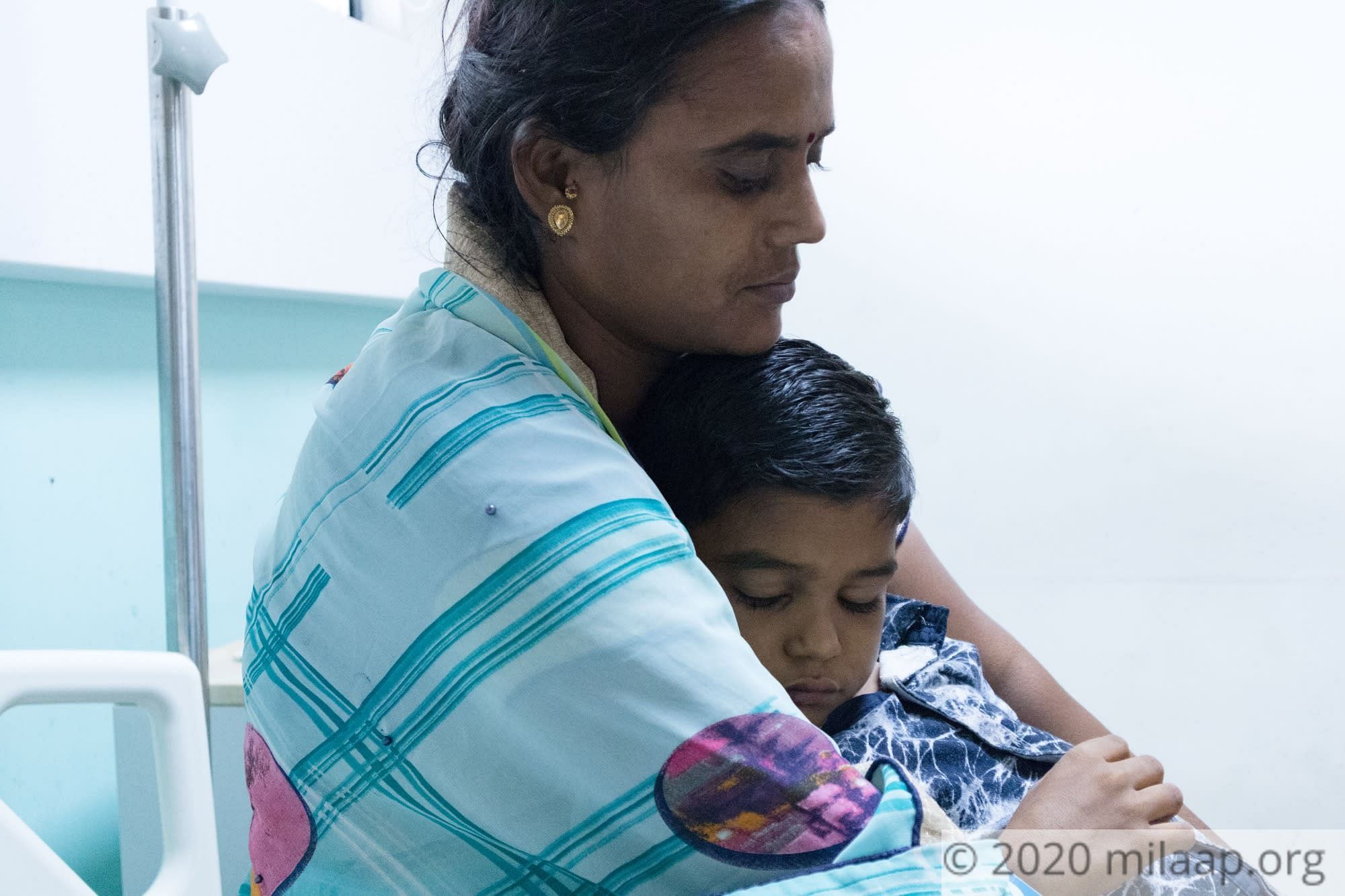 Share on facebook
Shivraj misses his two brothers a lot. When he’s at home, he sleeps holding his twin’s t-shirt, sometimes just staring at the toys that the three of them used to play with. Shivraj doesn’t cry because he’s still in shock – his older brother (9) and twin both died of the same liver disease, within one week of each other. Shivraj now has the same disease that killed his brothers.

“The last 4 months have been a blur. I just can’t believe that all three of our children got the same disease… It killed our other two children so quickly. We know Shivraj doesn’t have time without a liver transplant. We haven’t even grieved our children’s death yet and now…” – Shankar, father

A deafening silence is all they have left

“Pushpa has stopped eating. She doesn’t sleep and barely speaks now. Our house is suddenly so quiet. Just a few months ago, we had three healthy children running around, playing, fighting, laughing... our lives… everything is gone. Shivraj is all we have left now.”

Their entire village is praying for these devastated parents

Shankar, a daily wager, has already spent over 2 lakhs till now for all 3 of his children. Every hospital visit now for Shivraj costs him at least Rs. 10,000. He’s managed so far because his entire village near Nanded, Maharashtra, came together to help him save his son.

“Everyone gave me whatever little they could, and that has helped us a lot! It’s humbling to see how many people come to help you when you need it… they told us they don’t want us to lose another child. We’re very grateful to them, but despite everything they’ve done, it’s not enough to afford his liver transplant. Medicines can’t save him any longer.”

Shivraj is running out of time. He’s critical and only a liver transplant can save him, and he needs it soon. Shankar and Pushpa have already lost too much, they can’t lose their only remaining child too. We can’t take away the pain of losing his brothers, but we can help Shivraj fight this disease – a chance his brothers didn’t get. 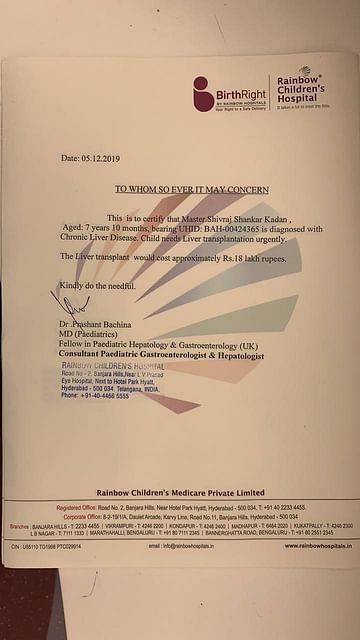 Click here to know more about Shivraj Shankar Kadan
Donate now
OR
Click here to read the instructions before you make a bank transfer.

Donated to this campaign via Bank transfer/QR Code? Click here if you can’t find your donation listed below.
KR
Karthik donated $100