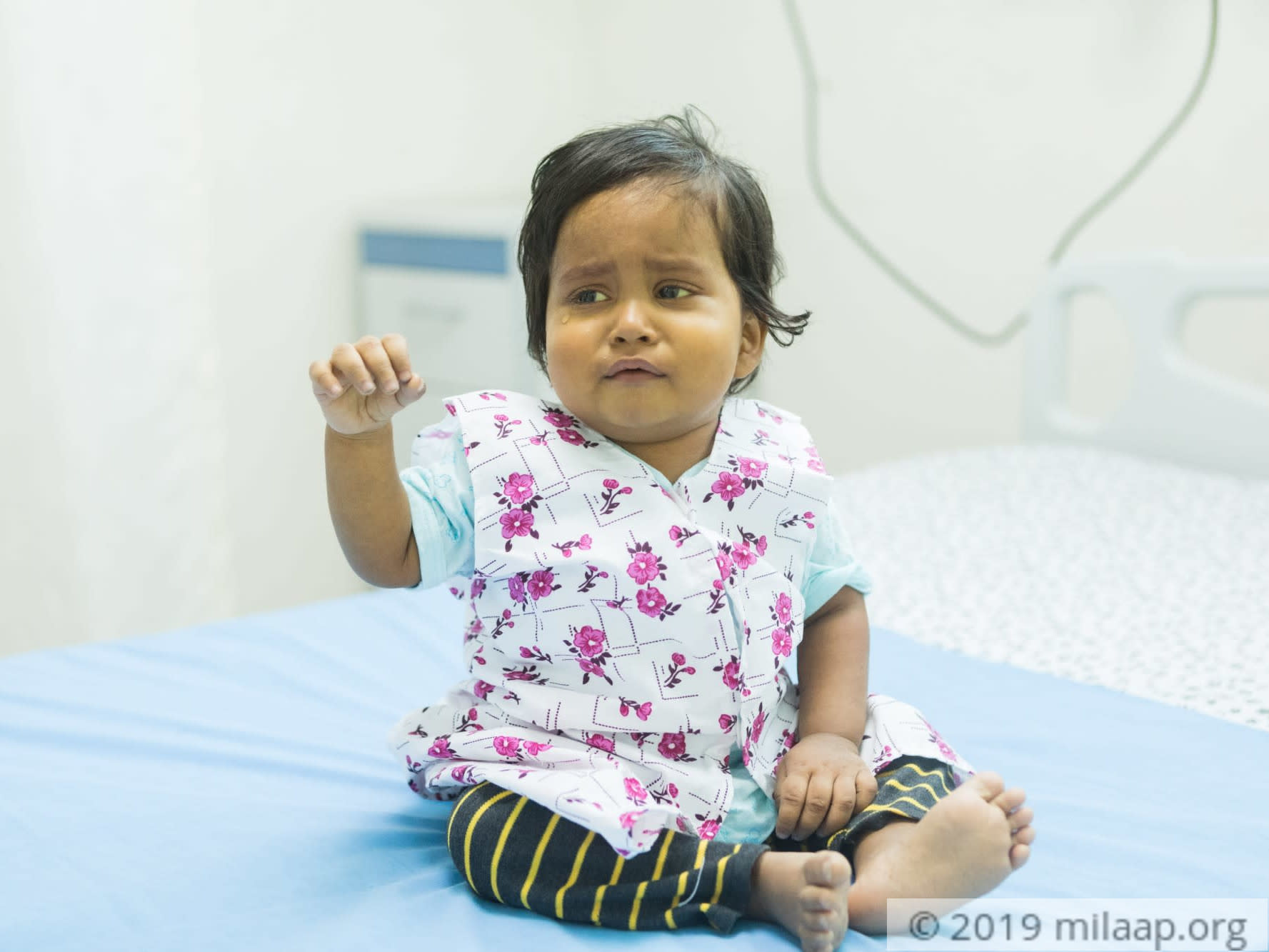 Share
“He stretches his arms and asks me to lift him up, hoping that my hug will make everything okay but I am unable to make his pain go away. He cries so much that it breaks my heart. I just want him to get better again.” - Sapan, father
Shivansh used to crawl around the house on his little knees playing with his toys. He had just started to hold onto things and trying to walk too. But soon these little moments of happiness disappeared from their life.

A big tumour in his liver is killing him

Shivansh was diagnosed with a tumour in his liver three months ago. Despite knowing what is making him sick, no one was able to help them. For months they kept visiting different doctors for help but his condition kept getting worse. By the time they reached the hospital in Hyderabad, his lungs and kidney had also gotten infected.

“We first noticed the change when he started turning yellow. His jaundice refused to go. Even after the tumor was discovered, nothing was getting better. The infection spread so much that we thought we almost lost him. The doctors said that they would be able to cure the infections but his liver… it is failing and only a transplant can help him.”

Shivansh’s liver is now almost entirely damaged and the tumour is inoperable. Without the transplant, he has very less time in his hands.

They have spent everything they had

“In these 3 months we have spent every penny that we have, and now that he is recovering, we can’t afford any more. His tumour is getting worse and we... we just don’t know where to get so much money.” - Sapan, father

Sapan works as an entry-level advocate in a small company. Like any other middle-class employee whose expenses are almost equal to the income, he barely has any savings. This is a problem way beyond his capabilities and he desperately needs help.

Shivansh turned one year old just last month, and instead of celebrating in joy, they were fighting to save his life.

“How would you celebrate your child’s first birthday? At least… at least a cake? We couldn’t even think of cutting a cake, how could we? We were running around from one hospital to another... trying to find one, just one hope to save him.” - Arti, mother

Your generous contributions can save this little child's life. With your help he can get a life saving transplant and lead a normal life.
SU
Patient Shivansh Usrethe is 1 year 1 month old, living in Hyderabad, Telangana
RC
Being treated by Dr. Prashant Bachina in Rainbow Children's Hospital, Hyderabad, Telangana