Save Sheroes' Cafe - Give Acid Attack Victims A Home! | Milaap

Save Sheroes' Cafe - Give Acid Attack Victims A Home! 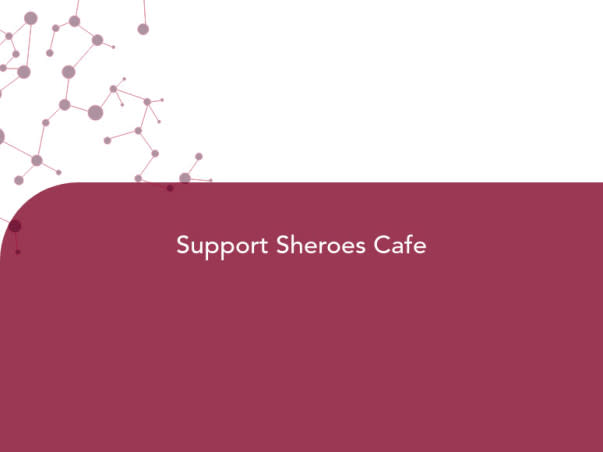 "After the attack, though I had a loving family, I was depressed and lonely. They all would visit, and talk to me, but they just couldn't look at my burnt face. They couldn't look me in the eye. I even ended up having to give up my studies, and my sports. But worst of all, my career. After years like this, it was Sheroes' Cafe that finally gave me a home..." - Ritu, a survivor, a Shero

But now, because of the pandemic, Ritu's new home — also home to 29 other survivors like her — is on the brink of financial ruin. If enough kind-hearted people don't band together now and save Sheroes' Café, they will be left once again with no place to turn to. For some of these women, the Café has been the only source of respect and empathy that they’ve come across when they needed it the most.
Founded in 2014, Sheroes’ Café (Sheroes’ Hangout) is part of Chhanv Foundation: a network of almost 100 acid attack survivors, of which 30 are employed at the cafe. Chhanv works in multiple ways for at-risk, socially isolated acid-attack survivors, focusing primarily on survivors’ access to medical recovery and fast justice to fight back against the irreparable impact of this crime. They strive to bring sustainable change in the lives of acid-attack survivors, by working as a bridge between them and a society that is more than willing to turn a blind eye to their struggles.

“Our foundation’s work has been recognized both internationally and nationally, as we proudly achieved different milestones such as a prestigious award from the US government, German broadcaster Deutsche Welle’s award for Stop Acid Attacks campaign, President of India’s Nari Shakti Award for Sheroes’ Hangout model, NDTV Indian Of the Year, CNN-IBN Indian Of the Year, and many more.” - Alok Dixit, founder

The impact of the pandemic:

Like most of the world, Sheroes’ Cafe and their small community of acid-attack survivors have been struggling ever since they were forced to go into lockdown because of the pandemic. Initially, and for as long as they could, Chhanv Foundation continued to provide regular financial help to the beneficiaries and staff-members, using whatever resources were available to them. But after having no business at the café — the foundation’s primary source of revenue — for over 9 straight months, they were forced to stop the regular & scheduled treatments of the survivors. Outreach efforts to new survivors were drastically affected, their rehabilitation center called ‘Sheroes Homes’ had to be shut down, and education and training for the survivors had to be shut down as well.

“The Café not only provides jobs to acid-attack survivors, but also empowers them, gives them an identity that they’ve chosen for themselves, while improving their lives with financial stability. We’ve had to shut down the business for nearly a year, and we’re struggling to uphold the duty we took upon ourselves, to help these survivors the way they deserve to be. By contributing to the Café, you’re directly contributing to our fight against the primary purpose of an acid attack — to make the victim feel isolated and helpless.” - Alok

What your contributions will be used for: