He Was Born With Just 1 Kidney, And Even That Is Failing Now | Milaap
loans added to your basket
Total : 0
Pay Now

He Was Born With Just 1 Kidney, And Even That Is Failing Now 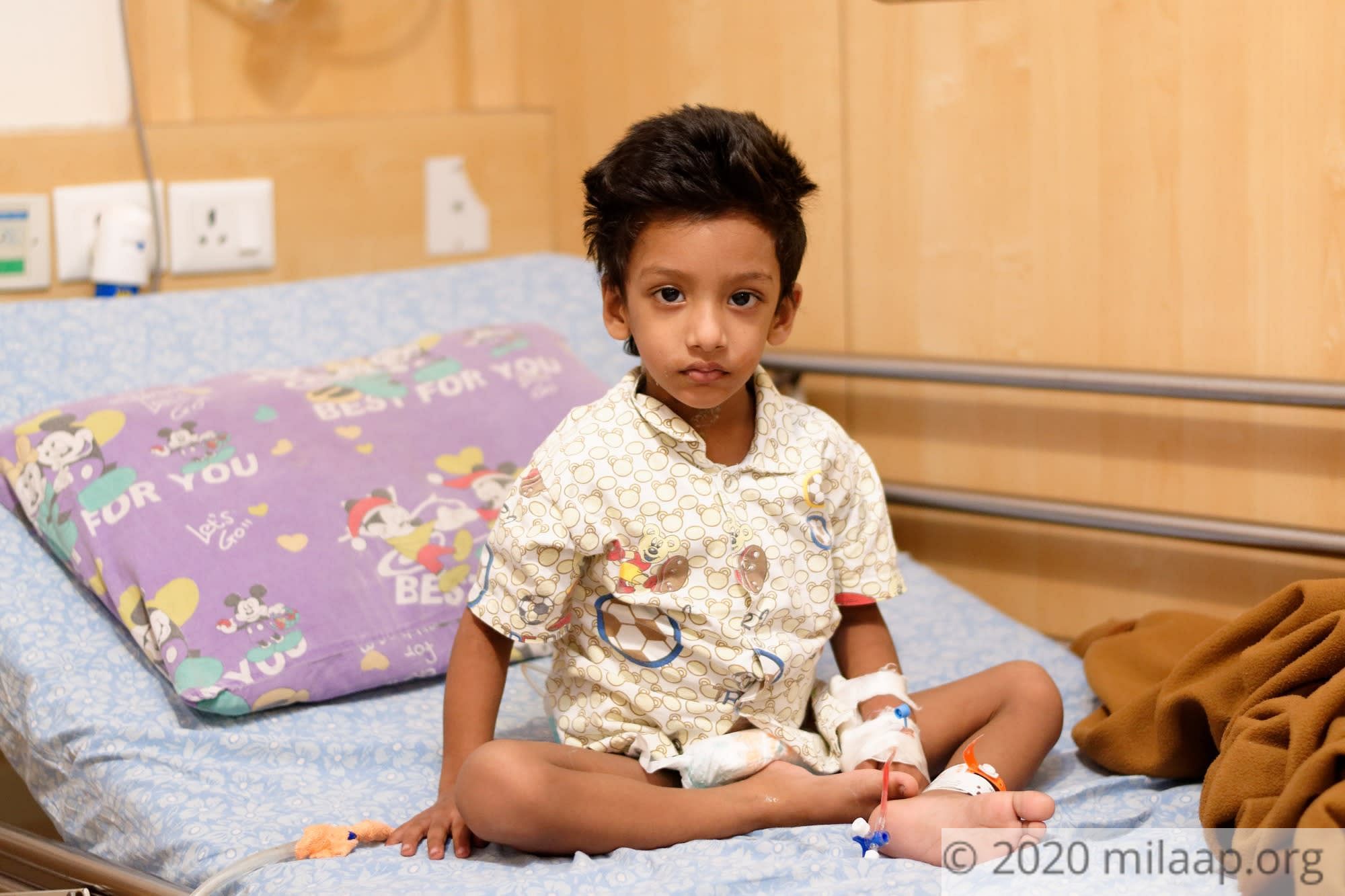 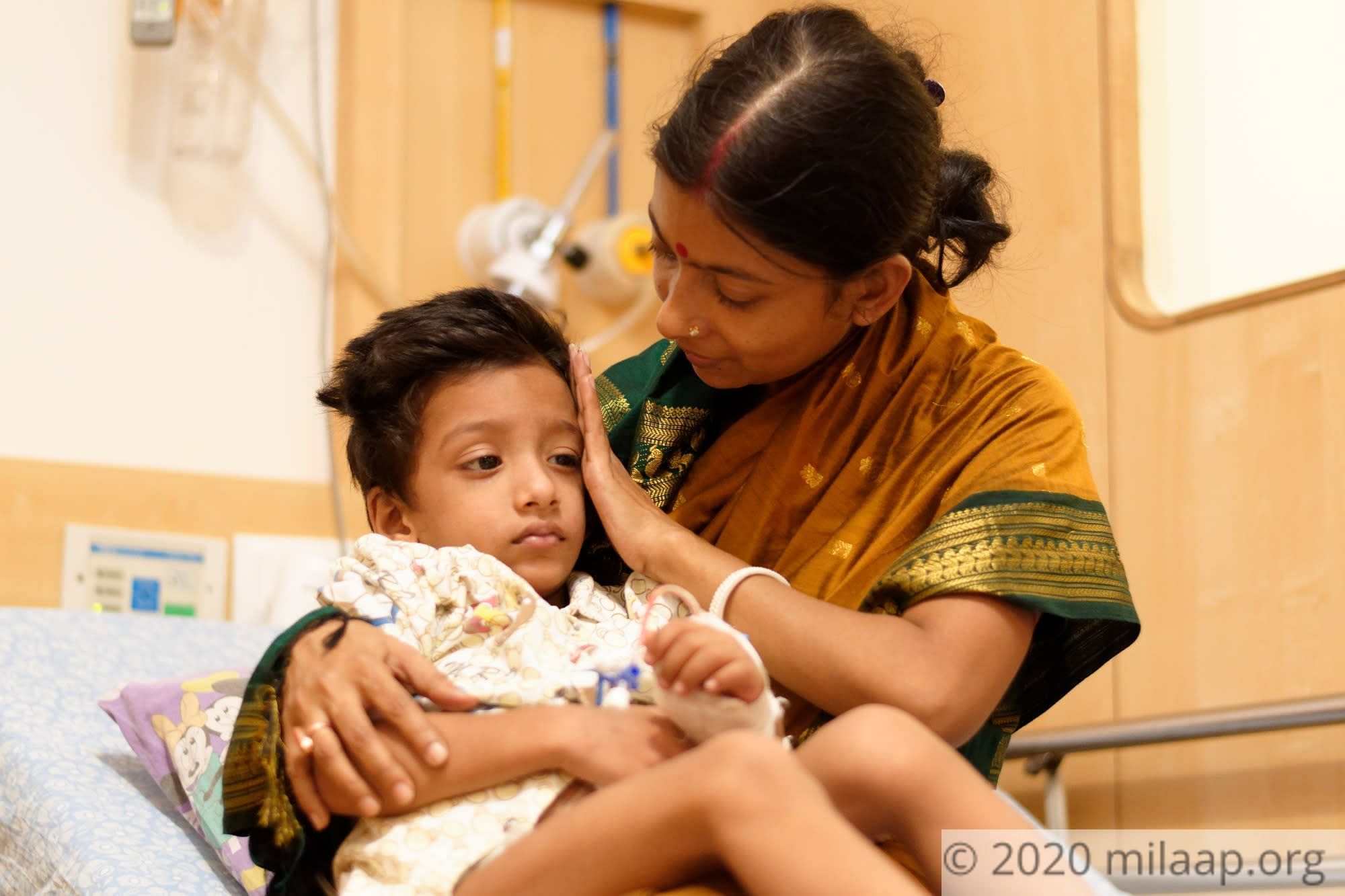 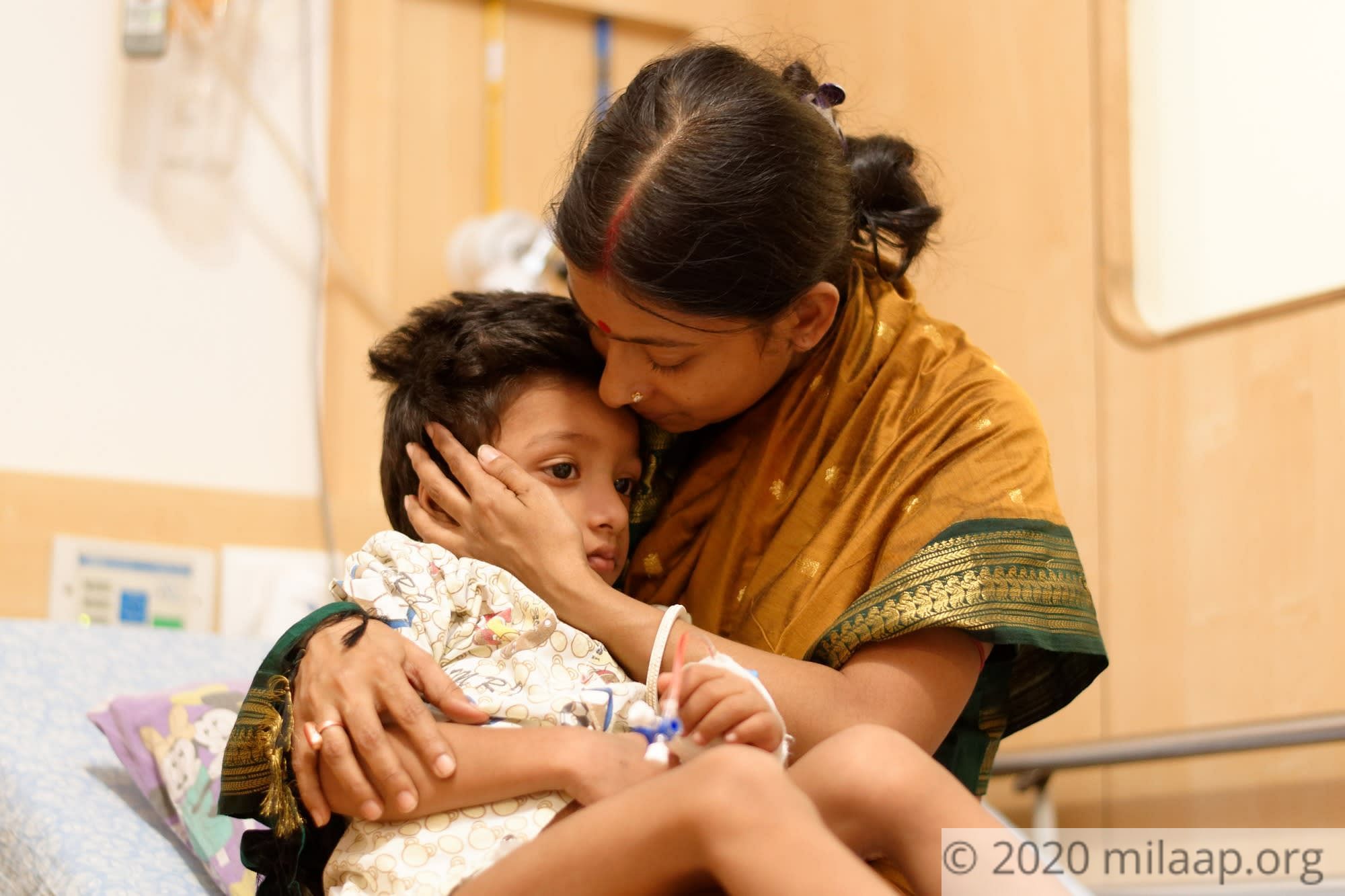 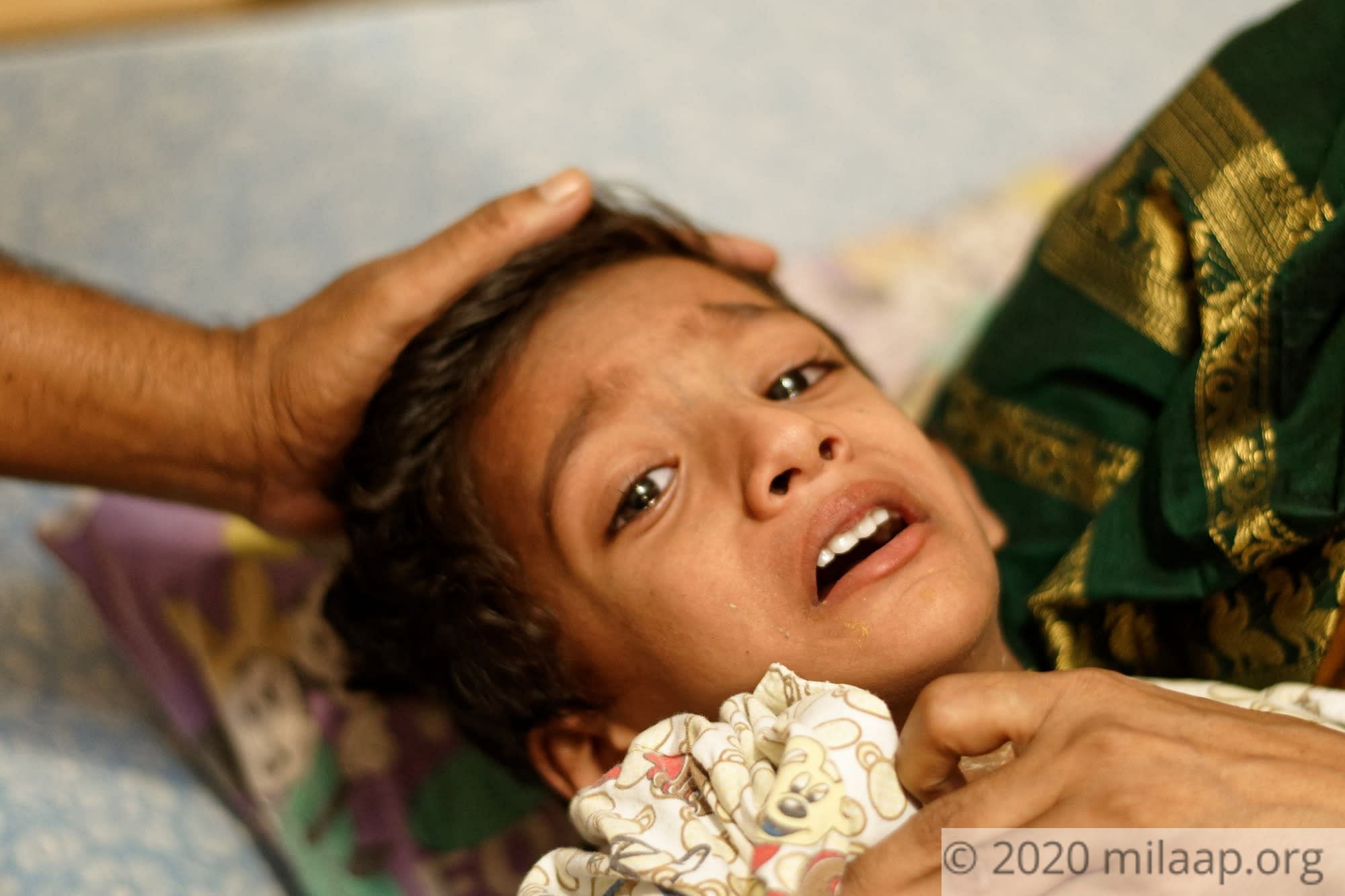 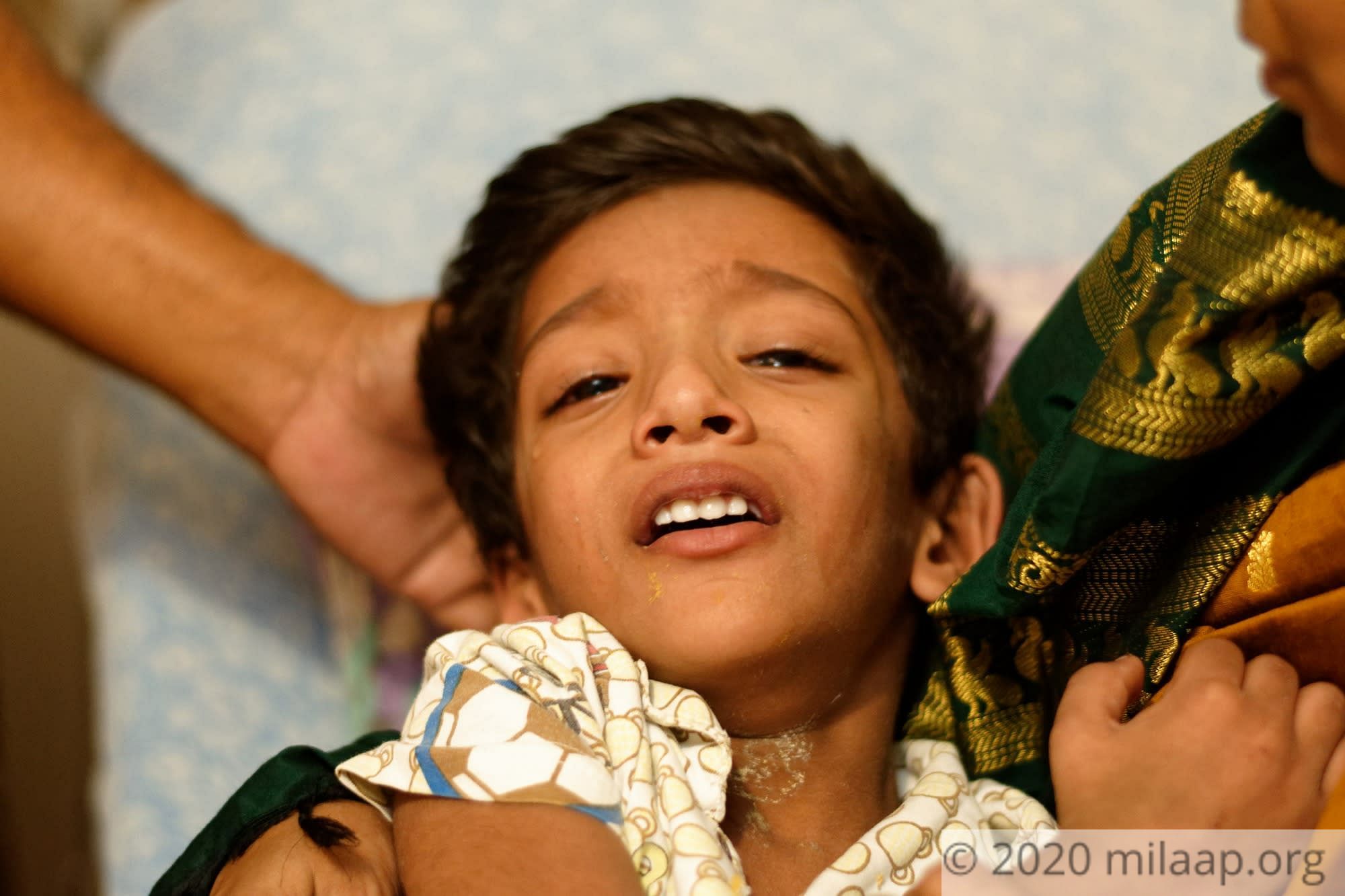 "I don't know how this could even happen. My son showed no signs of anything being wrong for 2 years after his birth. Now they are telling me he just has one kidney and even that is not functioning well. They talk to me about surgeries. How is my baby supposed to handle all this pain, these cuts and stitches, at just 3 years of age?" - Rubi, mother

Rubi felt something was off when Sayan who is always so active and naughty, started being quiet. He would not eat or want to play. She took him to a local doctor but they told her it was nothing serious. But soon Sayan stopped urinating, and when Rubi took him back to the doctor, they were asked to immediately rush to a big city hospital. It was 3 years after his birth that they got to know he has only one kidney.

This 3-year old is living in immense pain

Little Sayandeep needs a two-part surgery to survive his condition. He has already undergone the first part, where the wastes that had accumulated in his kidney due to being overworked were removed. But the second and more important surgery that will ease the pressure his one kidney is going through, is still on hold. In the meantime, he is suffering greatly.

Daily wage labourer earning only Rs.5,000 a month struggles to afford these expenses

"They have inserted a pipe to drain out the wastes until the next surgery can happen. For now, every time my baby is touched, he writhes in pain, crying out loud. I'm just scared that if we keep delaying the surgery, his kidney will fail completely.  But I'm just a daily wager! Where am I supposed to get so much money?!" - Sushanta, father

Sayandeep is only 3 years old and bed-ridden since September. Without surgery, he will never be able to lead a normal life. His parents are trying hard to manage but somehow they are finding all the doors to be closed. Only we can help them save their son now. 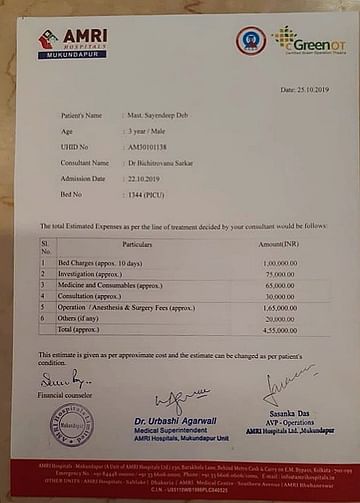 Click here to know more about Sayandeep Deb
Donate now
OR
Click here to read the instructions before you make a bank transfer.

Donated to this campaign via Bank transfer/QR Code? Click here if you can’t find your donation listed below.
RR
Rajaganapathi donated $60